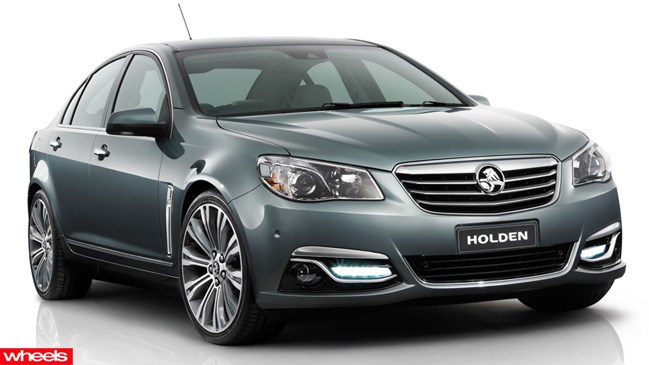 Holden has just revealed the Calais V version of its crucial new model that is expected in local showrooms this June.

Holden has just revealed the Calais V version of its crucial new model that is expected in local showrooms this June.

It says the new Commodore has grown-up, is sleek and sophisticated on the outside and has premium feel on the inside.

The Adelaide-made car has lost the blunt and brutal design of the VE Commodore, taking on a shape with more lines and curves that designers refer to as ‘organic’.

Holden has also completely overhauled the cheap and dated interior, which was a source of criticism for VE, replacing it with a cabin that is the clear highlight of the new model.

Wheels was given a special preview of the car this week and can report that these pictures don’t lie, the new Calais is the most luxurious Australian vehicle ever produced.

It looks less muscle car and more European premium and there are similarities with the BMW 5-Series, including the overall proportions and boot treatment, which Holden is only too keen to point out.

Today’s public unveiling was held in Melbourne’s Docklands, a stubby’s throw from Holden’s headquarters, where its engineers and designers have been toiling away for more than five years on what could be the last of the rear-drive Commodores.

Holden has confirmed another Commodore will be built in Australia when the VF winds up at the end of 2016, but the new car will sit on a global base and there is no guarantee it will be a large car or even rear-wheel drive, two features central to the appeal of the Commodore since it was introduced back in 1978.

The VF is an update of the VE Commodore of 2006, but it is an extensive one.

Holden has changed the front (forward of the windscreen) and rear (from the bottom of the rear screen) of the interior and completely overhauled the low-vent VE interior.

The company only showed the Calais V publicly today, but also presented the sporty SS to dealers and select journalists this week. Images of that car will be released this Friday at midday. The VF Commodore will also be exported to the US to be sold as a Chevrolet SS, an iconic American nameplate. That car, which is closely based on the SS Commodore, will be presented at Daytona Raceway before the first race of the NASCAR season on Saturday.

The revised Commodore Ute and Sportwagon are expected to be revealed in the next few weeks.

Holden has not made extensive mechanical changes to its local flagship, but is not ready to confirm the details of what has been done other than to say it will run fuel-efficient electric steering.

It has talked up the design elements of the new car including the features customers will find inside the cabin.

These include several items not seen before on Australian large cars such as a self-parking system, which can automatically park the car in both parallel and perpendicular spaces (not many can do both), which will be standard on all cars.

Some cars will also get lane-keeping assistance, collision alert, a blind-spot warning system and a Head Up Display (HUD), which is currently limited to luxury brands BMW, Audi and Lexus. HUD projects your speed and other relevant information such as navigation guidance and the current gear onto the windscreen above the dashboard, allowing the driver to monitor the information without looking down at the instrument cluster.

The new Commodore will use an aluminium bonnet and boot, making it the first Australian car fitted with panels made from the lightweight material and its slippery shape creates less drag. Both factors are expected to help cut the car’s fuel consumption, although the savings are yet to be disclosed.

Holden’s designers, who started shaping the VF back in 2009, were determined to make the car look more sophisticated.

It said the overall proportions of VE were good and didn’t need to be changed. It left the roof, windows and doors the same and continued to make a feature of the car’s pumped out wheel arches.

GM Holden chief designer, Richard Ferlazzo, describes the car as ‘more serious’ and ‘well-planted,’ adding that while the VE design was ‘sheer and geometric,’ the VF look is more ‘fluid and sculptural’.

GM Holden design director, Andrew Smith, said: “The (exterior) design feels a little more grown up, it is sleek, upscale and the surfacing is somewhat sophisticated.”

There are plenty of chrome highlights applied to the car, a treatment Ferlazzo says has lasted through the ages of vehicle design.

Holden showed one Calais V with 20-inch wheels, but the standard wheel for the premium model is likely to be 19-inch, with 18-inch alloys also available.

Smith said the changes made to the exterior and impressive, but the interior changes are even better.

“I’m blown away by the interior, it really is what everyone is going to be talking about,” he said.

“All the (VF) interiors take a massive step forward, not just in the technologies…but in the premium content and the fit and finish, the materials we have used.”

Almost the entire cabin is different, apart from the roof, with a totally new dashboard design and centre console, door skins, all-new seats and a fresh steering wheel, with a flat bottom for the premium models.

There is an eight-inch centre information screen, in all models, which can be used to control smart phones and music devices that are either plugged in or linked by Bluetooth. Occupants can even use the pre-loaded Pandora application to access internet radio, using their phones to stream the audio through the head unit (although customers will need to keep an eye on the data usage).

There is also a dual zone climate control with a temperature read-out on each dial.

A combination of leather-look material and synthetic suede is used to dress the dashboard and doors, in all models, and adds to the high-class impression.

Holden has also used many more chrome highlights throughout the interior, while woodgrain is also used in the Calais.

The design is much cleaner, the surfaces are softer and look far more premium than those of the current car. There is also a keyless entry and start button so customers can leave their keys in their pockets.

Holden has ditched the unloved bulky handbrake design of the VE, switching to an electronic handbrake switch instead. It has also, finally, repositioned the window winder switches from the centre console to the doors.

There are two kinds of seats, with new foam and trim, while heated seats are available for the first time.

Unfortunately, the rear seats don’t fold down and customers will continue to make do with a ski port built into the centre seat. The chunky windscreen pillars, which can obscure vision through corners, have only been mildly revised and appear the same width or only slightly narrower.

Holden will introduce some bold new colours with VF including a rich green, which has been given the interesting name Regal Peacock, another grey, called Prussian Steel, and a vivid Fanta orange colour called Fantale.

All up, there will be 10 colours to choose from.

Holden has clearly invested a considerable amount in the VF Commodore, although it refuses to say how much, but it remains to be seen whether the new car will trigger a revival of the car’s fortunes in Australia. It is worth noting January was the worst month on record for Commodore, with just 1656 sold, the latest chapter in a long-running story of decline.

GM Holden managing director, Mike Devereux, conceded the VF Commodore will not return to the dizzy sales heights that accompanied the arrival of VE in 2006, but is still confident it make an impact.

“I think this is going to change what people think of large cars in this country,” he said.

“This is a car that is going to reconnect Australians with the name Commodore because it is absolutely world class in every respect.” 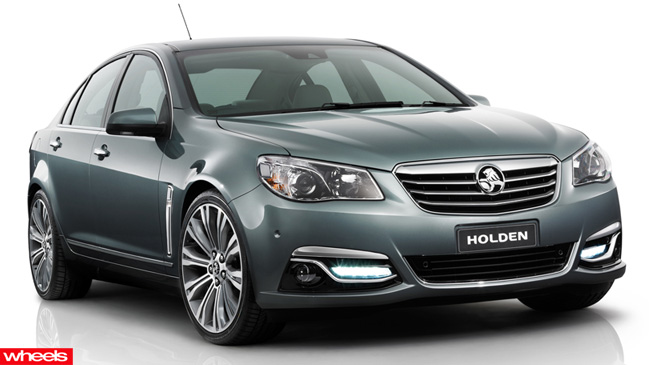 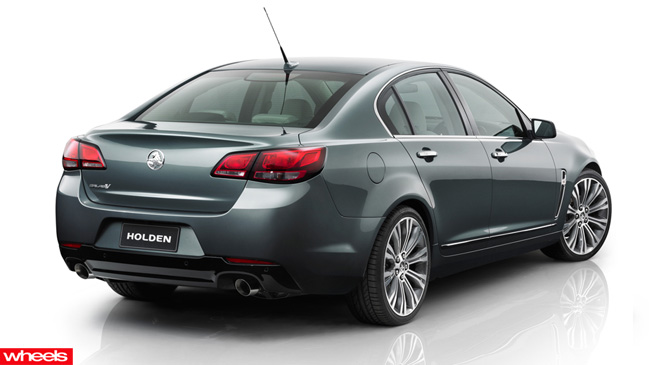 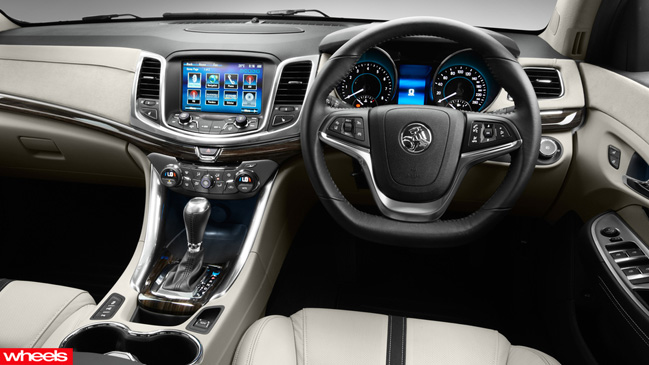