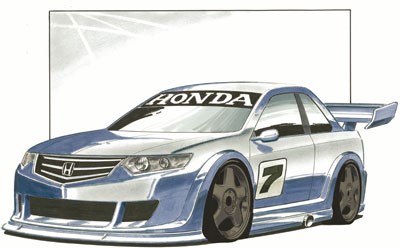 No V8 supercars for Honda, but it may dive into Aussie Racing Cars.

V8 Supercars is struggling to find other brands to race in its sagging series. Honda doesn't want to play, though it could be set to join the Toyotas, Fords and Holdens in all-action Aussie Racing Cars.

V8 Supercars is attempting to re-invent itself as something more than a two-make series reliant on Holden and Ford models, but is finding the economic downturn has left the car industry focusing on more important matters than a major commitment to Australian motor sport.

While Holden boss Mark Reuss has called for more brands to enter as a matter of survival for the category, it's hard to think of any manufacturer or importer with the three imperatives - an old fashioned push-rod V8, the inclination, and the money.

Holden's own future is far from secure, with its parent company GM on the brink of bankruptcy.

Some teams that have lost Ford or Holden support are desperate to align themselves with other brands. Next year may be too late to save some teams whose deals with major sponsors expire at the end of this year.

Very few car brands are making money at present. They have also noted that V8 supercars are facing falling attendances as money becomes tighter. TV audiences are on the slide too.

In any circumstance, forget Mercedes, BMW, Audi and Lexus. No premium brand wants to play with a couple of low-tech models best known in Oz as fleet cars.

Toyota Australia outsells Holden and Ford combined without going near V8 supercars. It is also very eco-focused with its Prius hybrid, Yaris and Corolla. Involvement with thirsty V8s would send mixed messages to the market.

Honda too is emphasising its solid green credentials, a positioning a million miles away from V8 supercars (ethanol alone doesn't do it, lads).

Chrysler-Dodge has the NASCAR precedent in its favour, but has an empty war chest.

The last time Nissan played in Australian touring car racing, it was told to bugger off by the rule makers. Now it happily gets good value with its GT-R pace car at the head of V8 supercar fields, quietly reminding the punters that in the early 1990s it would routinely blow the doors off the local iron.

Complicating the scenario is V8 Supercars' behind the scenes push for its own Car of Tomorrow, a generic chassis aimed to suit any future participant. The CoT is apparently due to appear in 2012, suggesting some people are in no hurry to change the current formula.

Honda Australia may feel a jump into the crowd-pleasing Aussie Racing Cars formula an attention-getting but relatively cheap alternative. A rally programme is also a possibility for the prestigious Japanese brand.

Honda is considering a proposal for an Accord Euro with a DTM influence penned by James Ward of Aussie Racing Cars.

In a departure from the norm, the proposal includes the use of a Honda engine from the CBR1100XX Super Blackbird motorcycle.

In standard form, the Blackbird puts out more grunt than the 130-horse Yamaha engine used exclusively in the category until now. It also has a six-peed sequential box, one more cog than the Yammy.

Phil Ward and his Aussie Racing Car team says that restrictors would be used to equalise performance between the two engine types in a parity category that is run on the same "benevolent dictator" lines as NASCAR.

The enthusiastic Ward senses that the Honda powerplant would sound very different from the Yamaha-powered cars.

Ward, who has been operating Aussie Racing Cars since 2001 and lays claim to be Australia's busiest current race car manufacturer, says that importers view the category as a fun, cost-effective alternative to other forms of racing.

He cites Toyota as an example of a car brand that is getting great rewards from its relatively small investment in the Aurion-bodied Aussie Racing Car.

The category is also catching the attention of real racers who can't believe how tight and exciting the racing is - and at an affordable budget. The cars cost around $50,000 ready to race, with a further $50,000 for a season-long campaign which also includes glam events, the Australian Grand Prix, Surfers and the Clipsal. 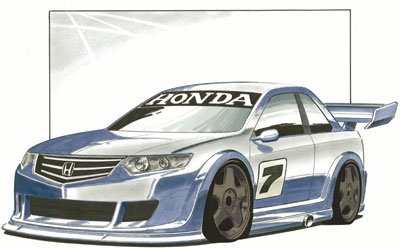 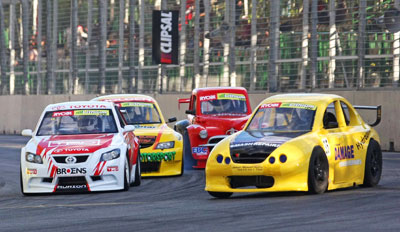 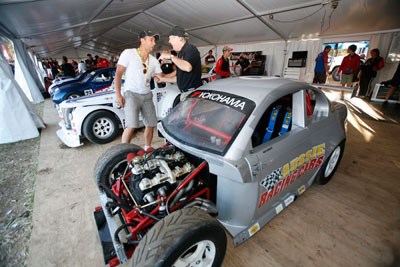