How to outsmart car thieves 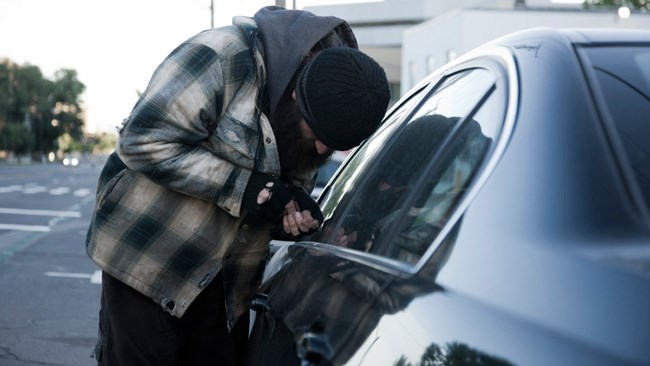 Not everyone owns — or can afford — super-safe cars. And with the latest data showing that a vehicle is stolen every ten minutes in Australia and one in every 120 households fall victim to vehicle theft, it helps to know some rudimentary ways in which you can prevent your car from being broken into and stolen.

Upmarket German vehicles dominated the recently announced list of cars that were named least susceptible to theft in Australia by the National Motor Vehicle Theft Reduction Council (NMVTRD). Among them were the Audi A4, VW's Passat, Tiguan, Polo and Golf, as well as the ultra-premium Jaguar XF from Britain.

However not everyone owns — or can afford — these super-safe cars. And with the latest data showing that a vehicle is stolen every ten minutes in Australia and one in every 120 households fall victim to vehicle theft, it helps to know some rudimentary ways in which you can prevent your car from being broken into and stolen.

It may surprise you to learn that vehicles over 10 years old make up the majority of cars stolen in Australia because their lack of modern security features makes them easier targets. Therefore the best way to prevent theft is by fitting an electronic device to stop the car being started under its own power.

"The best thing an owner of a pre-2001 car can do is fit an Australian Standards engine immobiliser," says Geoff Hughes, Director of Strategy and Planning at the National Motor Vehicle Theft Reduction Council.

"All you've got to do is take the keys with you, leave your vehicle, and an Australian Standards immobiliser will arm itself in 40 seconds," he said.

Always opt for an immobiliser over a car alarm as well. There's no harm in having both, but an alarm will only alert you to "smash & grab" theft, while an immobiliser protects the whole vehicle.

That's if you even take notice of car alarms.

"The community's become pretty immune to them — they're viewed as being a sort of environmental noise and quite often will be triggered by false alarms. Some of them are vibration sensitive or sound sensitive, so if a Harley Davidson rumbles by it'll set the alarm of and it just becomes urban background noise."

Leave nothing of value in your car

Its common sense but so many of us still encourage vehicle theft by leaving valuable items like laptops, mobile phones and jewellery in plain sight even though the car is locked. You should also never leave a satellite navigation system stuck to the windscreen.

Steering locks are mostly a waste of money

Once broken into, older cars can be manoeuvred away by simply disengaging the integrated steering lock — as long as someone else is behind pushing. A good way to discourage this is by fitting a club-style steering lock that fits over the wheel and can only be removed with a key.

However research by the NMVTRC has found that the majority of steering locks have relatively weak locks or can be easily cut through with a hacksaw.

Check your doors after locking

The most dedicated car thieves can use radar jammers to block the signal when you lock your car remotely. The range of these devices is fairly limited, so if you park near someone who looks suspicious always check your car is properly locked by trying one of the doors before you walk away. Unfortunately this doesn't really work if you own a car with a keyless entry card.

Don't leave keys in the ignition (even when it's cold)

Never be tempted to switch your car on to warm it up before your early commute and then walk away with the keys still in it. Car thieves get up early too, so if you want to wake up to a warm car then invest in a timed heater for your car. Many of these can be remotely activated by your mobile phone. Otherwise a car that's stolen with the keys left in it will leave you completely ineligible for an insurance claim.

Be wary when buying and selling used cars

Anything can happen when you hand over your keys to someone and let them do as they please with your precious ride. So no matter how trustworthy a potential buyer for your car looks, always insist on riding along during their test drive. There's no reason someone who is genuinely interested shouldn't be okay with this. Asking to take a photocopy of their driver's license is also a good idea.

You can also lose a car — and the money you paid for it — that you have bought privately if the vehicle is later found to have been stolen. The best way to prevent this is by using the Personal Property Securities Register (PPSR) — a recently announced government initiative that allows buyers to check the complete history of any used car in the country they are considering buying. The on-line service confirms not just if a vehicle has been recorded as stolen, but also if the car has ever been declared a write-off. This is important because criminals will often use write-off status to disguise a stolen car's true identity, or rebuild a damaged vehicle with stolen parts.

Say no to alarm branding

You might think it's a deterrent for thieves to see the sticker of a name-brand alarm system prominently displayed on one of your windows. However all this does is provide them with more of the information they need to crack the system. A better idea is to use a more generic sticker that warns your car is tracked by GPS.

Numberplate theft is also a big issue in Australia.

"It's certainly a concern to police right around the country — primarily linked to the fluctuations in petrol prices. There's a direct correlation between periods of elevated petrol prices which we've just gone through and numberplate theft," says Hughes.

So if you don't want someone else racking up speeding fines and demerit points in your name then consider getting some tamper-proof or one-way screws to fix your numberplate to your car. These can be found at most hardware stores.

Watch out for the key switcheroo

This is another trick to be wary of when selling your car privately. If an interested buyer takes an unusual amount of interest in your keys then they could be sizing them up to make a dummy set. Then when they return for a second inspection they can pull a swift switch-up without you noticing. Next thing you know your car is being driven away in the middle of the night while you're left with nothing but a dud set of keys.

Don't even think about picking up hitchhikers

Your mother was right when she told you not to talk to strangers. Hundreds of vehicle thefts have occurred because of good Samaritans thinking they were doing the right thing by helping out hitchhikers. Just keep driving.