On Saturday 5 December, legendary Australian racing driver John Harvey passed away after a battle with cancer. He was 82.

John was best remembered for his role in the all-dominant Holden Dealer Team, and in particular his partnership with the late Peter Brock and their win in 1983.

“Last night at 8:45 sadly our Dad, John Francis Harvey, passed away peacefully with his family by his side,” read a communique from John's family.

“Most people will have fond memories of Dad’s amazing racing career and the great memories of him will live on forever.

“To us he was much more, a wonderful husband, father, grandfather and great grandfather, supporting all of us whenever we needed his guidance and love.

“What a life he has lived travelling the world racing with and against the best in the business, always a true gentleman.

“We all know his most proudest achievement was us. We will dearly miss him but we know the time was right.”

This interview was conducted in 2017, and stands as a fitting tribute to the former Bathurst 1000 winner and Motorsport Hall of Famer. Our sympathies are extended to John's family and friends.

In simpler times, touring car racers were production-based, if still far from showroom stock. To aid the process, manufacturers made special, limited-volume models with performance parts that could be more easily modified for racing.

It’s called homologation, which is derived from the Greek homologeo, meaning approval. Homologation specials abound in motorsport history, but it is nearly three decades since The General produced Australia’s last race-bred road car.

A lull in the homologation wars enabled Holden to develop the Group C racing version of the original VB Commodore without producing a road-going racer. 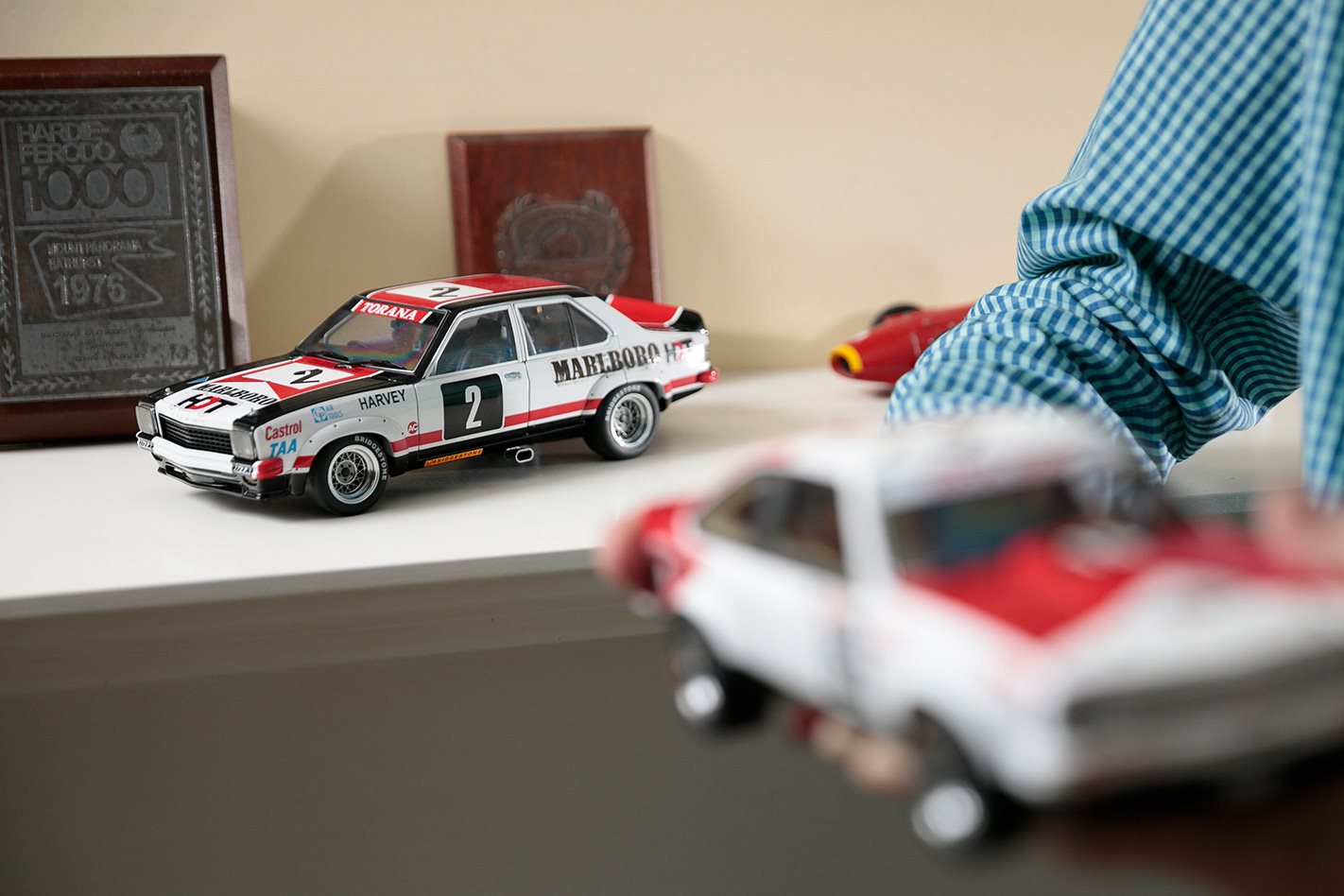 One was considered – a 350 Chev-engined beast – but it never went ahead due to a big change in the way Holden went racing from 1980.

Essentially, the Torana A9X racing mechanicals could be carried over.

The A9X was at its peak in 1979, sweeping the Australian Touring Car Championship and endurance races, including the top eight places in the Bathurst 1000. More impressively, Peter Brock and Jim Richards scored the most crushing victory in Bathurst history, leading every lap and winning by six laps.

Just to rub it in, Brock – right arm resting on the door – set a new record on the last lap.

So the Commodore had a hard act to follow. Holden decreed that it was to be ready for racing in 1980 and then Holden Dealer Team manager John Sheppard cobbled together a test machine to begin trials in August.

Sheppard had taken over the running of the factory-backed HDT in 1978 following the retirement of legendary team boss Harry Firth.

Among his first initiatives was to bring Brock back into the team. ‘Sheppo’ had an impressive pedigree in racecar construction, preparation, and team management. 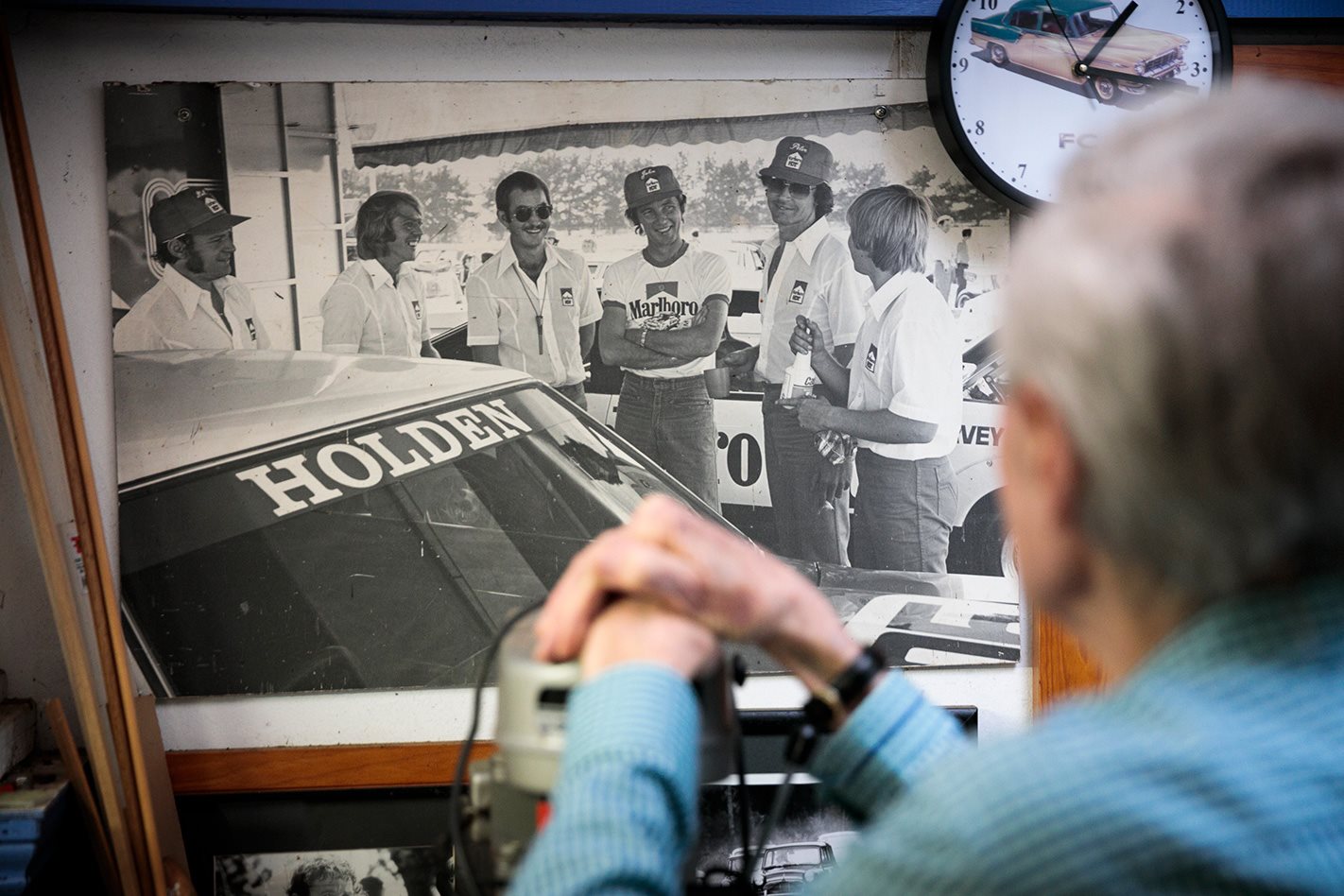 Renowned for his sharp tongue and laconic wit back in the day, Sheppard is still quick with a quip at 82, remembering development of the original Group C Commodore as a somewhat casual affair.

“Holden gave us a pilot production car and we just got the air chisel out and chopped the mudguards so we could put the big wheels on it,” he recalls.

“We put pretty much a bunch of A9X stuff in it and then just stuck a polycarbonate spoiler on the front of it, just a bit of flat sheet curved around just to keep the air out from under the car.

“We then took it out to Calder and did a bit of running with it. It didn’t look all that handsome with the big cut-outs in the ’guards and all that, but it served its purpose. As I recollect, it was producing A9X sort of times and we thought ‘Oh, that’s fair enough, given that it’s only a prototype’.”

The whole exercise was so laissez-faire that the test car wasn’t even fitted with a roll cage. “Brock was driving it, so we didn’t think there was much likelihood of him rolling it over,” Sheppo remarked. 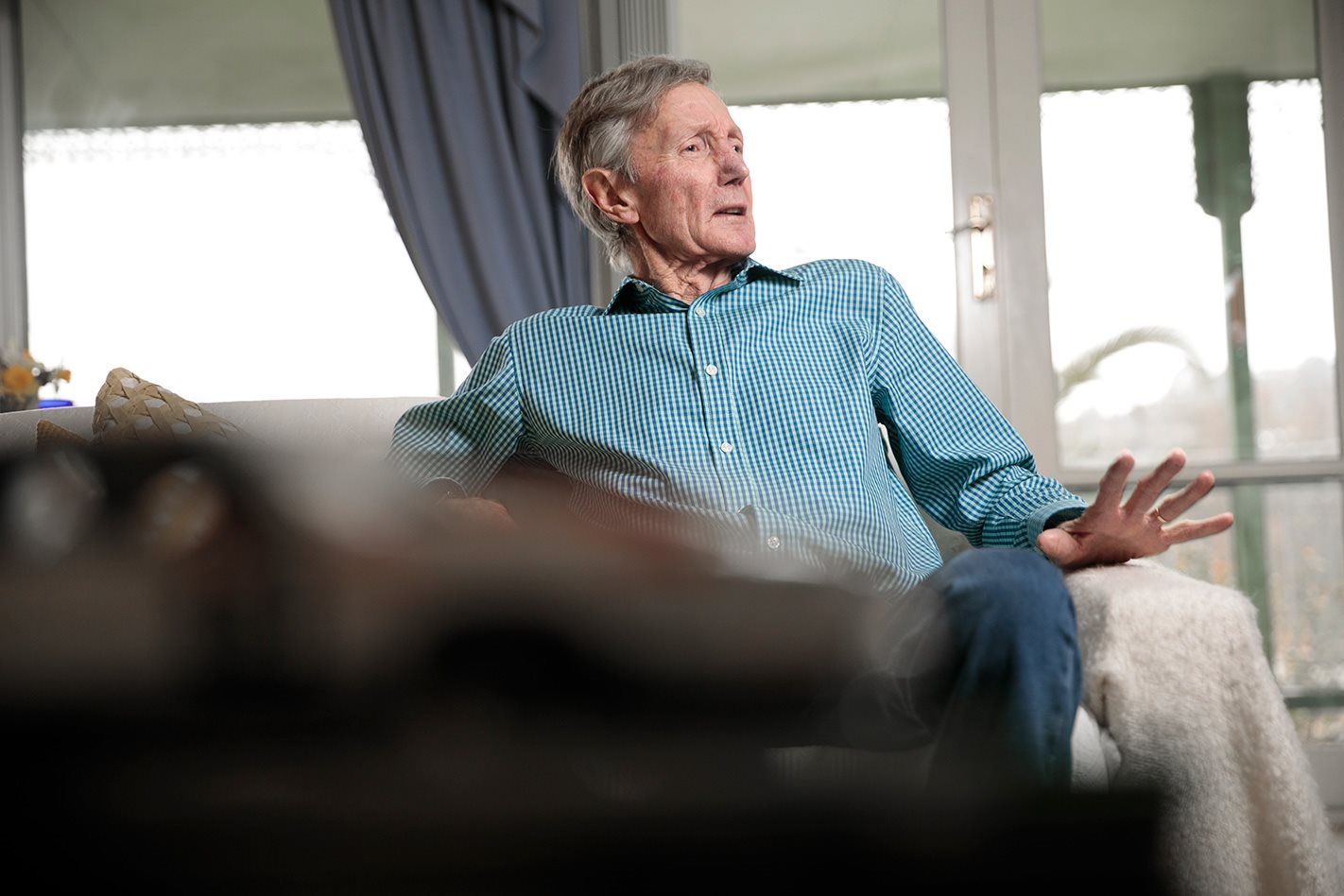 “So it was really just a toe-in-the-water thing.” Then in November ’79, Holden dropped a bombshell, announcing that it was pulling out of racing.

Hang on, hadn’t the official line always been that a worldwide GM ban on racing precluded Holden from competing directly? And, of course, there was no factory involvement in the Marlboro Holden Dealer Team.

But there it was: Holden was officially withdrawing its unofficial support of HDT, which Sheppard was directed to sell. He offered it to Brock, who secured the Holden-brokered backing of key major dealers, led by the late Vin Kean of Adelaide’s United Motors.

This time, dealers were really funding HDT, along with continued Marlboro cigarette money. In return, the select group of dealers that signed up had exclusive access to Brock-modified Commodores produced under the new HDT Special Vehicles banner.

Fortunately, development of the VB Commodore racer had been largely completed and Sheppard handed off the project to the now Brock-owned MHDT.

With the operation and most of the staff staying, even remaining in the same Chetwynd Street, North Melbourne, premises, little had to be done to get the Commodore ready for its competition debut in 1980. 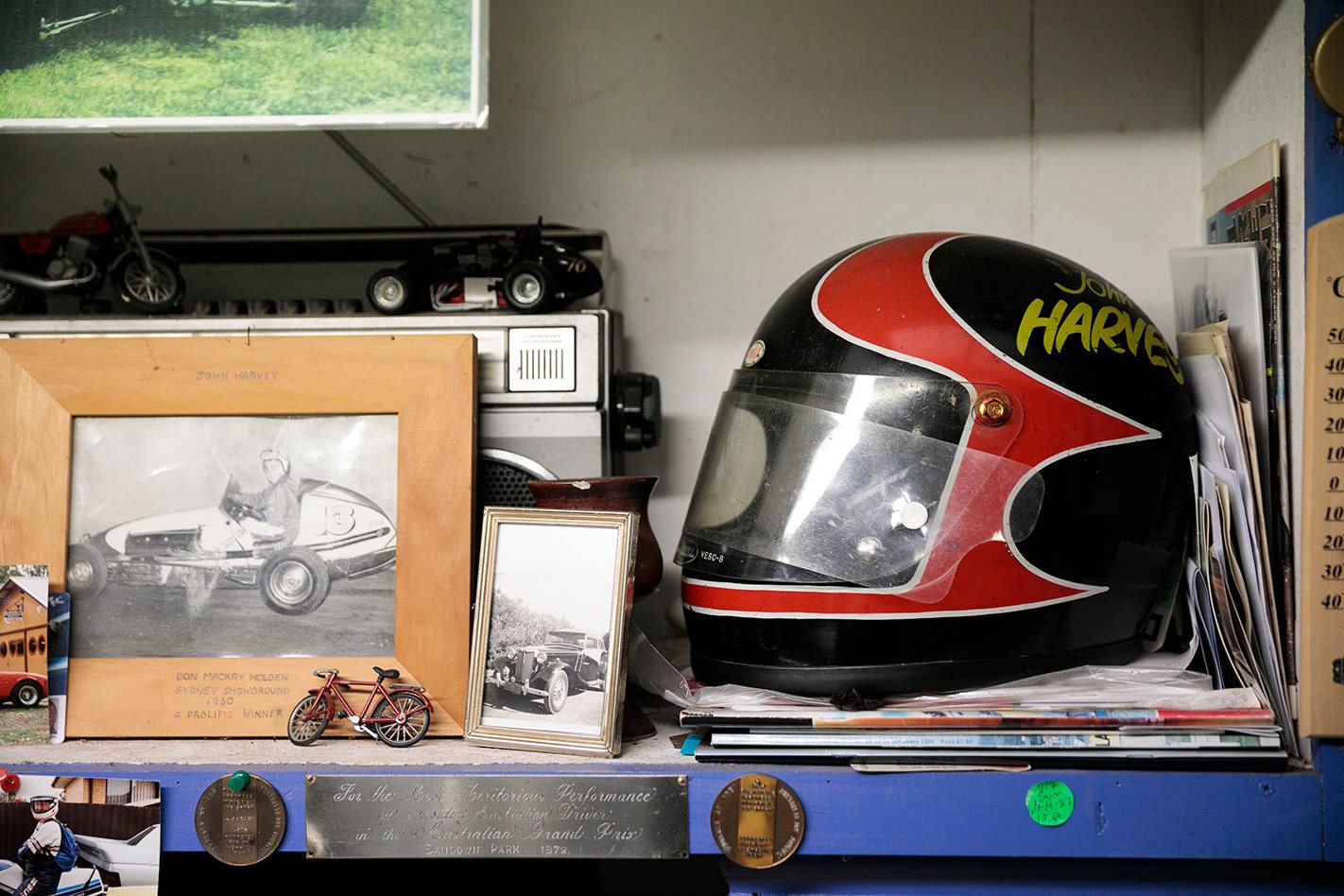 “It was really at a stage where it just needed fine-tuning to make a racecar of it. It was pretty well along.” MHDT’s change of ownership had a long-lasting impact on Brock’s teammate John Harvey, who became actively involved in the running of the team.

Harvey was an established driver who’d proved to be versatile and successful racing open-wheelers, sports cars, sports sedans and touring cars for Bob Jane before joining HDT in ’76.

Facetiously nicknamed ‘Slug’ by Brock, Harvey eventually took over the running of HDT Special Vehicles (HDTSV), which assembled Brock Commodores in a factory around the corner from the race team’s inner-suburban workshop.

Seven years later, he famously fell out with Brock, foreseeing the collision course with Holden and walking out just before the axe fell.

His experience at HDTSV saw him become one of the first senior employees of its TWR-owned replacement, Holden Special Vehicles, later in 1987, staying there for more than a decade.

According to Harvey, now 79, Holden was still helping in the background with the homologation of the VB Commodore, minimising the effect of the withdrawal in terms of racing.

“There were some key people within Holden – (senior engineer) Ray Borrett was one – who helped us all the way through that issue and it didn’t really make a lot of difference to us in terms of the assistance we were getting,” he says. 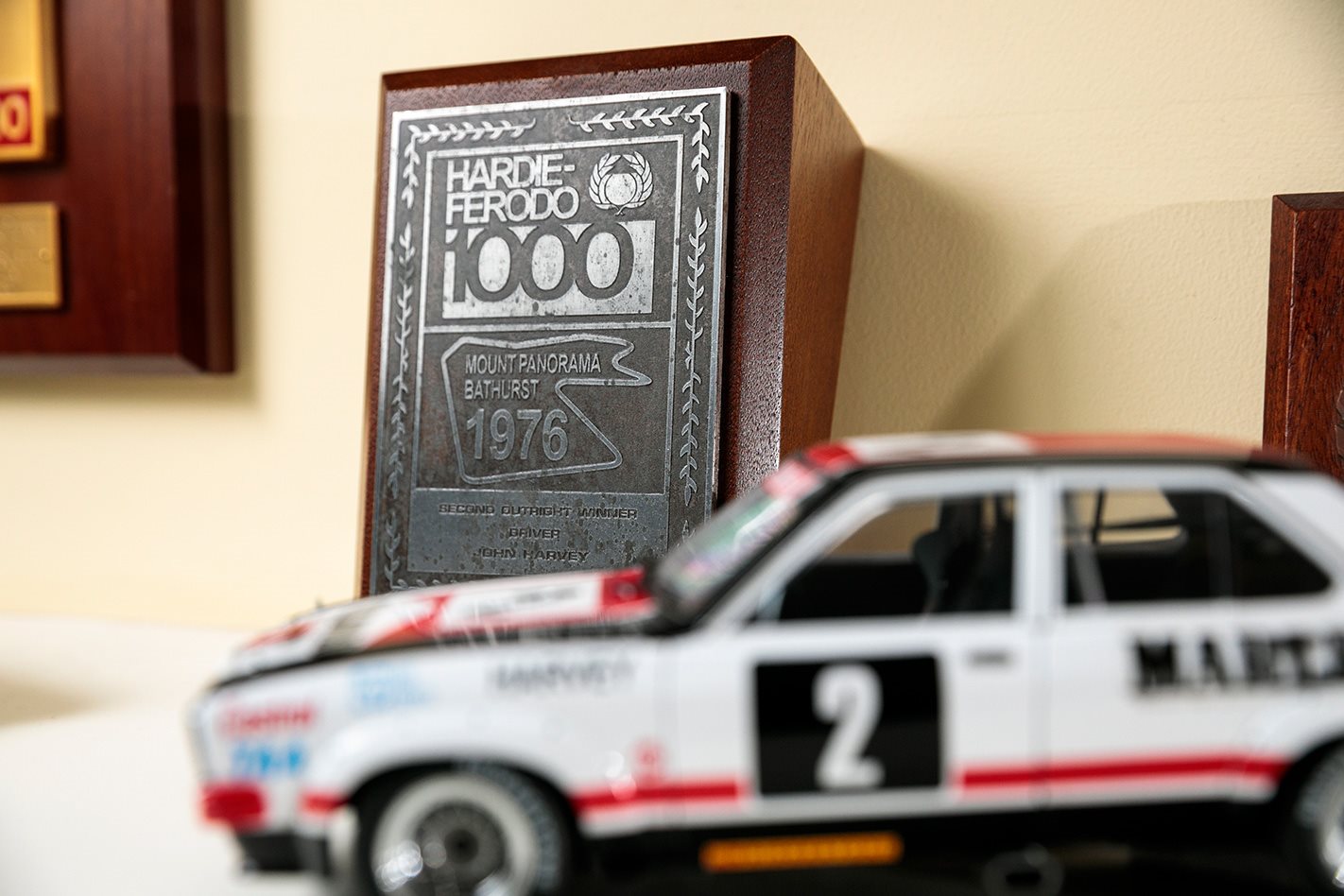 “Some writers had it that it was all over for us, but it really wasn’t. The race team was always going to be there.”

After Brock claimed his third and final ATCC title, winning four of the eight rounds and gaining pole position for every race, a VC update was introduced for the long distance races.

Along with minor mechanical upgrades, the main visual change was the addition of the HDT road car’s large boot spoiler.

Brock added victories in the Sandown 400 and Bathurst 1000 to complete what he called “a Commodore crushing”. Shockingly, he was joined by Ford arch-rival Allan Moffat at Sandown in the second MHDT entry, which finished third, two laps behind ‘Peter Perfect’.

Moffat, who had lost his Ford factory backing, was free to change camps in a one-off publicity coup because his own XD Falcon wasn’t ready to race. It wasn’t his first appearance in a Holden – he guested in a Ron Hodgson Racing A9X at Amaroo Park in ’79 – nor his last.

The Canadian arch-villain of Australian touring car racing in the 1970s and 80s co-drove with Brock for Mobil HDT in ’86, campaigning at home and abroad.

Getting back to 1980, Harvey reveals that Holden was also very much involved in HDT Special Vehicles behind the scenes, providing engineering assistance for the initial VC Brock Commodore. 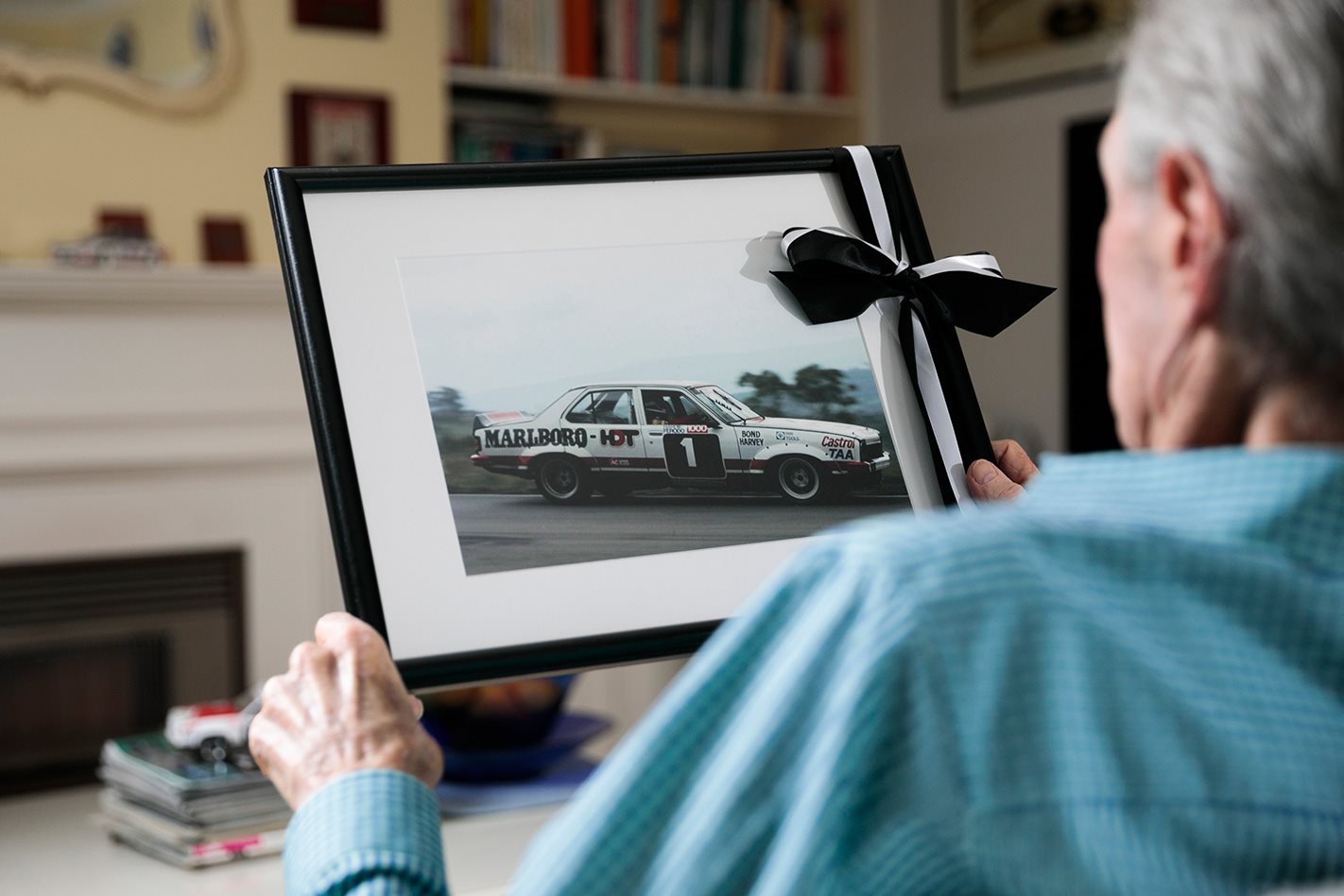 Officially known as the HDT, it was an immediate success. “We worked closely with Holden and had good support from them. Key engineers were on our side and they guided us through the whole GM system,” remembers Harvey, who liaised with managers and senior executives at Fishermans Bend.

“It all had to be done within GM policy and standards, which it was.”

They expressed a preference, for example, for the Irmschers over other candidate makes of sports wheels.

As well as a pivotal role in the development of iconic Commodores, Harvey has an important place in the history of Holden’s most enduring hero car.

With Moffat, he won the inaugural World Touring Car Championship race at Monza on March 22, 1987. Ironically, the car had been secretly procured from Brock by Moffat before the bust-up with Holden. 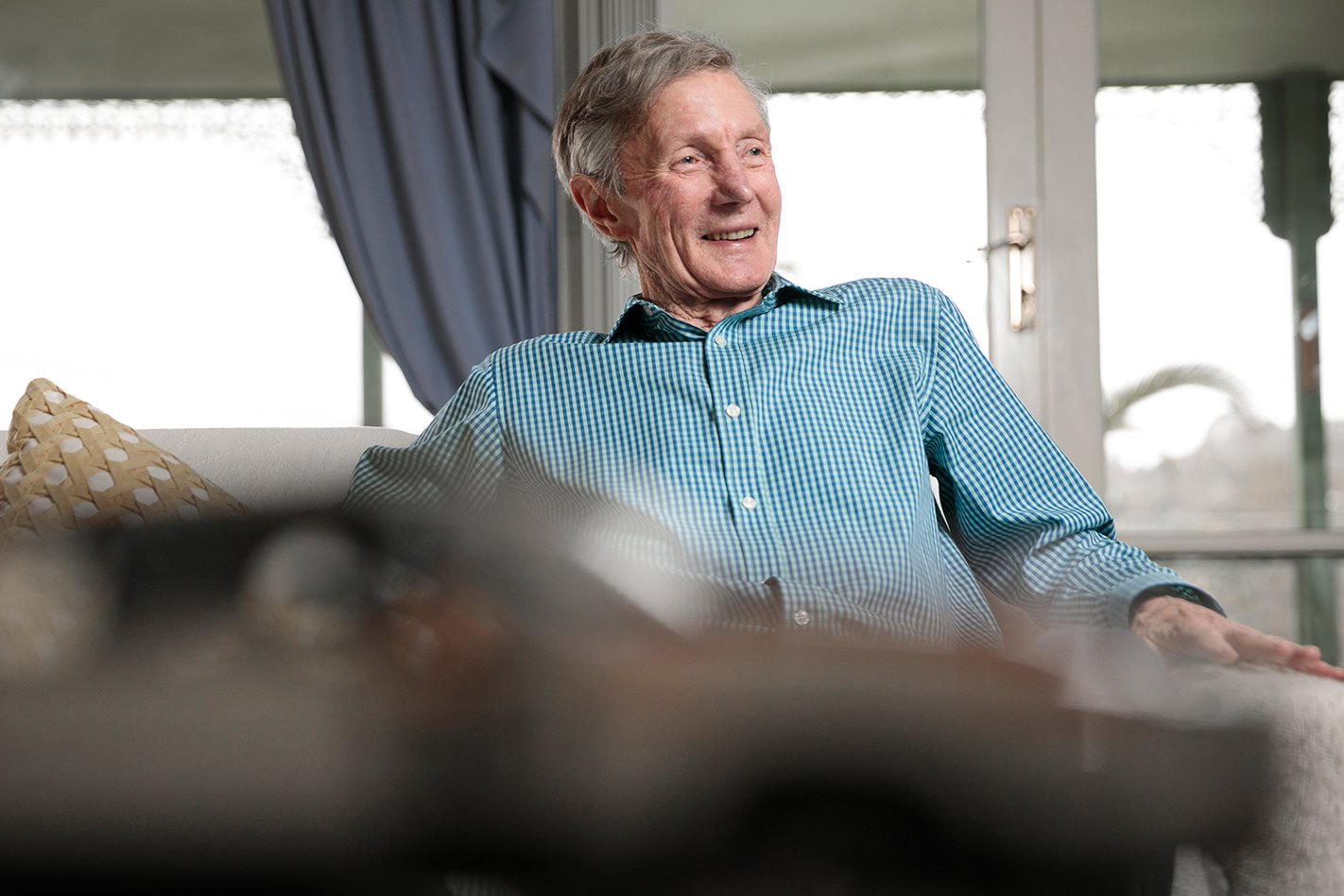 “Moffat had four friends who were fairly wealthy and were backing him,” Harvey says. “One of them rang Brock out of the blue, wanting to buy the car.

"So Brock, being keen to get some money because he needed it desperately, sold it, not knowing it was actually for Allan Moffat.

"It was a complete car on four wheels, ready to put an engine and transmission in and go racing.”

Moffat’s and Harvey’s unexpected success at the temple of speed was the highlight of a budgeted-limited four-race program.

The Aussie underdogs did further distinguish themselves against the big-budget Group A elite by finishing a respectable fourth in the Spa-Francorchamps 24 Hours classic.

Harvey’s other great Commodore racing moment was a share of victory at Bathurst in ’83, despite being overshadowed by Brock and Larry Perkins switching to his #25 MHDT entry – as allowed by the cross-entry rules back then – after their #05 car dropped out.