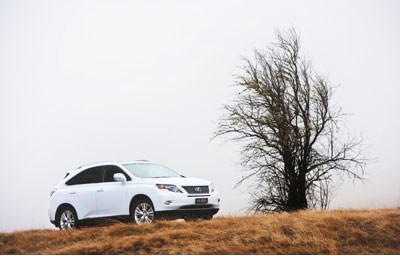 Like its huge parent company Toyota, luxury car maker Lexus has hybrids very much on the agenda for its current and future personal transport solutions.


Lexus's tone is quite dismissive of diesels and other current fashionable fuel-saving technologies, suggesting that hybrids offer distinct advantages off into the foreseeable future.

It is planning a full range of hybrids for the Lexus catalogue. Launching the world's most efficient luxury hybrid SUV, Lexus declared that it "is almost guilt-free lifestyle transport".

The new RX 450h (available from July 13) sets fuel economy and efficiency figures closer to that of some small four-cylinder hatchbacks yet has lively-enough performance.

The petrol-electric hybrid officially consumes 6.4 litres of petrol per 100km (combined city/highway cycle) while emitting 150grams of CO2 - an emissions figure not achieved by any other luxury SUV in Australia.

Lexus claims a couple of world firsts, including the first production Atkinson Cycle V6 hybrid engine, and suggests the RX 450h's combined output of 220kW from the petrol/electric system makes it the most powerful luxury hybrid SUV.

The RX 450h is also the first hybrid vehicle to be exempt from the Federal Government's Luxury Car Tax (because its fuel economy is below the required 7.0L/100km). This saves more than $4000, meaning it can go on to the market starting at $89,900.

Lexus pioneered hybrid technology at the premium end of the SUV market when it launched the RX 400h in Australia in 2006.

Lexus now has four hybrids in its range, clearly banking on the technology as the way forward.

Lexus Chief Executive, John Roca makes no bones about his company's intentions. "With RX 450h we have diesel competitors firmly in our sights, and with Lexus' unique blend of power, efficiency, practicality and pricing, we are certain that RX will remain our top selling model." The Lexus goal is to have hybrid alternatives in all of its models.

The new hybrid, which replaces the first-gen RX 400h, is a step up in efficiency, technology and refinement. The quality, is, as you'd expect, unquestioned.

The Hybrid Drive in the RX 450h has a compound set of planetary gears and the two sets of gears combine to perform three roles. One set acts as a motor-speed reduction device for the electric drive motor, and the other as a power-split device, dividing petrol engine power between the generator and the front wheels.

The electronically controlled CVT smoothly adjusts the speed of the engine, generator and drive motor when the vehicle is accelerating or decelerating.

Engine power can be transmitted to the front axle via the mechanical path and the electrical path, or a mixture of both.

Some of the engine's power output is transmitted to the electric motor, via the generator, as supplementary power for vehicle acceleration.

As well as propelling the vehicle, the Lexus Hybrid Drive allows for energy-saving regenerative braking on both the front and rear axles.

The Lexus Hybrid Drive transmission acts as an E-CVT that can freely vary the petrol engine's revolutions.

RX 450h's generator fulfils a secondary role as the starter for the petrol engine.

The 3.5 petrol engine sits 16mm lower than the old RX's 3.3 and gives a lower centre of gravity and therefore improved stability and handling. The RX 450h changes direction easier, with reduced body roll.

Our 300km urban and rural test drive also revealed the new car's ride qualities have moved to a new level.

This drive, by the way, gave us an overall real-world fuel economy of 8.1litres/100km, a handy figure considering the RX's 2200kg weight and the mix of roads and conditions.

The RX line-up, a popular choice among yummy mummies everywhere, is also offered here with a 204kW petrol V6 starting from $81,900.

All are bastions of safety with a class leading 10 airbags, Vehicle Dynamics Integrated Management (VDIM) stability system and a raft of active and passive safety features.

As an issue, battery cost seems to have gone off the radar lately. Still Lexus says it has halved the price of hybrid batteries over the years. And in any case Lexus has not had a single battery failure in any car in Australia.

Lexus Australia expects the $107,900 450h Sports Luxury model to be the big seller initially, when early adopters do their thing. But the Prestige and Sports should dominate sales patterns in the longer term. Expectations are of 60 450h sales each month. 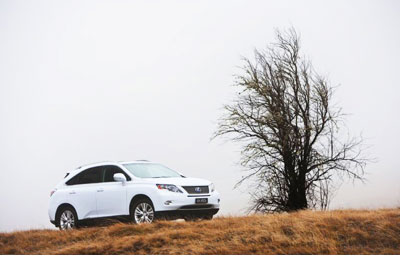 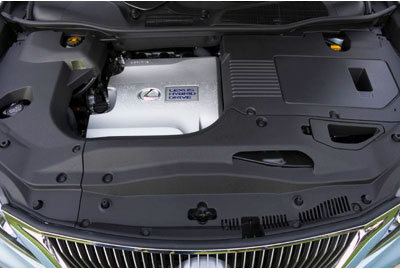 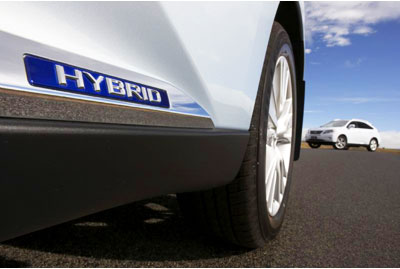