We pay tribute to australia’s most famous police car: the ‘600hp pursuit special’ from Mad Max.

Very rarely does a movie sequel live up to the original. Even on the off chance that the latest Hollywood blockbuster is actually a decent flick, you can bet Gran’s false fangs that Revenge of the Porky Titans on Ice will stink like February prawn heads.

Why filmmakers can’t leave well enough alone is beyond me, but, hey, one more thing I don’t understand isn’t going to rock the galactic boat, is it? Anyway, my theory holds true even for that most Aussie of all Aussie road flicks, Mad Max (1979).

Oh sure, there have been other Oz car culture flicks; a blind Max Cullen blasting through the mulga in a black ’57 Chev was a nice touch in Running on Empty (1982). And, as a Mopar fan, I still dig the thought of Nadine Garner in the jump seat of that wicked, silver, Hemi-powered Charger in Metal Skin (1994). 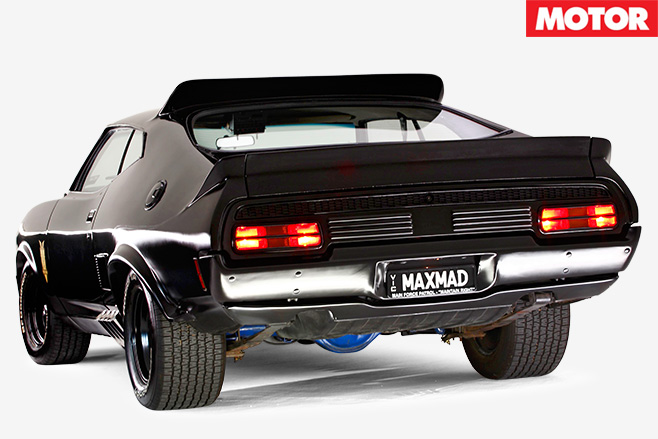 The Pursuit Special’s slant nose was the work of automotive stylist Peter Arcadipane. It was a popular mod for late-70s custom panel van builders, too

But let’s face it, Mad Max was, is and always will be The One. The second, post-apocalyptic Mad Max 2 (1981) had its moments, but chapter three (Mad Max: Beyond Thunderdome, 1985)? Spare me.

The point is that the original Mad Max is legendary. Mel Gibson was great in it (’cos they didn’t let him talk much and told him to just brood off into the distance a lot), Steve Bisley was masterful as bike cop Jim Goose and the short dress worn by Max’s squeeze, Jessie, also deserves a mention.

But it was the bad black coupe that had the star turn. Right from the Interceptor’s first scene in the workshop of the Halls of Justice (how corny does that sound now?) to the bitter end, as Max lays waste to the baddies, the two-door Pursuit Special is the film’s calling card. 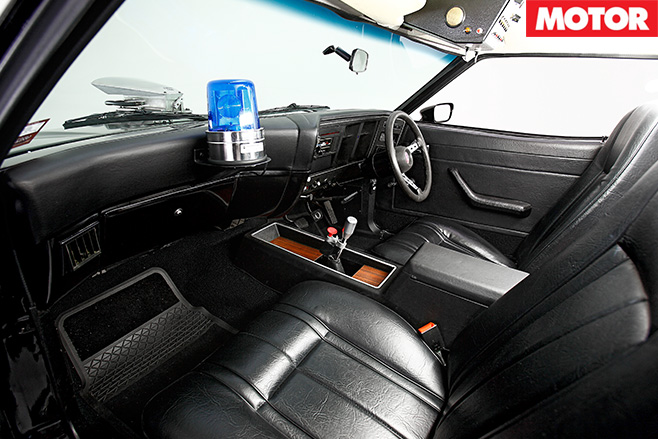 Let’s face it, any car that can justify lines such as “P-p-piece from here, p-p-piece from there” and “Kick her in the guts Barry!” is something pretty awesome. Production on Mad Max began in 1976 and one of the first jobs was to organise the rolling stock for what was to be a very car-oriented film. A bloke called Murray Smith was part of the crew and it was his job to rustle up the XB coupe and turn it into the “last of the V8s” legend.

He was joined by Ray Beckerley and another bloke by the name of Peter Arcadipane who worked for Ford and who, in a future life, would be a graphic designer on Motor Manual, which became Car Australia, which became MOTOR. There you go! 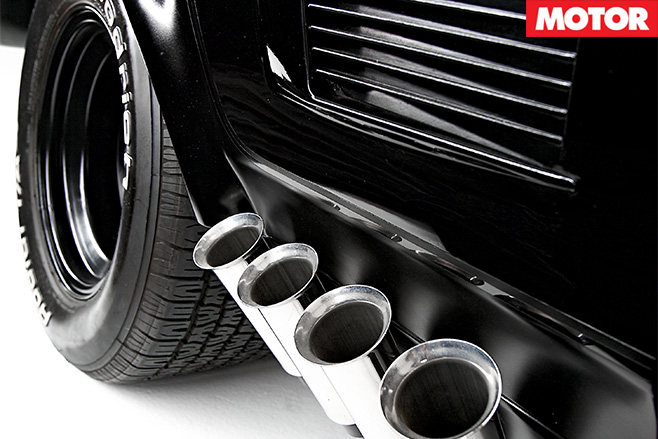 The fibreglass droop-snout was Arcadipane’s work and it was a style that was widely copied in the late ’70s and ’80s on everything from speedway cars to panel vans. The supercharger poking through the bonnet was a real eye-opener back then, but it’s famously a fake, as the on/off switch for the blower proves. Still looked damn impressive, though.

Aside from the slant nose, the bodykit included the roof spoiler, bootlid spoiler and wheel-arch flares. The colour was black, but what you mightn’t have noticed is that the top half of the car was gloss black while the lowers were more of a satin black.

The wheels were Sunraysia steelies as fitted to the yellow Interceptors in the movie, but painted black and fitted with BF Goodrich Radial T/A tyres. The side pipes were popular with the panel van crowd of that era, although the story goes that even though the pipes were functional, all the engine sound effects were dubbed anyway. 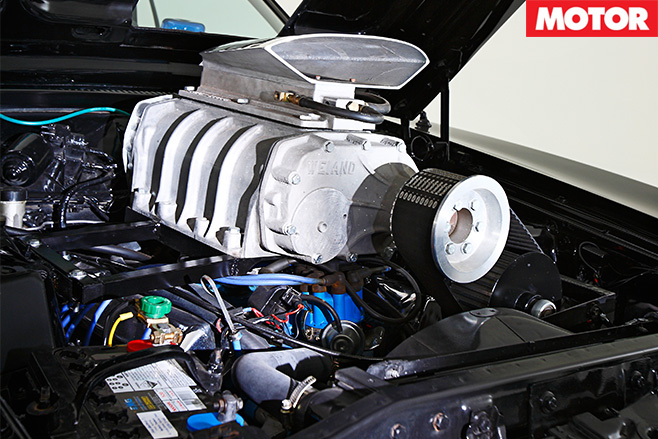 The original movie car had a fake blower driven by an electric motor. It allowed Max to switch the blower on and off in the movie

That ‘blower’ was a Weiand 6-71 case. Inside, there was a single carburettor (probably a Holley), and a small water pump on the front of the blower case carried the blower belt pulley as well as moving the belt away from the stock 351’s true water pump. The ‘blower’ was spun by a small electric motor.

The actual car started life as a 1973 XB GT Hardtop. As a GT, it had a 351ci engine with 4V heads, Top Loader four-speed and nine-inch diff.

‘Interceptor’ was written across the boot of the yellow and blue sedans but if you want to be a real nitpicker the black XB is a Pursuit Special, as was the Holden Monaro the Toecutter baddie stole and died in with his ‘floosie’. 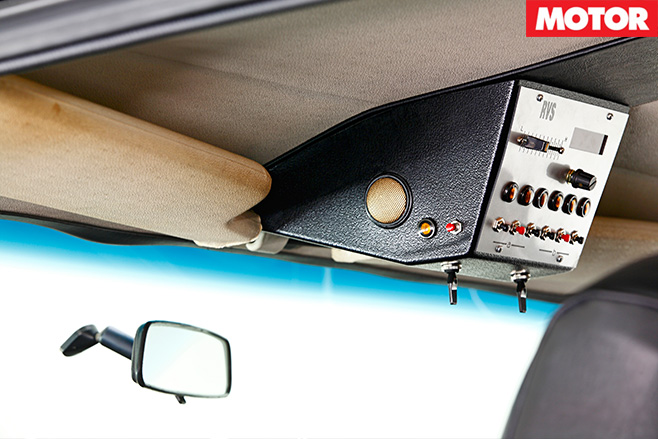 There was only ever one Hardtop built for the original film. It was dragged out again and modified and patinaed as Max’s wheels for the sequel. A second, look-alike car was built and destroyed in a crash scene at the end of the movie.

After filming on Mad Max 2 was finished, the remaining car – the original – was due to be scrapped, but nobody had the heart to do it. It sat outside a scrapyard in South Australia for years with kids climbing over it and nobody really knowing what to do with it.

Eventually it was bought, restored and then did the rounds of shopping centres and car shows (less the blower and side-pipes) for a few years before eventually being sold and shipped to the UK. 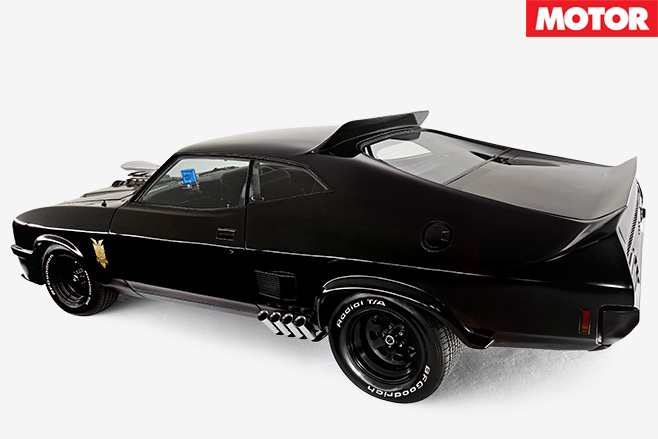 In the movie, highway cop Max threatened to resign. The ‘600 horses through the wheels’ Pursuit Special was the candy built to seduce him back

Sounds like a dull end for such a wild car, but if you’ve been out to Silverton near Broken Hill NSW where Mad Max 2 was filmed, you’ll see some of the other cars from the movie, rolled into balls and rusting away; abandoned as soon as their film-making days were behind them. So fate could have been worse.

1. Gets attention
driving a Mad Max replica, whether it be one of the yellow MFP Interceptors or the black Pursuit Special, gets as much attention as running down a street naked.

2. Quality stays in style
Mad Max is so deeply entrenched in Australian car culture that a Max car will always be recognised and – if it’s built faithfully – collectible

3. Cheap to run
Okay, so buying or building a Max replica is not cheap, but at least routine servicing costs won’t break the bank like similarly-priced Euro fun cars can

1. Friends in high places
Many Mad Max replicas often have their mirrors filled with reds‘n’blues. Mostly it’ll be by enthusiast police, fans who just want a look and a chat. Mostly

2. You'll make new mates
Highway Patrol cops will show respect – so will flannel-wrapped bogans. They will do this by kissing the bitumen in front of the car and spluttering, “Kick it in the guts!”

3. Costs a bit of dough
Building one will cost quite a bit: a good Falcon Hardtop is $20K plus, before restoration and modifications. They don’t trade like ‘ordinary’ Aussie cars 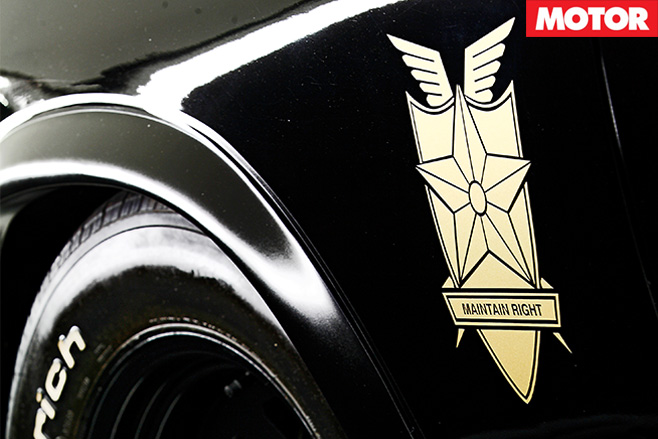 This stunning replica was built by Mad Max fan Tim Ridge, who is the director of the upcoming documentary, The Madness of Max, in which this car plays a role. Tim has since sold the vehicle to another fan, Scott of Melbourne, who cherishes the car and cruises it regularly.

“Back in the ’80s, the favourite double-header for XB coupe owners at the drive-ins was Mad Max and Mad Max 2,” says Scott, who owned a Hardtop when he was just 17. “We’d all be lined up wishing we had the car that was on the screen. We all loved the movie, but we loved the car even more.”

WHERE DO I GET ONE?

These days, the original Interceptor lives in the Cars of the Stars museum in England. But don’t fret if the thought of warm beer and crook grub puts you off. See, there are other Interceptor replicas out there not unlike the one on these pages. And you can always build your own.

Check the Net for details on who’s making what bits; many are available. The only catch is that Arcadipane reckons the original moulds for the Concorde (to give it its proper name) front end were destroyed and the bloke who allegedly owns the mould for the roof spoiler doesn’t want anybody to know about it in case somebody starts making copies.

Uh-huh. You can buy ‘correct’ parts such as the blower switch, MFP decals and radio console. Some of the Interceptor replicas are more accurate than others, but all of them ooze attitude and the ability to take you back 30 years; back to when the gangs first took over the highways and we prayed he was out there. 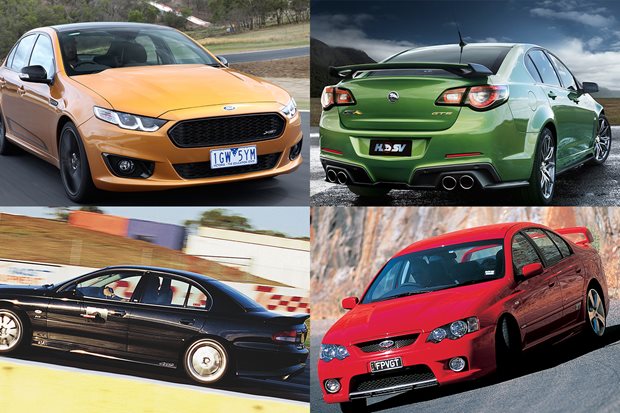 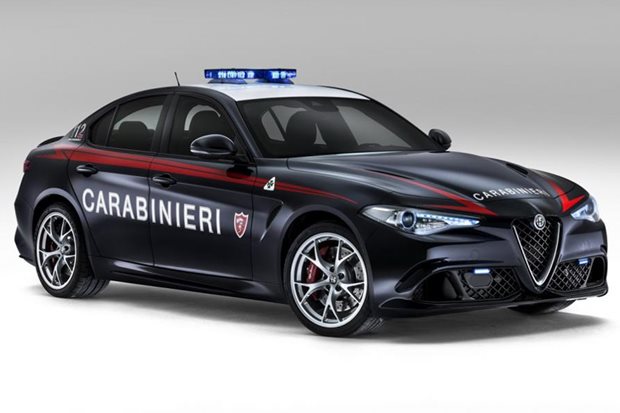 Coolest police cars of all time

For when there’s a sale at the donut shop, or to just make a statement, here are some of the coolest police cars of all time. 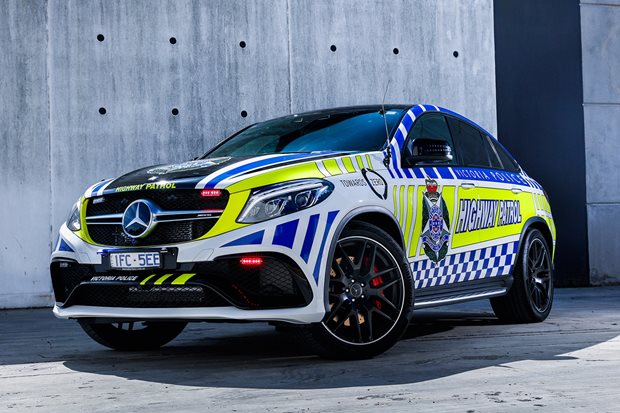 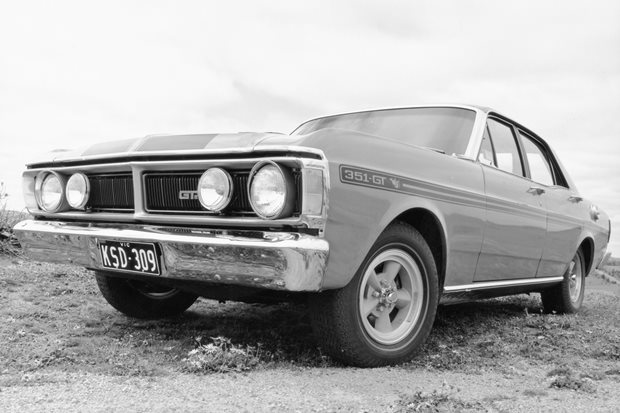