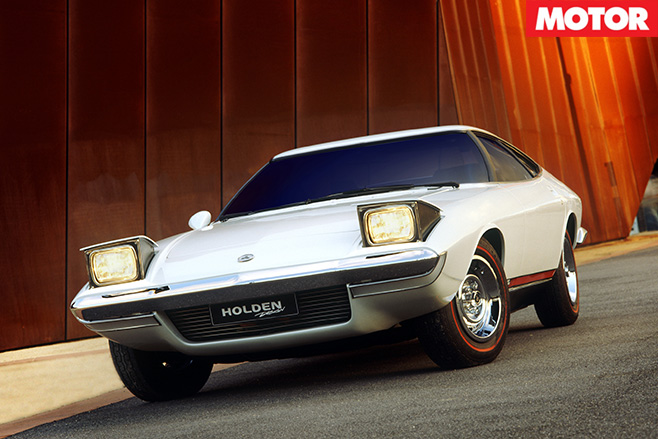 1. 1970 TORANA GTR-X
Close, yet no cigar. The Torana GTR-X very nearly made production, but the business case didn’t quite stack up. With a 119kW six pushing just 1043kg, top speed was a claimed 210km/h and it would’ve been the first Holden with four-wheel disc brakes. 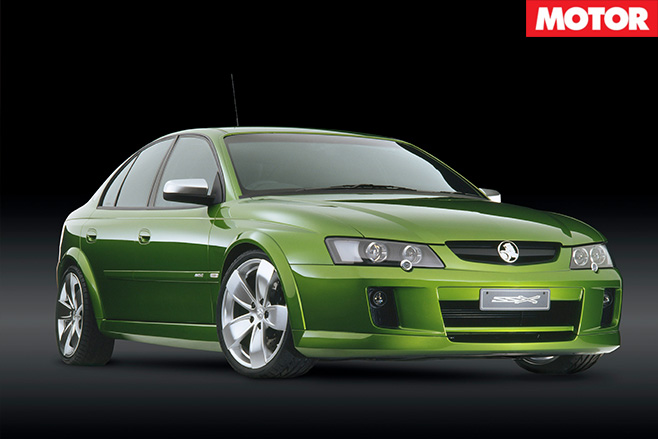 2. 2002 SSX
This pumped-up VY made its debut at the 2002 Sydney Motor Show, sporting a 94mm-wider body to hide the all-wheel drive system destined for the Adventra. There was also a unique liftback rear end that led to inevitable Torana comparisons. 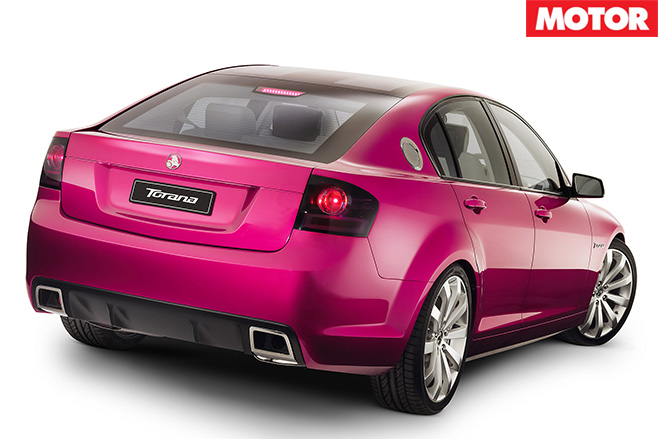 3. 2004 TORANA TT36
Unlike the SSX, Holden was happy to play the Torana card with the TT36. Smaller than a Commodore, it previewed VE styling and was powered by a 280kW/480Nm twin-turbo 3.6-litre Alloytec V6 that unfortunately never made it to production. 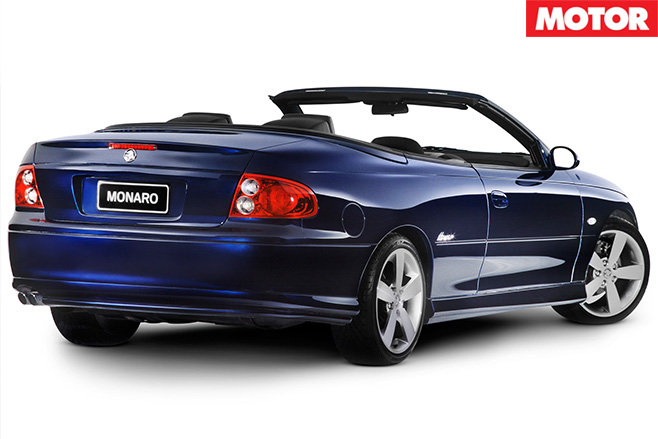 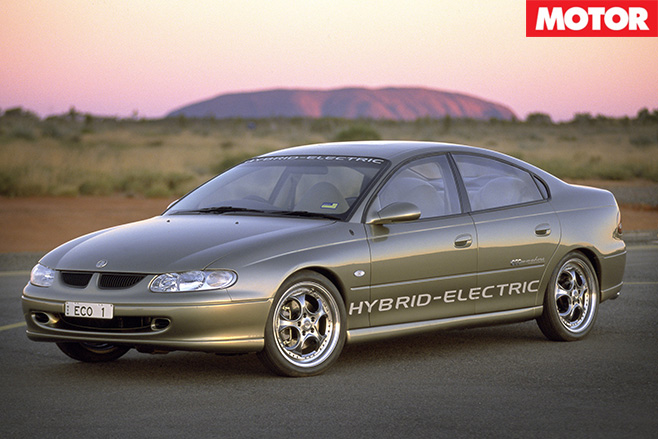 5. 2000 ECOMMODORE
Here’s a car that actually previewed the future. Not only was it powered by a 2.0-litre petrol four/electric motor combo, but the four-door coupe styling would appear on everything from the Mercedes-Benz CLS to the Porsche Panamera. 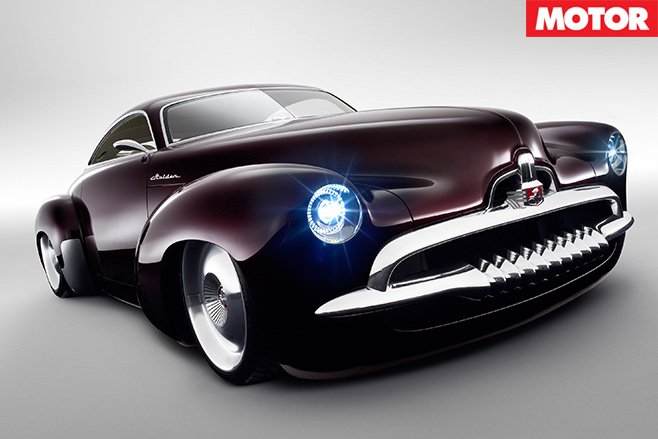 6. 2005 EFIJY
One of the most jaw-dropping concept cars ever, the Efijy was the star of the 2005 Sydney Motor Show. It’s not all form and no function, though, a 480kW 6.0-litre supercharged V8 making sure there’s as much go as there is show. 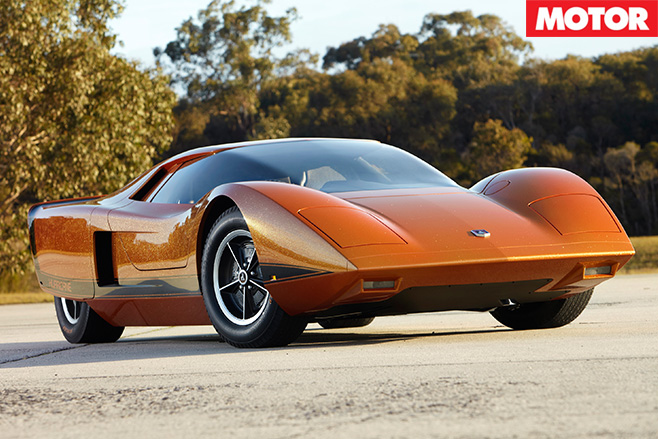 7. 1969 HURRICANE
The late 1960s were a time when everything was possible, and the Holden Hurricane was a perfect example. With a hydraulic canopy, mid-mounted V8, air-con, early GPS system and rear-view camera, it was fully restored in 2011. 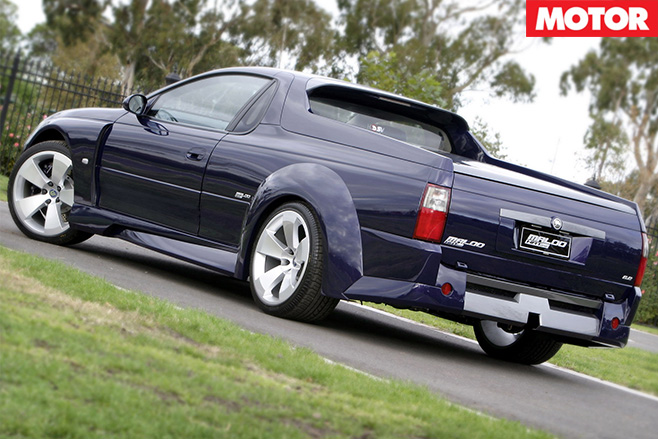 8. 2001 MALOO CONCEPT
It’s not hard to see where the E Series Maloo got its styling inspiration from. A 348kW 6.2-litre V8 was a look into the future, too – HSV’s then-engineering boss Brad Dunstan had a similar donk installed in his Clubsport for tyre-frying fun. 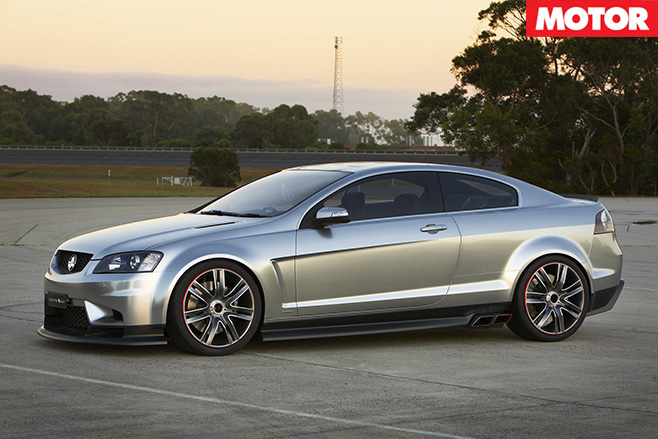 9. 2008 COUPE 60
The Coupe 60 offers a tantalising taste of what could’ve been had the mooted VE Monaro made it to production. However, GM only had room for one V8 coupe built on the Zeta platform and that was the Aussie-developed Chevrolet Camaro.