Nine 'must know' facts about the VF Commodore 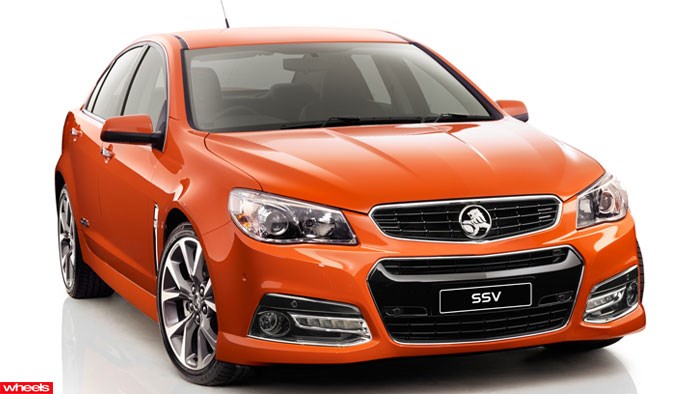 It’s the most anticipated Holden in years, but what exactly is ‘new’ about the VF Commodore?

It’s the most anticipated Holden in years, but what exactly is ‘new’ about the VF Commodore?

We break it down for you into nine ‘must know’ facts.

1) Prices have been slashed!:In an age of rising prices, Holden has done the reverse and made the VF the cheapest Commodore in a decade. The new base Commodore, the Evoke, will set you back just $34,990 – a $5000 saving over the previous VE base car.

3) Quietest Commodore ever, ‘better than a Lexus’:Just because it’s cheaper, don’t think the new Commodore is nasty. Holden has gone to extreme lengths to improve the new car’s refinement, which means significant improvements to cabin noise across the range. The new Commodore is the ‘quietest ever’, with cabin noise measuring just 38.4dB(H) at idle. That means it’s significantly quieter than a Lexus ES350.

4) Goes on sale on June 3: After months of speculation Holden has confirmed the VF will hit the showroom floor in June, with the brand hoping the Commodore’s stronger selling point will help boost sales.

5) Better handling:Holden says the VF is ‘lighter, sharper and gives greater driver control’, with the new model said to offer a substantial improvement over the VE’s handling. An all-new electric power steering system is designed to deliver a ‘more enjoyable driving feel’, while a completely overhauled suspension system makes for greater refinement and stability.

7) Most fuel efficient Commodore ever:Increased aero efficiency, making the new model 43kg lighter and fitting a new electronic power steering system has improved fuel economy by 23 percent, according to Holden. That means the base Evoke uses 8.3L/100kms (versus 9.1L for the MY11 Omega), while the SS and SS-V models use less than 12L/100km.

8) Handbrake is gone, replaced by a button:In a sign of the times, Holden has removed the Commodore’s cable handbrake and replaced it with an electric button. That means no more handbrake turns…

9) Story behind the ‘Evoke’ name:Hang on! Isn’t ‘Evoke’ already used by Range Rover? That’s what we thought too, but turns out Holden first used the name way back in 2006 for a paint colour on the VE. Having already owned the copyright, Holden decided to push ahead with plans to use the Evoke name, despite Range Rover’s release of the Evoque crossover in 2011. When Wheels asked about the wisdom of this decision, a Holden source said “If we get some rub-off from being associated with a luxury product then that’s no bad thing is it?”