So Audi’s thrown a driverless car around a track ‘at speed’.That’s cute.

And driverless child’s play, I expect, given the highly controlled conditions of a finely predetermined experiment. How about some random variables – a grid full of human racing opponents, say? Or, as a more real-world challenge, how about negotiating peak hour in Sydney ‘at commuting speed’?

Autonomous road cars are big noise in a long pipedream. There’s no short-term reality and that’s fine with me. Why? Too many stumbles in the baby steps. Besides, I don’t want two-tonnes of driverless calamity-in-waiting stumbling around where my loved ones dwell.

At least not until the concept is 101 percent failure-proof. Sure, we live with self-flying airliners, but they’re not skimming past one other, separated only by a white line.
Sure, the automotive world’s brightest sparks can engineer self-manoeuvring vehicles.

The rudimentary stumbling block is the urban jungle. On evidence, the crucial data required for autonomous decision-making in public currently isn’t available with necessary accuracy or expediency. 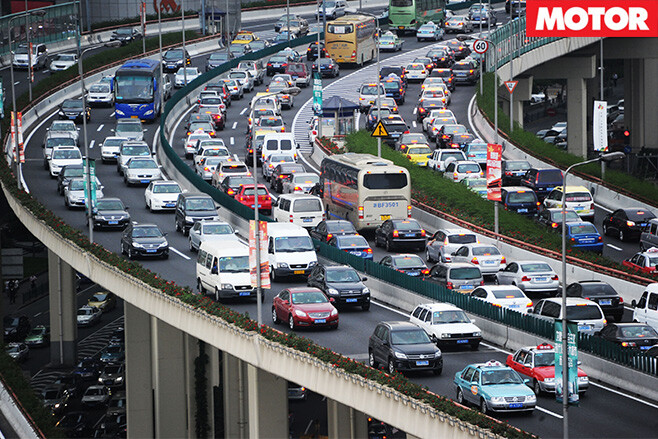 Two significant areas of data, too: the real-time data the vehicle sees or senses and the pre-mapped database of the environment it’s running around in. Lacking either, you’re screwed.

What evidence? Today’s road-going driver-assist and sat-nav systems are clever but far from flawless.

Look, creating an accurate world map is a monumental task for those who supply the entire automotive and information industries with The Database. Naturally, there’s lag between a road’s creation and the two-or-so sat-nav database updates a carmaker conducts per year. And that’s before it hits your vehicle.

This past year alone I’ve experienced sat-nav clunkers in new-release models from all German marques. Some hadn’t mapped the new-ish Mornington Peninsula extension, or the tram system that’s remodelled the Gold Coast. Another system thought every one-way street in Balmain flowed in the wrong direction. Speed advisory warnings? None I’ve seen are 100 per cent correct.

You or I can over-ride a sat-nav because it’s not guiding the car. In a driverless car, though, that database is crucial to the (ever-changing) world. 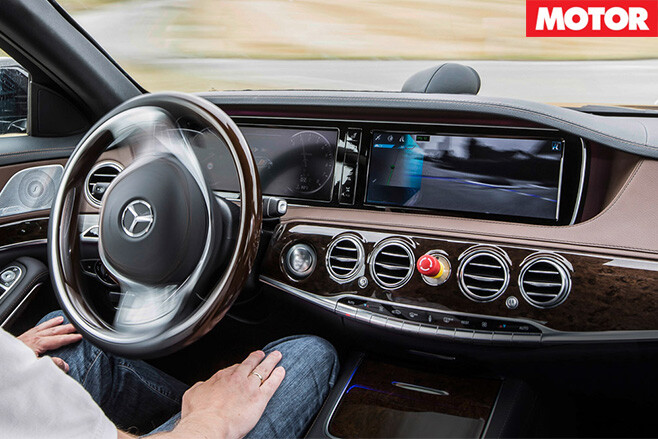 The car itself? Emerging camera/radar-based tech is very clever, just not clever enough. Merc’s S-Class can steer itself, but won’t for any longer than a few seconds, more for culpability and legislative reasons than anything.

Again, this stuff isn’t flawless. Camera-based speed recognition proves glitchy time and again. Recently, I had one car inadvertently ‘read’ a 40km/h speed warning stickered on the rear of a bus. I’ve had myriad cars from different makers incorrectly trigger collision prevention braking or warnings through miscalculation. And don’t get me started on adaptive cruise control.

Clever tech needs a human failsafe. Human decision and judgment, often not in accordance with strict law, keeps the urban ebb and flow moving. But driverless cars governed by even the finest nu-tech would be an unpredictable, erratic and overly timid mess. Autonomous cars would have to maintain textbook legal manoeuvring with a fair margin for error. Throw that into peak-hour and you end up with driverless roadblocks or accidents.

Audi, Google and others’ testing on Californian and Nevada roads have forced pioneering legislation for public autonomous vehicle use. And it took about three minutes to collate conditions of use as follows.

A ‘passenger’ of a driverless vehicle must not sleep in the car – moving or stationary – must not be distracted by any outside stimulus and mustn’t be under adverse affect of alcohol or drugs. The precedent is for a human failsafe.

So guess what? No reading your iPad, or taking a kip in your driverless car. It won’t (legally) drive you home from a pub bender. Yes, all the convenience of autonomous driving is suddenly removed. You sit there, either bored or terrified, and guess what: you’ll want to drive the thing yourself. Or simply catch the bus.