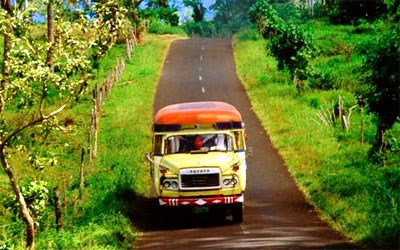 The right-hand drive world will become a little bigger when Samoa changes driving sides next month.


The Pacific nation, which inherited left-hand drive and right-side traffic from being a German colony in the early 20th century, will become the first territory to make the switch in 31 years after Okinawa reverted to right-hand drive in 1978.

The nearby islands of American Samoa will continue to drive on the right.

RHD is the rule for 75 of the world's 239 countries, 2 billion of its 6 billion people and 28 per cent of its road distance.

Most former colonies drive on the same side of the road as their colonisers. This was a headache for Vanuatu, which was jointly administered by Britain and France until 1980. In the early 20th century the ruling powers agreed to standardise, based on whatever side the first vehicle unloaded from the next supply ship drove on. And the winner was ... a horse and cart belonging to a French priest. Following his example, Vanuatu now drives on the right, or so the story goes.

"It's a nice story but there's no telling of the truth of it," says the editor of the Vanuatu Independent, Bob Makin. "All we know for sure is that this country has driven on the right for a long time."

It's a turnaround for Samoa - which banned the sale of right-hand drive cars in 2003 for safety reasons - and a controversial move because left-hand-drive vehicles outnumber right-side steerers by more than five to one. The Samoa Observer says there are only 3000 RHD registered vehicles as opposed to more than 17,000 left-hookers in the country of 220,000 people. And the RHD legislation allows for left-hand drive cars owned or ordered before the change day to be driven indefinitely.

However, Samoa's New Zealand educated Prime Minister Tuilaepa Malielegaoi says the switch will lead to cheaper, more fuel-efficient cars and, by lining the country up with the country's major expatriate destinations of Australia, New Zealand and most other Pacific Islands, will make it easier for Samoans to live and drive in these countries.

Malielegaoi says the change will make it possible for expatriate Samoans, who outnumber the country's residents by about 30,000 to send Australian and New Zealand registered cars back home.

"The new law is to allow the outright majority of our people to acquire cars with the assistance of their relatives in New Zealand and Australia ", he says.

He also pitches the switch as a tourism drawcard arguing that the RHD switch will make Samoa more attractive to the New Zealanders and Australians who form the bulk of its tourists by making driving hassle-free.

And by favouring smaller Japanese and Asian cars over American left-steerers the change will help Samoa's environment the Prime Minister says.

Safety, the Prime Minister says is "a non-issue" with only six of 221 reported accidents between 2004 and 2007 involving right-hand drive vehicles.

The big switch has become one of the biggest issues in Samoan politics, with rallies and a grass roots protest movement springing up, but seemingly with no effect.

"Cars are going to crash, people are going to die, not to mention the huge expense to our small country," the leader of protest group People Against Switching Sides (PASS) Tole'afoa Toa'iloa told The Samoa Observer.

"It will be a nightmare and for very little benefit from what we can see."

The managing director of the country's Hyundai importer, Ken Newton, says the changeover announcement has already cost an entire year of sales.

Newton says the rationale that RHD will enable Samoans to obtain car bargains from Australia and New Zealand is undermined by sea freight charges of about $800, import duties and a 15 percent GST.
And he worries about the safety implications, despite conceding that Samoans are generally courteous and safe drivers who rarely exceed the open road speed limit of 55km/h.

"You'll have school buses discharging passengers into the centre of the road," he says.

But he doesn't let spoil his enjoyment of his adopted home: "When you've lived in Samoa for a while you don't get too stressed out about anything - even this". 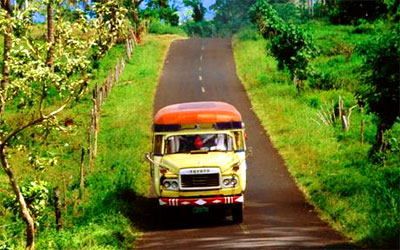 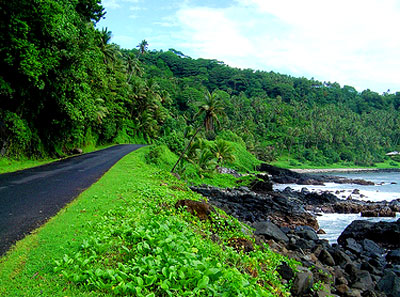