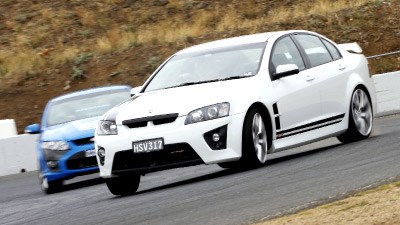 For half the W427's price, the GTS offers 90 percent of the performance.

It would have been excellent to have a Commodore Omega on test here, purely as an anti-benchmark, to demonstrate how far above it the bar is lifted by cars like the GTS. As things stand, in the present company, the GTS's performance is ... mundane. Like not being a medal-winner in an Olympic final.

The GTS is significantly slower than the W427 in four of the five cornering manoeuvres around Calder, across a wide range of speeds, and almost line-ball on the fifth (turn one, 64.0km/h versus 64.1). The 427's cornering edge is probably due to its suspension tweaks - lower ride height, unique MRC calibration, different spring rates.

Interestingly, there's less of a gap between the pair in steady-state corners - the two sweeping right-handers at either end of the main straight - and a more profound difference in the transient cornering (both doglegs and the kink). This is probably due to the ability of the W427's unique MRC settings and how it adapts to keep the chassis under control. (1800kg is a lot of mass to nudge one way and then the other through the kink at 150-odd km/h, even with such big tyres gripping the track.)

And don't be fooled by the lacklustre peak brake application number (0.9G versus about 1.0 for both Ford road cars). The GTS (and W427) didn't brake as hard or as late as either Ford. So the stops took fractionally longer (about 0.7 seconds) - which reduced the peak brake load. The average deceleration under brakes on the main straight was 0.58G for the GTS (versus 0.53G for the GT and 0.65G for the F6). On the back straight the numbers were 0.63G peak/0.91G average (GTS) versus 0.60/1.05G (F6) and 0.67/1.08 (GT). The different braking characteristic could be either a Holden/Ford thing or a Tander/Richards thing. 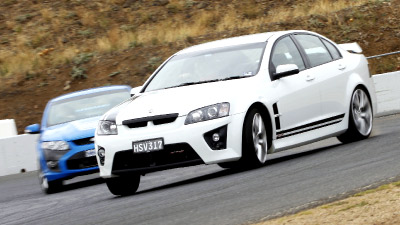 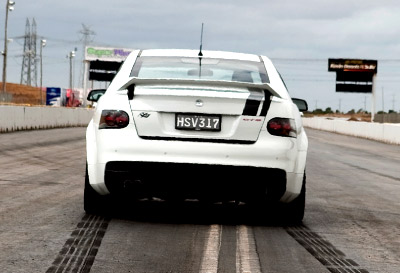 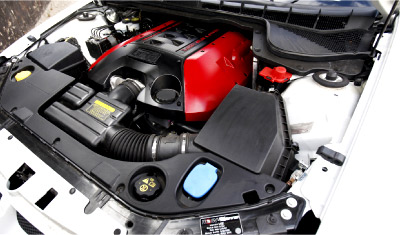