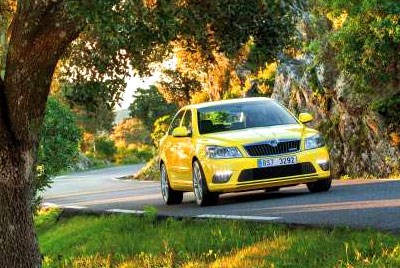 It's fast fun, with VW standards.

Skoda's history dates back a long way, even before the brand was a twinkle in the eye of a young Tomas Mezera, then living in post-war communist Czechoslovakia.


Two Czech designers Laurin and Klement began the škoda journey way back in 1895...starting bith cycles, moving to motorcycles and then finally to cars. War, and then the numbing impact of communism on creativity and productivity took a toll on Skoda.

Australians of a certain vintage will recall some very ordinary Skodas imported from behind the Iron Curtain between 1965 and 1983.

Re-introduced to Australia two years ago and now a subsidiary of the VW Group, Skoda is a very different animal these days with the technology and quality of levels seen from Volkswagen and Seat.

We've been a fan of the small range on sale here, which is slowly being expanded and refreshed.

The latest move from Skoda is to rush its facelifted Octavia RS performance model (liftback and wagon) into local showrooms, available with either a cracking new turbo petrol or unchanged turbo diesel - mated to either a six-speed manual or six-speed DSG.

The Volkswagen Group's latest star powerplant has touched down in the form of a new-generation 2.0-litre TSI turbo-petrol four cylinder which has a new block offering better NVH and refinement.

Happily, this 147kW 2.0 TSI engine, the grunter of the two engine choices, can run on 95 RON premium unleaded petrol, rather than be limited to the pricier 98 RON. Torque isn't massive on paper, with its 280Nm peaking from 1800-5000rpm but you don't really notice any deficiency.

Moreover, in a drive from Camden back to the Sydney Airport, we returned a very useful fuel figure of 5.6 litres/100km

The each-way bet - offering excellent fuel efficiency and a fair degree of oomph - is the most powerful diesel engine in the škoda range, the 125kW/350kW 2.0 (1968cc) TDI four.

The RS TDI's manual version is good for 8.4 seconds from rest-100km/h with the DSG one-tenth slower. But with an official fuel claim of 5.9L/100km (or 6.0L for the DSG) the performance diesel will appeal to those paying for their own fuel. We extracted a figure of 5.1L/100km on the easy drive from the city to Camden.

Pricing for the new Octavia RS is up a little on the outgoing Series I, starting at $37,990 for the liftback and $39,990 for the wagon. The optional DSG gearbox is an additional $2300.

The extra value is evident. The RS upgrade is most obvious visually with a bolder new face along with some striking new lighting elements. The new headlamps, which extend to optional xenon lights and dynamic angle control with integrated headlight washers, are now larger and more obvious. There's a wider and more prominent air intake in the front bumper, and optional cornering fog lamps and, for the first time, LED daytime driving lights are fitted.

We got the chance to fling the new RS Octavia around a temporary course between runways and link roads at Camden airport. The petrol turbo in particular doesn't lack urge.

Having a go around the pretend race track, Wheels let the DSG (in sport mode) do its own thing on the upshifts, but used the paddles for moving to lower cogs.

The Octavia's platform, borrowed from the Golf V, with struts at the front and multi-link rear, is competent but not without body roll when pushed hard.

Impressively, the brakes on all the cars being hammered by a succession of cruel motoring journos, never once wilted.

Stability control intervention can be minimised but not banished altogether. Further active safety items include anti-lock brakes and good 40-profile tyres. Shame about the space saver...

Passive safety is notable with six airbags including curtains, tyre pressure monitors and lap-sash seatbelts for all five occupants.

Skoda Australia is pushing hard to get the message out there that the current generation cars are good jiggers and carry the VW genes.

The Octavia RS has few direct rivals due to its size and pricing, but it does overlap the hot hatch segment. It will fight with its sibling, the Golf GTi, as well as other performance cars including Honda's Civic Type R, Mazda's SP25 and Ford's Focus XR5 Turbo. 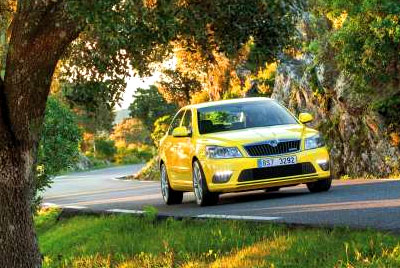 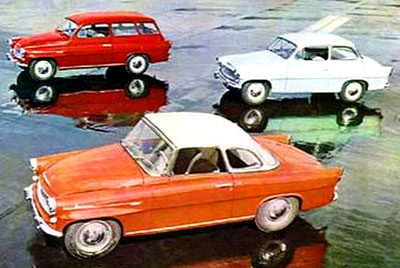 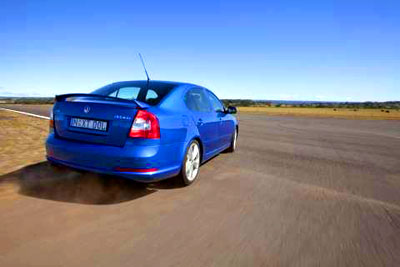 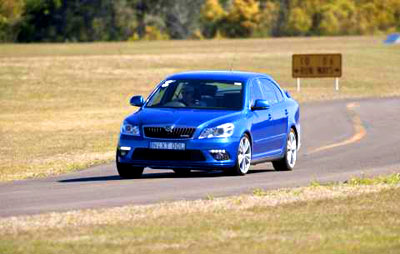