The coolest safety cars of 2018

BEHIND every great racing driver, is an engineer, and in front of every great motorsport grid, is a safety car. And lovers of cool safety cars can rejoice, because 2018 has a collection of some of the very best around the world.

Here are five of our favourites. 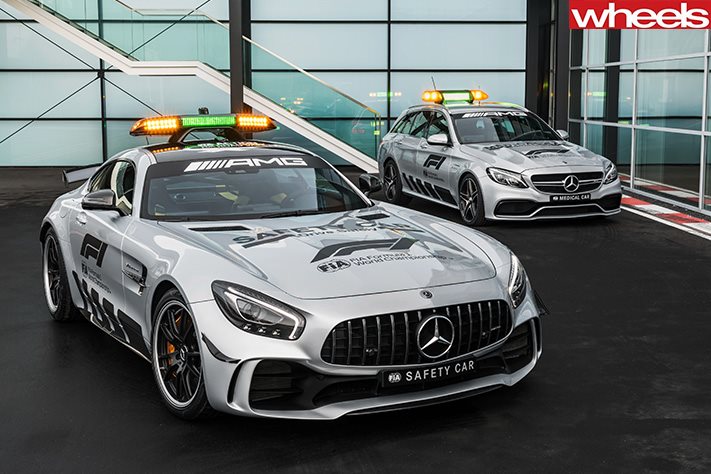 The pinnacle of global motorsport has a new leader of the pack, with Mercedes-AMG continuing its partnership with F1 by supplying a GT R as the official safety car.

Making 430kW from a twin-turbo V8, the GT R is the most powerful F1 safety car the category has seen.

“I am very much looking forward to my new company car.” says Bernd Mayländer, the F1 Safety Car driver, of his new wheels. “It is an absolute highlight in terms of driving dynamics and is one level higher up still than the AMG GT S of recent years. Of course, ideally the safety car should be deployed as rarely as possible – but when we have to safely bunch up the Formula 1 field and lead it around the track, we will be superbly equipped with the AMG GT R.”

The GT R will probably be the hardest working safety car this year, not for the number of appearances it makes, but for the speed required to keep an F1 car operating within an optimal window.

While it may look like the cars are tootling around slowly behind Mayländer, you can be assured the GT R will be peddled hard around the greatest tracks in the world. 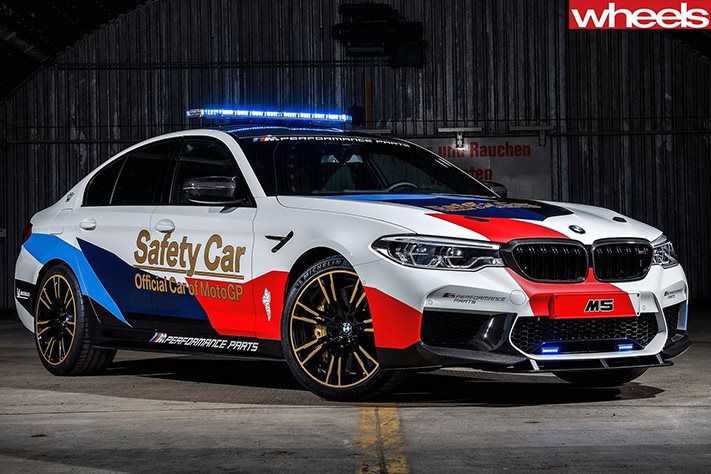 BMW has a habit of revealing new cars in plain sight as part of its partnership with MotoGP as the official Safety Car supplier.

First it was a BMW M4 which headed the pack of riders before each race – later revealed to be the GTS.

Recently it has been an M2, modified with a rear-wing, rollcage and bigger brakes, which took pride of place on the grid – rumoured to be similar in spec to a possible M2 CS.

In 2018 though, it’s a BMW F90 M5 which the likes of Marc Marquez and Valentino Rossi will have to admire sitting astride their bikes.

This MotoGP safety car is less extreme than previous BMW’s, but does sport a prototype front splitter, and BMW M4 GTS bucket seats for front occupants.

It’s speculated the car, which has the standard 4.4-litre twin-turbo V8 under the bonnet, previews a M5 Competition which could be announced as early as mid-year. 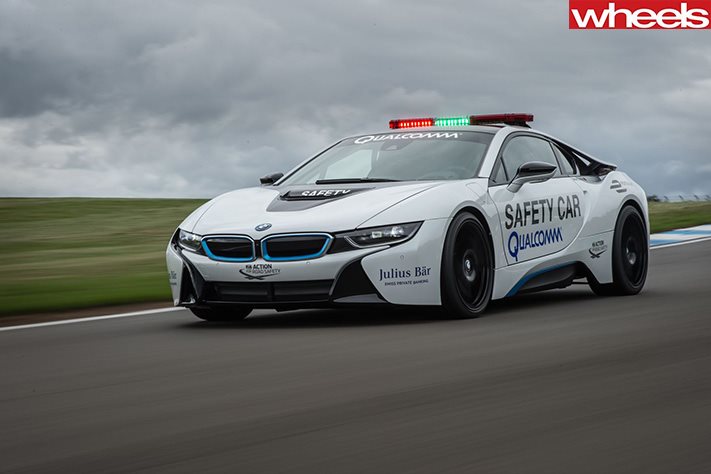 What would do you use to bring the motorsport category of the future into line? The sportscar of the future, of course.

BMW’s hybrid i8 leads the Formula E field, with the German manufacturer the sole safety car supplier since the category’s debut season in 2014.

Unlike MotoGP’s M5, it’s unlikely the i8 taking to the track during Formula E weekends is a preview for a more track-focussed special-edition. 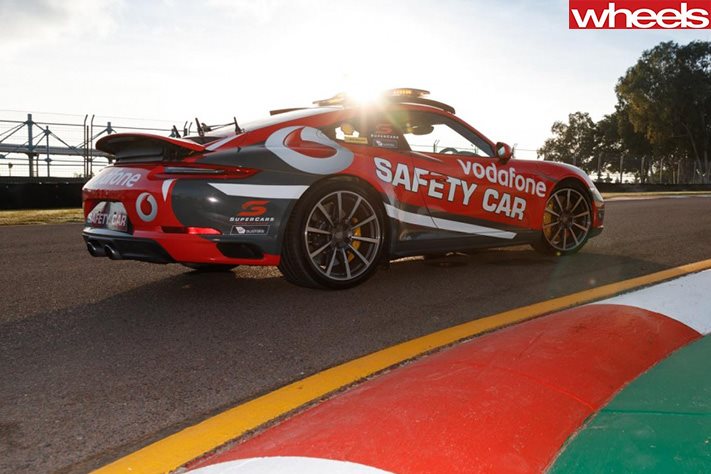 Back on home soil, and it’s another iconic German car, the Porsche 991.2 911 Carrera GTS, which will herd the Supercar field when yellow flags are waved around the circuit.

The 911 is joined by a pair of V6 turbo diesel Cayennes as the Medical and Course Cars.