The strange things we do in traffic 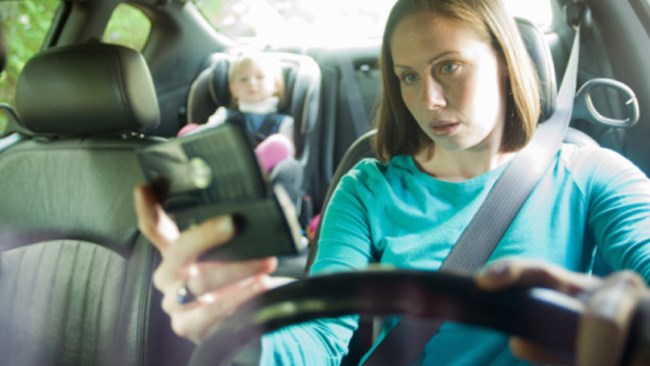 When freeways are clogged, and the back streets are worse, strange things happen can happen.

If you live in one of Australia's major cities, then you would have at some point in your driving career, encountered that maddening event known as traffic.


When the freeways are clogged, and the back streets are even worse, strange things happen. Drivers zone into their own world, often oblivious to what is happening around them.

Taking some time to observe motorists in their native environment has revealed some curious habits. Some people use their time spent in traffic to their advantage. Many of us may have seen the odd nose pick, or the last minute lip-stick application, but some of the more extreme examples of peculiar behaviour go much further.

It has been portrayed in a television commercial, but actually seeing someone eat their breakfast in traffic was a little shocking. And it was a bowl of cereal with milk and a spoon. A self-contained breakfast drink with a straw would have been a better alternative, almost all modern cars have cup holders for a reason.

Then there was the one driver who took multitasking to a new level, the hands-free phone was working as the driver’s chin didn’t stop wagging, the satellite navigation system needed updating, so the right hand was operating that and the left hand was turning the pages of the newspaper situated on the passenger seat, which hand was left to do the driving was one concern.

Then there are the drivers who are actually devoting their efforts to driving, but change lanes more often than NSW changes its Premier. They are the drivers who are obviously in a rush, yet may not have the local knowledge and experience of which lane moves better in which area. They change lanes as soon as a gap appears, all the while you stay in one lane and make better progress than Mr ants in his pants.

Another unusual creature is from the doof doof species, they often have a stereo system with more power than what is driving the car. Nearly always seen with at least one window open, an arm hanging out of the car and sunglasses on even when it is cloudy, the main cause of distress to other motorists comes from the fact that their stereo is always turned way past "11".

The most noticeable sound heard from the car is the vibration of number plates and loose body panels, while the driver is completely unaware of what is happening around him. Don’t bother sounding your horn when they merge a little too close in front of you, they won’t hear it over their subwoofers.

So what should you actually do while in traffic? Concentrating on driving would be the best thing to do, as it’s often a lack of concentration that causes the traffic in the first place. Channel surfing on the radio is a relatively safe option, made more so by steering wheel mounted audio controls. The one thing that usually works to improve your mood, even in the worst traffic delays, is to just remind yourself that you aren’t on public transport.

Next time you are stuck in that nasty traffic, try to pay attention to what people are doing in their cars, while maintaining your focus on driving of course. Some things may shock you, others may inspire you. Either way, you’re not going anywhere fast.