Test drivers can be an odd bunch. Some are disappointing, data processing automatons that seem to find no joy in their work, instead just looking forward to getting down to brass tacks on a phone call to a sensor supplier.

Then there are the others. Guys like Stefan Roser, Ruf’s hotshoe who once arrived for an interview with the front bumper of a Porsche he’d just ploughed through a gate. Or, indeed, Lamborghini's legendary gun driver Valentino Balboni.

I got a clue quite how different Balboni was back in 2001, when I dropped in at Lamborghini to have a go in their Diablo GT.

Read next: Lamborghini Murcielago with 415,000km on the clock is the ultimate daily driver

Balboni was at a loose end so he agreed to take me out for a spin in the car. The local roads around the factory at Sant’Agata run along the boundaries of flat farmlands. There isn’t much in the way of interesting relief nor challenging sets of corners, so Balboni made up for that by attempting to see how fast the car would go.

At one point he came barrelling round a 90-degree right in a perfect four-wheel drift, only to see a police Alfa heading the other way. “They don’t bother us,” said Balboni with a casual wave of the hand. “They know me,” he grinned waspishly.

It seems that this may have been only partially true.

Read next: What was in the water when Lamborghini put a Countach V12 in a truck?

While chatting with Matteo Ortenzi, Lamborghini’s APAC CEO, at a recent Lamborghini Esperienza event, he tells a story set some years ago during his time as a financial controller at the Sant’Agata factory.

“I was at work and Balboni appeared in front of the factory, very fast,” he grins. “He took the car and drove it through to the back of the plant.”

The next thing Ortenzi witnessed was the police arriving at the gates with an angry officer demanding to see Balboni. As captain on deck, Ortenzi had to front up and take the flak.

“I just shrugged and said Valentino wasn’t at work today,” he said.

“The policeman told me he’d been at the head of a stream of traffic and he’s seen Balboni overtake the whole snake of cars, coming past him at over 200km/h.

“I saw Balboni!” shouted the officer. 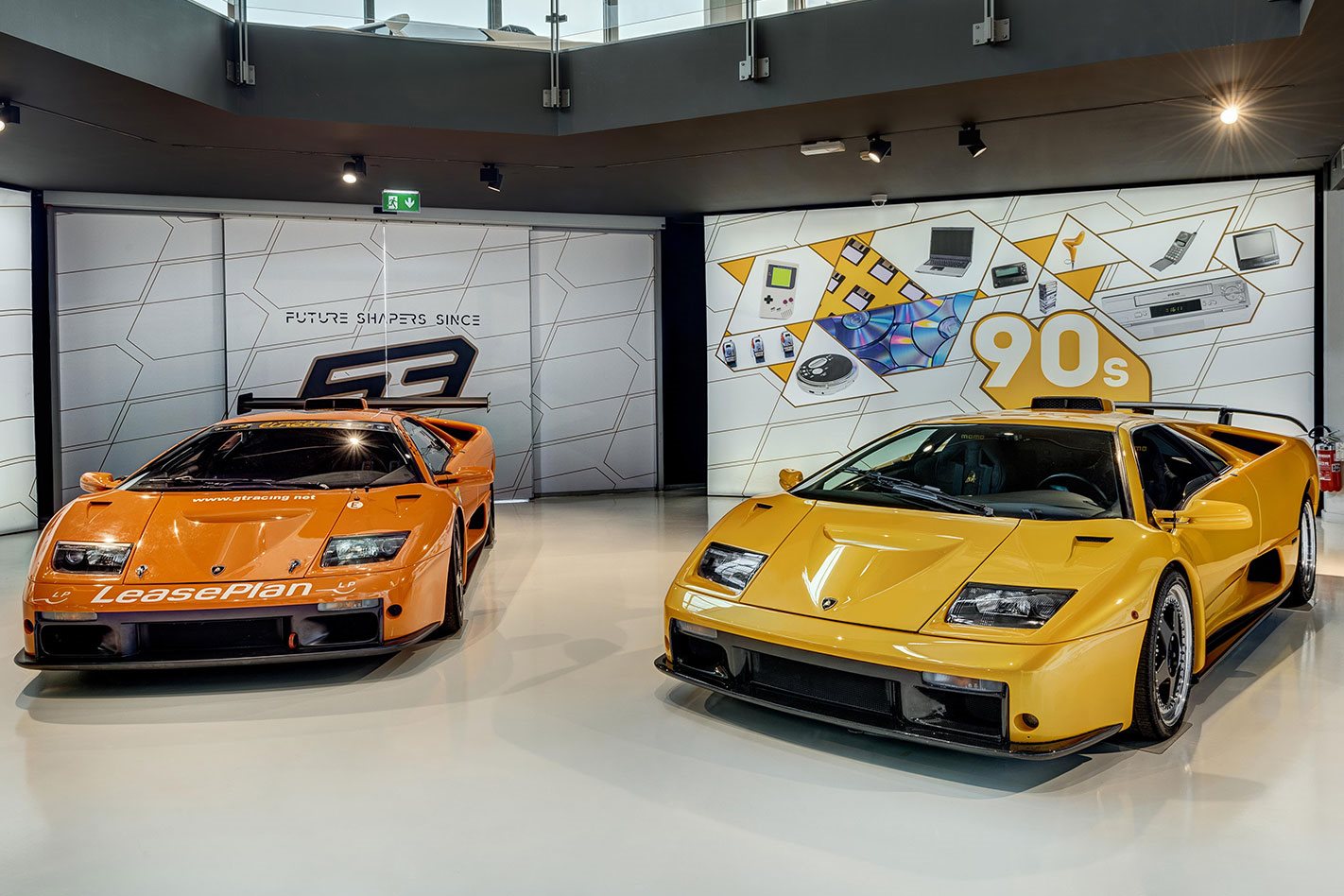 Diablo GT, right, and the race version, the Diablo GTR

Ortenzi refused to break the game face and merely insisted that perhaps the officer had been mistaken. After a while, he was placated and went on his way.

“Of course, nowadays we can’t get away with things like that,” admits Ortenzi somewhat ruefully. “Everything has to be done by the book.”

Read next: This Italian airport now has a Lamborghini, because Italy

Balboni retired in 2008, having served 40 years with Lamborghini.

This softly spoken grandfather oversaw the transition from the brand’s wild early days to its current corporate polish.

Ortenzi’s right. The business runs to very different rules these days, but the cars still retain more than an element of Balboni’s free spirit. Long may that continue.