FROM a company that used to offer a gamut of four-, five-, six- and eight-cylinder engines of all different sizes and inductions, Volvo has epitomised engine range rationalisation in recent years.

Before long, 2.0-litre turbocharged four-cylinder engines will power the range of Swedish passenger cars and SUVs exclusively, irrespective of the model’s size, practicality or performance requirements.

The task of tailoring performance and economy for individual models and variants is made a degree easier with forced induction. Generally speaking, a higher boost pressure is used when power is the priority, while lighter boost is more applicable for reducing fuel use.

However, when it comes to the very highest performance requirements, Volvo is relying on hybridisation and its T8 powertrain to impart flagship levels of performance associated with outputs of up to 444kW, but without the fuel bill. 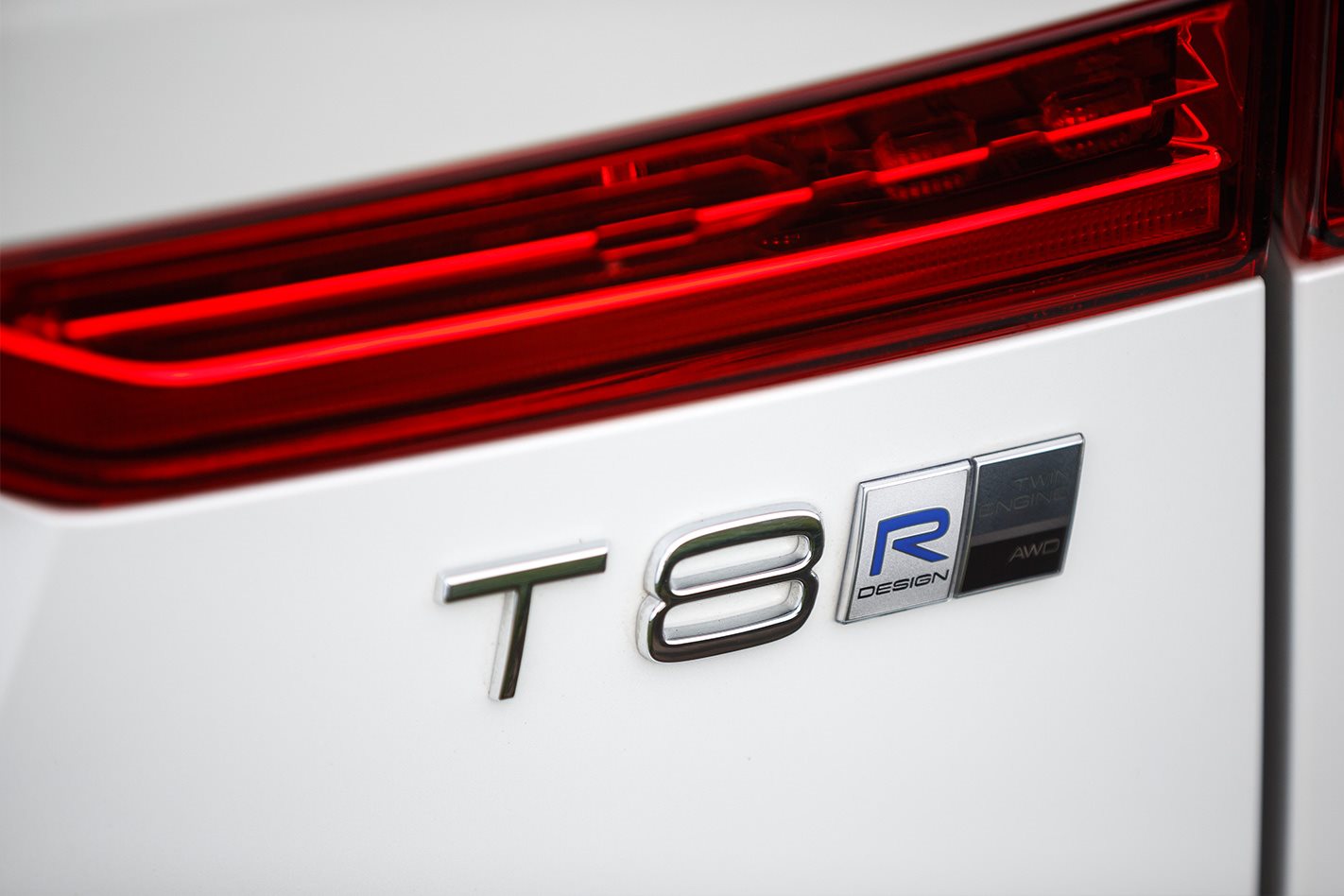 Here’s how the T8 Drive-E powertrain delivers tarmac-tearing performance but with an almost teetotal thirst.

Up front, Volvo’s 1969cc “B4204T35” petrol engine provides 235kW and 400Nm –respectable figures made possible via both a turbocharger and supercharger. At low revs, the supercharger minimises turbo lag by providing instant boost. At higher engine speeds, both compressors work together for maximum boost and peak power.

An electric motor connected to the crankshaft acts as both the starter motor and as a generator to scrape electricity during overrun that can be used to top up the battery with energy otherwise wasted as heat by the brakes. 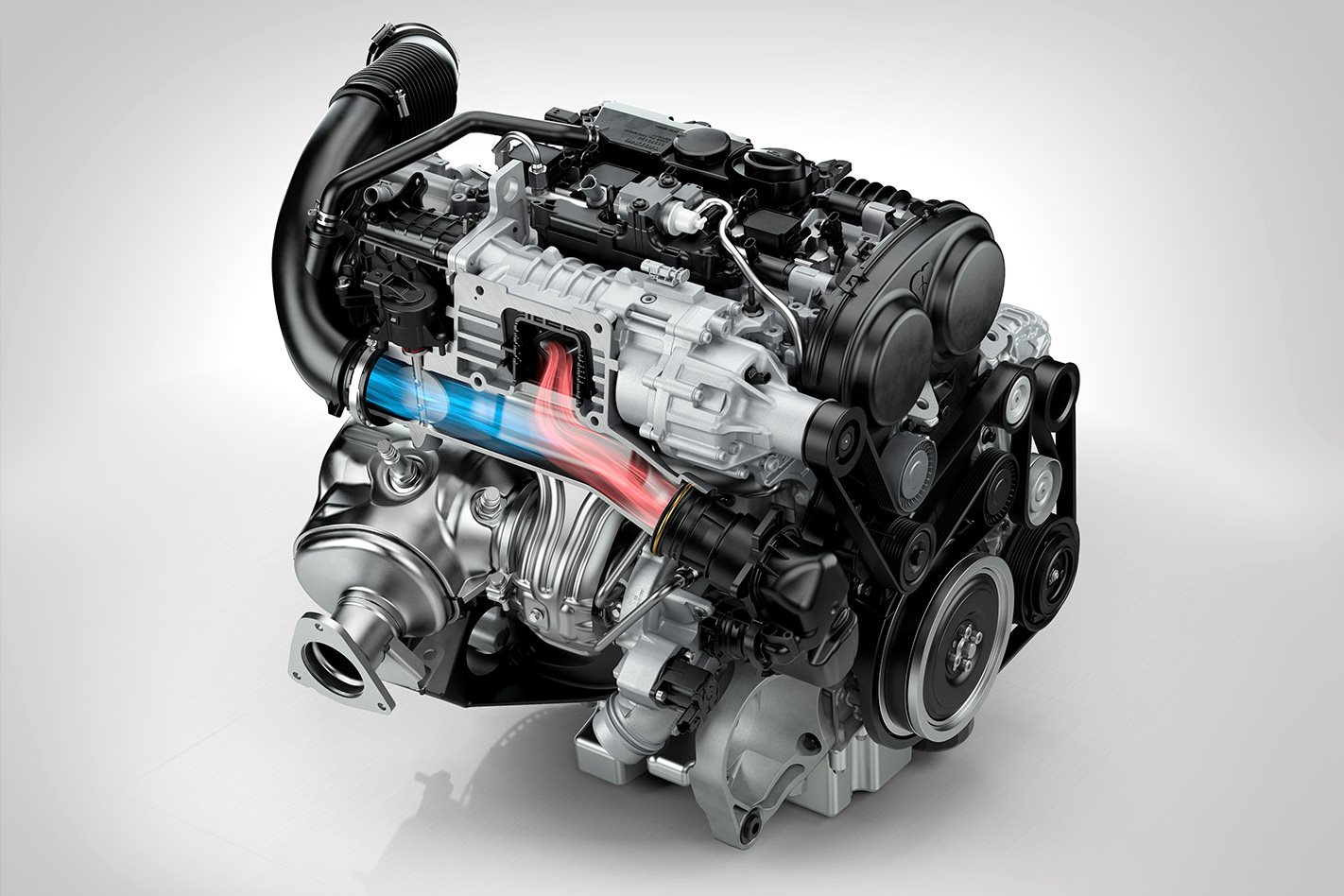 The front-mounted engine sends torque to the front wheels via an automatic transmission, but the complete T8 powertrain equips models with all-wheel drive. 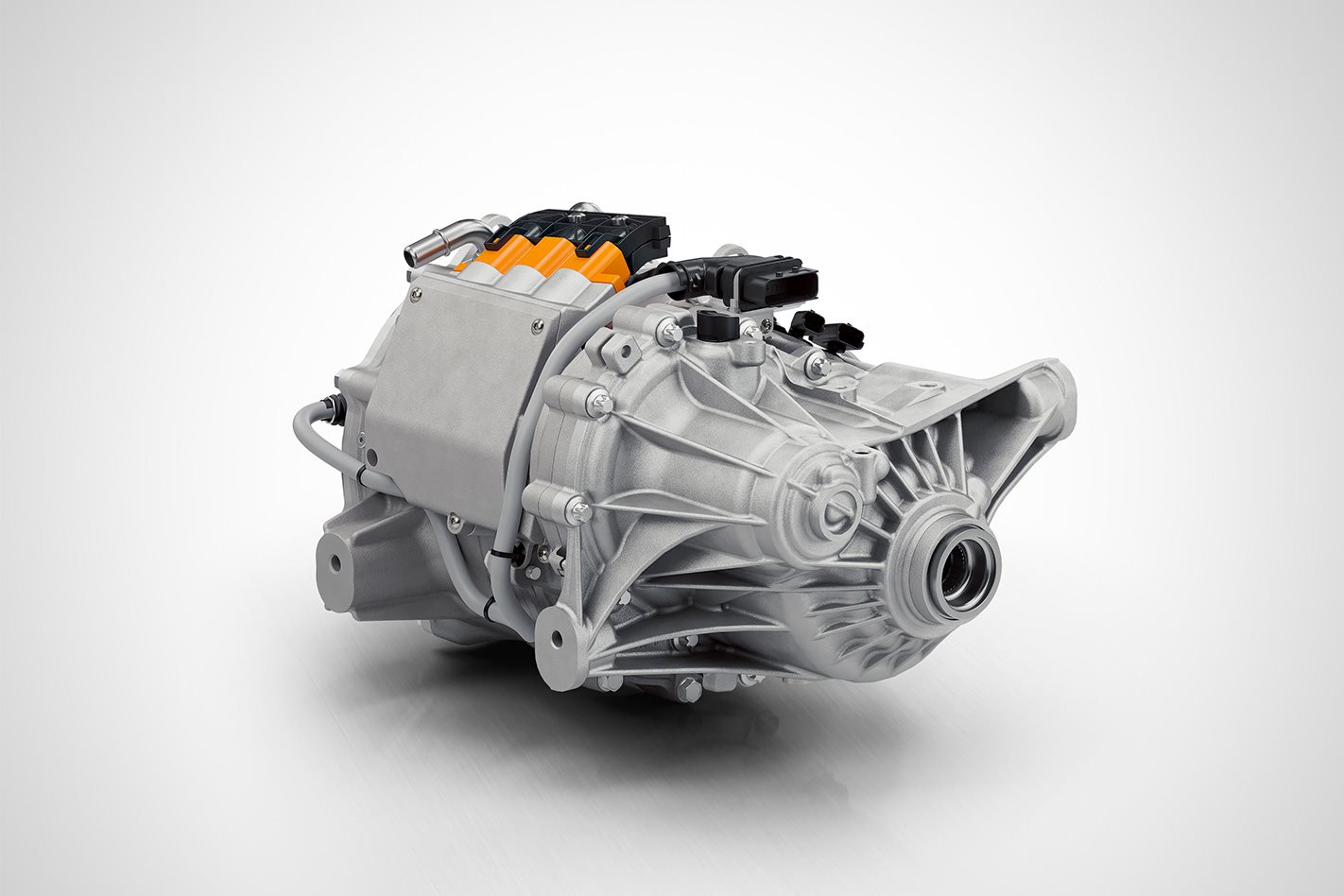 With both motors working in unison, the XC60 and XC90 can accelerate to 100km/h from standstill in just 5.3 seconds. Drive them more sedately, though, and the engine can return fuel economy as frugal as 2.1 litres per 100km.

Positioned between the electric motor and petrol engine is a 10.4kWh lithium ion battery hidden under what would ordinarily be the transmission tunnel. Locating the battery along the centre line of the car and not under the floor means ground-clearance and boot space are not compromised.

The battery provides power to the rear-axle electric motor for either pure EV driving, or the motor can work in partnership with the petrol engine for maximum performance. 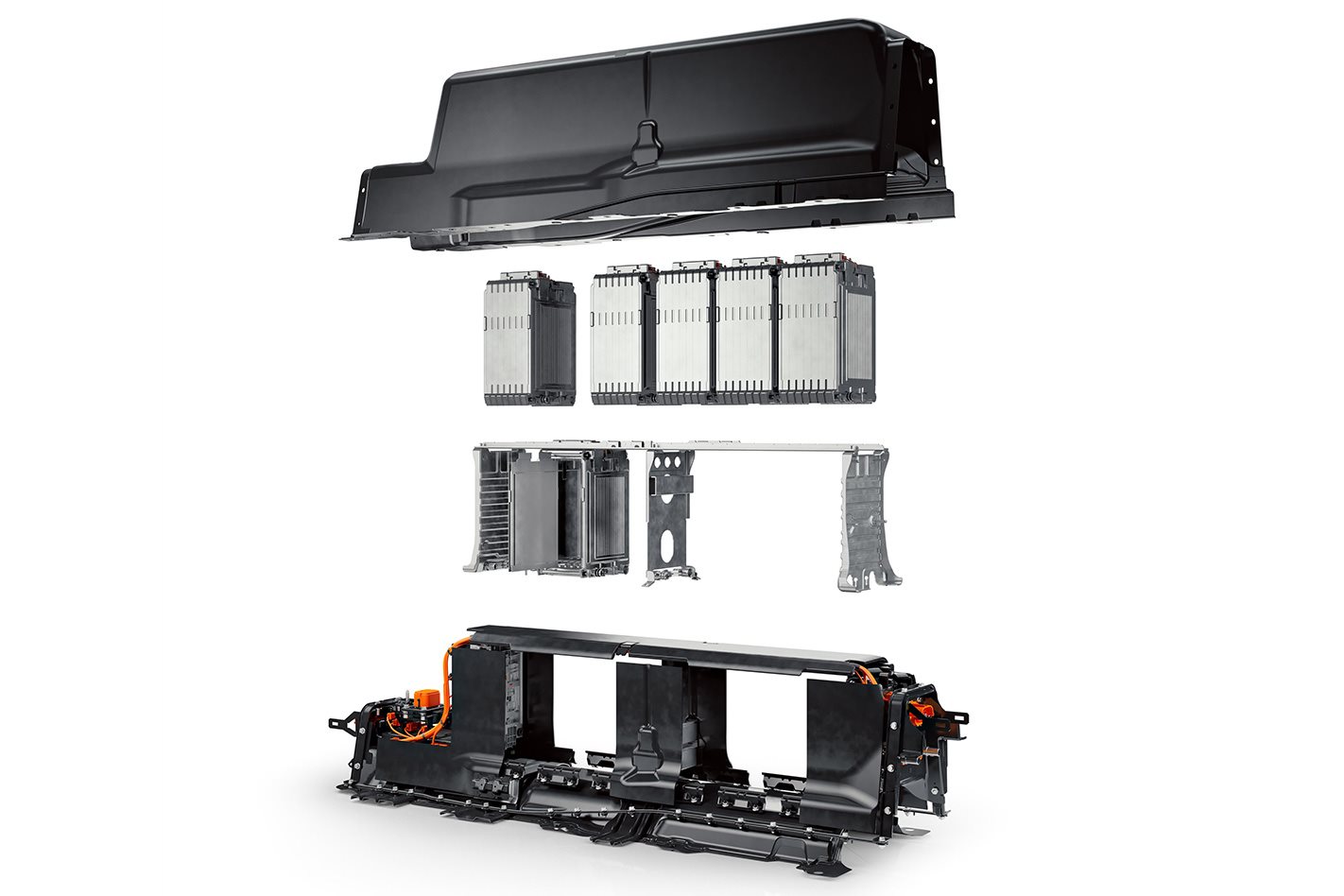 The T8 drivetrain is a plug-in hybrid system. A full charge for the battery takes three hours when using a 16-amp mains electricity supply, four hours with a 10-amp supply or seven hours if using the standard six-amp plug.

On a full charge, the T8 drivetrain allows a pure EV range of up to 40km in the case of the XC60 T8. Once the battery becomes depleted, the drive mode can switch to recharging the batteries and running the engine with petrol power.

Volvo’s global portfolio of T8-engined models includes the XC60, XC90, S90 and V90. You can expect the powerful but efficient drivetrain to proliferate the range with even higher performance hardware on the way.

Volvo’s now standalone performance arm, Polestar, will soon apply the drivetrain to its most potent application when the Polestar 1 hits showrooms. 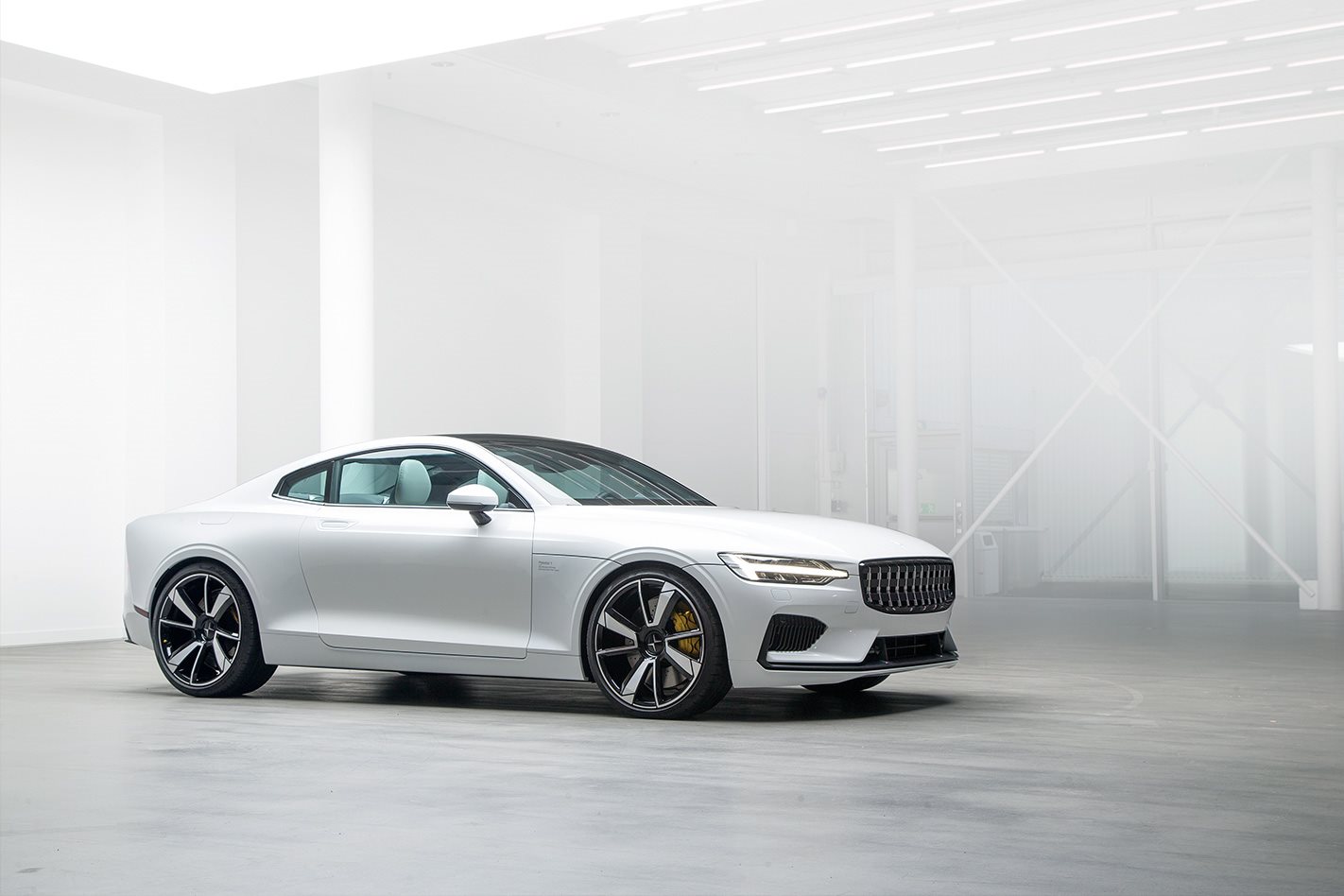 The elegant coupe uses a 280kW version of the turbo/supercharged 2.0-litre to drive the front wheels, but couples it with a pair of rear-drive electric motors producing 82kW each. It gives the Polestar 1 a whopping 444kW/1000Nm – that’s up there in supercar territory.

Performance and efficiency figures are yet to be confirmed but, on paper alone, the company’s first thoroughbred sports coupe in years is already promising to be a ripper, but also offers a range of up to 150km running on electricity alone.

It seems the cutting-edge T8 drivetrain is only just starting to prove what it can really do.