Your mum, bless her, probably doesn’t like motorsport. Mine doesn’t.

In fact, she’d prefer it if you and I were collecting stamps instead.

Then again, she’s the one who could never figure out why the petrol tank in her Torana was almost empty each Saturday night when her and dad were out at the RSL, even though her car was locked in the shed at home and her little darlings (that would be me and my bruvver) were the only ones who knew where the key lived. So what does she know?

But me and motorsport? Our paths were always going to cross at some point. Fate, I believe it’s called. I remember back in the dark days of the late ’80s, a few of us decided that roaring around racetracks in a bunch of all-but-standard HQ Holdens with the floor mats ripped out would be a grand way to spend weekends. 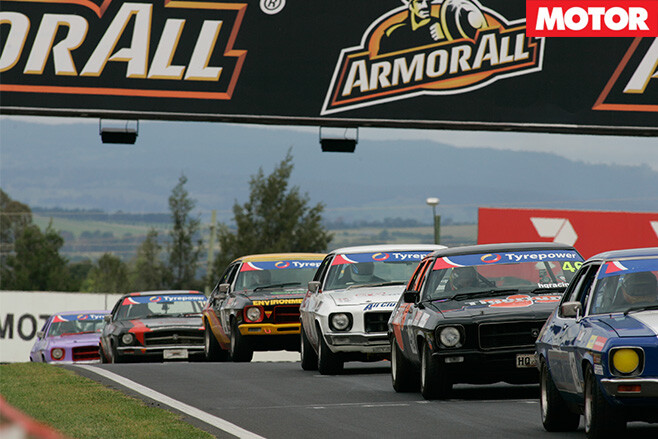 The Tasmanians had invented HQ racing and, after going down there and having a quick blast in one of the cars, I was convinced it would work on the mainland.

So we started a club, lobbied CAMS to be included in the next year’s calendar and whaddayaknow? We had ourselves a race series. Initially it was just good, clean fun. My car, as it sat idling on the grid for the first time with my clutch knee doing a pretty good impersonation of a fiddler’s elbow, owed me just on four grand.

That was probably on the low side of the grid average, but I’ll bet you no single car on that grid that day owed its punter any more than 10 large. Of course, like a HQ’s coarse spline axle, the series couldn’t last. First signs of the rot setting in were the nosy little freaks from other teams that wanted to ‘help’ the officials scrutineer your car. In my experience, a race scrutineer needs no help in finding fault with something mechanical.

But now, as well as holding your breath and crossing your fingers, you had to deal with Matey’s brother helping identify that the windscreen washer bottle you were using was from a HJ, not a HQ. Piss orf, dickhead. 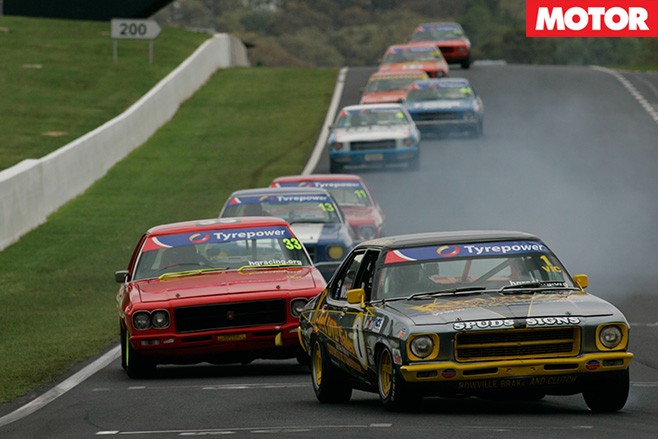 You could almost live with that, but what buggered it up for a lot of blokes was the year a pair of brothers turned up for a race meeting and parked their banana-back truck, painted the same colours as their brand-spankers race cars, in amongst the rusty, bald-tyred, rented trailers the rest of us always used.

And on the back of that truck were two identical HQs that were, effectively, brand-new cars.

My mate Lenny – who knew about these things – did a quick add-up in his head and reckoned each car represented something like 50-grand. No surprise to learn they started wiping the floor with the rest of us. 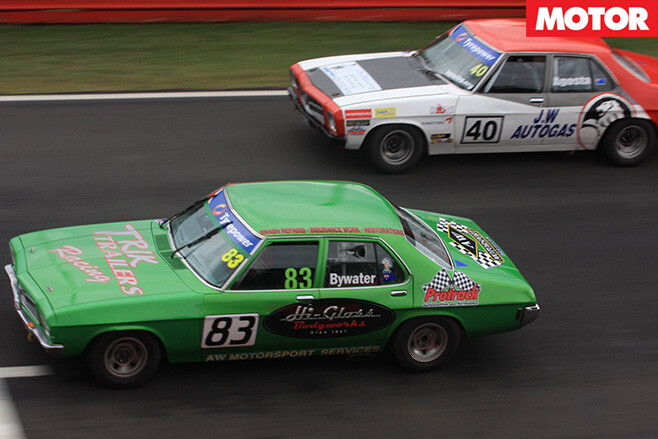 So, for me, the golden era of HQ racing was the first couple of seasons where a front bucket from an LH Torana was a race seat and you didn’t remove the optional vinyl roof your race car came with when you dragged it out of a paddock, because the rust-monsters that were holding the roof together don’t like direct sunlight.

But you know what? I still see a few of my original HQ racing mates – usually at historic race meetings – and we still crack a beer and yak on about the good old days, even though those days are getting on for 30 years ago.

I might be wrong, but I bet you can’t say that about stamp collectors.