Would you buy a used car from this man? 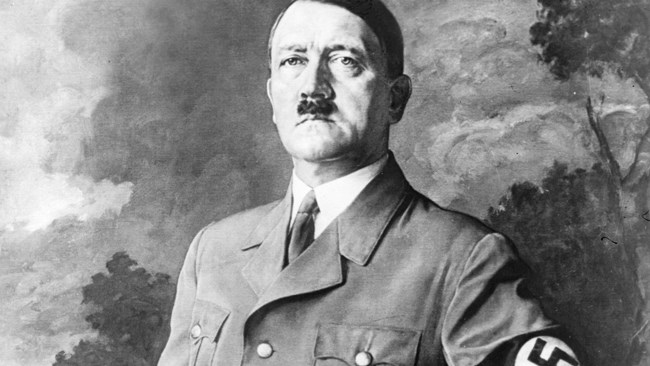 Not everyone would see the appeal in spending several million dollars on a car that may or may not have been ridden in by someone who never had a driving licence. Even if said person was a self-proclaimed car enthusiast, and was instrumental in putting the automobile within reach of the common man.

Plenty of people would actually be discouraged to learn that their used car had originally been delivered in 1935 to an A. Hitler of Berlin.

There again, it seems plenty of others wouldn’t.

Last November, Dusseldorf classic-car collector and dealer Michael Froehlich spouted that he had “tracked down” a 1935 Mercedes-Benz 770K (kompressor) Grosser limousine that had been used by Adolf Hitler.

In fact, it was one of a group of six similar 770 models – four of them also former Nazi state cars – that Froehlich had located at the request of a mystery Russian billionaire buyer.

The Russian was said to be paying a sum well into eight figures for the six cars, owned by a collector in Bielefeld, Germany. The blue-black, open-roofed ‘Hitler’ car, which is fully armoured, weighs about five tonnes and carries the registration 1A 148 461, might itself be worth $10m.

Nasty Nazis or not, the Mercedes-Benz 770 was one of the world’s most significant cars during a 13-year production run that began with its launch at the 1930 Paris motor show. The production comprised Series 1 (W07) and the 1938 Series 2 (W150), which brought a new chassis and coil-spring suspension. Only 117 Series 1 and 88 Series 2 cars were built.

The Grosser was suitably imposing, on a 3.75m wheelbase and weighing close to three tonnes, depending on coachwork. Power came from a 7.7-litre straight-eight engine driving through a four-speed Maybach gearbox.

In standard guise, the ohv engine developed around 110kW. All but 13 examples, however, were fitted with the optional, clutch-actuated Roots supercharger that lifted power to 150kW in the Series 1 and 171kW in the re-tuned Series 2 (which also gained a five-speed ’box). Thankfully, the enormous hydraulic drum brakes were vacuum-boosted.

What truly distinguished the 770 Grosser was its customers. Along with the top-ranking Nazi officials, these included exiled German emperor Kaiser Wilhelm II (who had a grey cabriolet), Japanese emperor Hirohito (red limousine) and Finnish president Baron Gustav von Mannerheim, who took delivery of a black cabriolet in 1941.

Mannerheim’s four-tonne example was armoured with 3mm-thick body panels, a 6mm floor and 40mm bulletproof windows. Its fuel consumption of 27L/100km necessitated a 197-litre tank. This car’s 1948 shipment to the US and starring role in the 1951 film The Desert Fox: The Story of Rommel often had it mistakenly branded as ‘Hitler’s Mercedes’.

For six years, it sat alongside the blue-black sister car 1A 148 461 in the collection of Arizona developer (and Barrett-Jackson auction co-founder), Tom Barrett. When auctioned in 1972, the Mannerheim car fetched a then-record US$176,000 and the ‘Hitler’ car US$93,000.

The latter hardly needed to be tracked down: for several years it was owned by colourful Las Vegas businessman, Ralph Engelstad. In a room at his Imperial Palace casino, Engelstad displayed the 770K among a collection of Nazi staff cars and memorabilia, and his-’n’-his paintings of himself and Hitler in full Nazi uniforms. The car was eventually sold to the German after Engelstad’s death in 2002.

Car dealer Froehlich, 50, is one who doesn’t get Engelstad’s humour. “I was of two minds about tracking down the car of this shit Hitler,” he bluntly told Germany’s Der Spiegel. “The vehicle disgusts me, I have to say.”

Others were more sceptical than disgusted. Within days of Froehlich’s ‘find’ being reported, Mercedes-Benz factory historian Josef Ernst keenly refuted that 1A 148 461 was anything special. The Chancellery at that time, he explained, simply bought and maintained a fleet of cars. “Who drove in what and when, is practically impossible to determine,” he said.

“There is no such thing as Hitler’s own car.”