Before the 4X4 Australia Ranger was shipped off to Tassie for its most recent off-road adventure, we kitted it out with Narva Ultima 180 LED driving lights.

These small-diameter (180mm) lights are ideally suited to vehicles with limited mounting space, and while this is not necessarily the case with our Ranger – which wears a trick-looking loopless AFN 4x4 bar – the compact dimensions do allow us to easily fit four of the Ultima 180s up front.

The Ultima 180s feature a hybrid beam pattern that’s engineered to provide a volume of light for off-road 4WD use combined with long-range light performance for on-road driving; and the fact that we have four of them fitted means we can aim the inside pair straight down the track while skewing the outside pair slightly to the sides, which provides plenty of light right where it’s needed, no matter the driving conditions. We’ve also fitted separate light switches for each pair, which allows us to run just the inside pair or the outside pair, or all four lights at once. 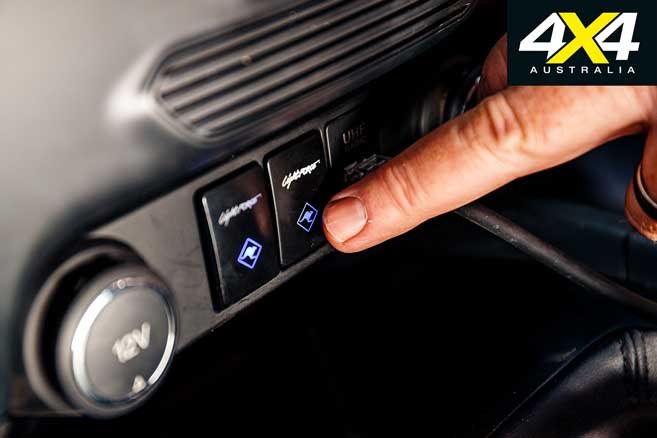 Before getting into the technical nitty-gritty, let’s talk about light performance. We tried to avoid driving at night in Tassie due to the abundance of wildlife, but on one particular night this could not be avoided, and we didn’t make it out of the track from Montezuma Falls till around 11pm.

This track is pretty slow-going, but with potoroos and quolls all over the place, it was fantastic to have a long throw of light down the centre of the track as well as a generous spread of light to the sides. This also proved beneficial once we finally made it on to the road for our run back into Zeehan; reflected light from road signs could be easily minimised by switching off the inside lights, while the outside lights still produced much-needed light to the sides of the road, far in excess of what the Ranger’s standard high-beam lighting could achieve.

One of the other things I like about the Ultima 180s is how easily they can be vertically adjusted if needs be; and no tools required thanks to the large aluminium adjuster knob on each light. 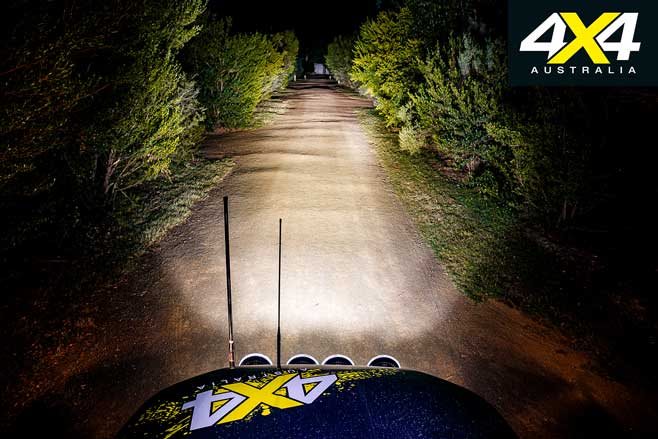 For the technically literate, the important figure of 1 Lux at 600m (per pair) allows for direct comparison with other lights. Narva also says the reflector used in the Ultima 180 is a highly polished super-efficient alumininium metallised unit, with precisely sculpted parabolas that allow the light produced by the LEDs to be controlled. 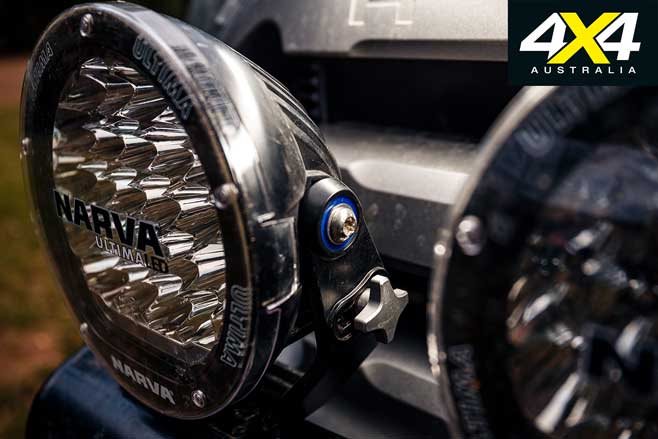 The Ultima 180’s 25 LEDs are housed in a tough pressure-diecast aluminium housing with built-in ‘Active Thermal Management System (cooling fins) to ensure cool running. The housing is sealed against dust and water ingress (IP66 and IP67) and has a Nitto breather vent and DT connector. The lens and lens protector are made from a virtually unbreakable hard-coated polycarbonate. Each light weighs in at 1.75kg and Narva claims a modest current draw of just 8.9A at 12V.

Versatile three-bolt mounting options make the Ultima 180s compatible with all nudge bar and bullbar makes and models, and the tough mounting bracket features a polymer rubber suspension system to make the light impervious to shock and vibration. The four lights on the front of the Ranger have certainly proved shake-and-rattle free over some pretty rough roads and tracks thus far. 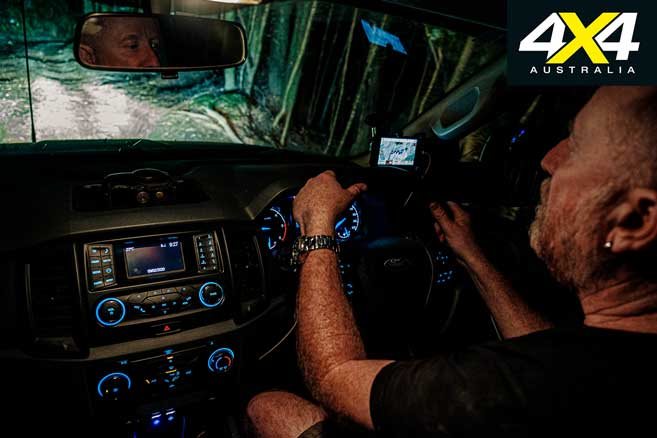 The Narva Ultima 180s are supplied with a wiring harness and switches, and interchangeable coloured trim pieces (blue, black, yellow and red) for vehicle customisation. The standard stainless-steel bezel can also be replaced with an optional gloss black or chrome plated bezel for further customisation – again black on our Ranger.

For peace of mind, Narva backs the Ultima 180 LEDs with a five-year warranty. 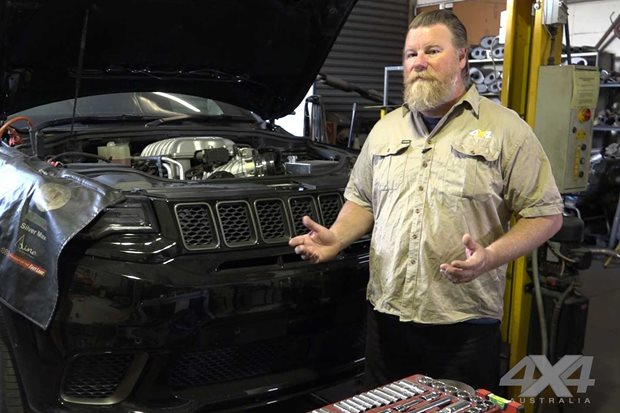 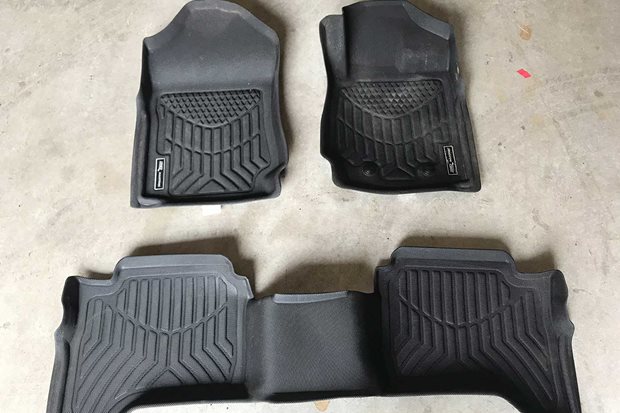 Set-and-forget carpet protection, with a set of TruFit 3D mats. 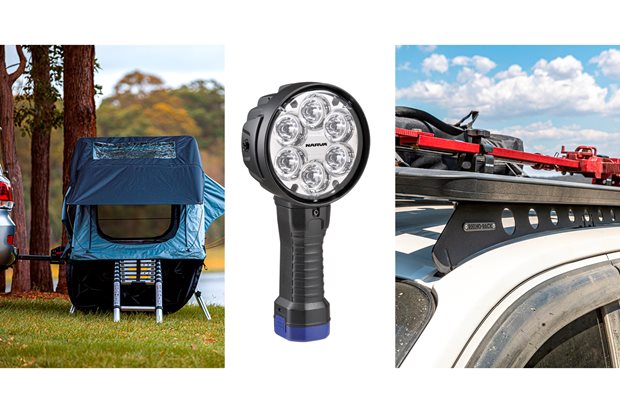 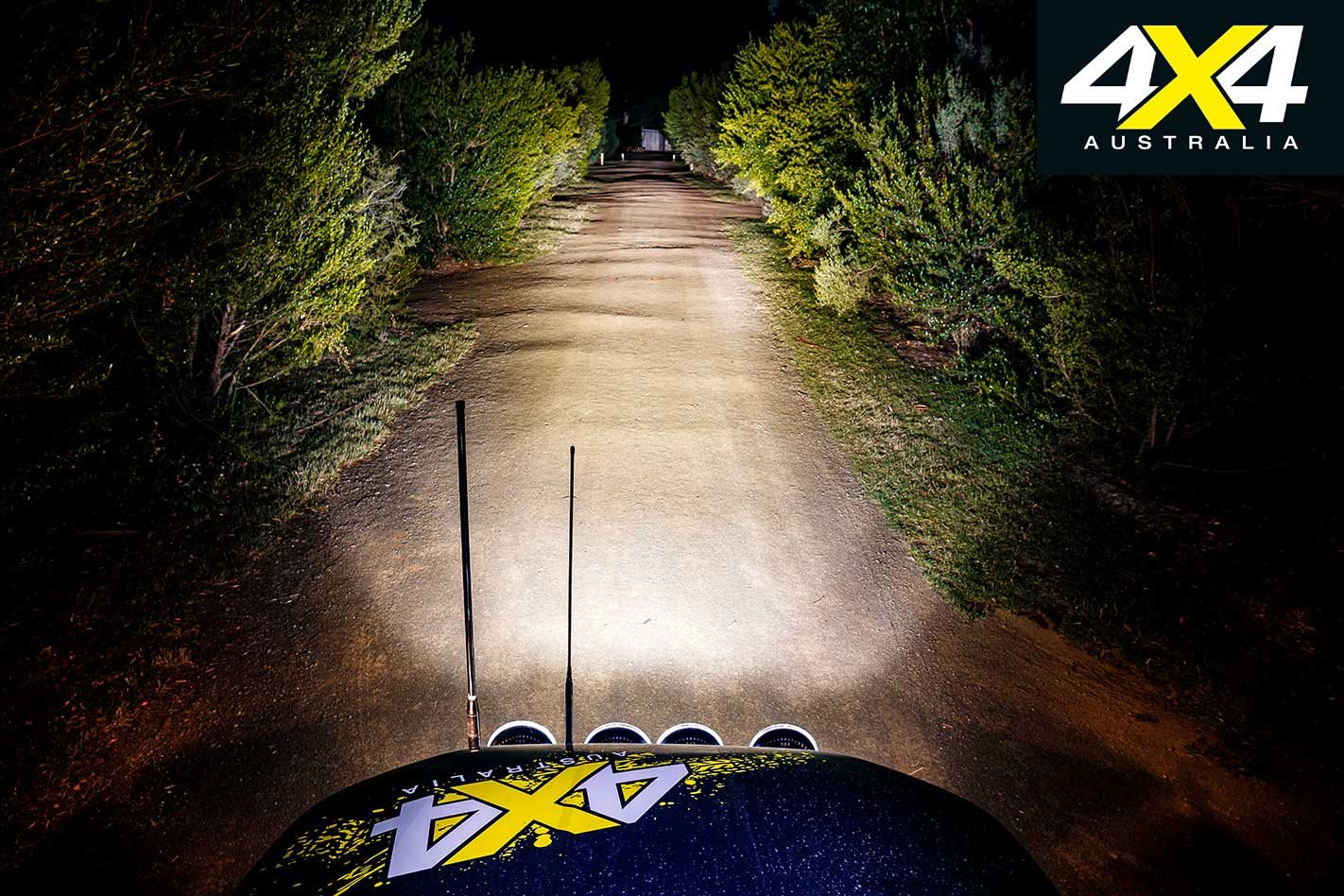 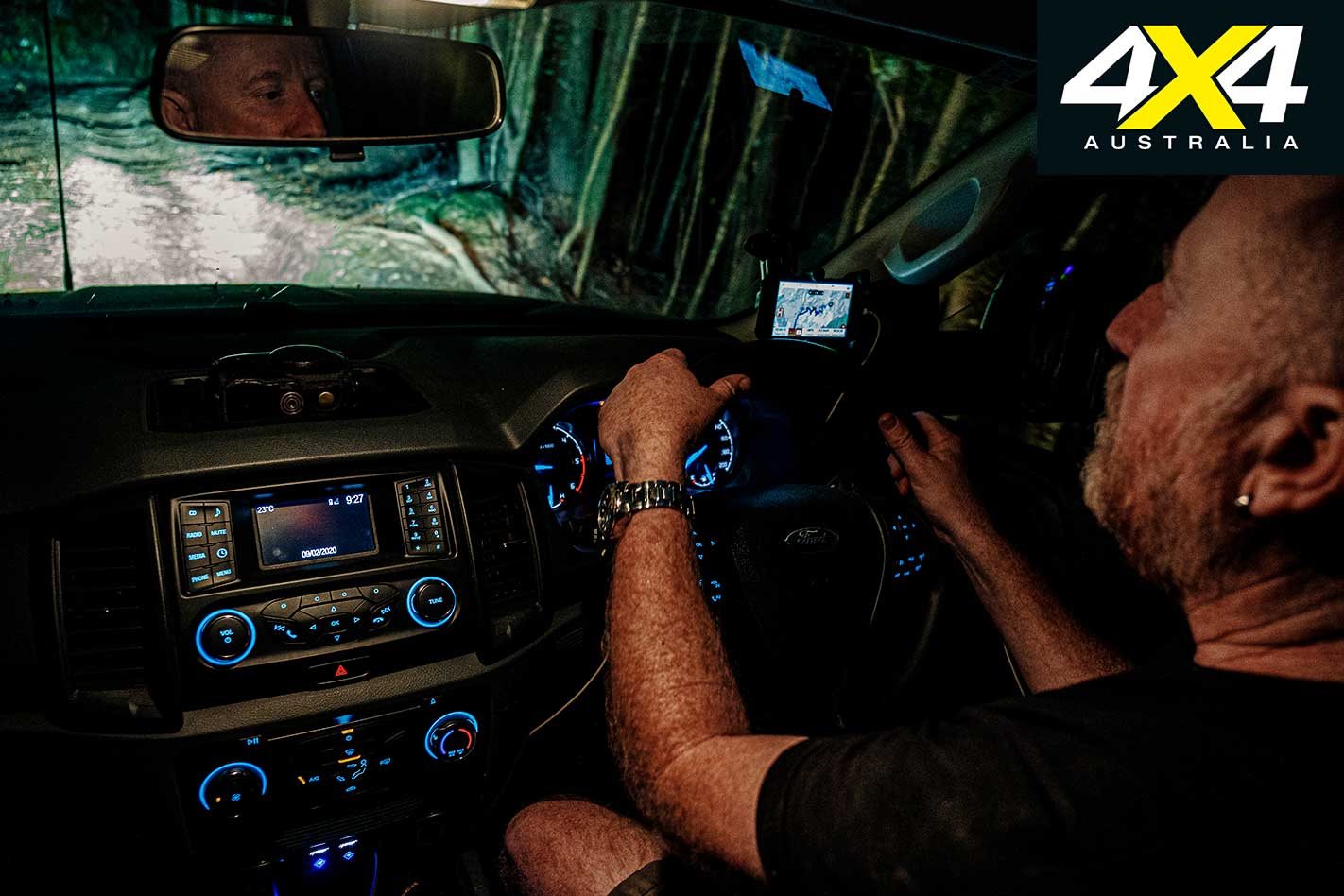 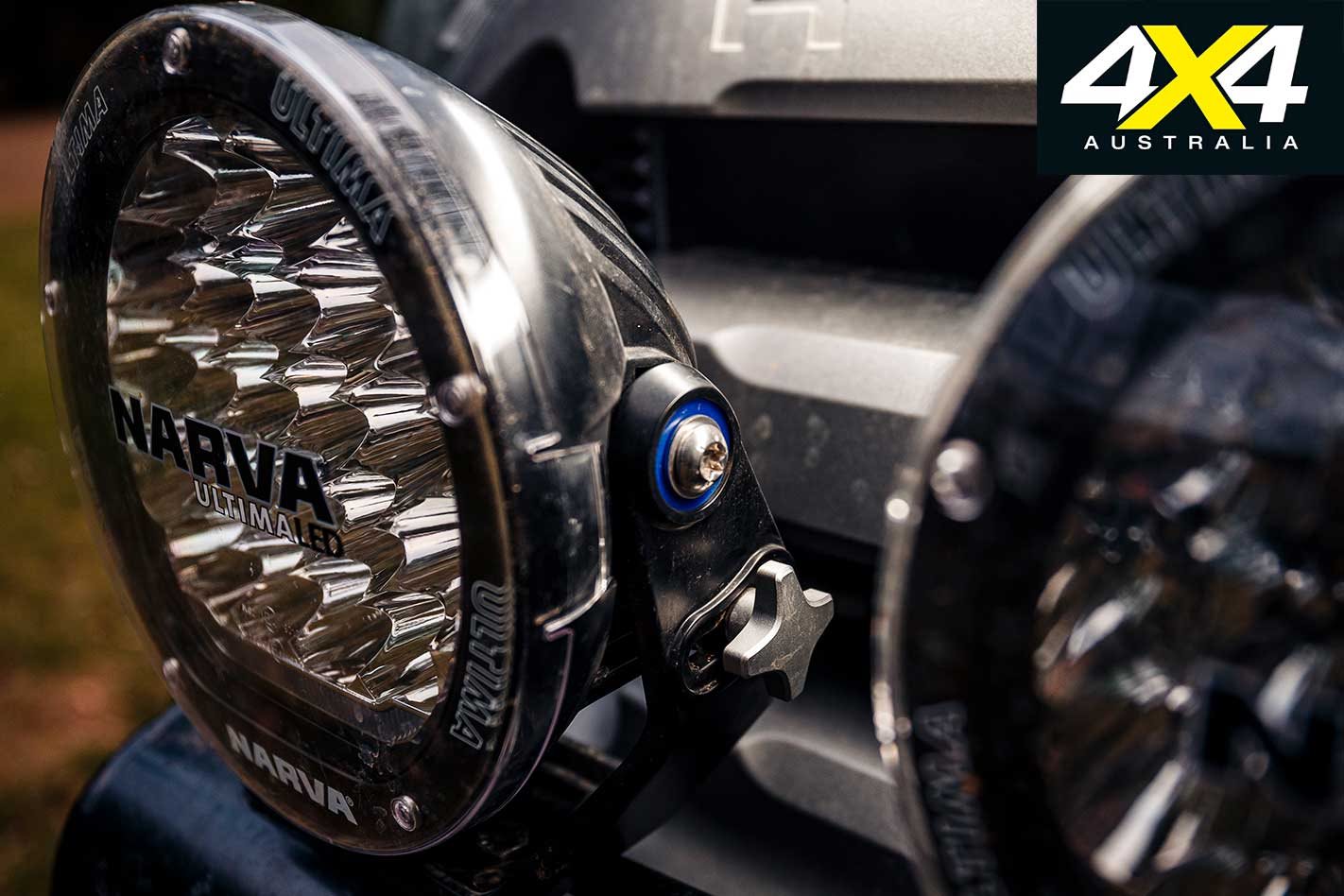 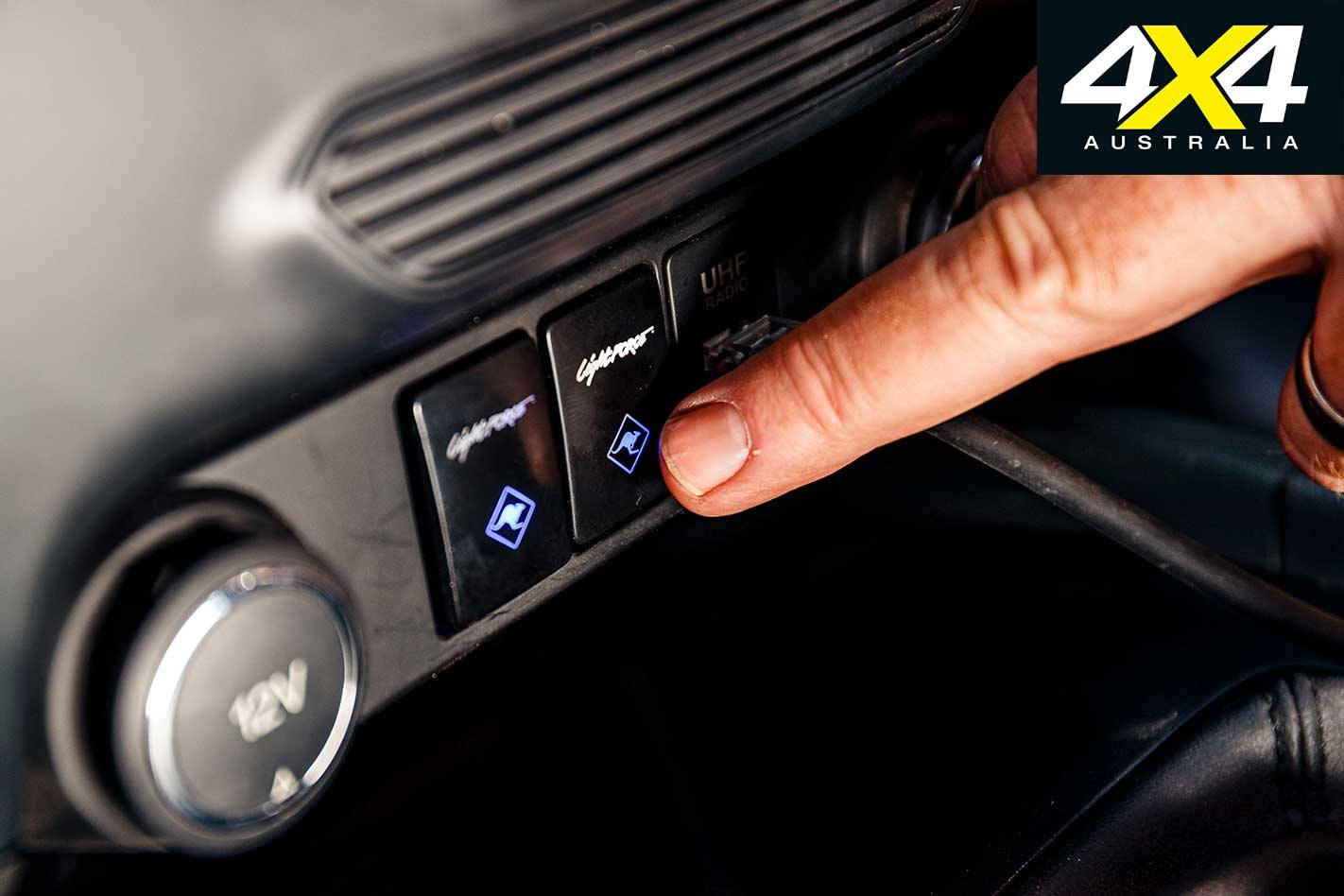 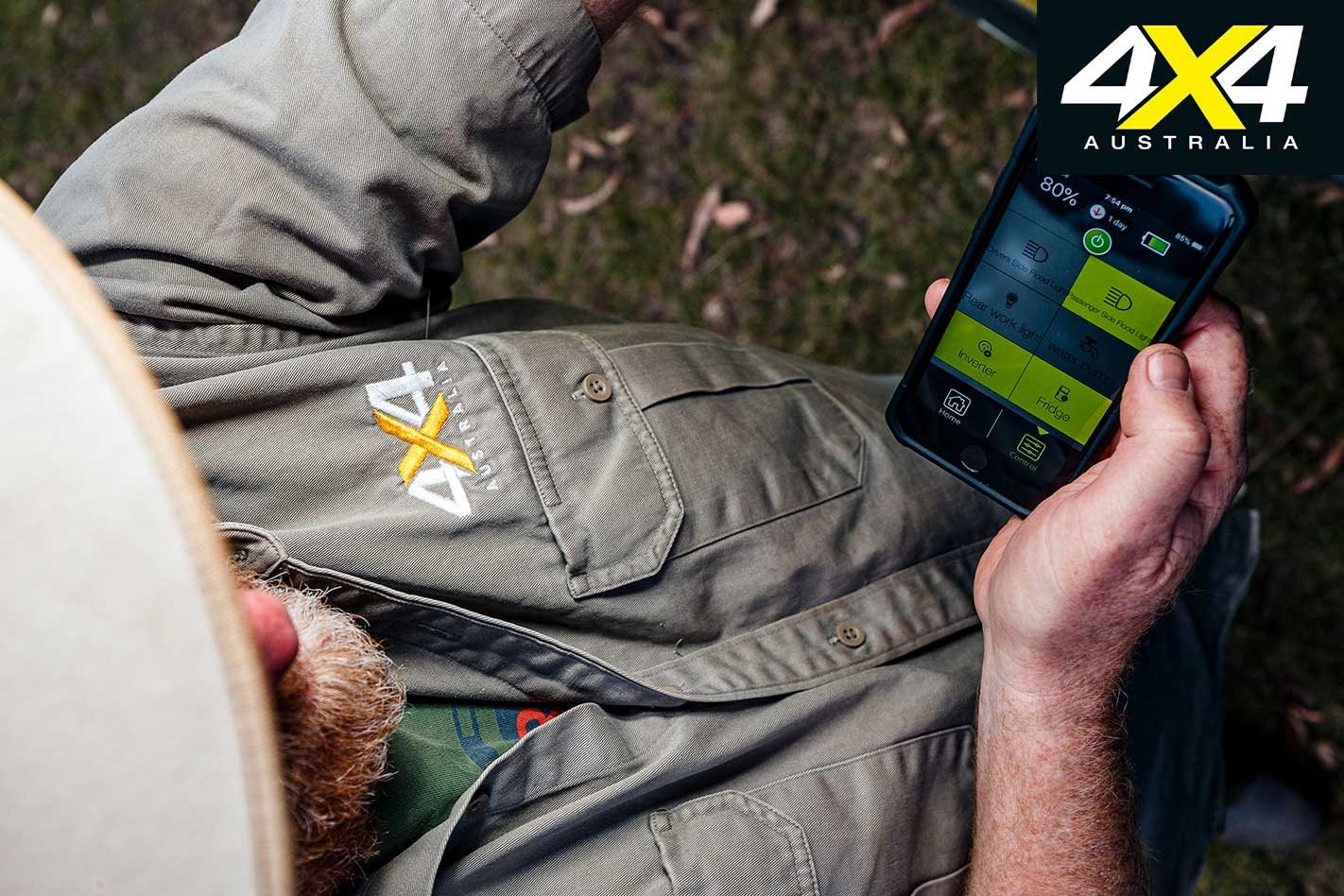