How to: camping with the kids

Taking the little ones camping doesn’t have to be an ordeal.

HEADING out bush for the first time with your children for some camping and 4x4 touring is an exciting yet daunting prospect, and it can instil a love for camping and the bush in your kids when they are still young and impressionable. It also provides the perfect excuse to get out and explore this country.

All it takes is a bit of extra planning: how much additional gear, what accommodation option (swags, tent or camper-trailer) to go for, where to go first, how long to go for, what to take to keep the young ones entertained, and how to involve them in the whole experience.

It isn’t as dramatic as it sounds though; get the initial plan sorted and tweak it over progressive bush trips and you and your kids will never look back. 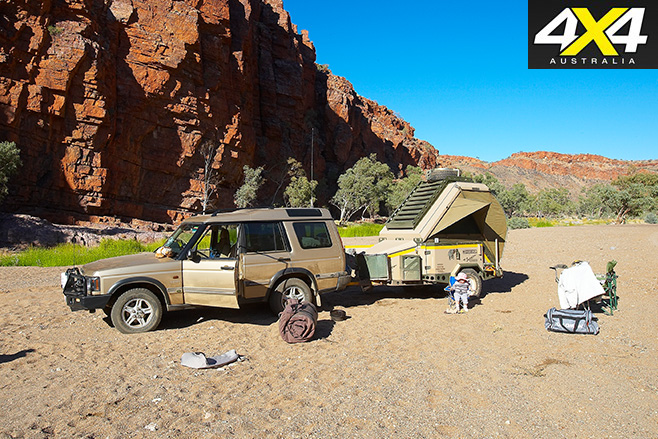 PREPARATION
IF anything is going to ruin that first 4x4 camping trip with your kids, it will be a lack of preparation. It sounds amusing, but the best way to prep for the first trip is to treat it like a military operation – no, really. And that starts with researching the whole camping-with-children thing. In other words, ask those who’ve already done it, and take plenty of notes of what worked for them, what didn’t and what, if anything, they’d change (allowing for your children’s temperaments/quirks).

The next thing is to source all of the additional equipment you will need, from sleeping gear and clothing to an extra camp kitchen kit (plates, bowls, water bottles, etc.) Bearing in mind how easily things get lost – both in a vehicle and at a campsite – make sure you pack a few spare water bottles and additional cutlery/crockery. 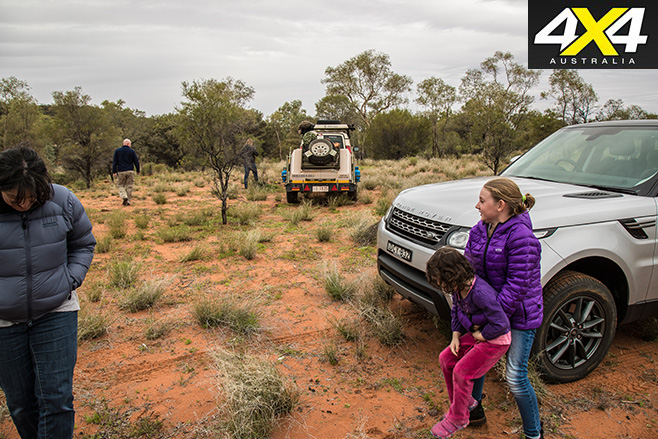 This is a great way for your kids to feel more involved in the bush camping process – even before you head out. Knowing they have their own gear “especially for camping” immediately invests them in the upcoming adventure. For small kids (under 12) there are a number of children’s sleeping bags on the market (we purchased ours from BCF). There’s also plenty of other kid-focused gear including swags (ARB offers two child-sized swags, Ariel and Fourby) and smaller daypacks.

The accommodation option you go for will depend on the age of your kids. For us, with a five-year-old and a 2.5-year-old, a tent or camper trailer is the best bet. Keeping everyone under the same roof keeps the young’uns reassured at night and adds to the adventure as they’re sleeping right next to mum and dad – just make sure the tent or camper trailer includes a large vestibule/covered area, or take an additional tarp.

Nothing will kill the fun of that bush camping adventure more quickly than a day or so of rain, with parents and children all huddled in a small space. Having a large covered area is great for the wet weather, but it also provides space to store kids’ toys, the fridge-freezer, dining tables and more. It is also very handy on particularly hot summer days to ensure you and the kids don’t cop sunburn (of course, pack sunscreen as well). 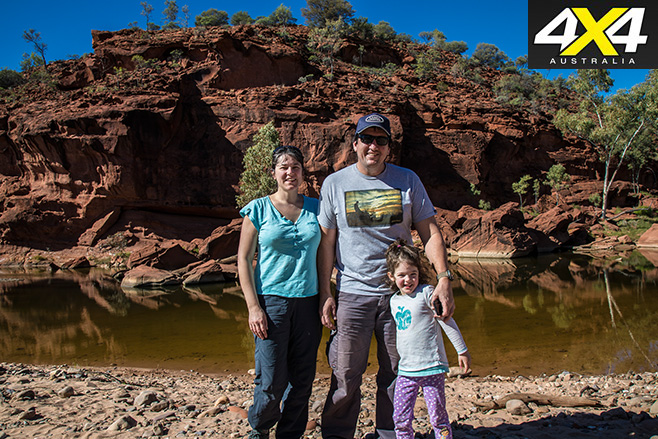 If you’re bush camping with older kids then things like swags and/or separate tents (basic two-person hiking tents are great for kids who want their own space) are definitely worth checking out (vehicle storage space permitting). For our young family the ultimate bush accommodation would be a camper trailer with an included (large) annex area(s). A camper trailer can house all the family’s gear, as well as additional toys such as bikes, a canoe or a tinnie. The gear you bring for your kids to keep them occupied will be governed by where you plan on camping.

However, there are a few things we’d suggest as absolute essentials, especially when heading out on that first trip. Digital cameras are dirt-cheap these days and, on a recent Red Centre bush camping trip, our daughter Sarah was given a small compact digital camera and loved it, taking photos the entire trip. It didn’t matter in the slightest that the photos were sometimes blurry or tilted, as she was having a great time recording her first outback adventure. 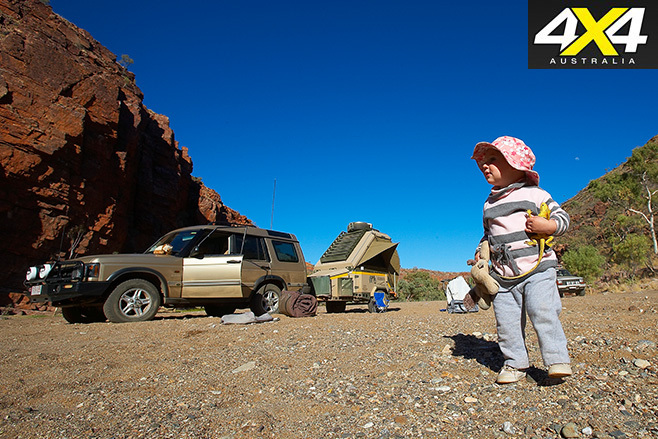 There were three other essentials we gave Sarah in her daypack that we’d recommend for any touring parents: a head torch, binoculars and a diary. The head torch is pretty self-explanatory, providing light for kids to eat their dinner at camp, and for general moving around at night. It also gives them a sense of independence in what can be a confronting environment the first time they’re out bush.

The binoculars were handy when we spotted a bird or small mammal in the distance, and even at camp we’d see them being used to check out our surroundings. The diary was Sarah’s own idea and, even though she’s still getting the hang of writing, she diligently scrawled in the diary every day out in the desert. Like the camera, a diary will bring the kids closer to their bush camping environment as they record the sights during the day. It’s a simple and cheap investment that ups the fun factor. 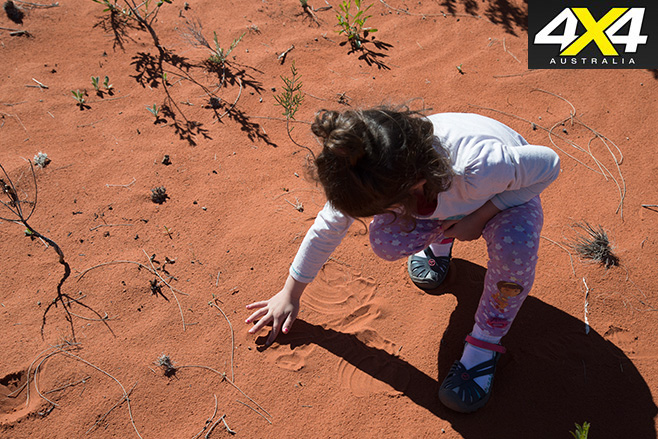 THE DESTINATION
IT would be awesome to head straight out into the desert or tropics for your first bush camping trip with the kids, but if there’s one part of the whole preparation process that needs a bit of extra attention it is where to go first. For that first bush camping experience we’d recommend a national park campground. You will usually find a national park near home, and most of them usually have at least basic facilities including drop-toilets and cleared camping areas. Opting for your first bush camp to be near home also covers any unforeseen eventualities, whether it’s your kids freaking out, or simply that the weather turned rubbish and you don’t want their first camp memory to be of crap weather.

A few weekends of camping in nearby national parks (or caravan parks and campgrounds) is the best way to give your kids that initial taste of bush camping, while also figuring out if your set-up is working how it should. Being able to return to the same place as you try different things is also handy as both you and your children know “the drill” in terms of what’s there, where to camp, and how long from set-up until they are out on their bikes or exploring the nearby bush. Once you’ve nailed the camp set-up, then you can look to longer 4x4 camp trips, knowing that no matter where you go the most potentially stressful component of camping – the actual setting up at camp – will be nearly eliminated. 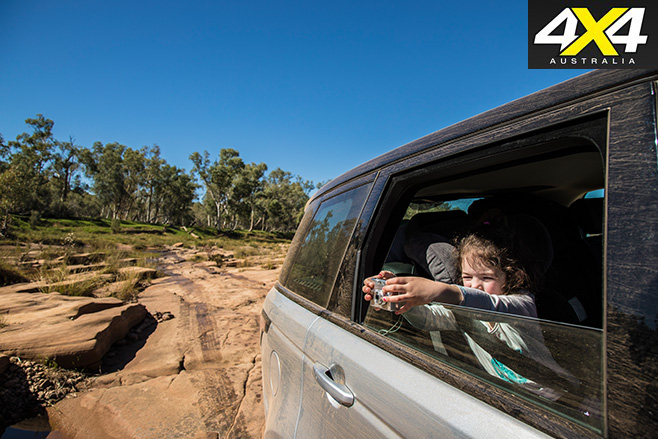 It’s when looking at new destinations that you can include your children in the planning. If there’s one thing our daughter became obsessed with during our Red Centre adventure, it was the Hema Maps app on my iPhone. Showing Sarah our route on the screen – and then again on a larger paper map once we got to camp – was another brilliant way in which to get her excited about being out in the bush.

Including children in the route-planning, with big maps and photos of the destination that show what is there and what activities they can tackle, is a brilliant way to up their enthusiasm for any trip. Giving them a map of their own that covers said route is also another way of engendering a love for camping.

Some people think a family bush camping destination has to have plenty to occupy the kids, but this would be doing children in general a disservice. You’ll be surprised how easily they can be occupied just exploring the area around camp. And this is where bush camping – as opposed to caravan parks and campgrounds – is a real winner. Simply being in a remote location, whether desert, high country, tropics or beside a wild river, will be amazing enough for kids, especially once they start checking out everything in their new surrounds. From “that big rock over there” to a bird’s nest in a low-lying shrub that the parents haven’t seen, kids will soon find things to keep them occupied in the natural environment. 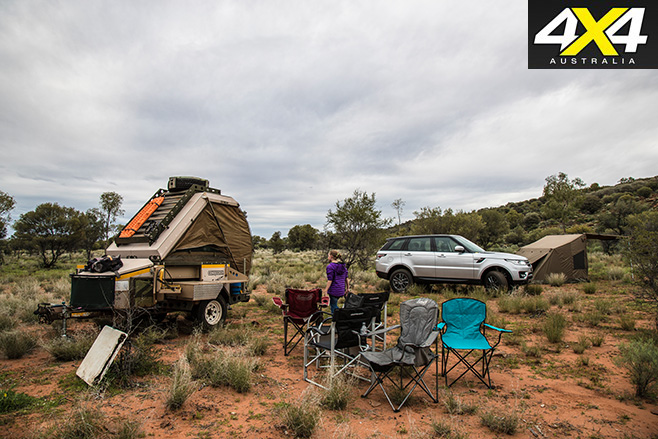 Once you’re at camp involve the kids in the setting-up process by getting them to make their bed or collect firewood. Being at camp also means you can teach your kids some essential around-camp rules: ensure they know not to go near the camp fire; teach them to zip up the tent fly; to stay away from snakes and spiders; to avoid tent guy-lines so as not to trip; and to help with the washing up of plates after dinner. This immerses them in the whole bush camping culture, where everyone in camp pitches in to get jobs done so they can get back to the more fun stuff of exploring the area.

Speaking of exploring the area, it’s important to try and stay more than one night at each camp. This is where those who have previously travelled one- or two-up with another adult will notice the biggest difference once the young’uns come along: your daily travelling times will be seriously shortened. Little people can only stand being in a vehicle for short periods at a time, so stopping more regularly to stretch legs, give them more food, and change nappies will have to be factored into your trip’s planning. This doesn’t have to be a pain, as stopping for a “rest” means you can tell them about the route you’ve just covered, ask them what they saw when they were looking out the window, and keep them pumped about the big adventure. 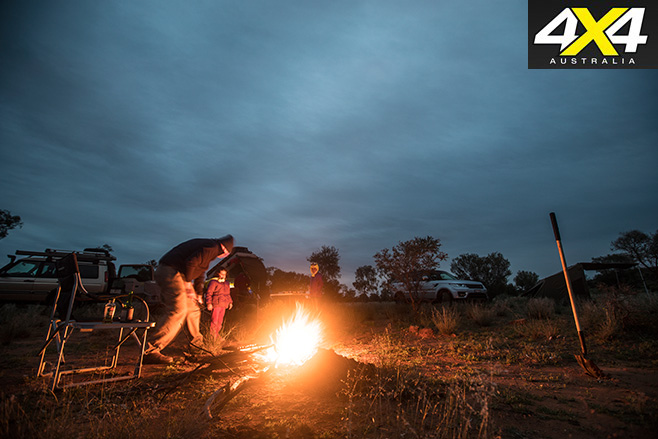 Staying a few nights at one camp also means everyone isn’t constantly on the move, and you and your kids won’t become overly tired and, as a result, irritable, which can make any camping trip become a misery. Trying to fit too big a distance in is a big mistake 4x4 tourers can make. And, really, what person doesn’t love kicking back at an awesome campsite for a few days and forgetting about the world you’ve left far behind?

A RETURN ON INVESTMENT
If you asked me five or so years ago, before I had kids, what I thought of the whole idea, I would have shaken my head, taken a look at the perceived effort for minimal enjoyment, and simply said “no way”. Yep, it was sheer ignorance. When I look at the many benefits – for kids and parents – that 4x4 touring and camping offers, it’s hard to find a single negative. Even the daunting prospect of that first bush camping trip can be viewed in a positive light, as it gets you out there in the awesome Australian bush. 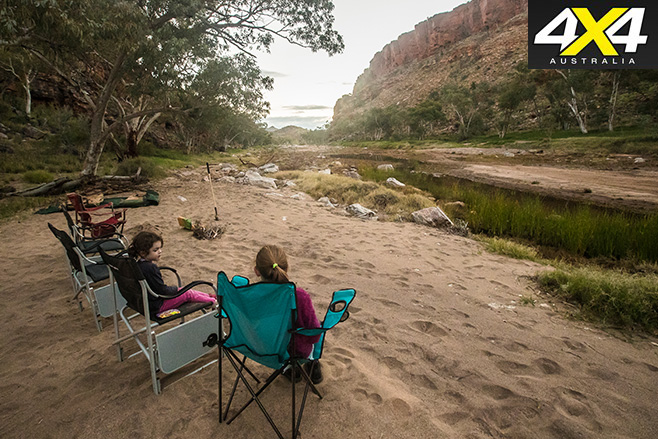 It gets better fast and, by fully focusing on how much fun bush camping is for everyone each time you pack the 4x4 and head out, your kids will come to see it as an integral part of growing up.

Just get ready for the nagging. Since we got back from the Northern Territory in July we’ve been bombarded weekly with: “When are we going out to the desert again, dad?” I can think of far worse questions to be asked. 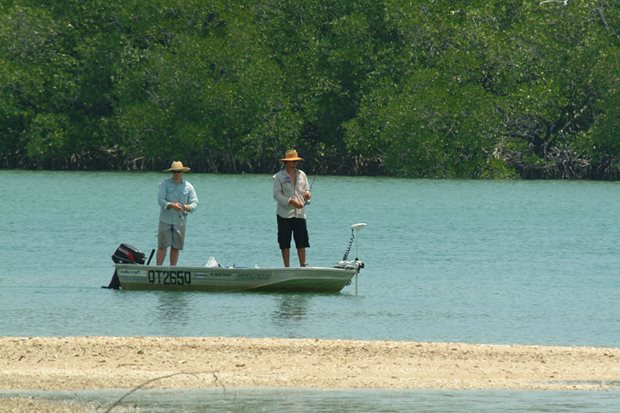 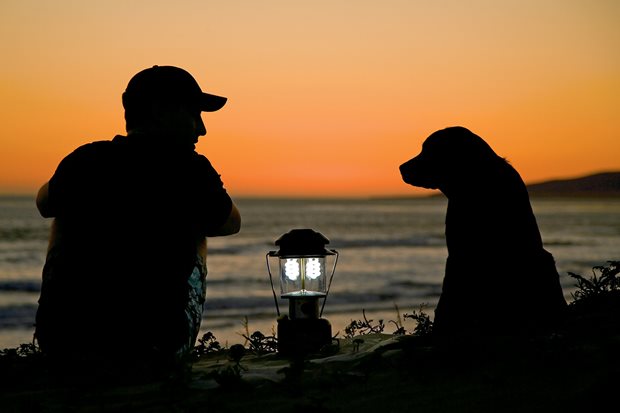 How to travel with your pets

Touring with your best mate requires commitment, but the rewards are great 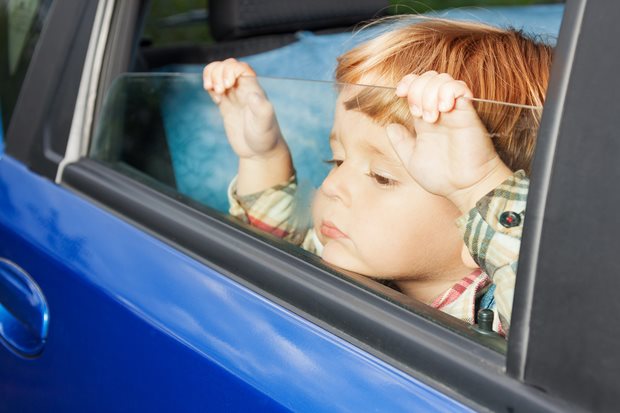 10 games for a family road trip