Since 2005, MAXTRAX has been the byword for unique and effective vehicle recoveries around the globe, and 2018 is shaping as a big year for the brand as it expands its range to include more innovative recovery gear.

It’s hard to envisage how the idea for a product such as MAXTRAX initially came about – well, that is, until you hear MAXTRAX’s Brad McCarthy recount the humorous story of the brand’s origins.

“I was researching for a guidebook up north (in 2002) and got stuck on a beach with an incoming tide,” Brad told us. “I spent six hours on a hand winch getting the vehicle out and thought, ‘there’s gotta be a better way than this’.” And he devised a way that was better, tweaking and expanding his initial idea for a solid recovery track over the next three years before launching MAXTRAX at the Brisbane 4WD Show in 2005. 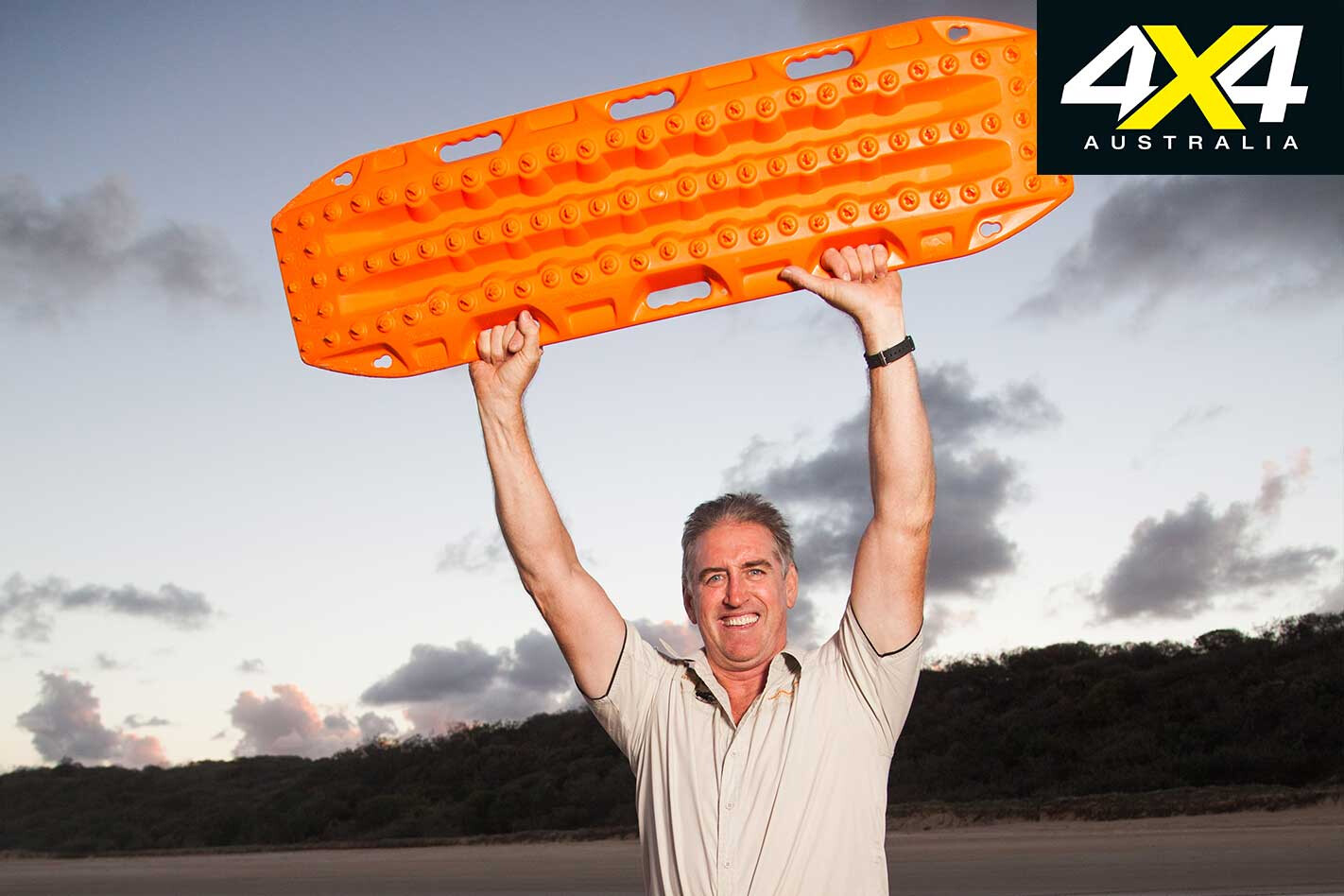 The length of time Brad took between that first idea and the final product reflects his attention to detail, checking out potential options already on the market before designing his own and focusing on ensuring everything just worked, with little hassle and loads of practicality – in effect, bringing bogged vehicle recovery to the masses.

“Initially it was just a matter of seeing what else was available and what might be able to do the job and testing a few of those products, and none of them did,” he reckoned. “Then I just started working on making my own; I made a crude prototype out of timber stair treads and metal plates and went and tested that and it worked and then just sort of went from there.”

After getting the prototype sorted, it was on to the next step, with Brad envisaging how it looked before it was even built. “I went and met an industrial designer and tried to figure out how to do it,” he said. “I had basically drawn the ad, written the ad for the product at the start and said this is what I want it to do and what I want it to be. Then we designed it around that wish list and it took us a few years to get it right.

"We made a few prototypes CNC’d out of blocks of polypropylene, went and tested them, and then refined the design and did another one. Then we went from there, launching it at the Brisbane 4WD Show in 2005. And, since then, MAXTRAX has grown incredibly fast and is now a globally recognised product and brand.

“We’re all over the place now,” Brad said. “I have lost count of the number of countries we’re in, but it is well over 30-something, and we’re supplying the Australian military and the US Special Forces as well. We’re also (currently) doing a big order for a French company that is doing a big fleet order for the French military. So it’s getting out there.”

During these 13 years of continual growth, the MAXTRAX design has been tweaked just once, with the Mark 2 version launching at SEMA 2010, where the company garnered a few awards. Satisfyingly for Brad, the revision to his original concept was only minor, and proof of the effectiveness of the original design. The feedback that sparked Mark 2 came from some, shall we say, pretty unique users.

“We gave some to the SAS – and they gave us some feedback, along with some other guys who do some pretty extreme stuff (read: Dakar racers),” Brad said. “One (modification) is the keyholes; the keyholes in each corner help link them together to make a continuous track. We also had to make them work for mounting, so we designed the mounting pin at the same time so you could mount them using those keyholes. “We also made them a little bit shorter because the original one was a little bit longer and we found that when we were shipping them they’d be sticking out of the end of a standard pallet, so we just shortened them enough so they fit on a standard pallet. We changed the material a bit and also just made it look a bit better.”

Not content to rest on its laurels, MAXTRAX has continued to tinker with its DNA, with the result being the upcoming release of a new Extreme version, along with the Mini MAXTRAX and a jack base.

SEMA was again the location for the launch, with Brad and his team heading over last year to announce the new gear. The MAXTRAX Extreme reflects Brad’s relationship with military users looking for bombproof (and idiot-proof) gear, and it features replaceable metal (alloy) teeth. 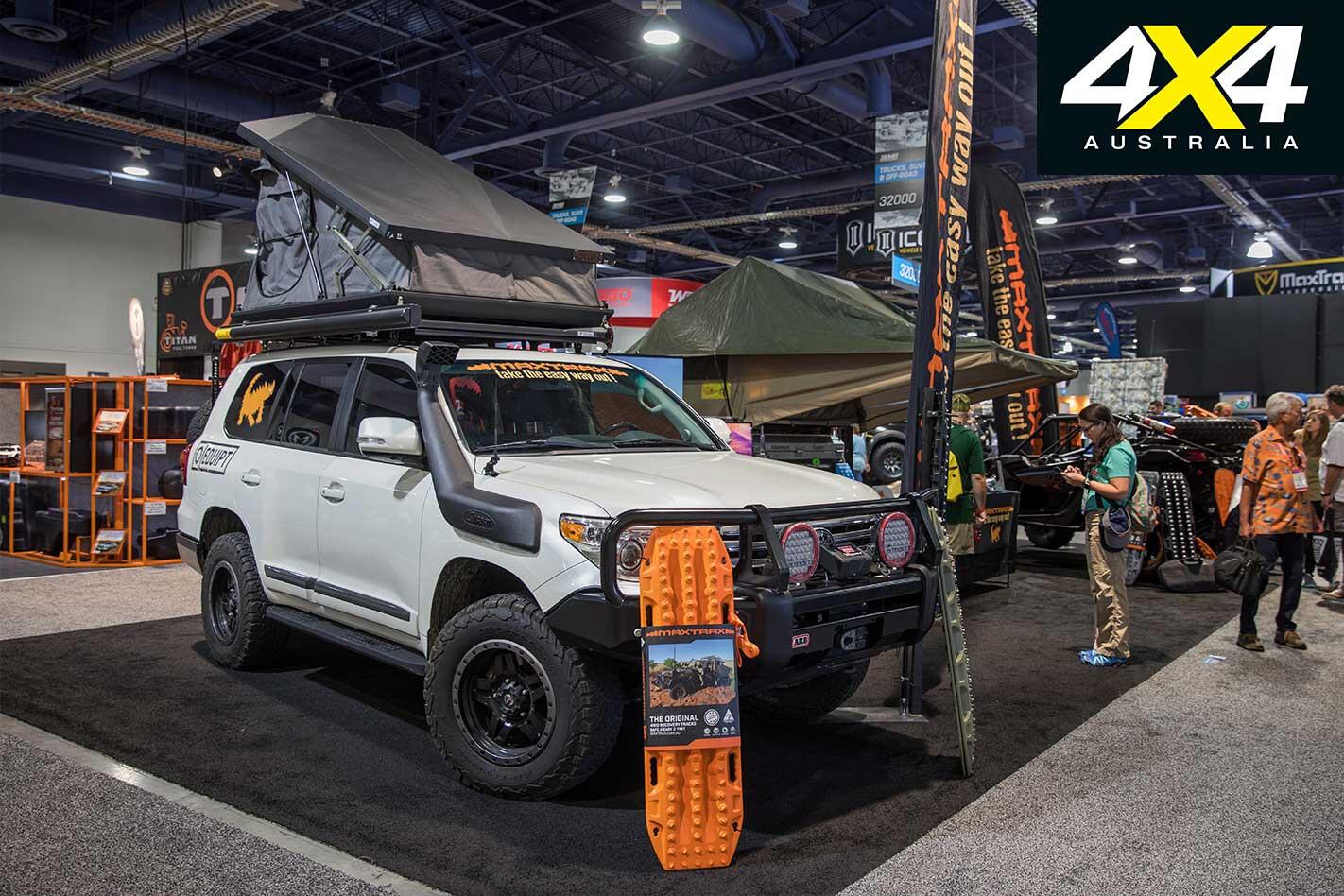 “We spoke to our military customers and they said ‘it would be good if we could service them in the field’,” he said. “They also said ‘because we have people who aren’t that intelligent use them, the first time they do, the mentality is just to get out and floor it, so they burn the teeth and obviously damage the product, then they’ve got to turn around and use the other end’.

“So we said to them we’d work on that, and we’ve been working on that for about two years now and refined the design and figured out the best way to do it and launched that at SEMA in November. “We’re doing tool trials at the moment, so hopefully we’ll have that available in the next couple of months – that’s the plan anyway,” he added.

The Mini MAXTRAX – aimed at both serious off-roaders and owners of compact 4x4s and SUVs – is expected to debut at a similar time. These are, as the moniker suggests, shortened-length MAXTRAX, ideal for those who have limited space to store a set of full-size MAXTRAX.

Additional to this is the jack base, a product that evolved from Brad’s observations of the additional ‘uses’ owners were putting their MAXTRAX to. “People have sent us photos of them using the MAXTRAX as a jack base, inverted, with the Hi-Lift jack lifting the front end of the car,” he explained. “The idea behind the Mini was we could rip out the bottom of it and turn it into a bit of a jack base. So the idea was to have a set of three Mini MAXTRAX, with a jack base as the bottom when they’re stacked. And then they will also fit into the underside of a standard MAXTRAX, so if people have got four MAXTRAX on the roof they can stick the jack base in the underside of the bottom one, with a couple of Velcro straps around the handles to hold it in place. Then they can jack it up and they’ve got one to stick underneath each wheel, instead of using the MAXTRAX to jack up the wheel and only having three MAXTRAX (for the recovery).”

The Mini MAXTRAX and jack plate had shorter development times than the original, with more spent on the Extreme. 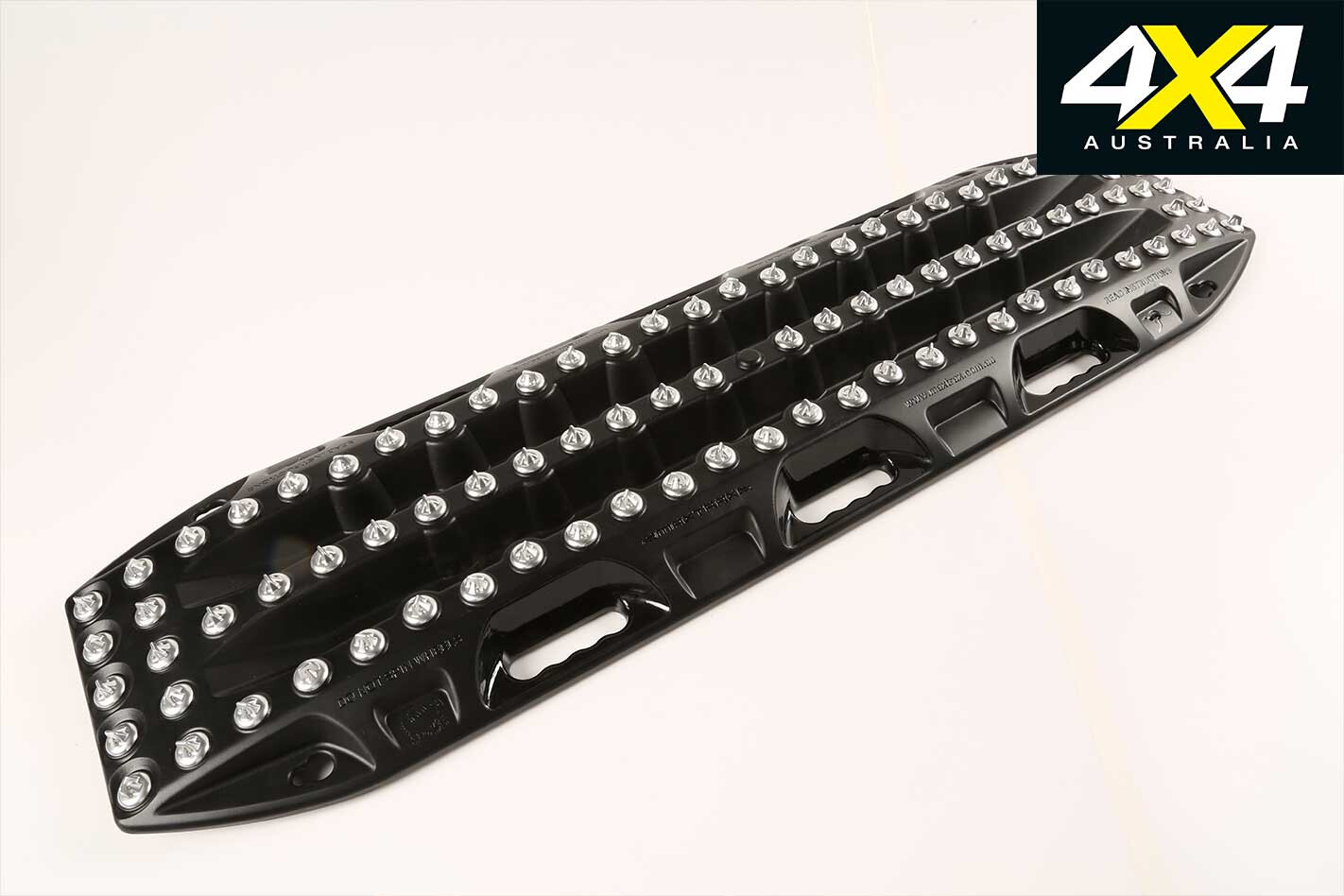 “That was pretty easy that one (the Mini and jack plate). We basically made it so it would fit into the middle or either end of the bottom side of the MAXTRAX, so that was what determined the size of it. That way it would work with the current version as well as independently, so there wasn’t too much work to do with that one.

“However, the Extreme version has taken us a while… just trying to refine the design, where the teeth fit into the board. It’s actually a lifetime product; if people use it and somehow the metal teeth get damaged then they can replace them as well.”

It’s a continuing success story for MAXTRAX and a great result for years of hard work. It’s also a long way from that bogged 4x4 on the beach. “I didn’t want to go through that ordeal of spending six hours trying to get a car out, with the tide coming in,” Brad laughed. “I just thought if I can come up with something that will do the job and that I can rely on, I’ll be happy. And then when I started talking to people about what I was doing they were like, ‘shit, when can we have some?’ That was the response.”

We reckon it won’t be the last time Brad and the MAXTRAX team hear that “when can we have some?” question once these cool new products hit the stores.