Safari Automotive is a massive player in the aftermarket industry, both here and overseas.

Safari Automotive is probably the biggest name on the planet for 4WD snorkels, and like many others in the Australian 4WD aftermarket industry, it has humble beginnings.

Safari Automotive kicked off in the early 1980s and came about because company founders Peter and Sheryl Luxon couldn’t find the products they needed when 4WDing, so they set about producing gear for themselves. Initially called Luxon’s 4WD Equipment, Safari started off as a small 4WD hire and general accessory business.

“Peter and Sheryl were hiring out 4WDs,” explains David Luxon, Peter and Sheryl’s son and current marketing manager of Safari. “That led to selling other aftermarket components from other suppliers, so they started a workshop fitting Koni suspension and other products like that. 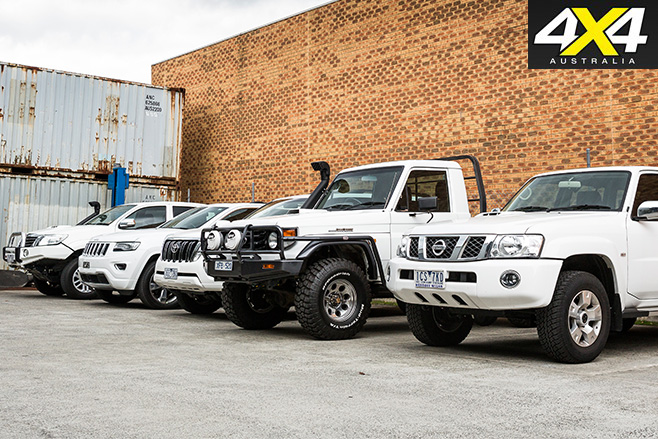 The early Safari snorkels were manufactured from fibreglass and they had a much smaller diameter than today’s product. The move to producing today’s style of snorkels through rotational moulding, using polyethylene, didn’t take place until the early to mid-1990s. 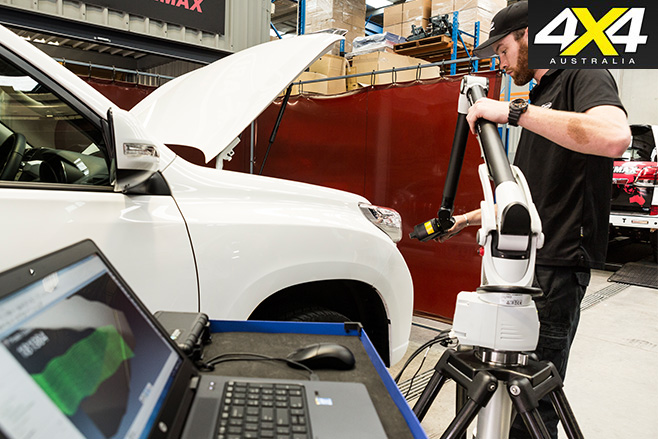 With a lot of cheaper, imported snorkels now flooding the market, you’d think Safari’s locally designed and manufactured ethos would be hard to maintain, but David Luxon explains that’s not the case. “When [cheap imports] first started, we saw it as a major threat,” he says.

“However, as time goes on, I guess what tends to happen is that people become aware of the quality issues that are associated with these low-cost products. You can’t have your cake and eat it, too. You can’t have a high-quality durable product by Australian standards but pay 30 or 40 per cent less for it. The two can’t co-exist, so we’re much less worried about it today than we were a few years ago. Today we’re concentrating on the strength of our product. 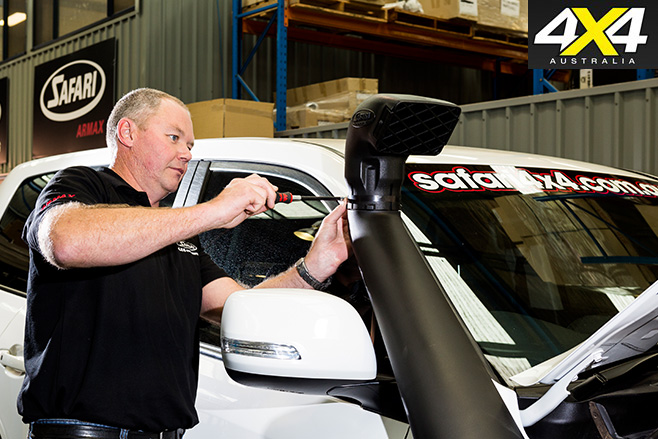 “There will always be a section of the market that will want to pay less for a lower quality product, and that’s just not what Safari is about," David continues. “We’ve never been a low-cost product designer. Our mentality from a design and manufacturing process is that the quality of our products always meets or exceeds the quality of the standard components on any vehicle.”

As well as snorkels, Safari Automotive is well-known around the world for its performance kits, including turbo, intercooler and exhaust systems. 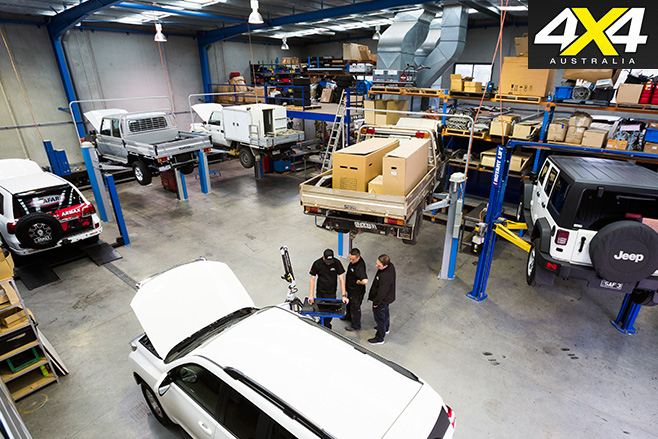 “We have a fully sound-insulated four-wheel dynamometer with state-of-the-art technology and equipment that runs that dynamometer. We also have the largest privately-owned flow bench in Australia, which allows us to flow basically any product you can conceive of, so we can measure the performance of airflow. This is really critical not just for snorkels but for airboxes and different components.

There are probably not many people in Australia who have his knowledge of turbocharging and engineering of automotive vehicles outside of OEM, so we’re very fortunate to have his expertise from an engineering background and also from an export sales perspective. He’s been a big player for us in helping us to forge into other markets around the world.” 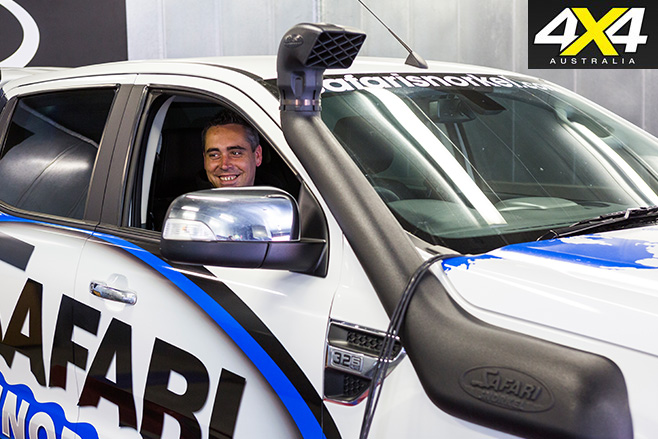 Overseas sales are also a very big part of the Safari Automotive business. “We are very proud to be an exporter,” David says. “The Safari name is a worldwide name. We supply the Americas, Europe, Asia and South Africa. There aren’t many parts of the world where Safari products aren’t sold.”

David is unashamedly proud of Safari Automotive; where it’s come from, where it’s at, and where it’s heading.

“The Australian 4x4 industry is a very exciting industry to be in,” he says. “We’re very fortunate that we’re in such a great industry in such a great country. We really love the fact that we’re part of that pioneering 4x4 element in Australia, and Safari has grown up with the Australian 4x4 industry. We’re always going to be committed to making extremely high-quality products that people can rely and depend upon when they’re travelling in the outback.” 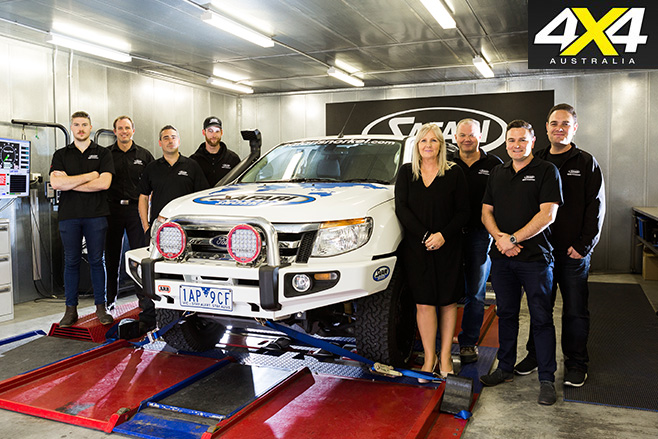 So what’s on the horizon?

“Safari Automotive stopped selling tuning software and chips a few years ago, however we are currently in the process of [establishing] an engineering program to get back into the tuning and performance market for the current range of vehicles,” David explains.

“Next year we will definitely be launching some new product lines focused around performance tuning and performance upgrades for all of the current popular diesel factory turbo intercooled pick-ups and wagons.” 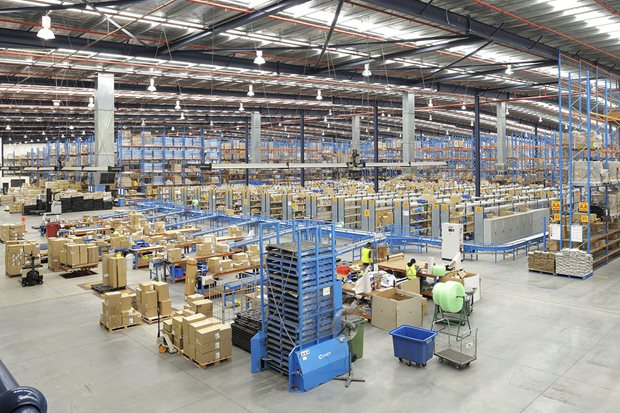 How does an Aussie company survive in a market flooded with cheap imports? 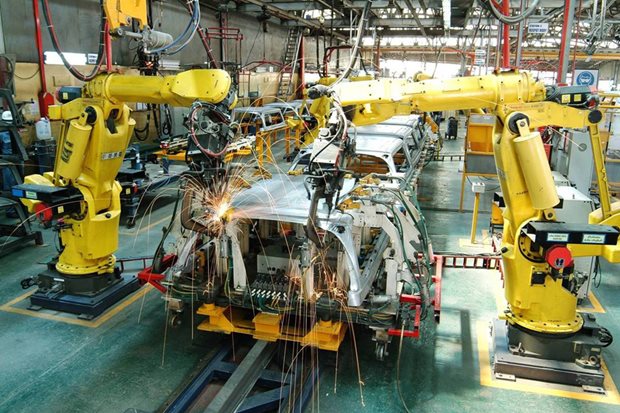 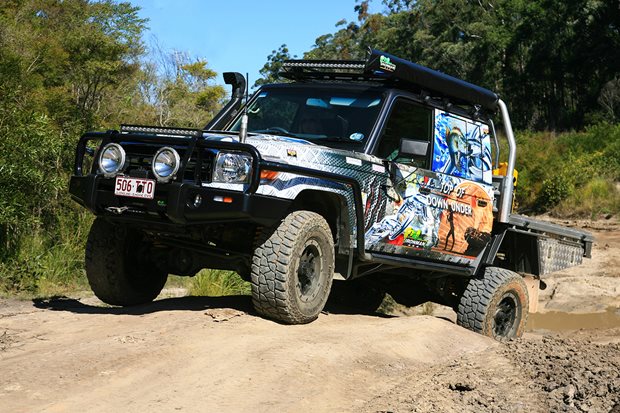 A bolt-in, wide-track, coil-spring rear suspension that improves the 70 series on a number of fronts. Bingo!