FUEL is always an issue when travelling in remote areas. Whether you’re paying plenty for it or working out how to carry more, making sure you have enough can turn into an Uluru-sized headache.

This is where we found ourselves on a recent trip along the Canning Stock Route. Unless you’re in a Toyota Prado – with its 150-litre tank – or you’ve installed a long range tank, you’ll either need to organise a fuel drop or carry your own.

A fuel drop involves 200-litre drums, and you’ve got to organise a way to get it from the drum to your fuel tank – think hand pumps or a portable electric pump. If you’re carrying your own it’s probably jerry cans, which have a knack of leaking and can be cumbersome to wrestle from the can to the car. Filtration’s often an issue too. 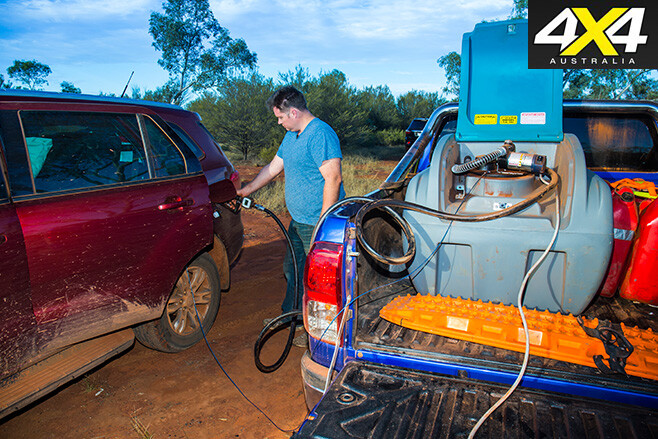 We had five cars in our convoy, one of which was a ute. So we decided to fill its tray with one of the supplementary diesel tanks currently on the market. There are various brands, but we chose Rapid Spray, which has a vast range: from 100-litre portable tanks to 10,000-litre standing tanks.

We chose the biggest one we could fit in the back of a Toyota Hilux, which was a 400-litre unit from the Genius range. That’s the equivalent of 20 jerry cans, which for our five-car convoy on the CSR, turned out to be more than enough.

Getting the empty tank onto the back of the ute was easy, as the 45kg polyethylene unit has handles that make it easy to manoeuvre. There are no obvious tie-down points, but we lashed some straps over the top to keep it in place. Along with the other gear in the back of the car it wasn’t going anywhere, especially once 400 litres (340kg) of diesel was added. 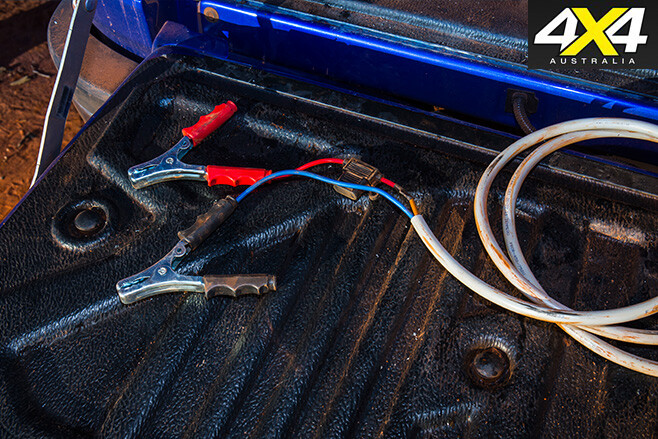 The tank coped with plenty of bumps and corrugations without complaint. The electric pump sits on top, near the bowser and its associated piping. Each is vaguely protected by the folding plastic flap above, although dust easily filters in.

Damp dust is the first sign of some mild dribbling from the handle. There’s also some around the flue towards the back of the unit. It’s not bad and is a result of the ball seal bouncing around and occasionally letting a drop or two out. Still, after 7000km of driving – about half of it with the tank full or nearly full – we estimate we lost a litre or two of diesel. That’s far less than you can lose transferring fuel from jerry cans. When it came time to refuel, the Rapid Spray was a winner. Connect the earth lead to the car you’re filling, connect the power cable to another car’s battery, and switch on the pump. The pump relies on cooling from the fuel running through it, so it’s important not to run it for too long without pumping fuel; the toggle switch is easily accessible, so it’s an easy process.

From there it’s just like fuelling at a servo, with the same sort of bowser handle and similar flow rate. Ours was pumping at about 40L/minute, slightly below the rated 45L/minute rate – something attributable to the optional flow meter. Still, it only took a minute or two and the cars were full. Refuelling the unit itself was just as easy. Remove the cap and pump the fuel directly in via a strainer-style filter.

This sort of convenience comes at a price though. The RRP is $2009 with the flow meter, although promotions often mean the price runs closer to $1600. We’d also splash out the $108 for the fuel level gauge so you know how much is left in the tank. 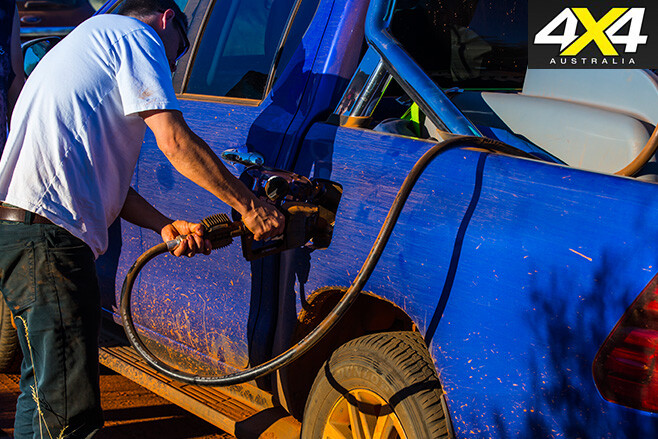 The overall price isn’t cheap, but for anyone travelling in a group it’s a relatively small outlay. Besides, even when you don’t necessarily need fuel, having that big reserve tank allows you to refuel where and when fuel is cheaper.

For anyone travelling with two or more cars the Rapid Spray is a winner, especially if you don’t want the cost and compromises that come with a larger fuel tank.

RATED
Available from: www.rapidspray.net
RRP: $2009
We say: Reliable, easy to use, secure.