This is the freshly updated version of the fifth-gen Mercedes-Benz C-Class sedan that will begin arriving in Australia from August. The C200 will be the most affordable model in the line-up, though that doesn’t mean it’s the least appealing. This time around it debuts a brand-new engine with 48V mild hybrid technology. 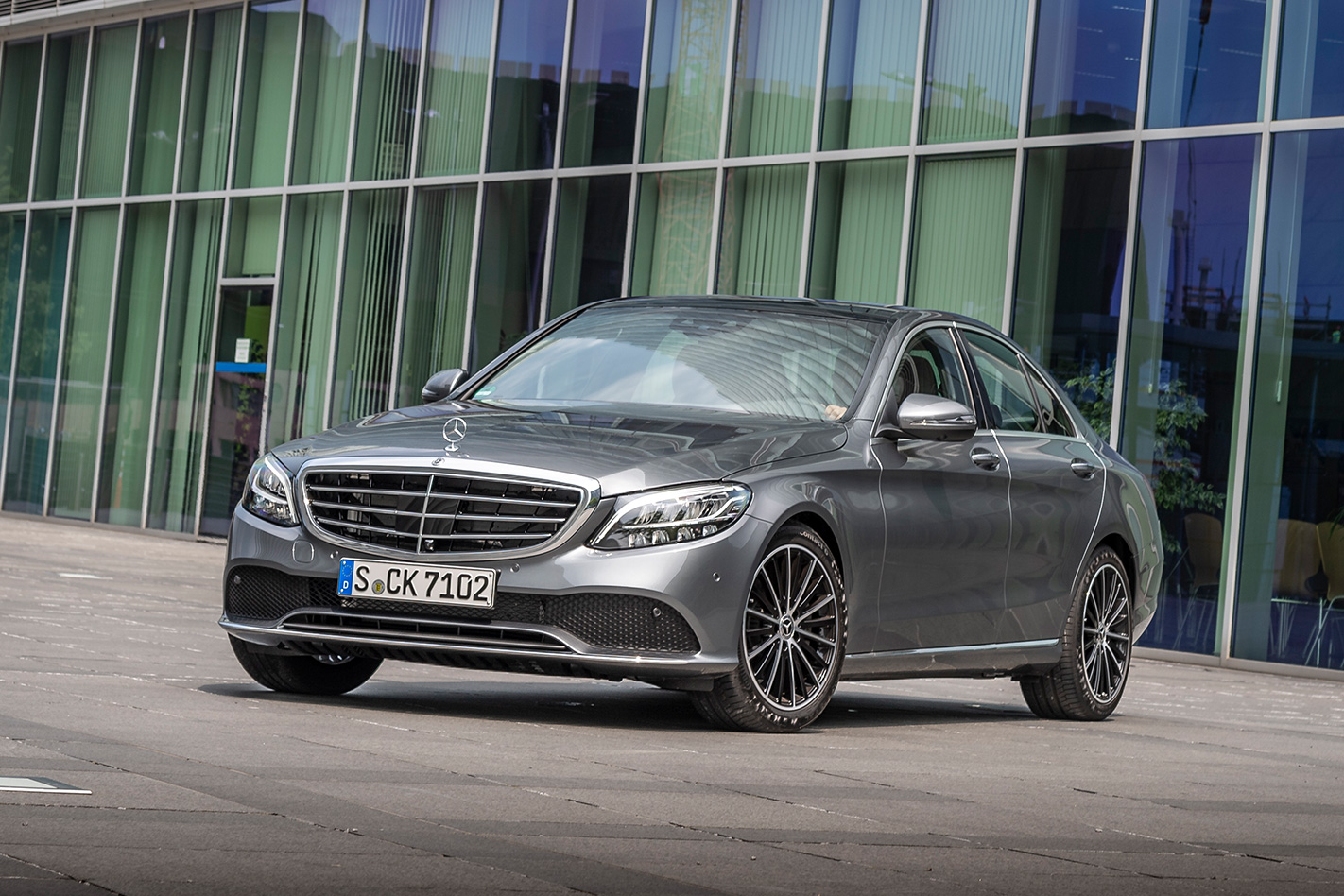 Aussies buy more C200s than any other C-Class variant, and this update takes it a big step forward. Before it lands we wanted to discover whether these updates are a big deal for Benz or whether they’ll deliver substantive benefits for buyers. 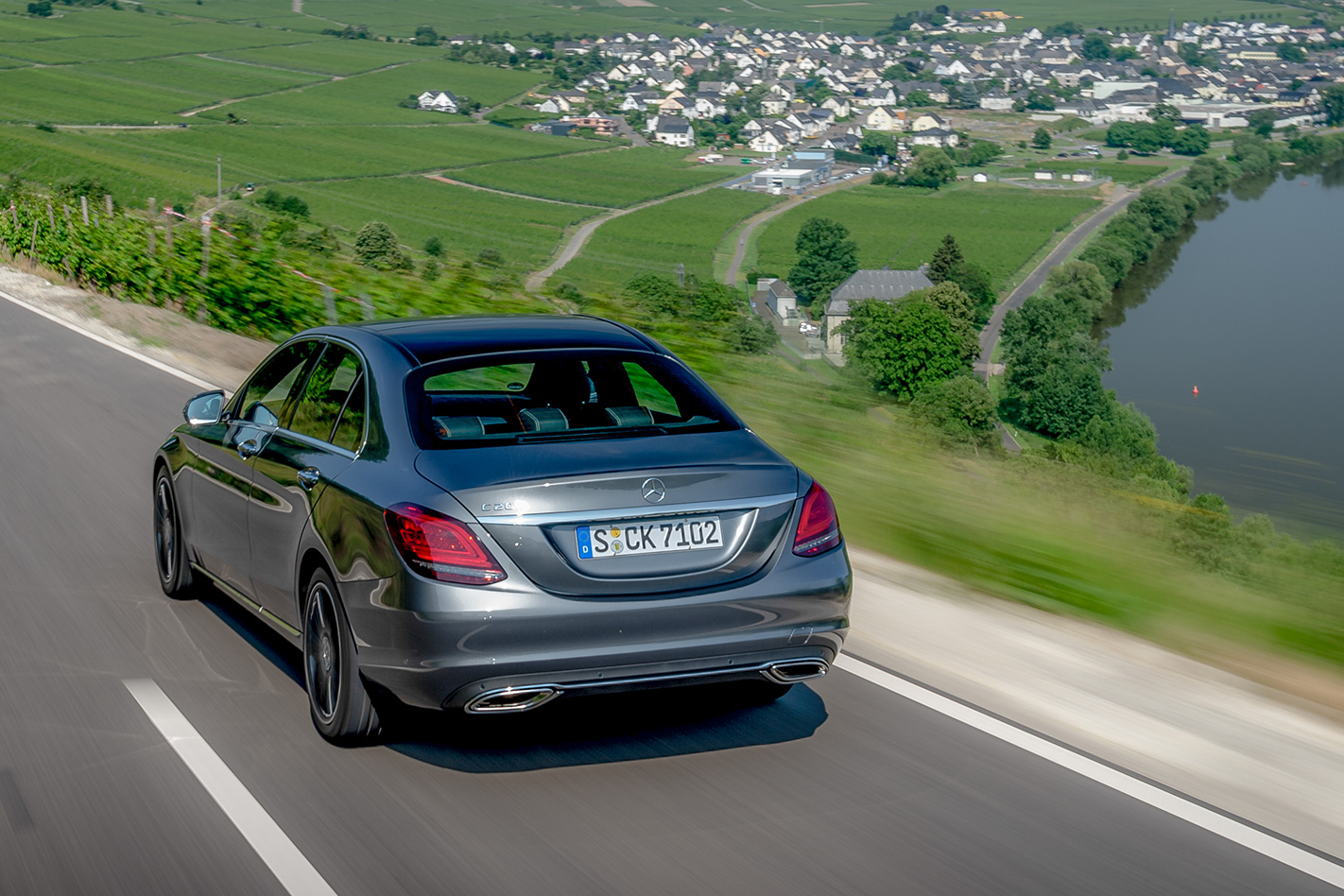 Benz’s extensive midlife overhaul of the C200 is a successful one overall. The new 1.5-litre engine delivers a lot more than mere environmental greenwash without significantly compromising driver appeal. Its technology and functionality upgrades keep it within touch of key rivals, even if it doesn’t look as fresh from the outside as it does inside.

IT MIGHT not look all that different at a glance, but the midlife update of the Mercedes-Benz C-Class is a facelift of which Joan Rivers would be proud. More than 6500 components have been changed – approximately half the car – which makes it the most comprehensive update of the C-Class in the model’s history.

And it’s the entry-level variant that’s now the most interesting. The C200 debuts a completely new engine for Mercedes-Benz; a 1.5-litre four-cylinder petrol with a twin-scroll turbo and 48V mild hybrid electrification called EQ Boost. The internal combustion unit is a downsized version of the 2.0-litre four found in the yet-to-arrive CLS350 and the refreshed C300. 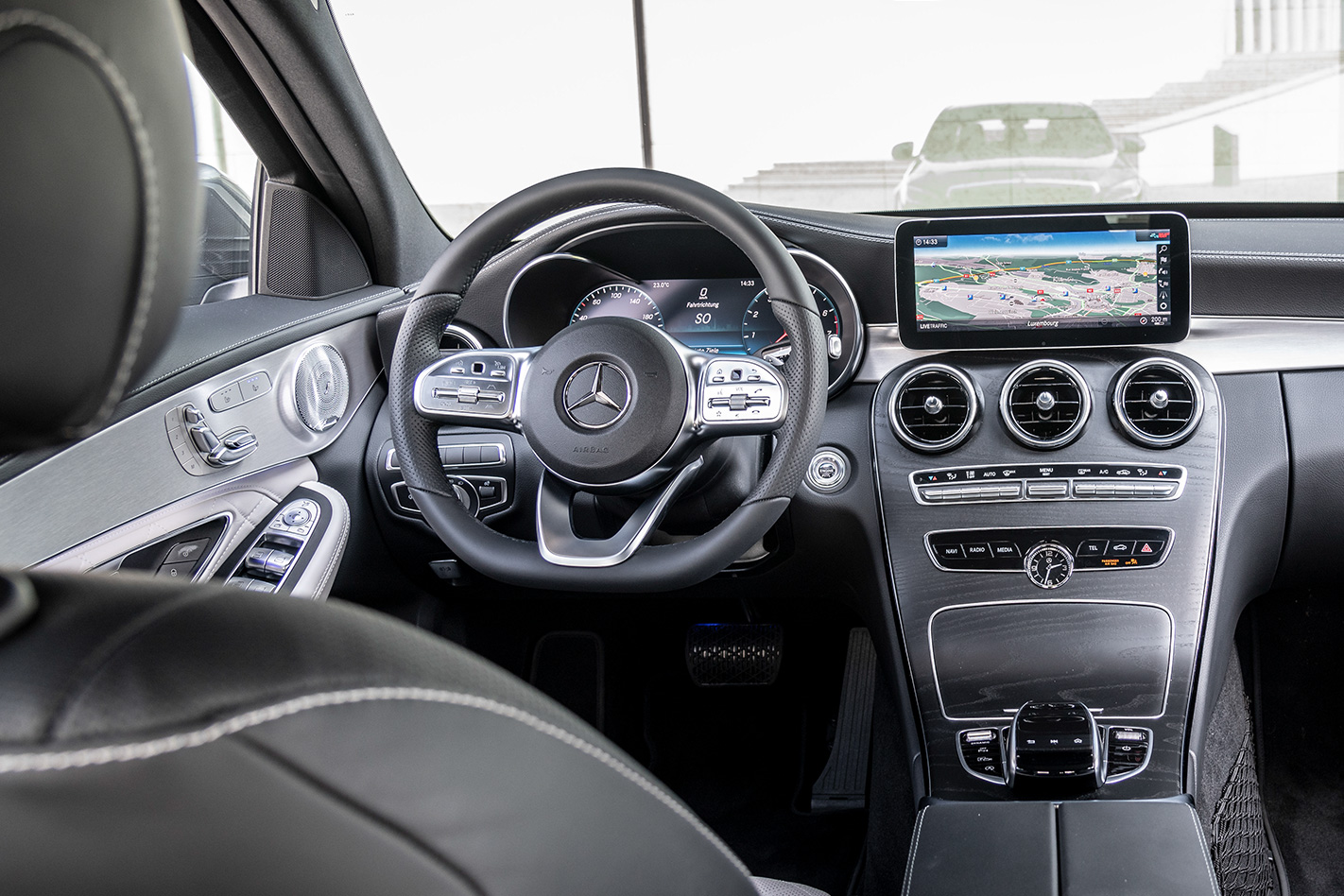 By itself the 1.5-litre produces 135kW to match the old 2.0, though its maximum torque output is 20Nm shy of the larger unit at 280Nm. However, those figures don’t include the assistance of its Bosch-supplied 48V mild hybrid system, which augments performance at the lower reaches of the engine’s rev range to make it more tractable by adding up to 10kW and 160Nm on demand.

Central to the 48V system is a belt-driven starter generator (BSG) that recuperates up to 80 percent of the car’s braking energy and stores it in a small battery. That energy through the BSG can quickly restart the engine from its auto stop/start state, and enables a gliding mode that shuts the engine down while coasting. Clever mapping also uses the BSG to speed up and smooth out gearshifts by maintaining steady torque delivery while the nine-speed auto is changing ratios.

And it’s all quite good, really. About the biggest compliment you could give it is that it’s largely unobtrusive. The combustion engine’s relatively narrow bands of peak power and torque aren’t a significant issue on the road, thanks to the sharpness of that nine-speed ‘box. There’s no obvious sign of its small displacement when behind the wheel, or of the incredibly complex 48V system at work, especially in Eco mode. The greenest setting is actually of some use here, and not ruined by an overly doughy throttle calibration. The drivetrain combination feels mostly harmonious and effective. It’s even fairly friendly to the ears. 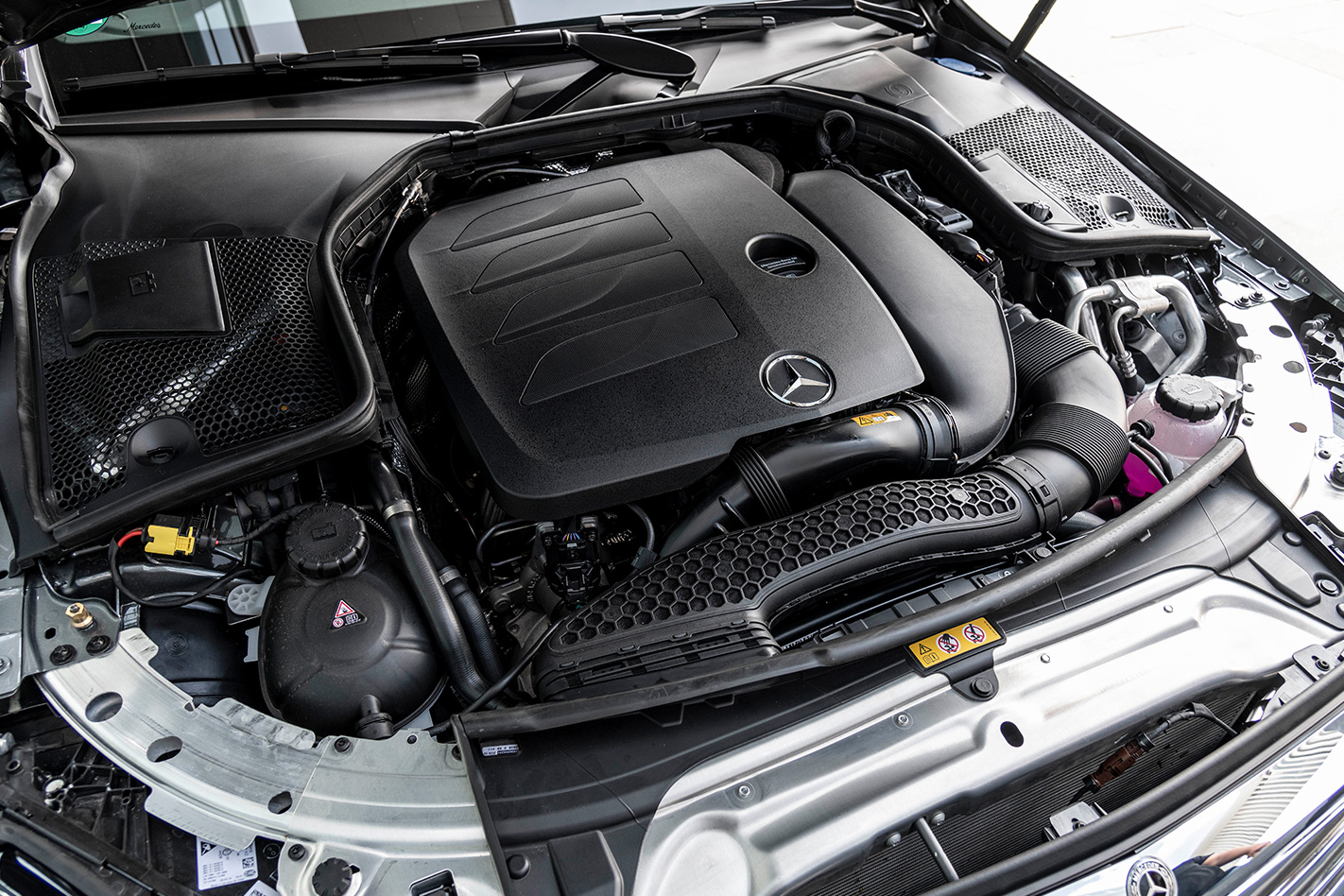 The 48V system, along with dozens of other incremental improvements such as an on-demand water pump and low-friction trumpet-shaped cylinder bores, means the C200 now sips 6.0L/100km. That’s a mild 0.5L improvement over the old one, but it hasn’t managed to sidestep all downsides. Its 0-100km/h performance takes a hit, rising by almost half a second to 7.7sec.

A boon for the C200 is the first-time availability of Benz’s Dynamic Body Control suspension. The ride in comfort mode is impressively well-mannered on the standard 18-inch alloy wheels, and there’s added appeal for drivers in its two firmer Sport and Sport+ settings. Likely to be around $1500 extra in Oz, initial impressions suggest optioning the variable damper package is sound thinking. 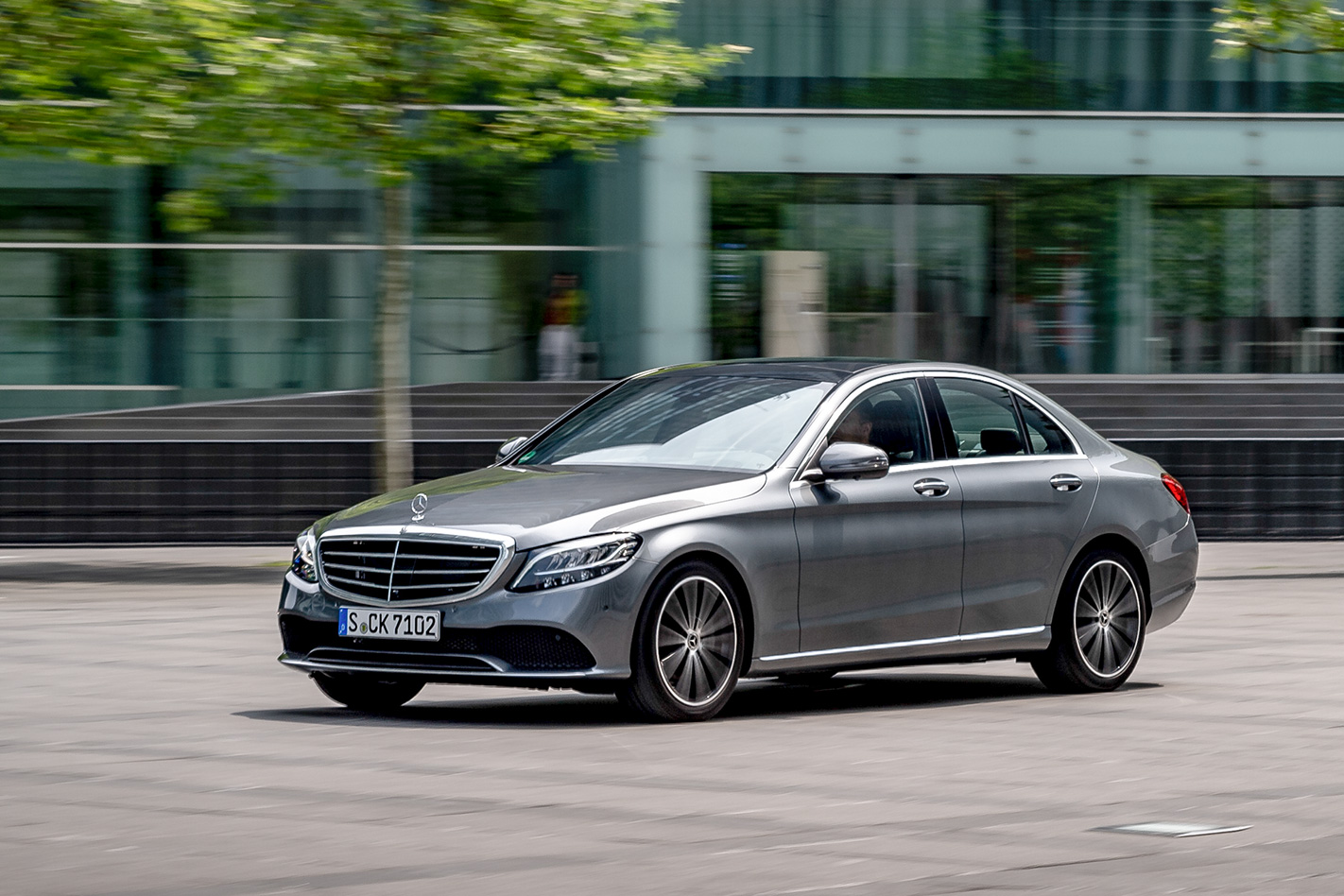 Major changes carry on inside. A new multifunction steering wheel sits to the fore of a fully digital 12.3-inch dashboard that will be standard across the updated local range. There’s also a bigger, sharper central screen displaying an improved user interface, plus deeper control of the car using voice recognition software and customisable ambient lighting. Two new upholstery colours and a pair of new timber finishes have also been added.

In safety terms, an injection of S-Class functionality has brought in the most polished driver assistance systems available on the market, including active steering and lane change assists for highway use and route-based speed adjustment with better camera and radar hardware, though the most advanced features will cost extra for C200 buyers. Local pricing and spec will be confirmed closer to its August arrival. 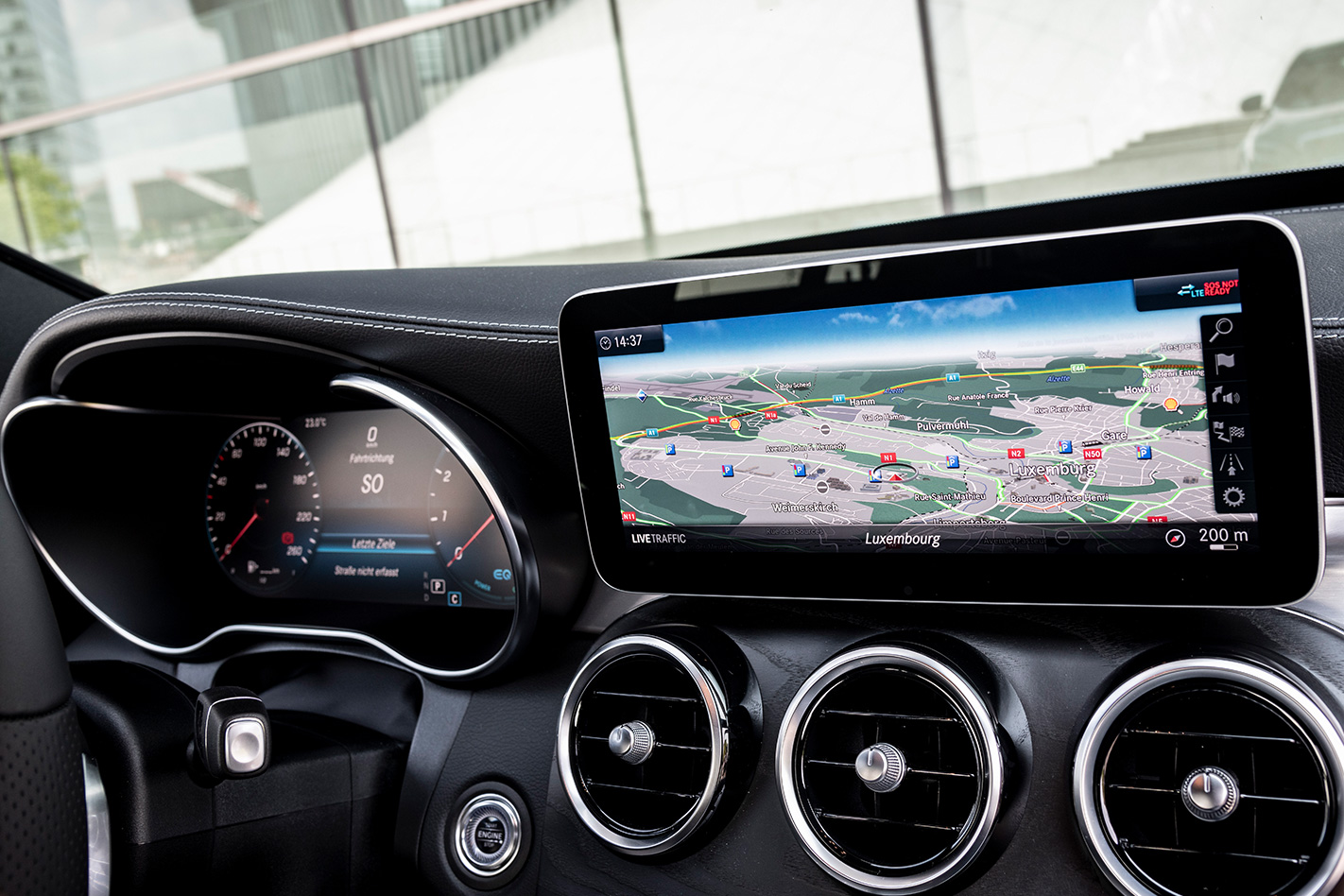 It’s from the outside that this fine-tuned model is harder to pick. Redesigned LED headlights and taillights are the clearest giveaways. The compound eye headlight design (shown in pictures here) is standard for the C200, with Multibeam LED units available as an option. The front bumper has taken on a slightly sportier look and there are two new colours available for the sedan – a silver and a green. Benz itself admits the styling changes are only a subtle evolution, though there are now more ways to individualise the C-Class than before.

Buyers stepping onto the lowest rung of a premium model range haven’t often found themselves picking up the latest drivetrain technology, but the C200 is changing that, and setting a challenge for the BMW 3 Series and Audi A4 to meet. 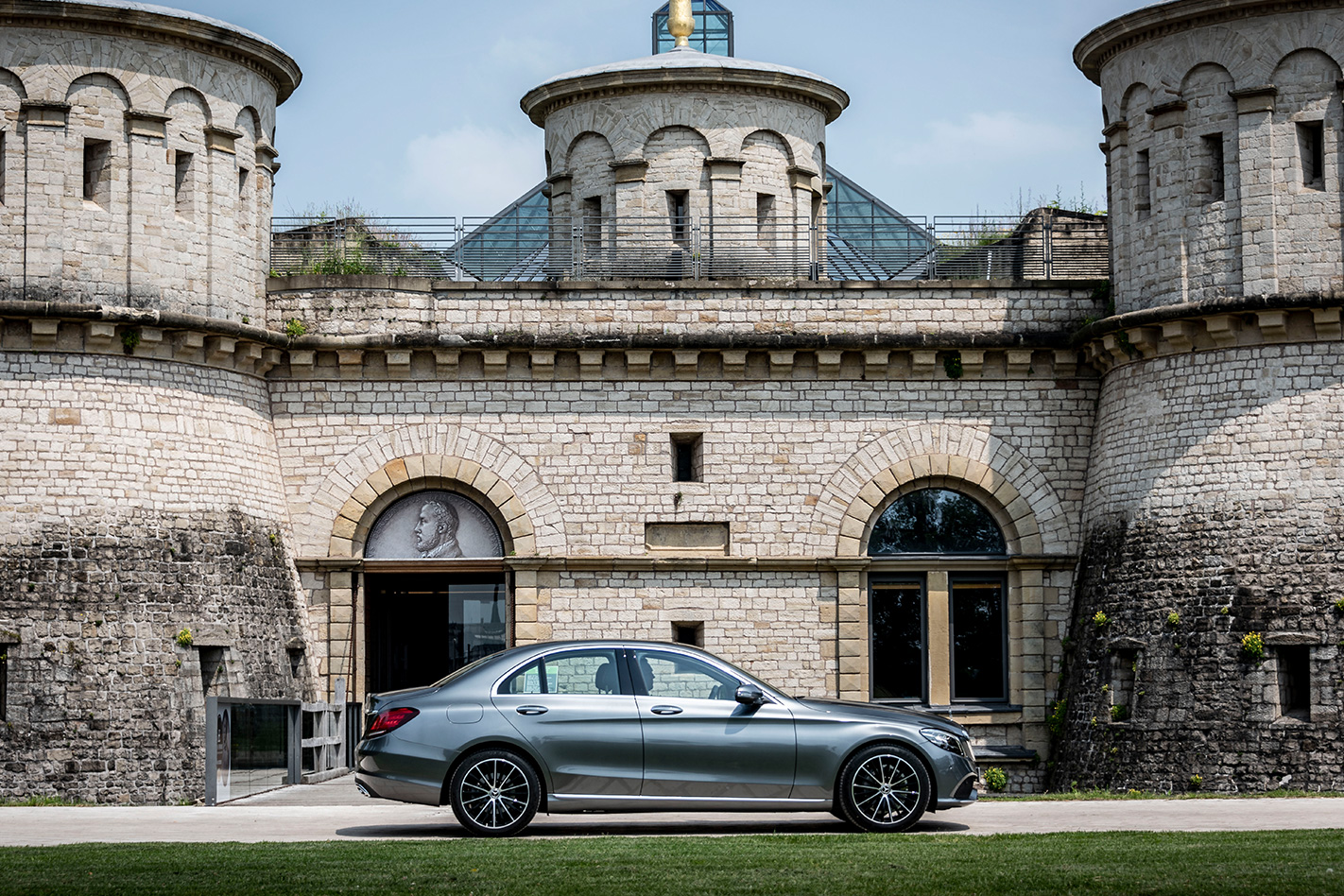 Though much has been revised under its skin, this C200 update isn’t a wholesale transformation of the popular executive car. It has certainly made it more appealing to the eco-minded, but the addition of 48V tech seems to be as much about positioning this car for future models to slot in around it as it is about tangible benefits to the user. Lucky for us there are some of those to be had anyway. 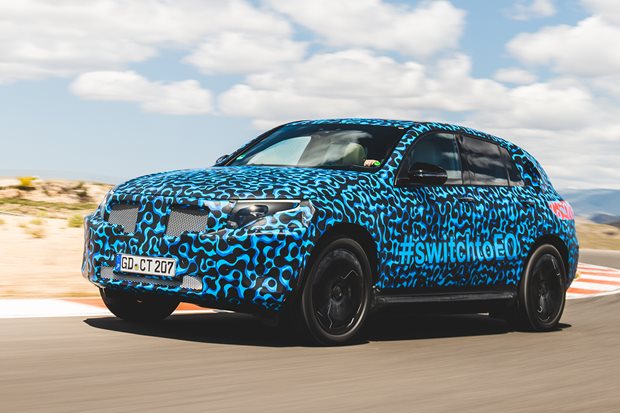 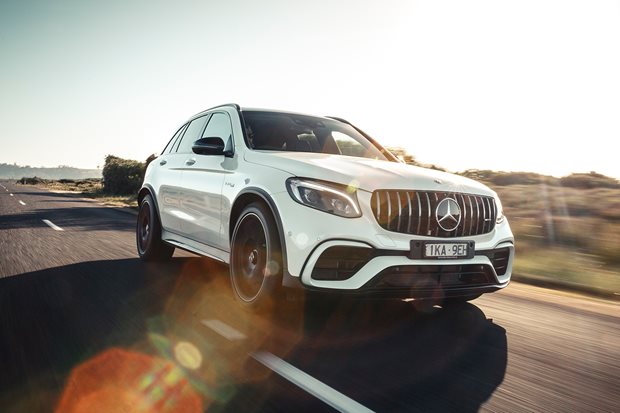 Are performance SUVs now so good that they should be considered by hardcore enthusiasts? We head to Tasmania in AMG’s slightly unhinged, 375kW/700Nm GLC63 S to find out. 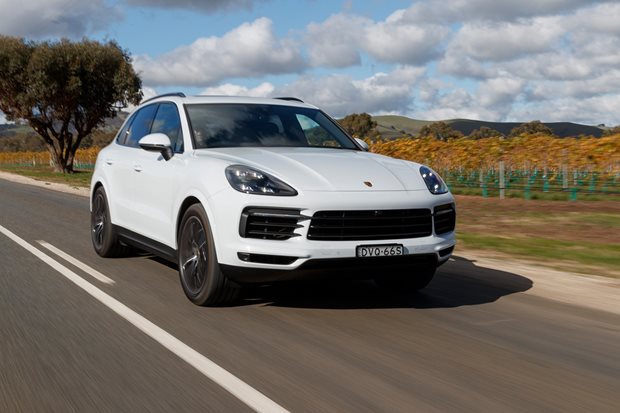 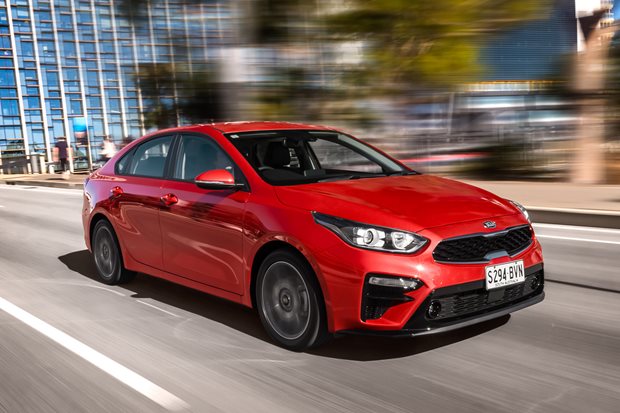 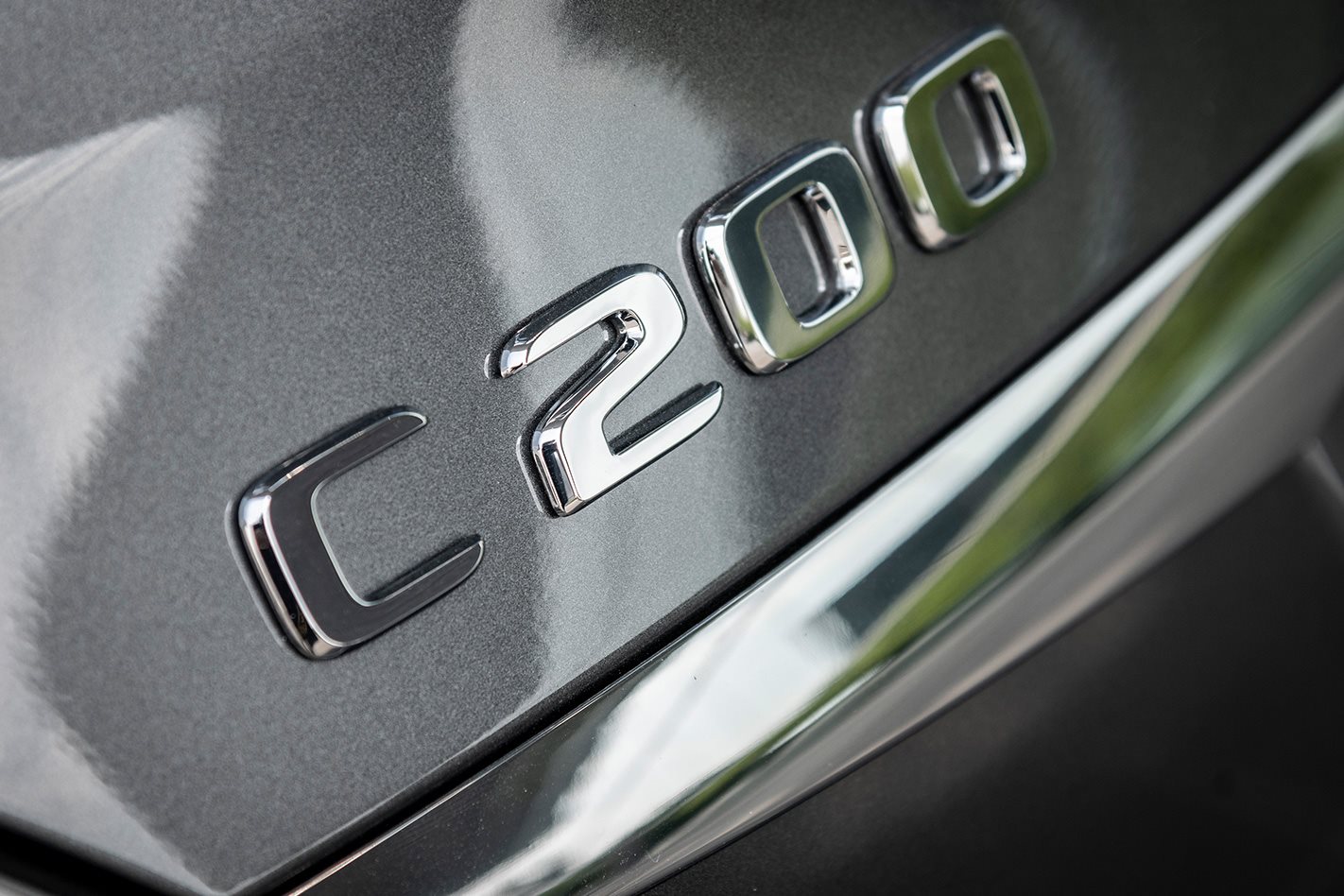 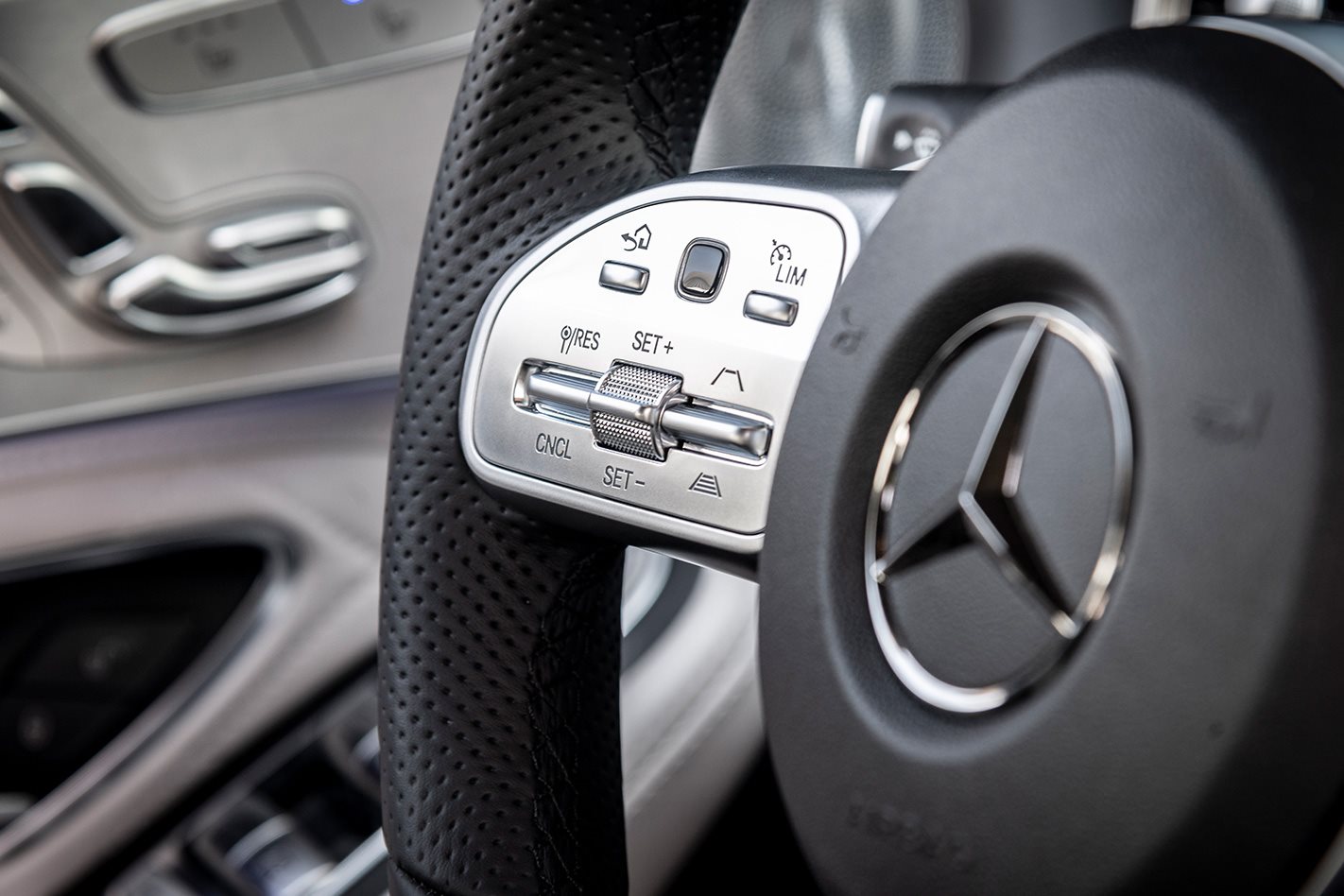 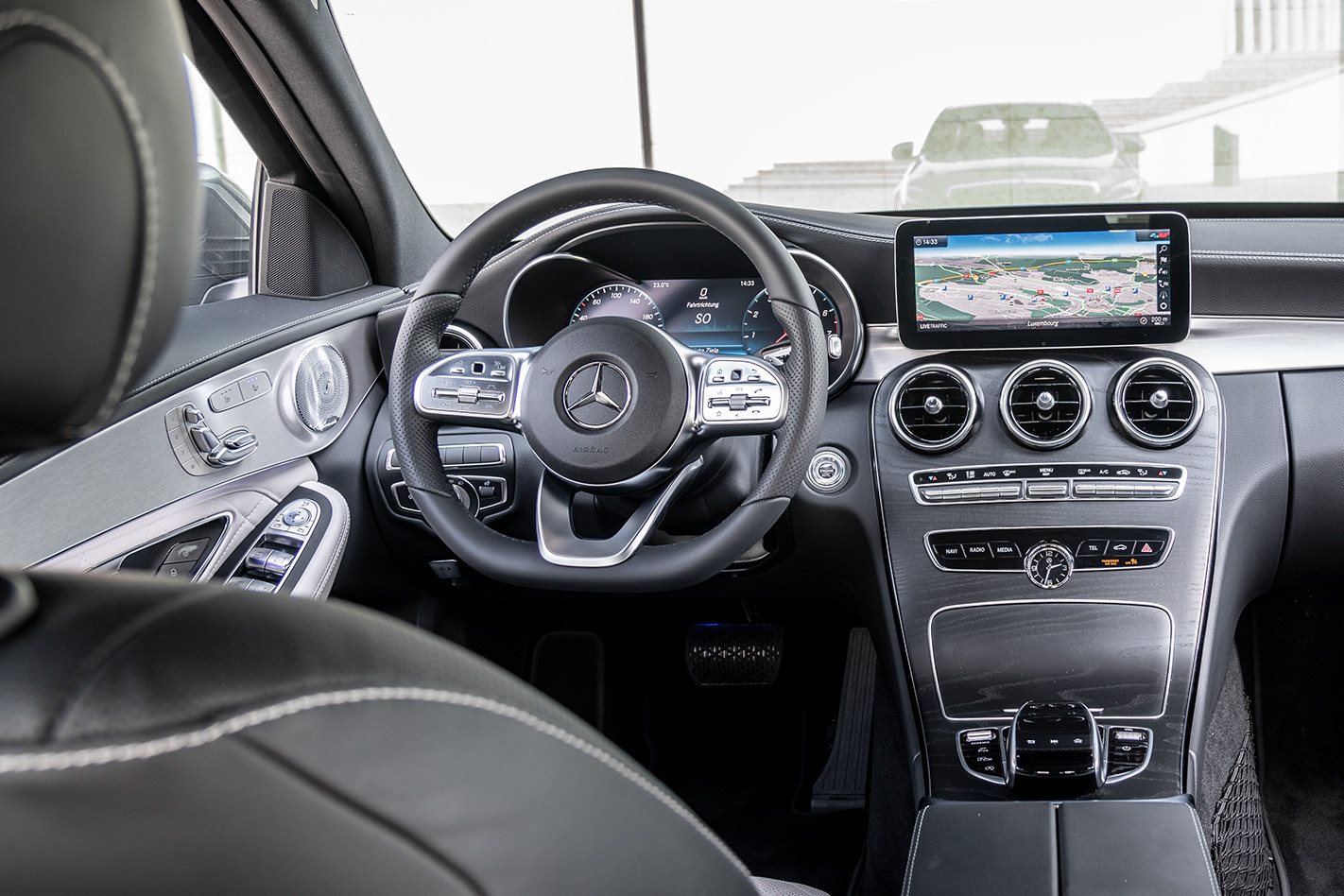 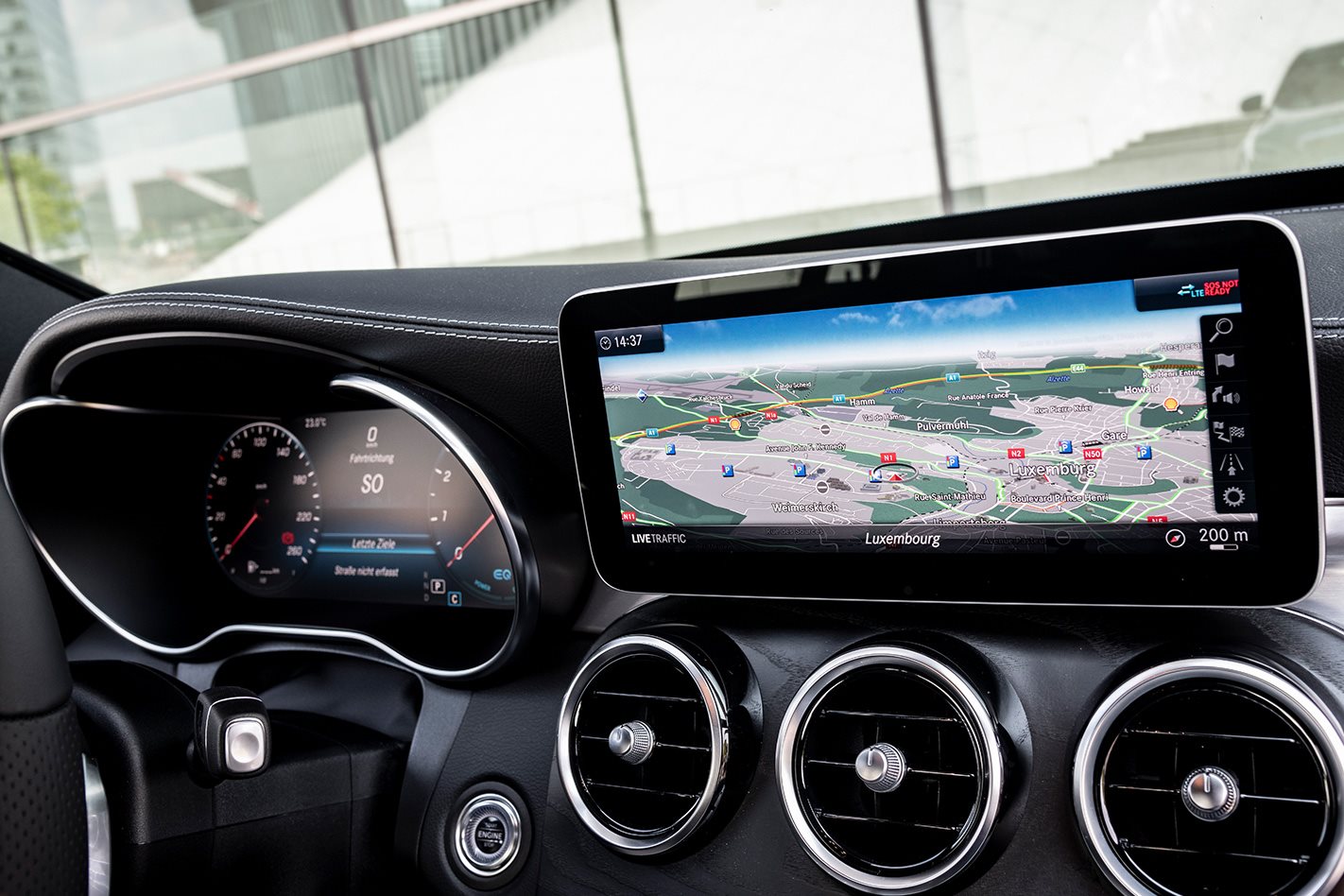 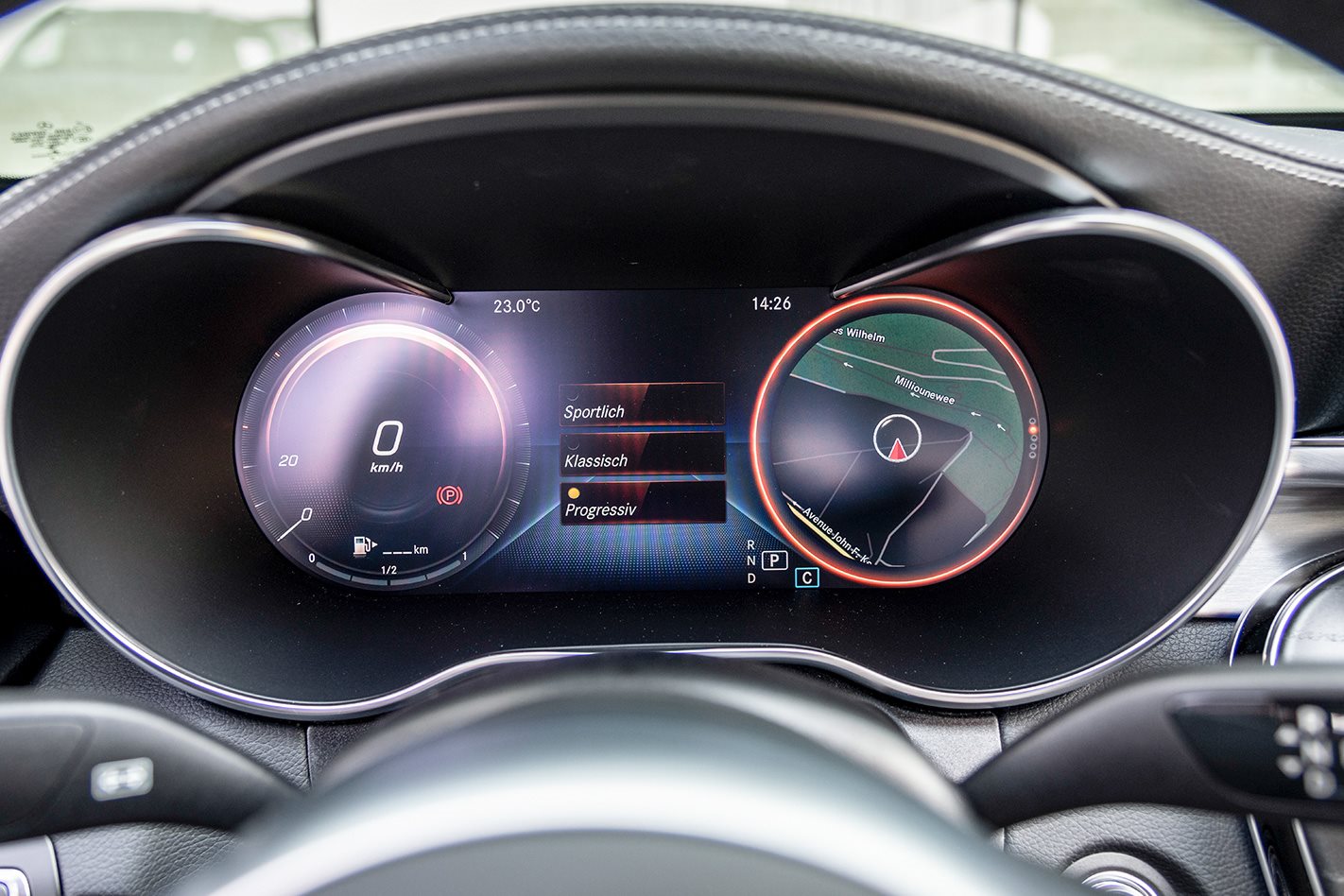 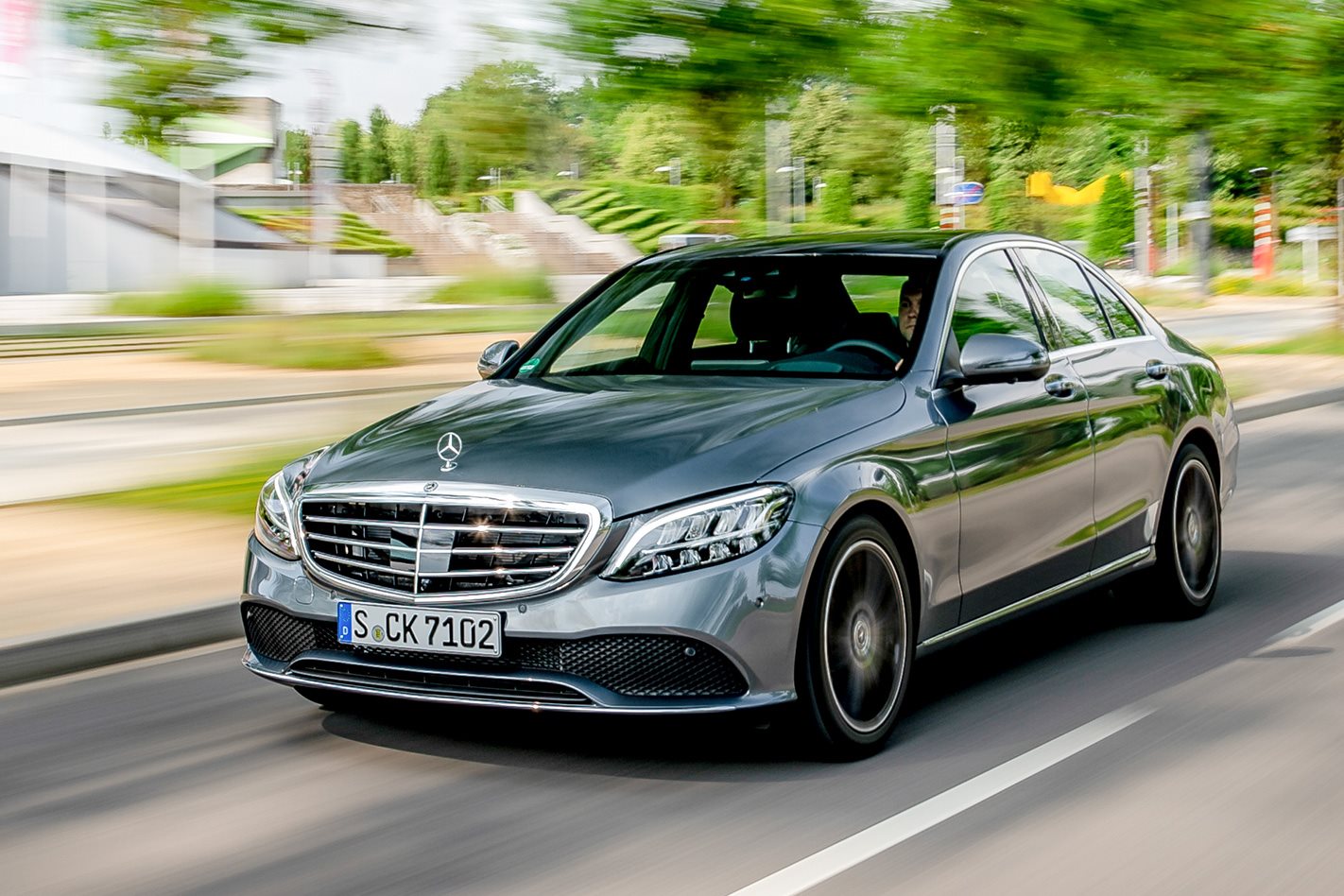 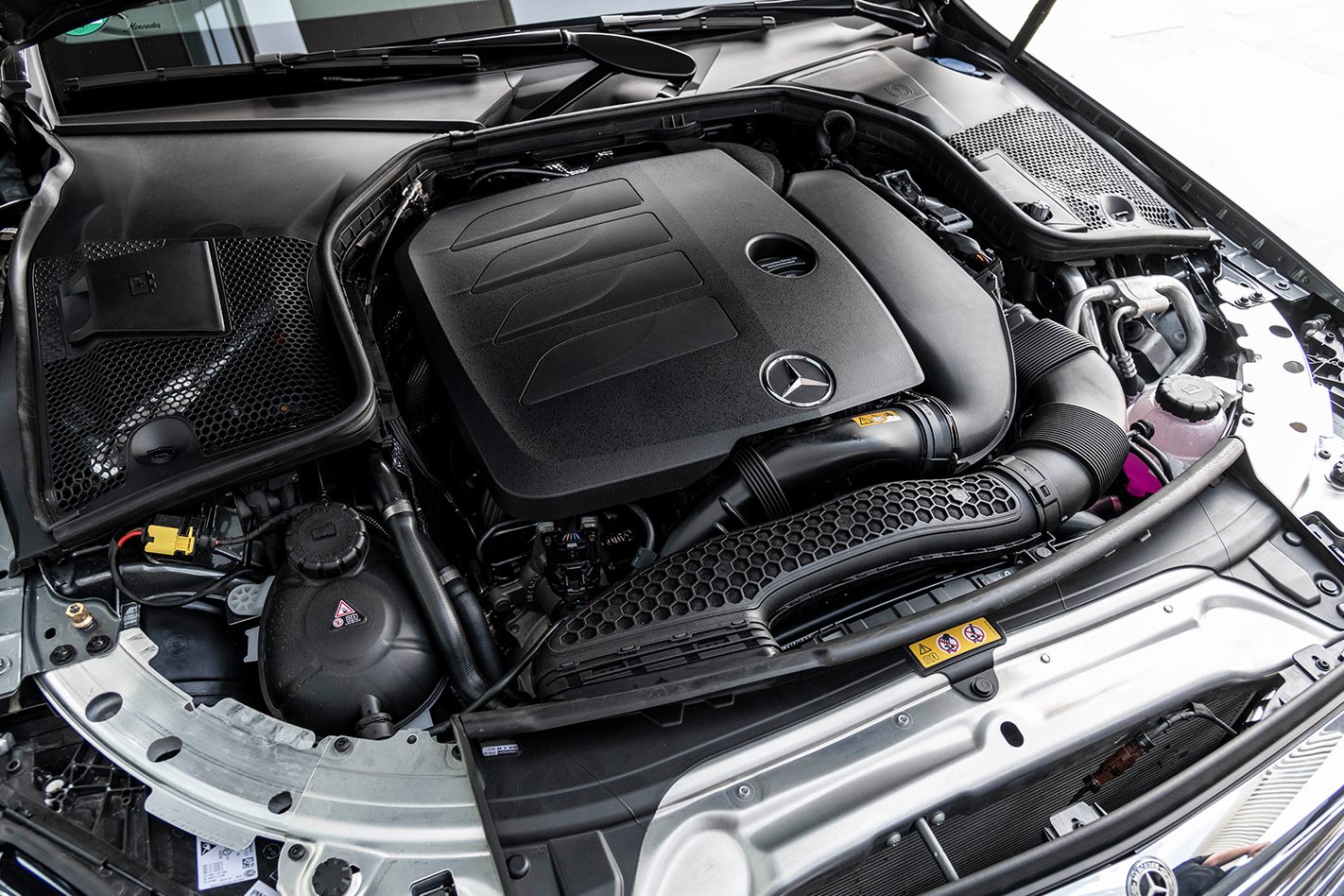 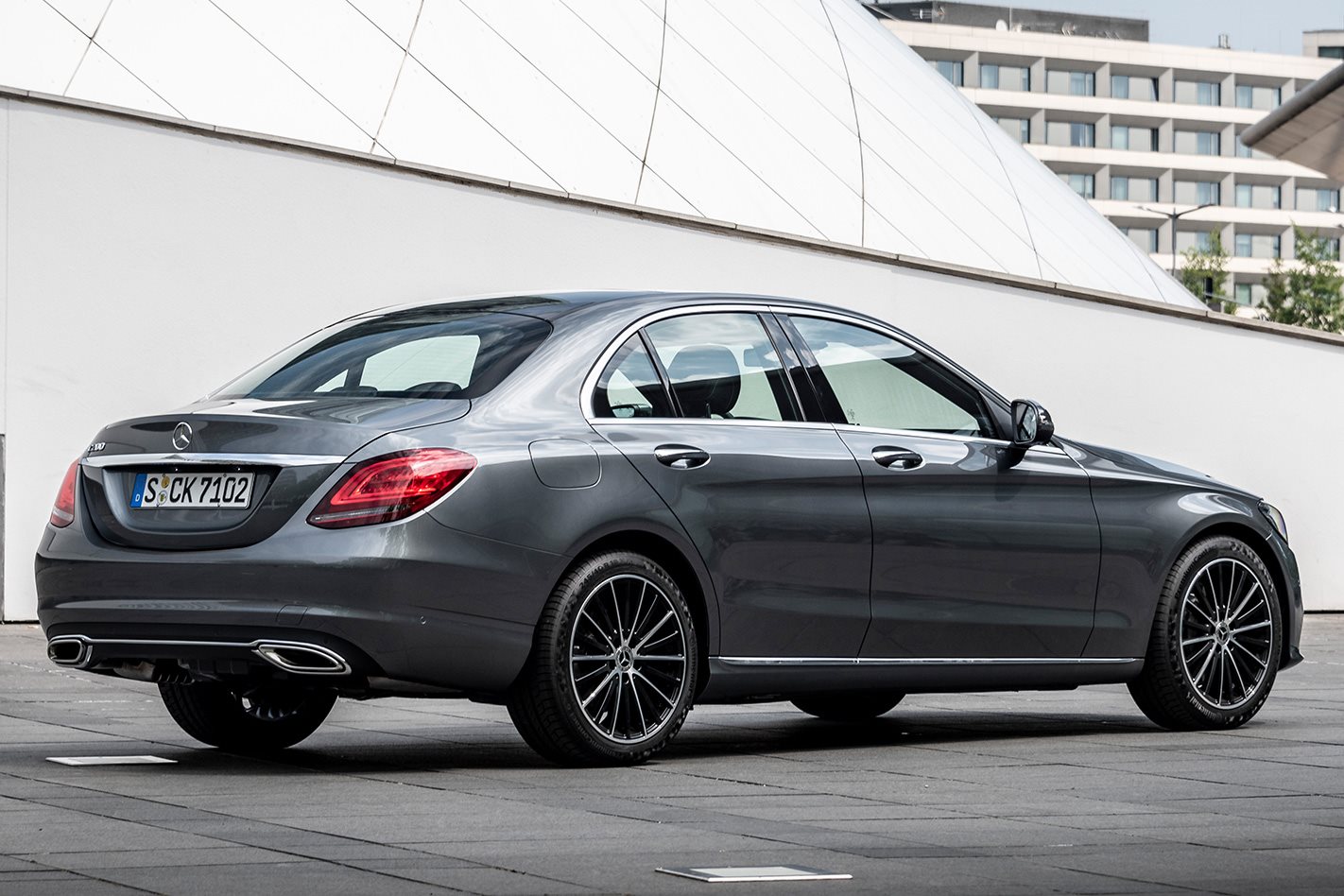 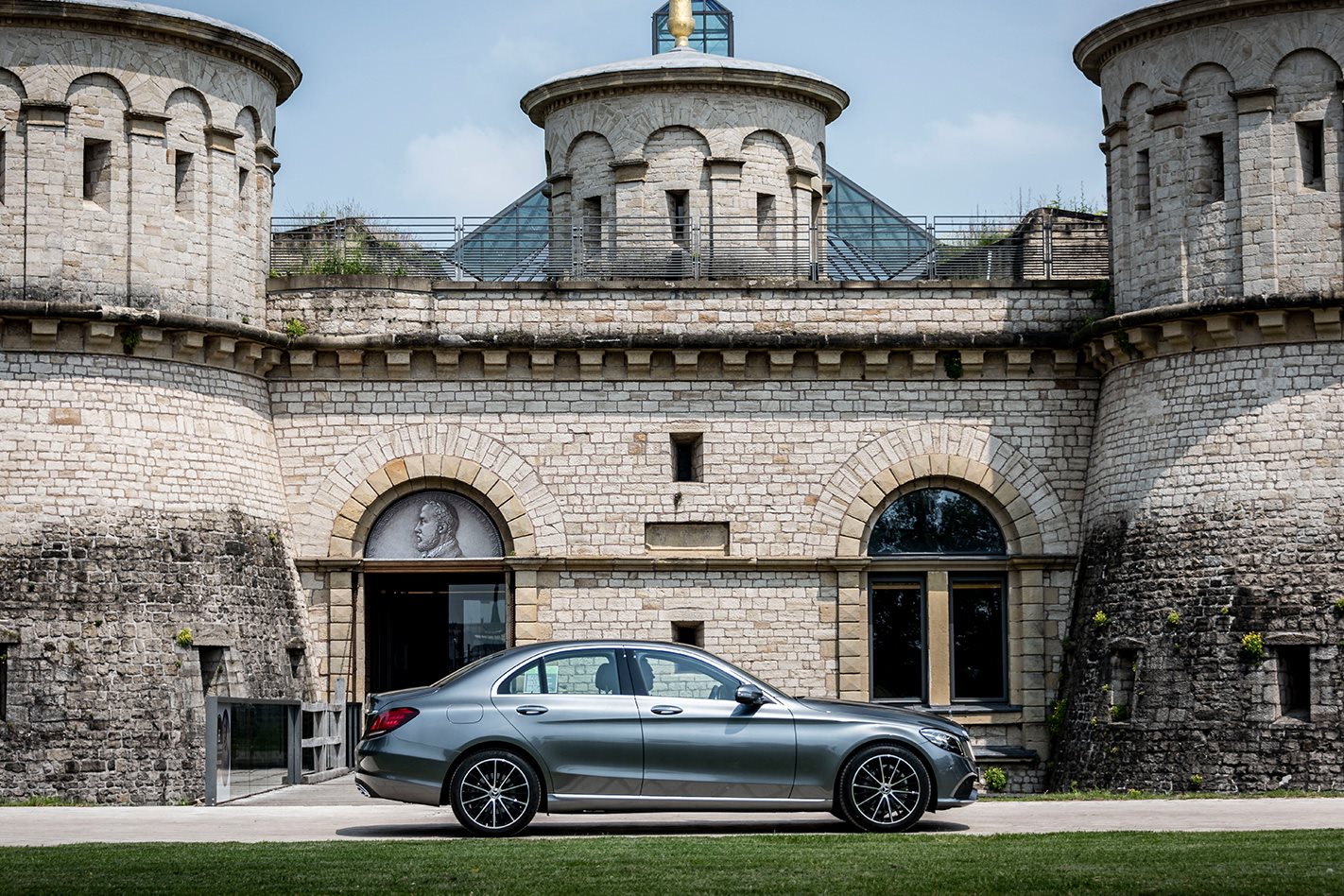 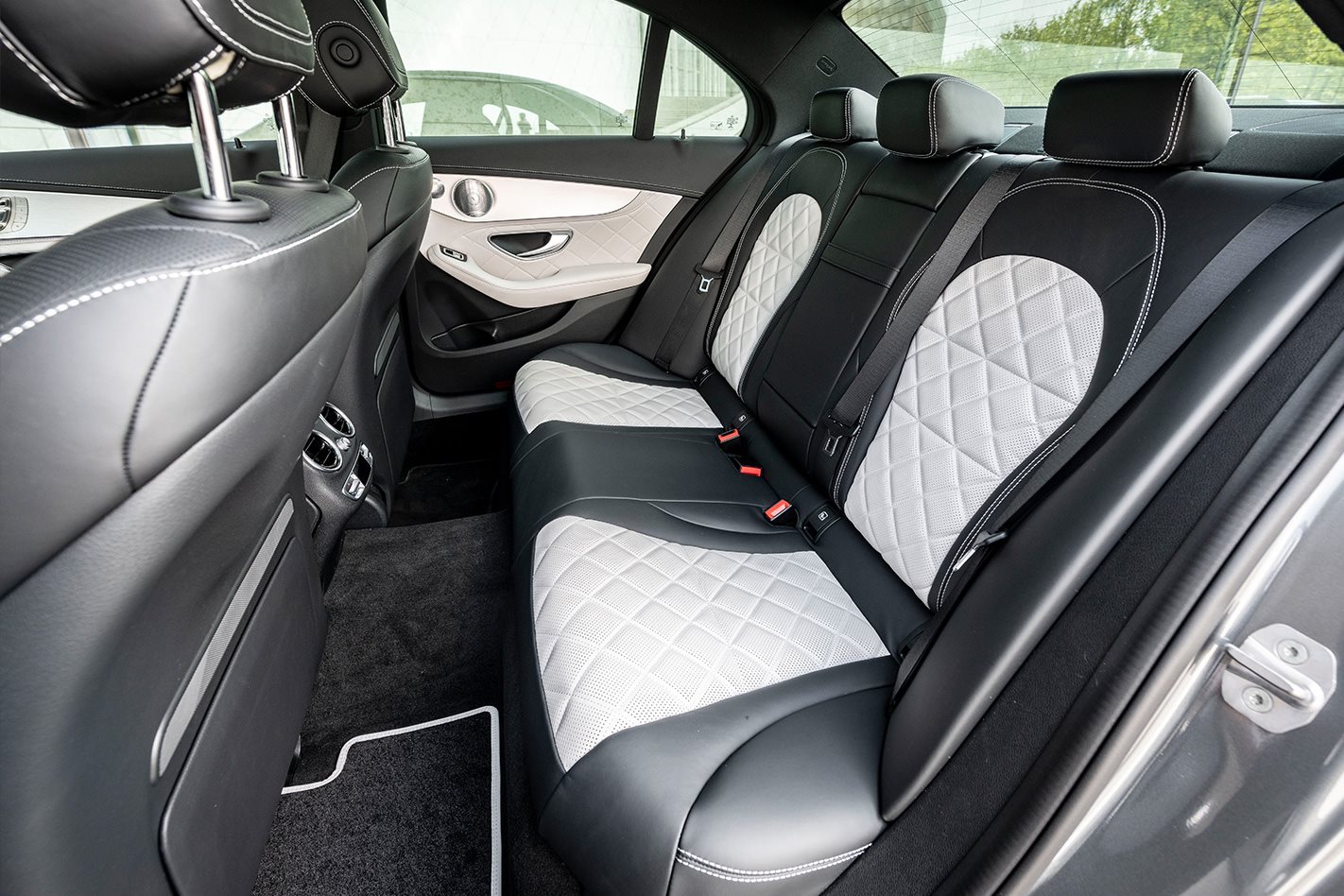 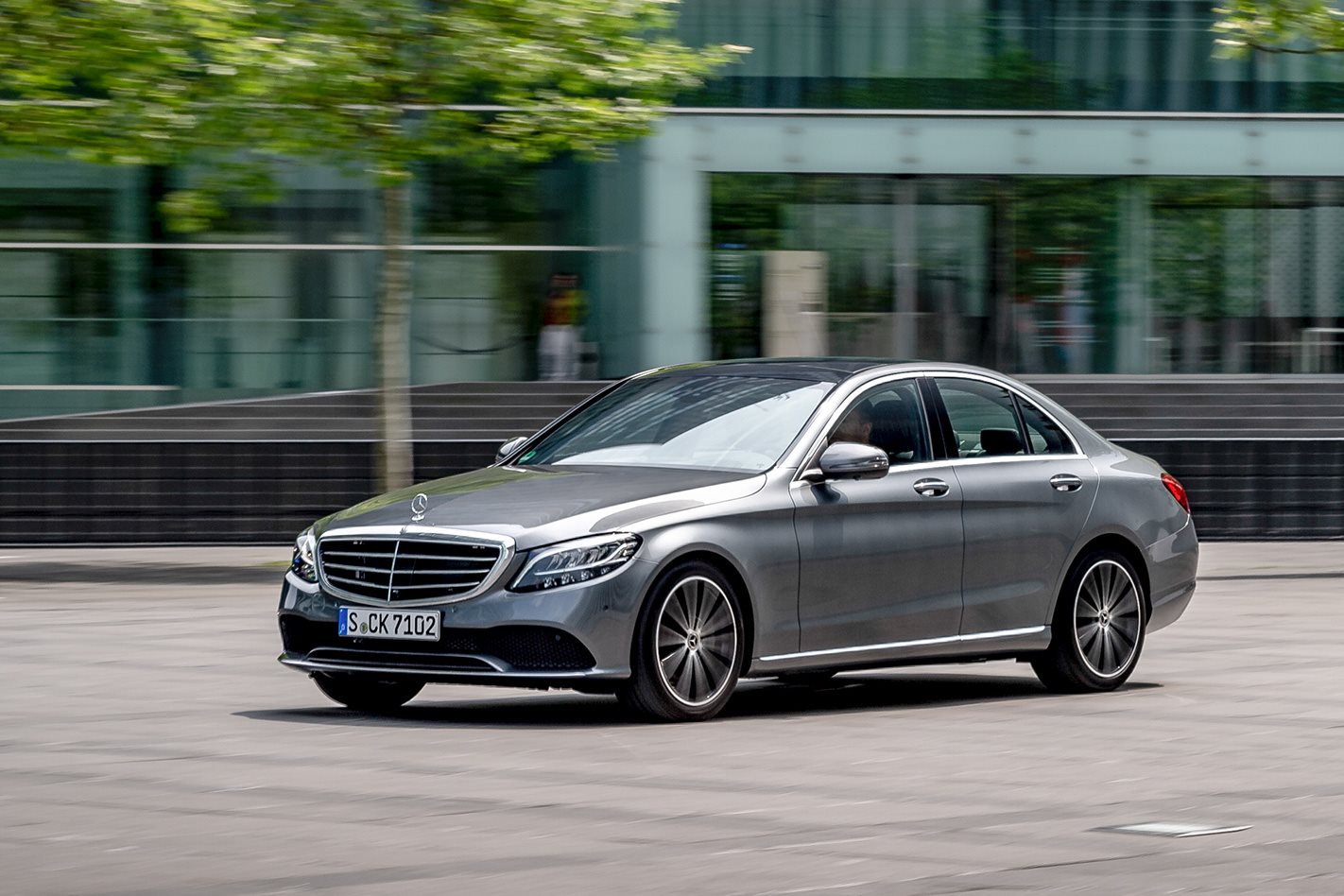 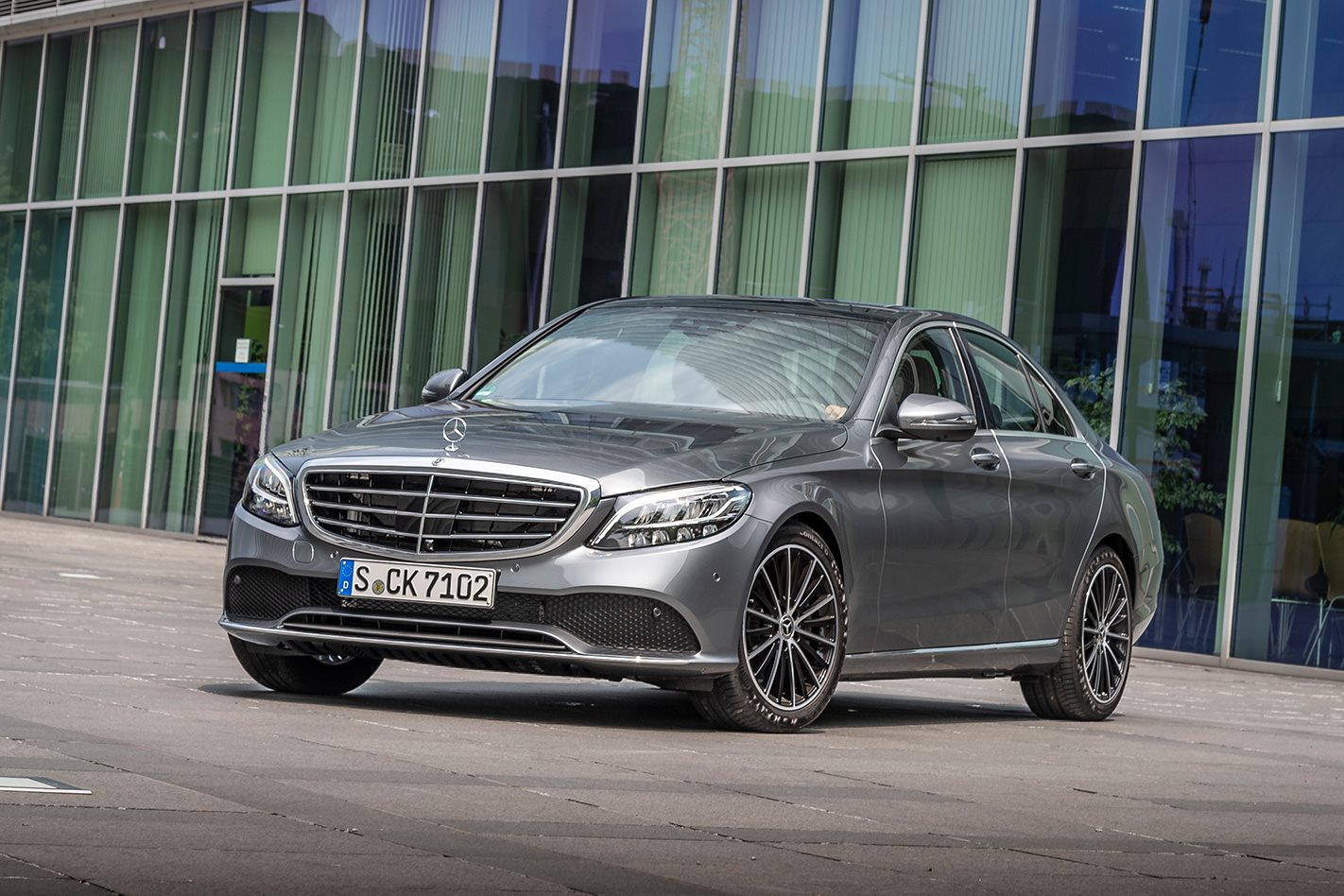 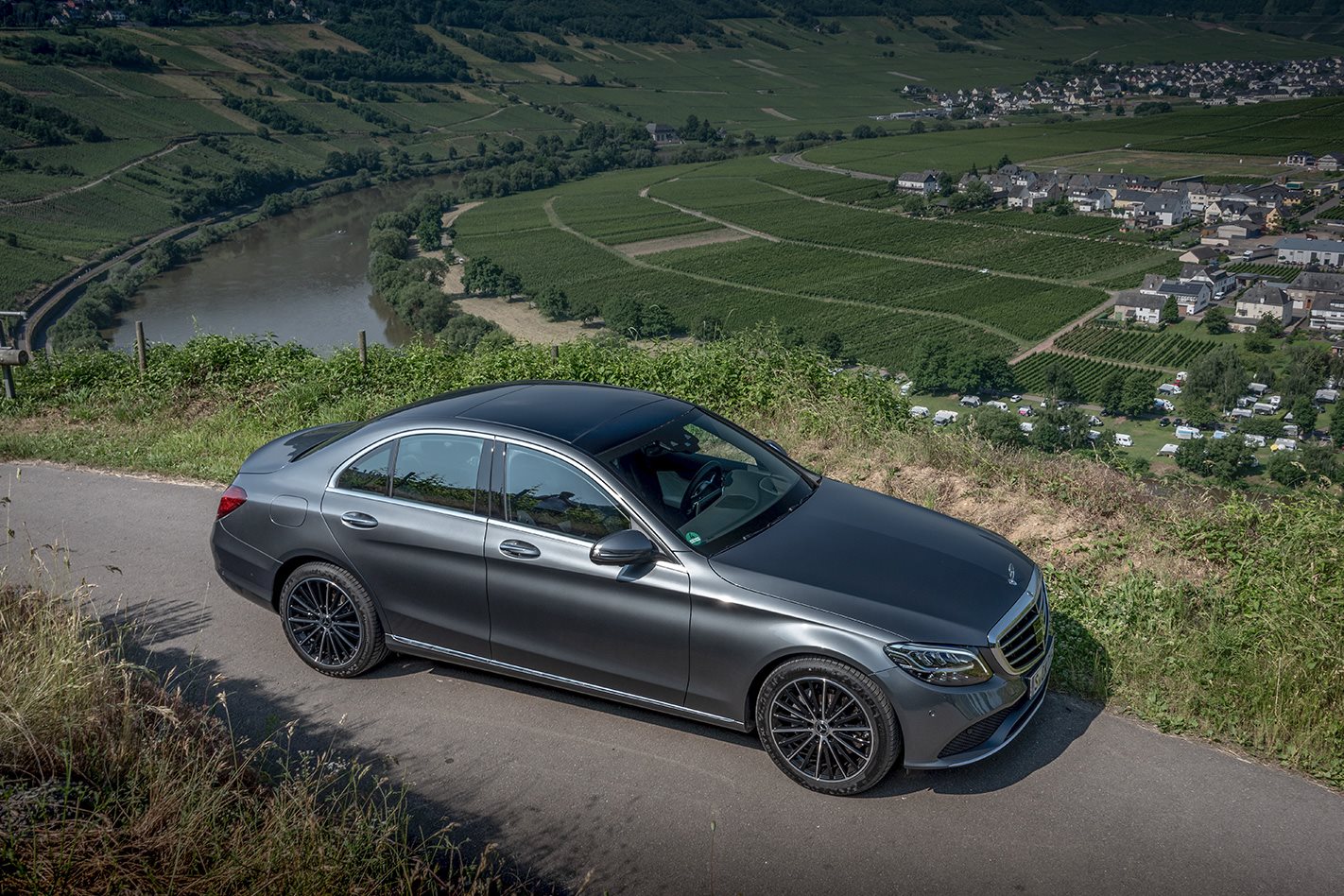 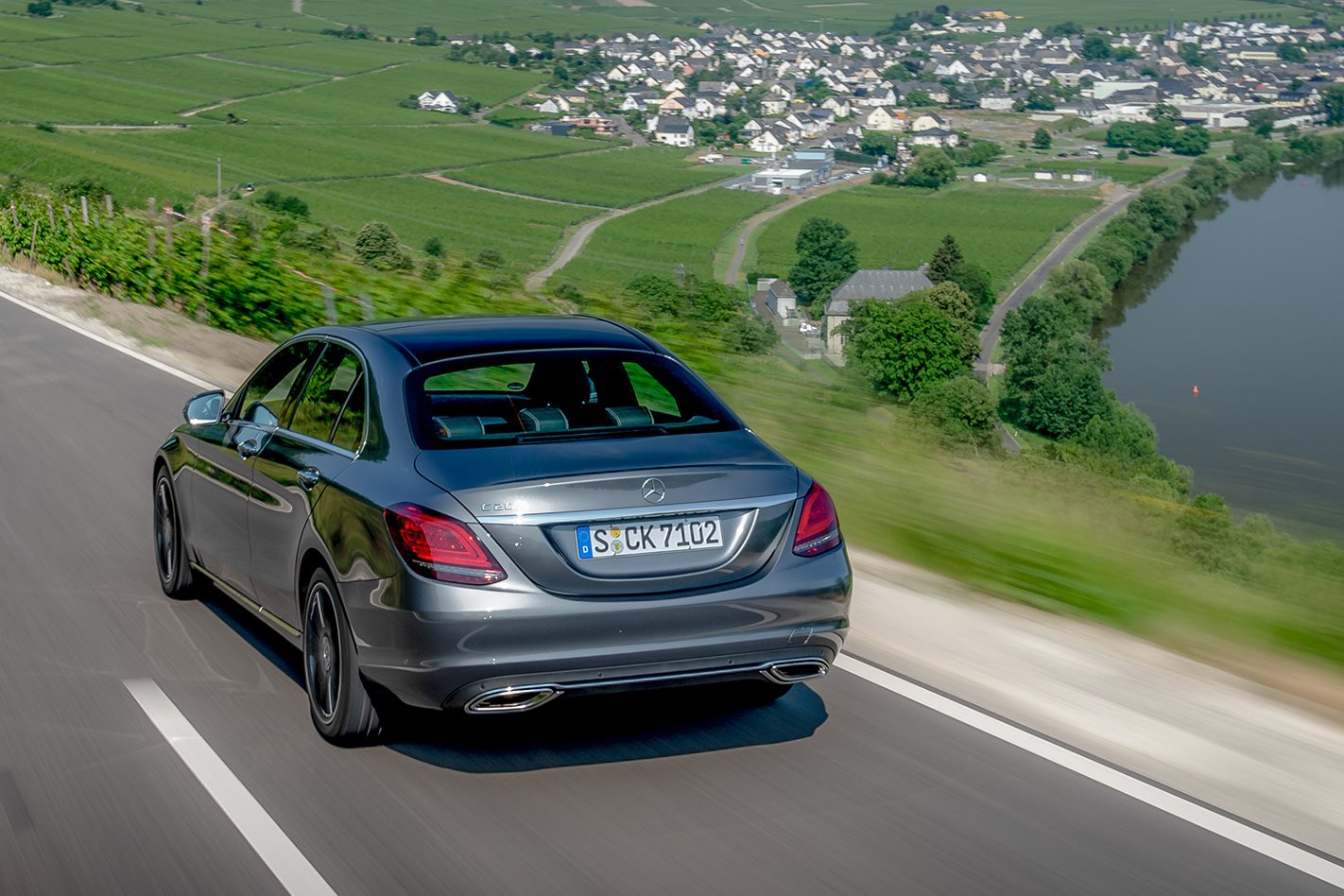