ANCAP has handed down its safety rating for the upcoming Suzuki Jimny, giving the pint-sized off-roader – both GL and GLX variants to be sold here – just three stars.

Structural and design weaknesses, poor protection of pedestrians and cyclists, and a lack of effective safety aids were the reasons for the three-star safety rating, according to ANCAP’s chief executive, James Goodwin. 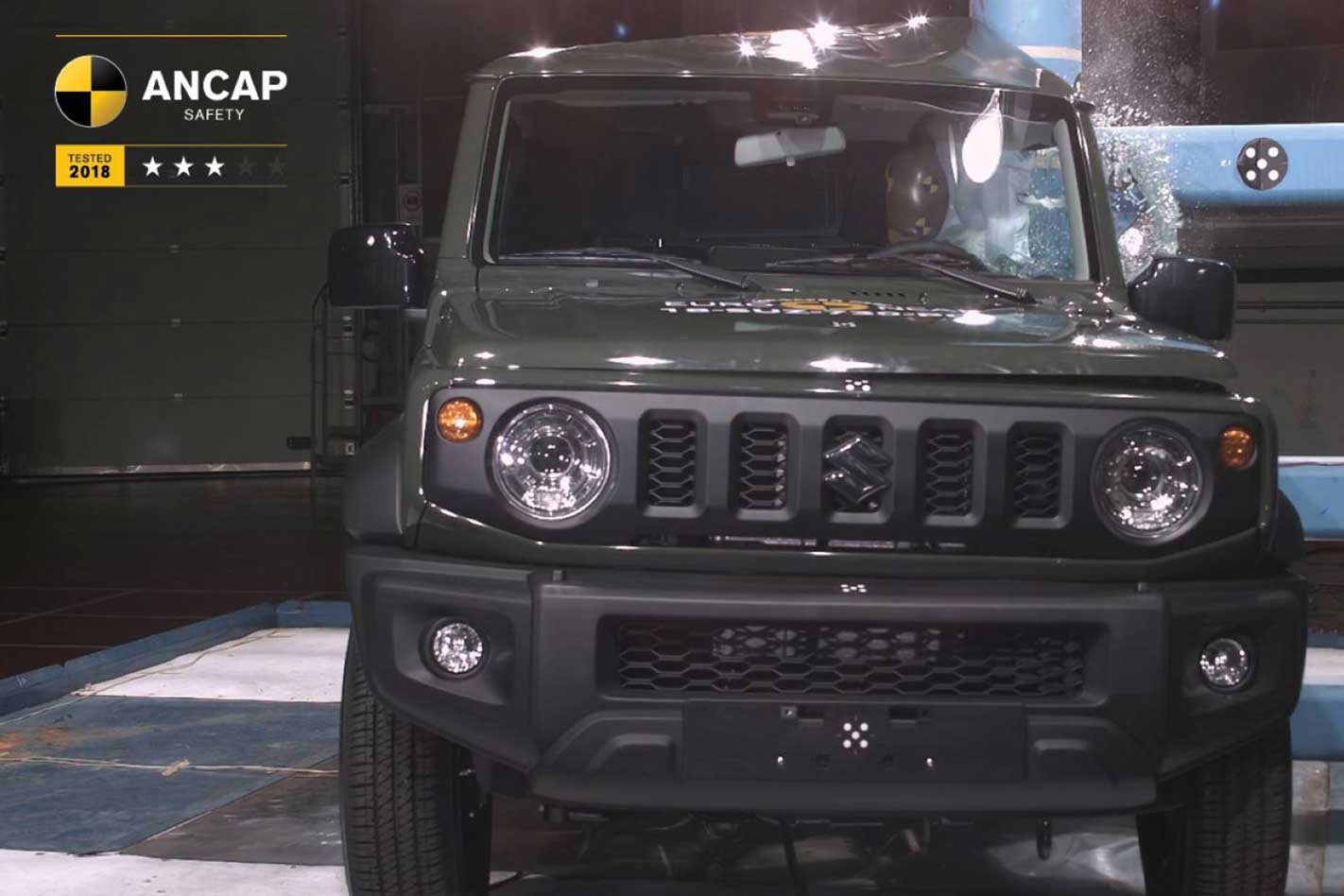 “Engineers observed a number of issues in the frontal offset test including excessive deformation of the passenger compartment, with penalties applied for loss of structural integrity, steering wheel and pedal intrusion and knee injury risk,” Goodwin said. “Insufficient inflation of the driver’s airbag was also observed with the dummy contacting the steering wheel through the airbag, indicating reduced protection in more severe crashes.” 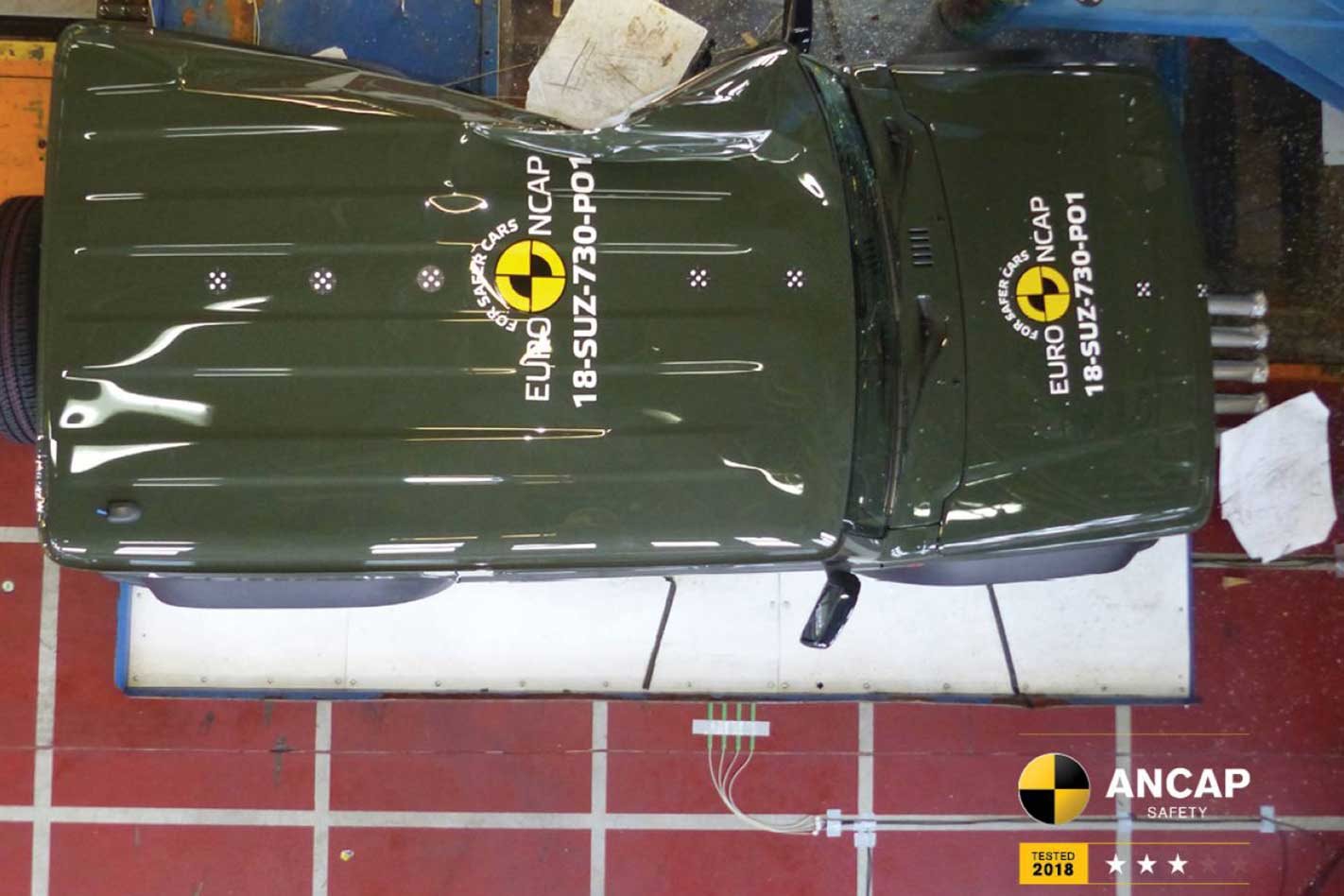 “The results show that the fundamentals of vehicle safety are still critical, and simply fitting an AEB system is not enough to earn a good rating,” Goodwin said. “While marketed for off-road driving, these vehicles also spend much of their time on regular roads and buyers shouldn’t have to forego safety.”

The Jimny isn’t the first off-roader to be dealt a safety blow, with the upcoming JL Jeep Wrangler receiving a disastrous one-star NCAP safety rating late in 2018. 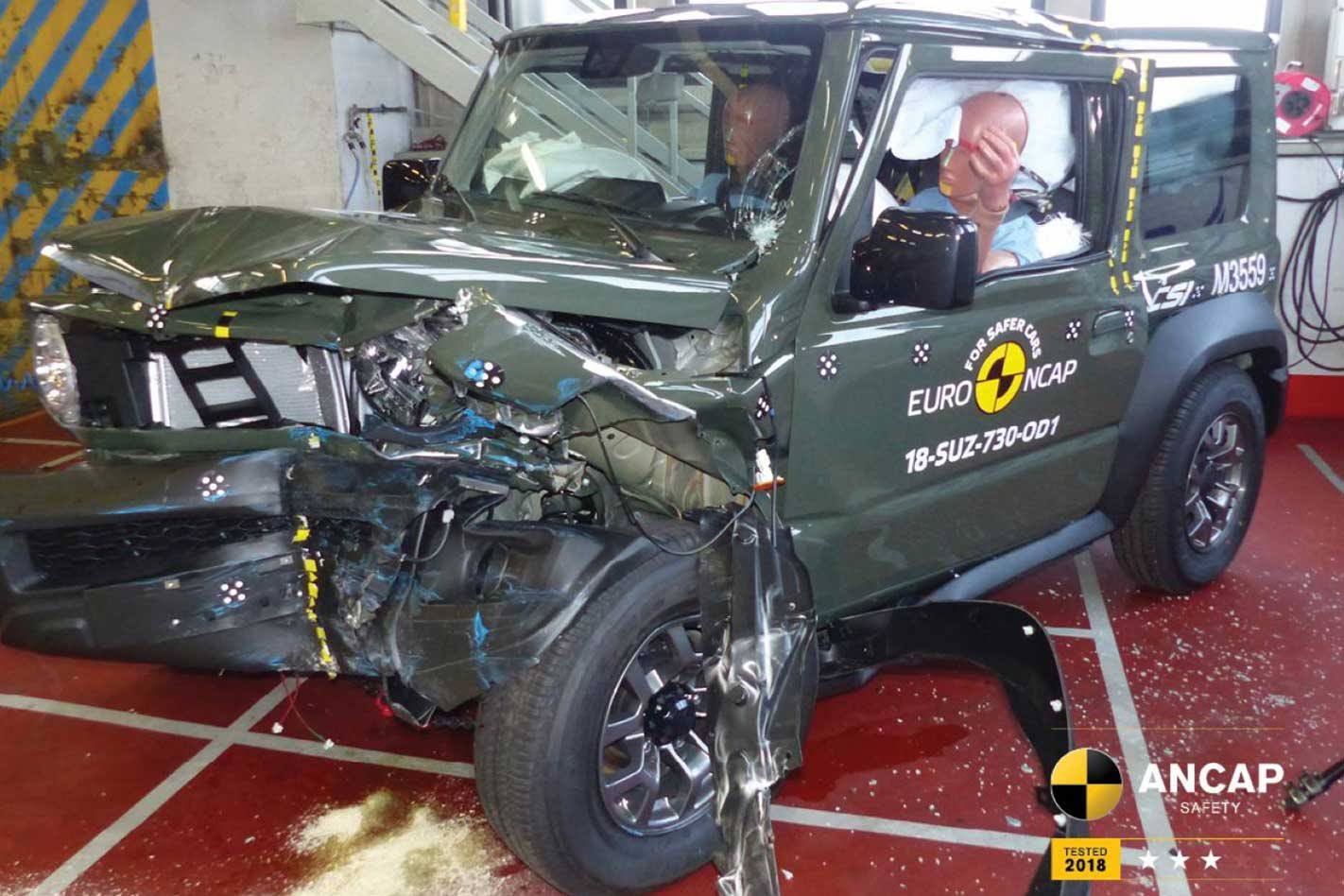