Audi is planning a big year for fans of performance metal, with the launch of a huge array of fast sedans, wagons and SUVs. 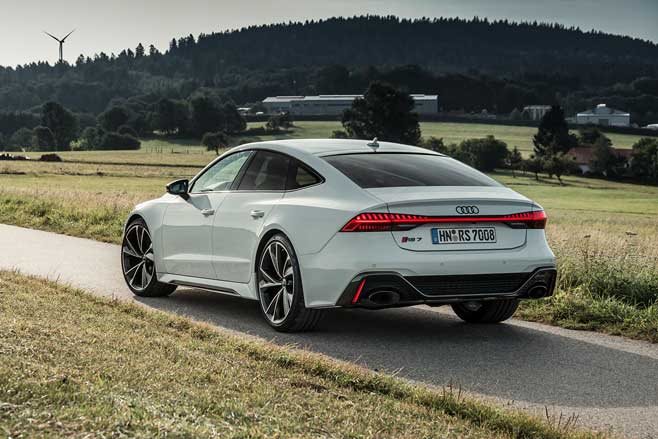 The key announcement, though, is the return of the RS3 hatchback, which quietly disappeared early in 2019. The issue, according to Audi, was due to delays in the real-world emissions testing program – known as WLTP – which have now been resolved.

The RS3 was hot property for the local arm of Audi, with more than a quarter of all A3 sales attributed to the RS3 alone.

“It was a big gap for us,” says Audi Australia’s product pricing and planning director Shawn Ticehurst. “We’re very happy to get it back.” 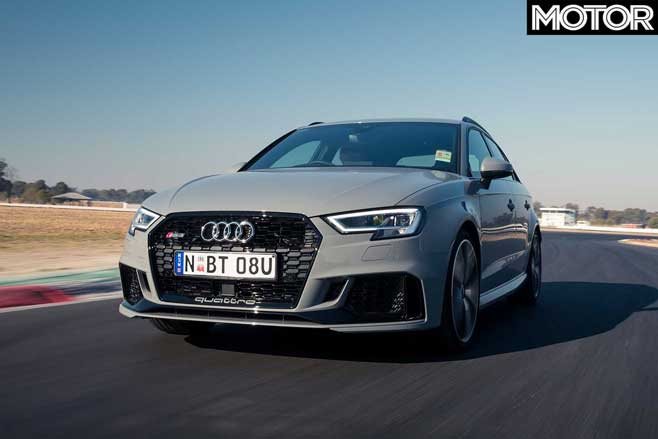 While the RS3 gets to keep its five-cylinder turbocharged petrol engine, it does come at a slight cost. In a first for the brand, it will be fitted with a petrol particulate filter.

Its 294kW/480Nm outputs remain unchanged (other than for a small change in the torque curve), but thanks to Australia’s poor fuel quality – derided as the worst in the world– owners will be restricted to using 95 RON or better fuel.

While using 91 RON was permissible in earlier versions of the car, the high sulphur content of the lower octane petrol will damage the petrol particulate filter.

“The small compromise of having the petrol particulate filter is one worth taking,” he says. “The alternative was not take the car at all.” 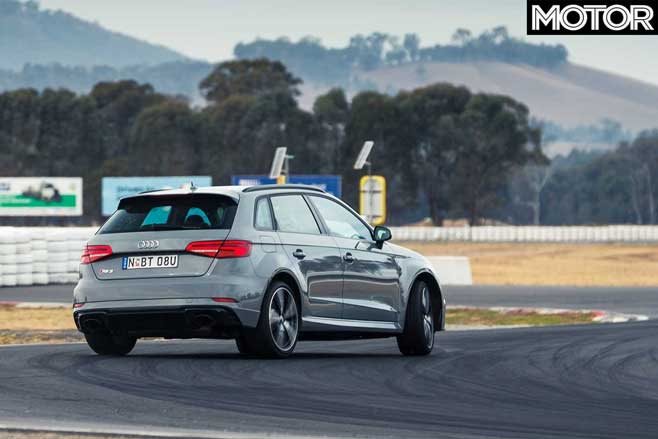 Ticehurst also says the distinctive sound of the five-potter will be different. “It’s hard to describe, but it loses a bit of its ‘parp-parp’,” Ticehurst says, adding that the fundamental note is still very familiar.

“I’ve driven them in Europe, and I pleased to report that the still sound good.

“They will lose a little, but not enough to take away from it. There will be some disappointment. If it had lost its character, we wouldn’t have brought the car back.

“We’ve done a lot of testing with it and our engineers in Germany assure us it will be good. They wouldn’t allow us to launch it if there was a risk [of damage to the PPF].” 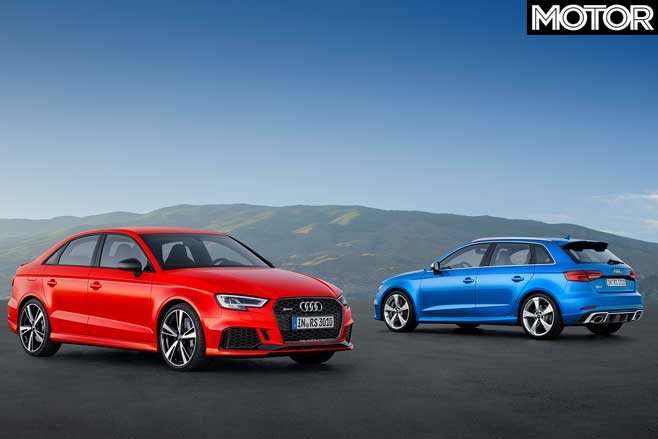 A Carbon edition will be added to the line-up to mark the car’s return. It gets magnetic dampers, metallic paint, bigger stereo and inductive phone charging as standard to accompany its 19-inch rims, AWD driveline and the aforementioned five-cylinder engine. It’s $3400 more than the stock car at $87,200 and $89,900 for the hatch and sedan respectively/

However, the ceramic brake option has been deleted from the overseas catalogue for the RS3, thanks to a very small take-up rate.

Meanwhile, the R8 will also return to Audi showrooms in a late-life blast.

It will mirror the facelifted version of the car seen in Europe early in 2019, which adds a new front bumper and tweaked headlights, while the rear reverts to a one-piece lower panel below the lights to link it more closely to the racing car, along with new round exhausts and new diffuser.

The same mighty V10 engine resides under the rear hatch, making the same 397kW and 540Nm via a different engine tune. 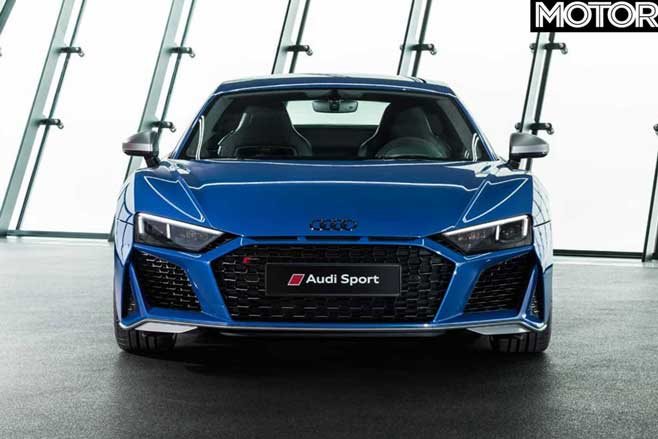 However, in contrast to the RS3, the R8 will arrive down under without a petrol particulate filter, which costs it seven kilowatts.

According to Ticehurst, this came down to how the R8 sounded with and without the filter.

“With the R8, we did have the choice [to delete the PPF], and sound made that decision for us.

“We lost 7kW accepting the engine without it, but we’ll take that.” 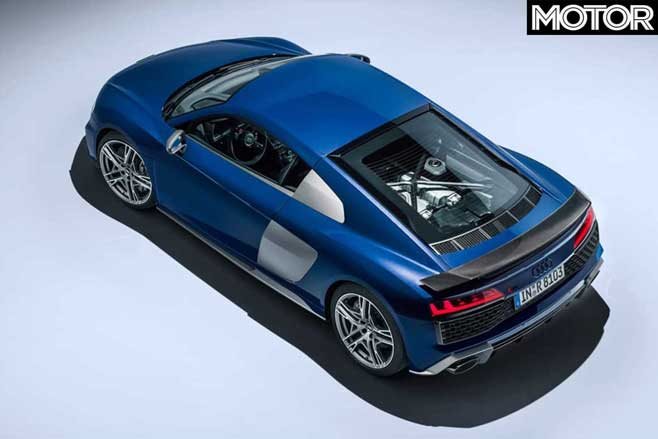 The range will change, too, with the RWS model now known as the RWD model becoming a standard member of the range, and what used to be the V10 Plus will now be the V10 Performance. Both will be available in coupe or open-top versions.

Both coupes weigh 1595kg, with the Performance getting ceramic brakes, lighter seats and wheels to offset its AWD system, as well as a CFRP front stabiliser bar.

Inside, everything is leather with an Alcantara roof lining.