IT MIGHT be one of the current exhaust note kings, but AMG is considering a future where its cars will make no noise at all. The reason will be electrification, with AMG chief executive Tobias Moers revealing he sees a future where AMG models are pure electric.

“Absolutely,” he said when quizzed by Wheels. “We can’t change the future and we have to be ready to bring the brand into it, so it [electrification] is necessary.”

AMG is already investing in electric models and researching heavily into electric drivetrains that could manifest in a number of different forms.

“Electrification makes more sense to me than performance diesels,” he said. “We are looking at everything from plug-in hybrids to pure electric and electric turbos because we are not in position to exclude something from our portfolio. So we'll do work on several programs at once to find our own path on electrification for the future.” 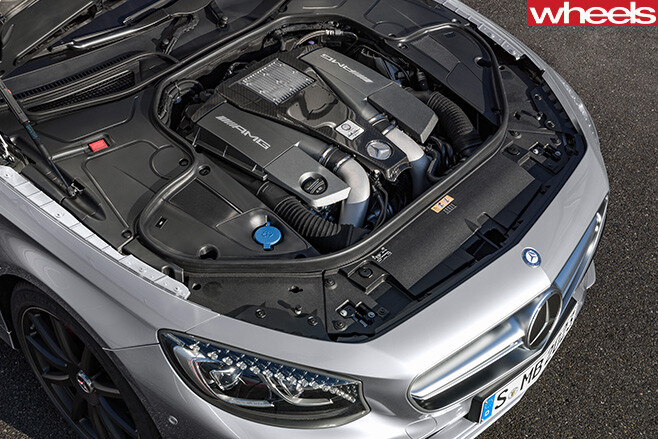 But while Moers sees electrification as inevitable, he’s quick to assure AMG fans that future electric models will retain the brand’s character.

“Sound is crucial to AMG, so as for the sound we will find a solution,” he said. “We found one with the SLS Electric Drive and we know it’s important.”

The 552kW SLS AMG Electric Drive, which in 2013 claimed the title as the world’s fastest production electric car with a 0-100km/h sprint of 3.9sec, pumped artificial noise into the cabin during acceleration via its audio system.

While AMG sees a future in electric drivetrains, the same can’t be said of its mighty V12. Moers revealed AMG’s iconic 6.0-litre twin-turbo V12 is under threat due to ever-tightening emission laws. “We do have V12 aficionados worldwide who want us to keep it, but the V12 segment no longer represents AMG as a brand,” said Moers. “There are customers that are very interested in that engine in that exclusive segment, so we are responsible for engineering a V12 and it’s up to us to give the V12 a future. But that’s not decided.”

“That’s giving us a big headache with the V12, so it’s a question of how we proceed. That’s what we’re discussing in the company now.”

Production of the hand-built V12 engine will switch to a new production line in Mannheim, Germany, next month after AMG's facilities at Affalterbach were re-organised to cope with increasing demand. Many of the V12 engineers are now working on V8 powerplants instead. 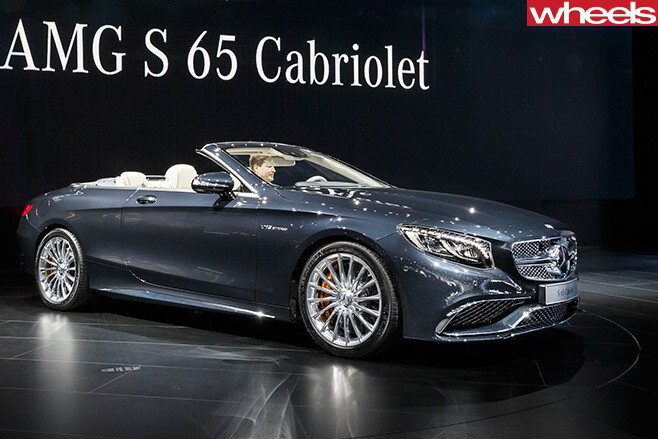 AMG currently offers its V12 in five models: the S65 Cabriolet, S65 sedan, SL65, S65 Coupe and G65 SUV. The S65 Cabriolet is the first Mercedes four-seat convertible with a V12 drivetrain. It is expected to arrive in Australia late this year priced from around $450,000.

It won’t be the only ultra-exclusive Mercedes to hit our shores, with Mercedes-Benz Australia confirming it has secured five examples of the limited-run AMG S63 Cabrio “Edition 130”, also shown at Detroit.

Built to celebrate the marque’s 130th anniversary, the special S63 Cabrio is limited to 130 cars worldwide and features unique interior and exterior design treatments. Its 5.5-litre V8 produces 430kW/900Nm and it, too, should cost around the $450,000 mark when it arrives later this year.