THE FASTEST thing with four wheels and a roof to roll out of Woking, the McLaren P1 GTR, has just been usurped. Say olá to the McLaren Senna GTR.

While the road-faring McLaren Senna could hypothetically attack Eau Rouge in the Belgian countryside as happily as it will ferry you to the shops, the Senna GTR will do no such thing.

It was built for one purpose – going fast – and it intends to achieve it with unrelenting, uncompromising efficiency and brutality. While 500 people will be able to add a Senna to their garages, just 75 track-only GTRs will be built, and will cost around $A1.8 million.

Power and torque have been lifted, with the 4.0-litre twin-turbo V8 tweaked to produce “at least” 606kW (previously 588kW) – no torque figure has been released.

But those numbers pale in comparison to the GTR’s bewinged party trick, an ability to post the fastest lap times of any McLaren that isn’t lining up for grands prix around the world, thanks to bodywork that can generate up to a tonne of downforce. An enlarged front splitter, larger rear wing, and engorged rear diffuser (looking as if it was ripped straight from the rear bumper of an Aston Martin GTE race car) work in conjunction with the Senna’s already aerodynamically optimised bodywork to push the GTR onto the racetrack. A revised double wishbone suspension and fat Pirelli slick tyres also lend a helping hand in the fine art of corner carving.

The Senna GTR has a wider track, as well as new fenders front and rear when compared to its road-going sibling.

Almost unbelievably, McLaren stated the car revealed at Geneva is not the final version of the Senna GTR, with more updates planned before going into production. 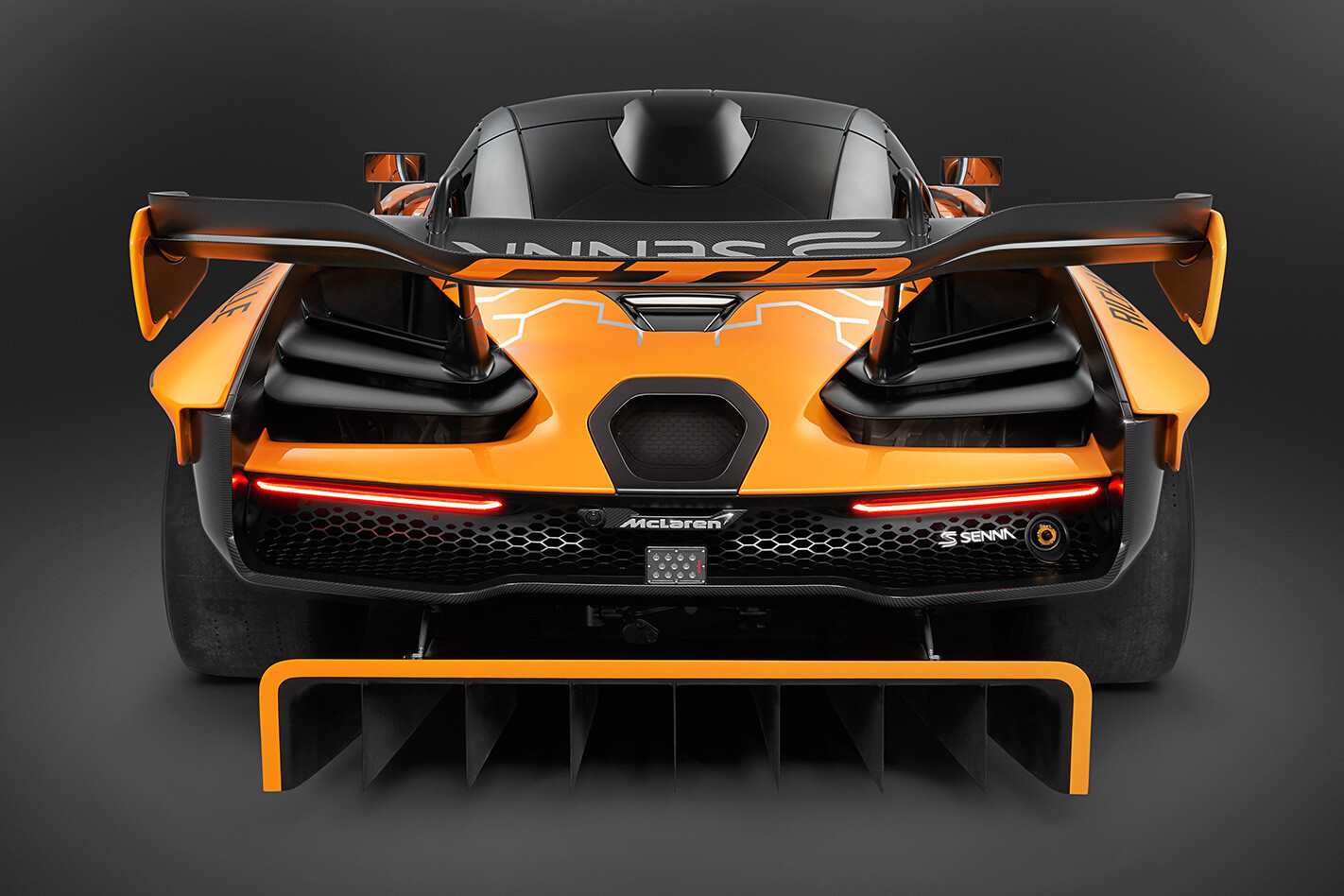 “The McLaren Senna was designed from the outset with the full spectrum of road and track requirements in mind, so developing a GTR version is within the scope of the original project,” McLaren design engineering director Dan Parry-Williams said.

“The McLaren Senna GTR Concept unveiled in Geneva is not the finished article but it does give a clear indication of our thinking for the car, which promises to be the most extreme and exciting McLaren to drive for many years, if not ever.”

We’ve got a free biscuit for the first owner to take their Senna GTR to Lanzante and slap a number plate onto the bumper. Next stop, Nurburgring.