Family fun is the name of the game at ARB’s Eldee Easter weekend, held at Eldee Station in western NSW.

IT WAS a pleasant start to the weekend as 25 teams consisting of couples with and without kids, along with extended family and friends, started to gather at Eldee Station. Some had arrived from as far afield as southern Queensland, Sydney and south-eastern SA, while ‘locals’ came from western NSW and the Wimmera region of Victoria. They were all here for the ARB Easter at Eldee weekend.

The small, powered camping area at Eldee with its patches of green grass (unique during these drought-ridden times) was quickly filled up, with most setting up camp nearby, sprawling over the flat plains but still within easy walking distance to the bar, restaurant and a racetrack hosting scale radio-controlled (RC) rock-crawling vehicles. 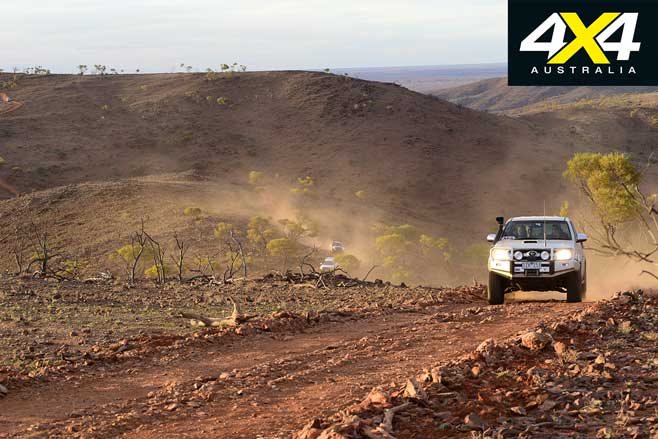 For many first-time visitors to western NSW the adventure and fun begins well before arriving at Eldee Station. The main focus of the area is the mining colossus of Broken Hill, and while mining is still going on deep underground, much of it has been automated with heavy machinery ripping the now not-so-rich ore out of the ground. I haven’t been underground there for 20 years or so, but even back then when I plucked up the courage to head down into the bowels of the earth there was a huge cavern beneath the town of Broken Hill. Some say the town will one day vanish into a gigantic pit…

The town now relies more on the outlying mines and a growing tourist trade, many of whom come to this city in the west for its vibrant art scene (think: Priscilla Queen of the Desert fame and its Broken Heel Festival). I’m not sure what the early miners, who dug holes with pick and shovel, would think of those seismic changes to their society.

On the way to Eldee Station you pass through the artist enclave of Silverton. Once a booming mining town (before Broken Hill) there are a few art galleries, an interesting local museum, the Day Dream Mine just out of town, and the famous Silverton Pub and nearby bakery. It’s always worth a stop to check the place out, have a coldie and tour the historic underground mine. 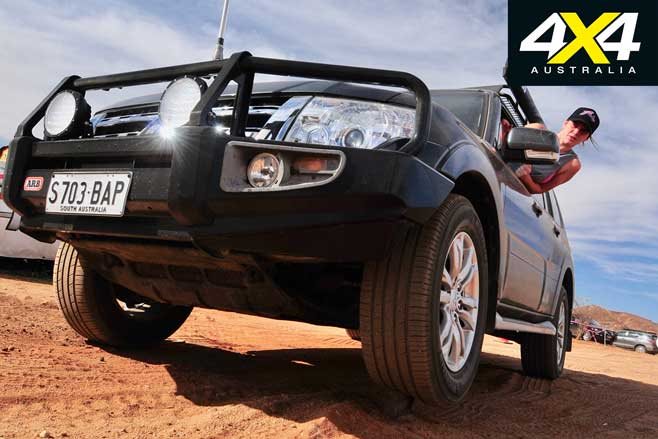 Eldee Station, about 30km north-west of Silverton, sits on the edge of the vast Mundi Mundi Plains tucked up beside the rounded, rocky hills of the Barrier Ranges. Friday evening saw the last of the stragglers arrive at the homestead, while kids wandered the open paddocks getting to know the run of the land and the other kids who had joined them. The adults were doing much the same, most with a beer in hand.

After a lazy start on the Saturday the first of the many challenges for the weekend was held along a nearby creek lined with age-old red gum trees, which made great obstacles to zig and zag around. One of the funniest events here was a form of blind-man bluff, where the driver was blindfolded and the navigator had to give very specific directions. While a few scrubby bushes were mown down in the process, nobody hit the big gum tree that was the centrepiece of the course. Slow and steady was the name of the game here. 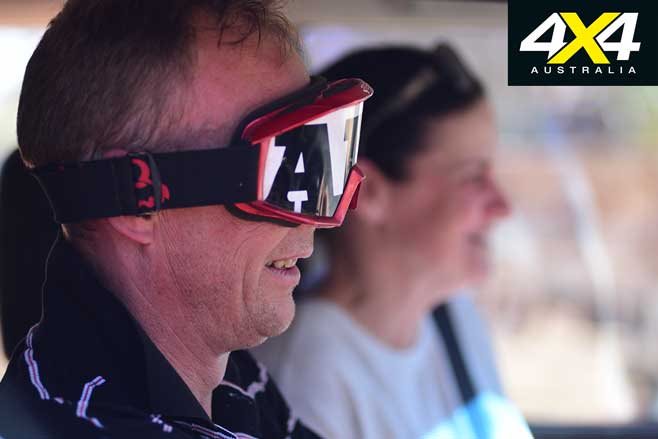 Nearby were a couple of higher speed courses, the Mini-Dakar being a standout where all competitors were allowed two runs to try and improve their time. The route started in a sandy creek bed, blasted up the bank between some big gums, swept around through the scrub, and then returned to the creek via a series of whoopty-doos. The Mini-Dakar saw quite a few teams grab some air in their endeavour to get around the course in the fastest possible time.

That evening the owners of Eldee Station, Steve and Naomi, led the convoy of cars to the top of the Barrier Ranges for a sunset view over the Mundi Mundi Plains – few will forget the scene, even though the sun and clouds could have put on a better show on this day. Still, it was an enjoyable spot to have a meal and a few beers or wines. The view on the descent of the snaking line of vehicle lights was particularly impressive. 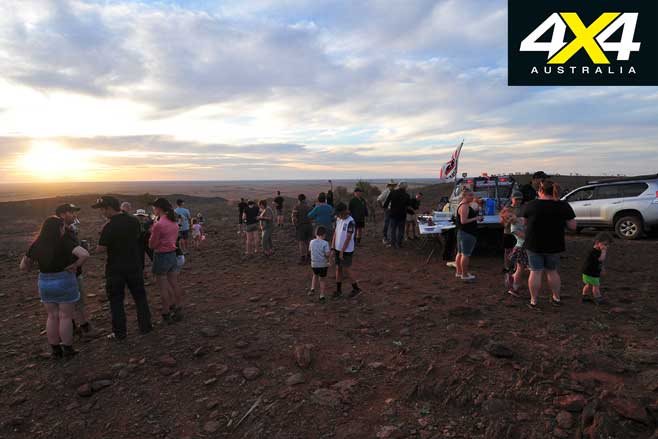 The Sunday morning started off with the all-important Easter egg hunt that saw the kids running, searching and finding dozens of Easter eggs and bunnies along a section of the creek and in the nearby scrub. Most kids ended the hunt with bags stuffed full of chocolate. The hunt was followed by more lighthearted challenges, with the Sheepyard Shenanigans enjoyed by the teams as they competed against families and friends in a vehicle race through the confines of the sheep-mustering yards.

Then there was the navigational challenge, where a basic map was supplied (no GPS) with eight points that had to be calculated, marked on the map and then visited on the ground. With a paddock larger than 40km² and a straight line between points not advisable, it was about two hours before the teams started rolling into the finish line.

The kids spent the rest of the day competing in the RC Challenge on the custom-made racetrack built by photographer (and RC race nut) Michael Ellem, who also kept the track and race cars in tip-top order under the onslaught and gruelling pace of the kids. 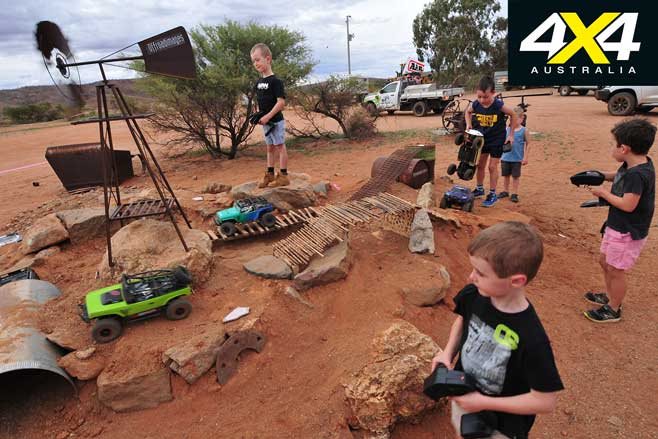 Prizes were handed out to the kids later that afternoon, with the six fastest winning their very own RC rock crawler. Prizes for the adults followed and, while nobody missed out on a bag of goodies, each prize got more impressive as you got closer to the top point scorer.

First prize was worth at least $4000 and, like all the rest, was supplied by event sponsors that included ARB 4x4 Accessories, Cooper Tires, Shimano, RFI Antennas, Torqit, Offroad Images and 4X4 Australia magazine.

Third place went to the Ellis family from Horsham in a well-sorted GQ Patrol, while second place went to the Skinner family from Aldinga, SA, in an old, battle-hardened 4Runner. Top spot went to the Mason family, again from western Victorian, who ran a well set-up 76 Cruiser wagon. Friends of the Ellis family said they have been locked in friendly rivalry since the challenges started, and they emphasised the family and congenial nature of the whole weekend. 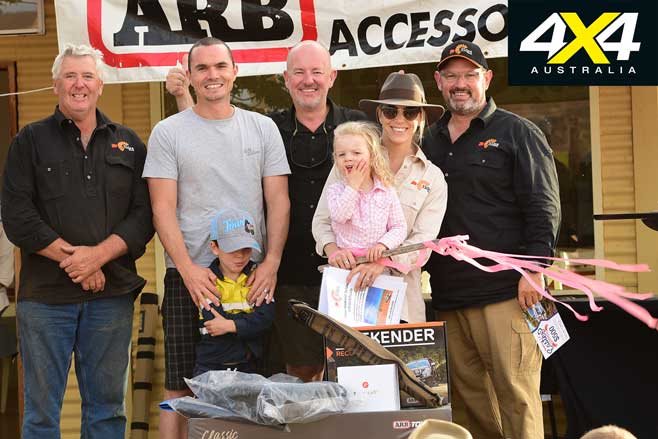 A talented local band rocked the homestead that night, while a colourful and funny stage show played homage to Priscilla, the desert queen. An auction of prints donated by Steve and Naomi, as well as a painting donated by Silverton artist, John Dynon, raised more than $2000 for the Ronald McDonald House charity in Adelaide, something many people in the bush use when their kids have to go to the city for hospital treatment.

It was a fabulous weekend thoroughly enjoyed by all who took the drive to Eldee Station, in western NSW. Next year will be the 10th running of this unique event and it will be big. Mark it in the calendar and we’ll see you there! 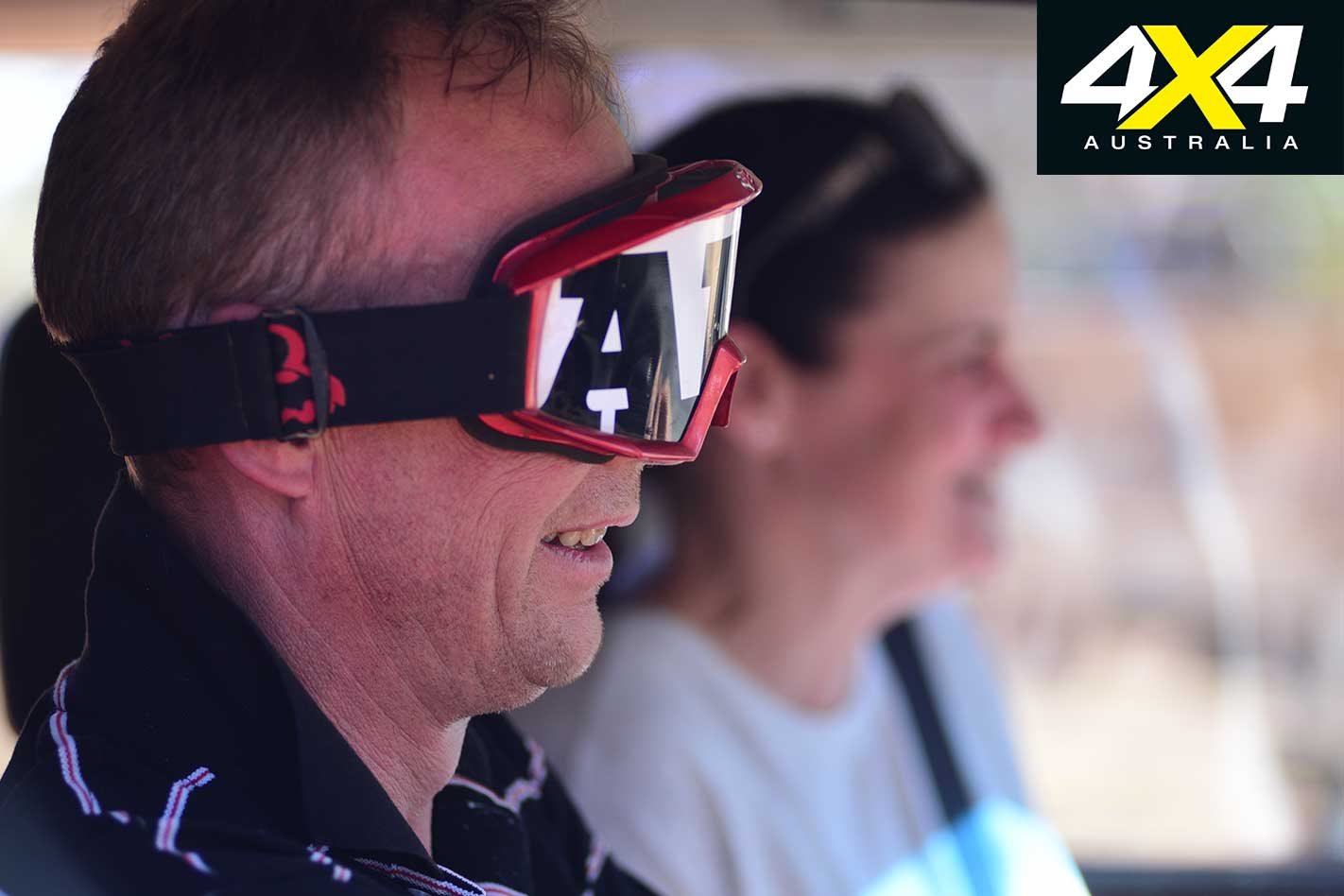 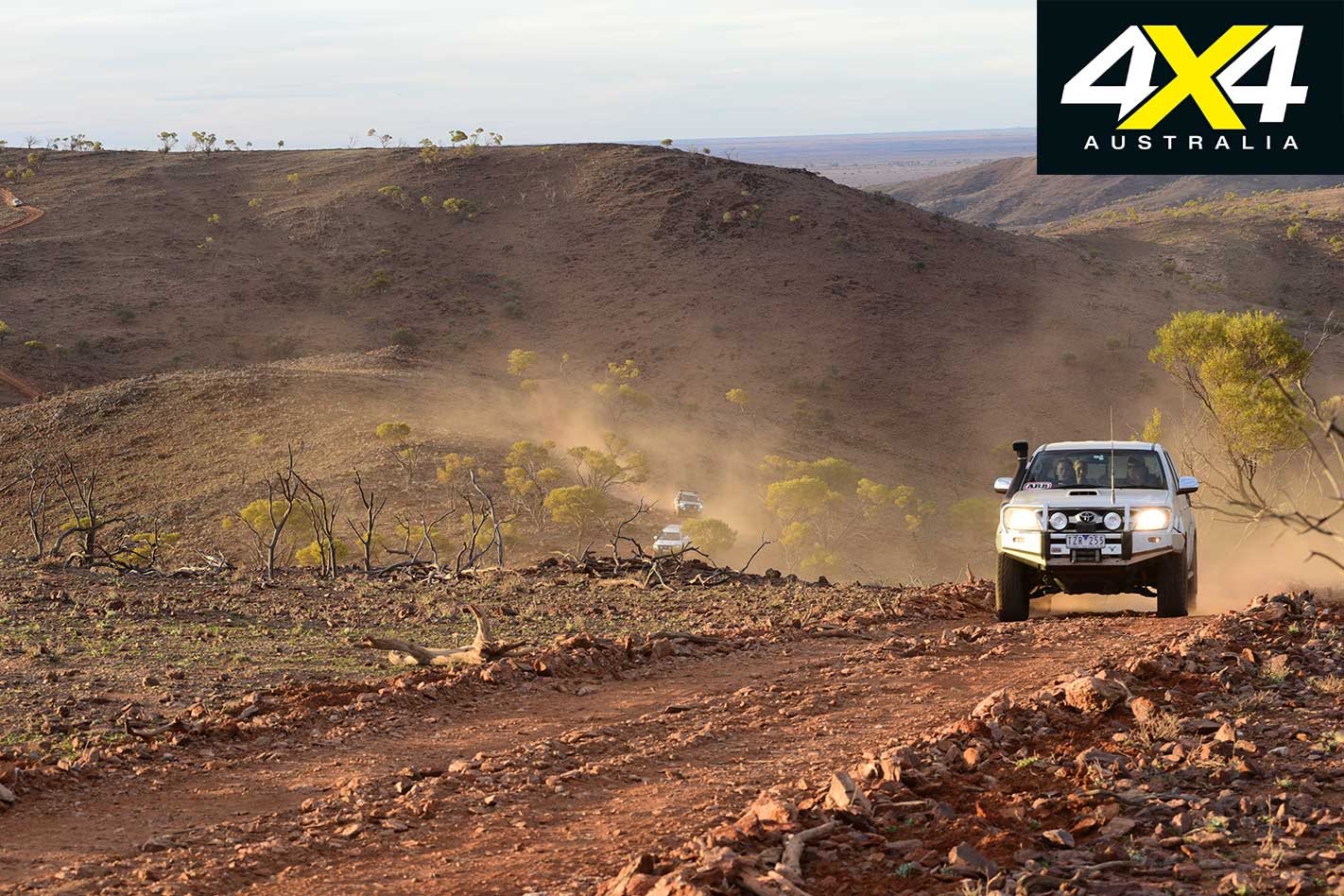 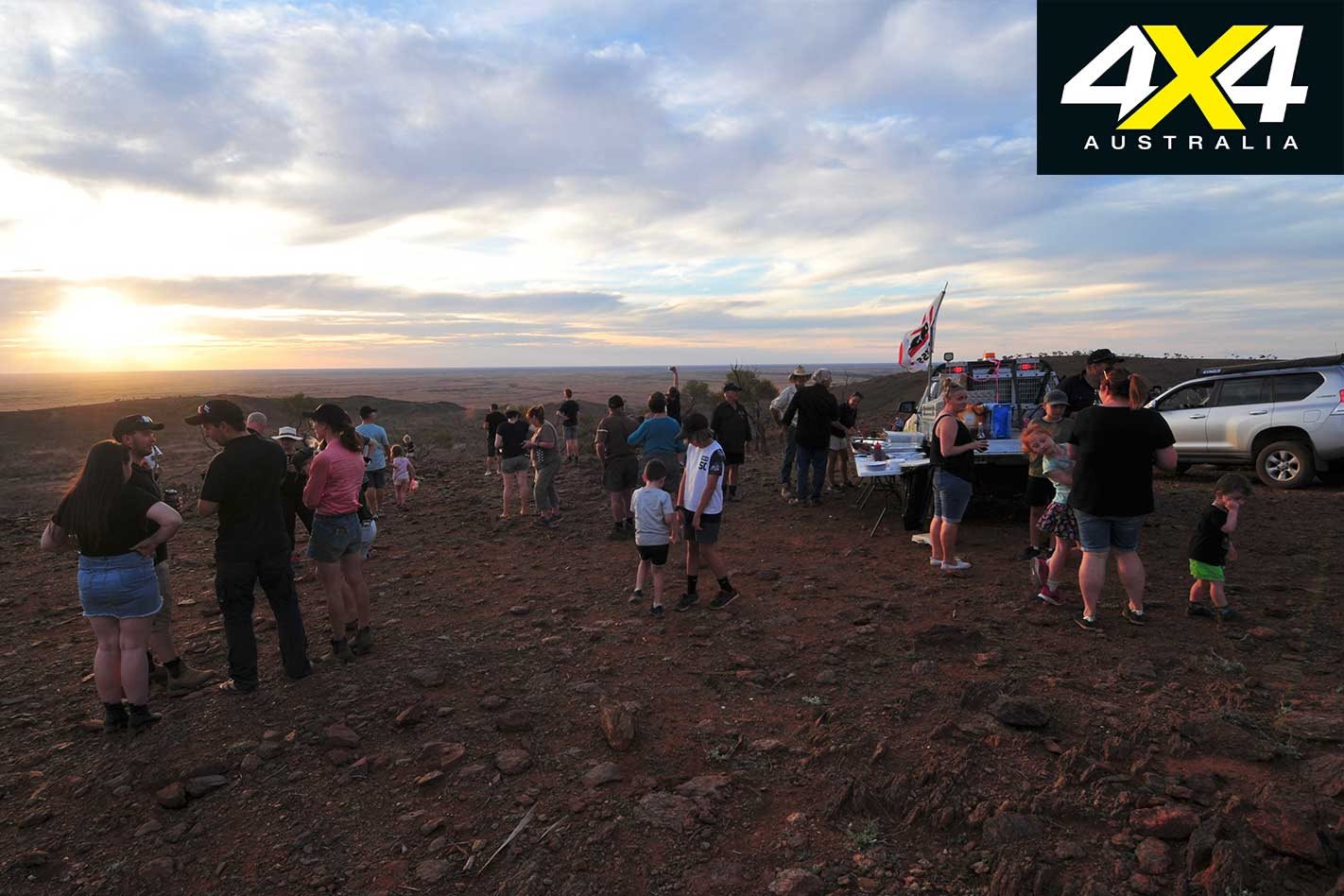 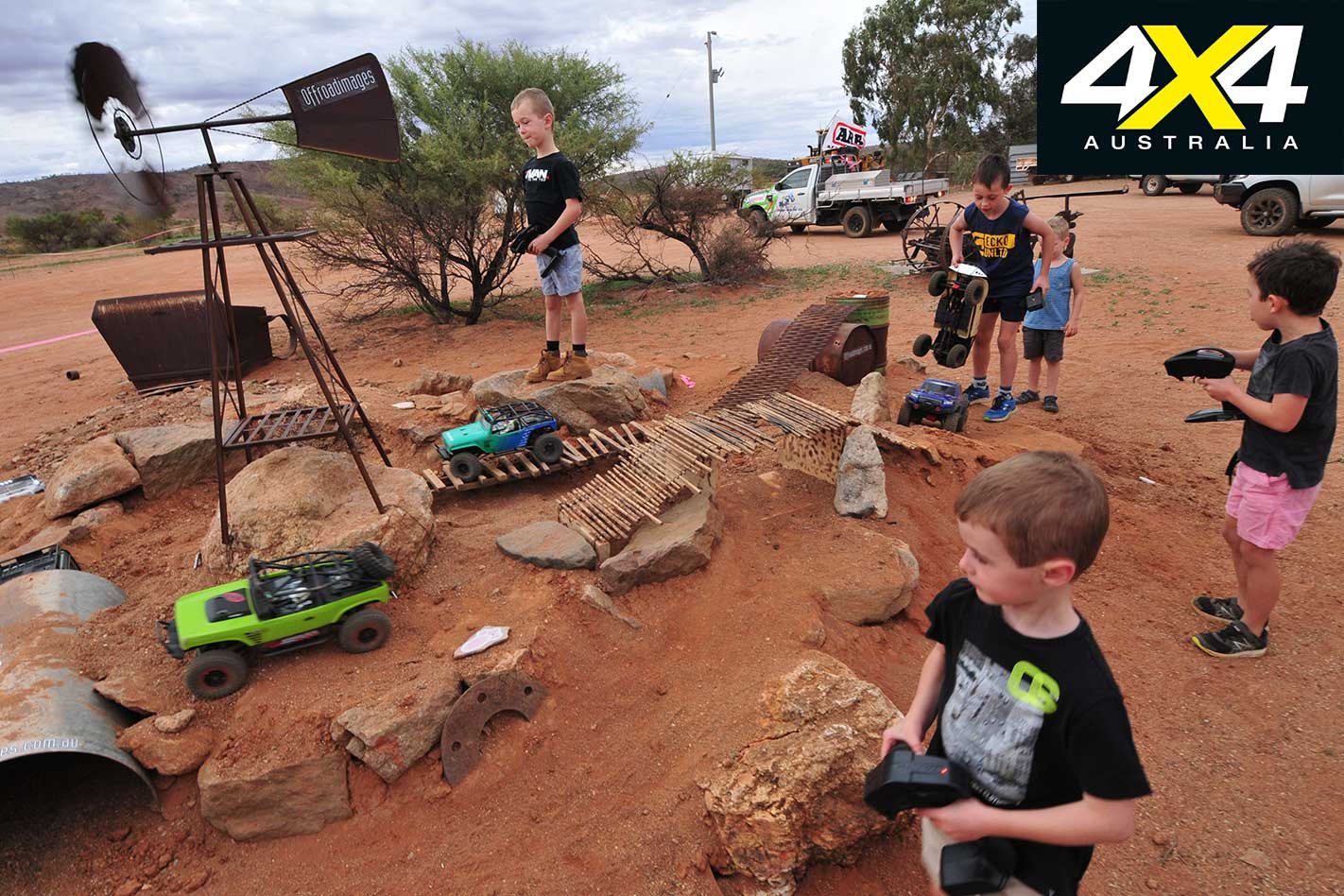 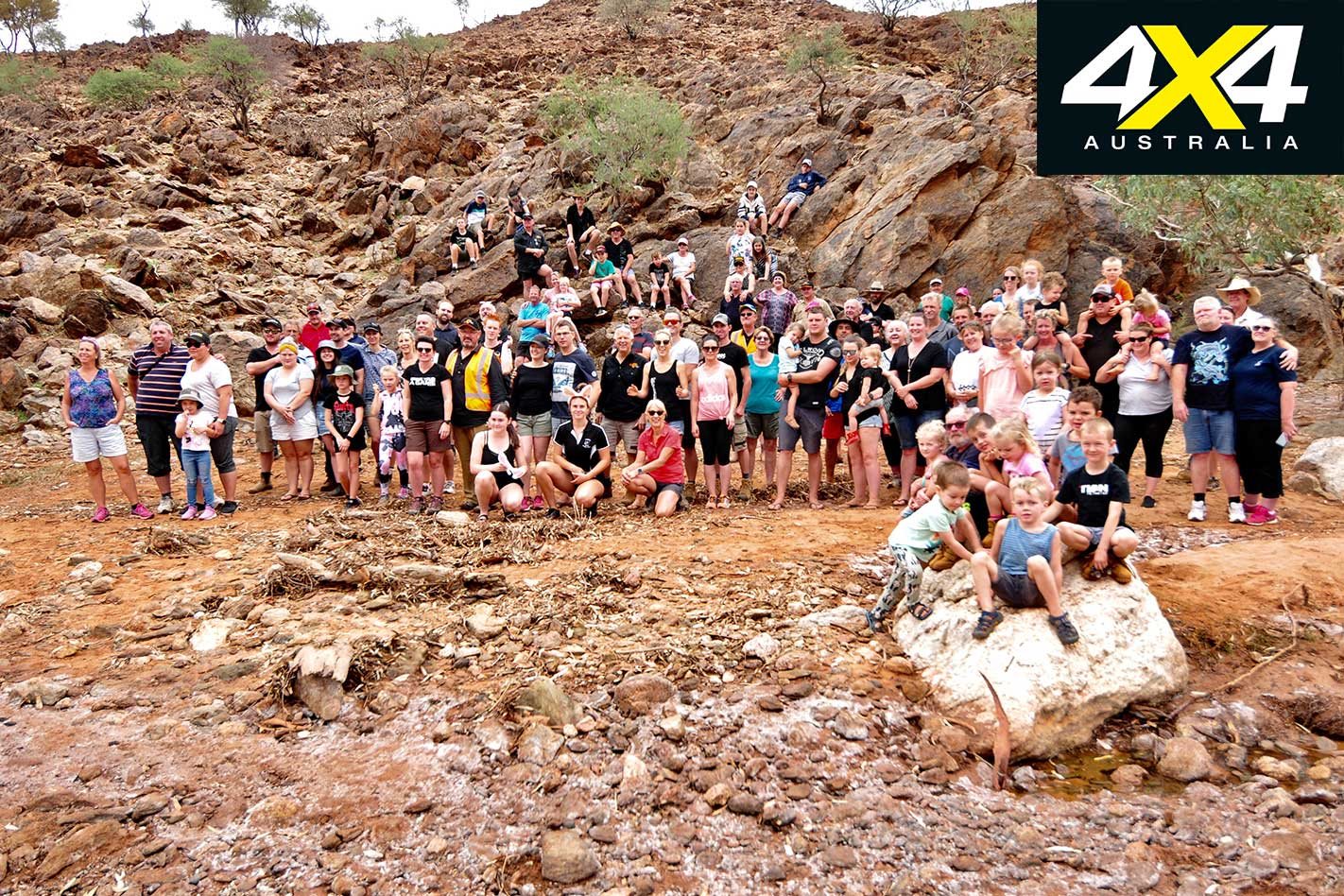 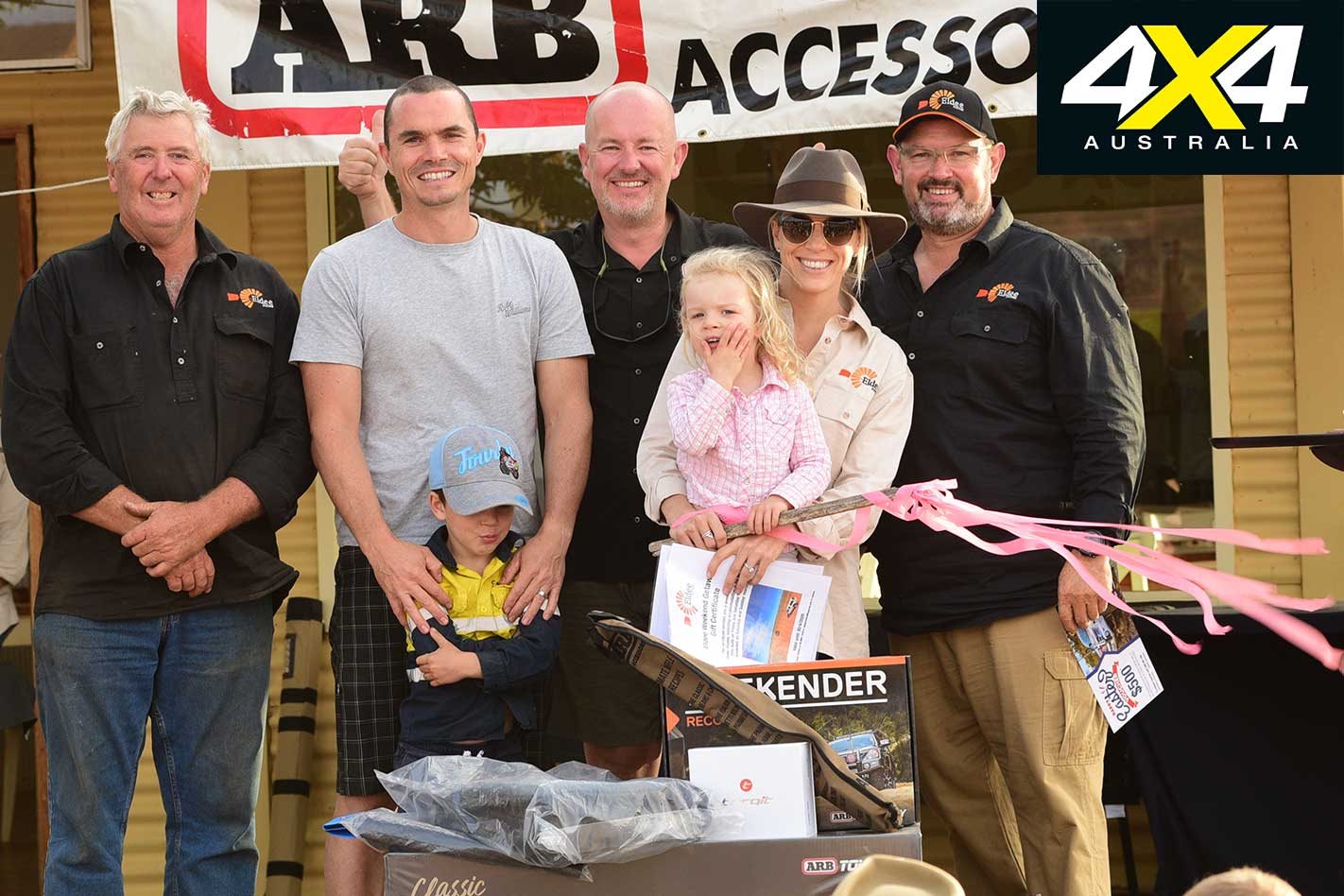 1 / 6 You need blind faith in your navigator for the Blind Man Run.