2017 Frankfurt Motor Show: Renault claims its Symbioz is like your living room on wheels

RENAULT has something of a reputation of building beautiful, dramatic show cars and then seemingly flipping a coin on whether it ever gets to production. The Renault DeZir and Alpine concepts came up heads, the Kwid and the Frendzy both lost the coin down the drain.

For Frankfurt, Renault has brought us the awkwardly named Symbioz autonomous electric car, which by the look of it wants to give the Audi Aicon a bloody nose. It’s a four-seat self-driving pod that Renault claims blurs the line between your lounge room and the daily commute to and from work. No, literally. Renault wants you to use the Symbioz as an extra living space inside your home.

“With Symbioz Concept, your car is no longer separate from your living space,” Renault said. “It has been designed as a genuine extension to your home.

“Shapes, colours, materials, features... Everything is designed so that you feel like you never leave your lounge while you are travelling. And when you do stay at home, your car becomes an additional room for your house. The welcoming interior and digital features are always at your disposal.”

Select the Symbioz’s Lounge mode when you’re on the way to, or back from work, and the front two chairs – they’re much more than simple seats – swivel around to face the rear ones.

The Symbioz also imagines a future when you’ll be able to plug the car into your house, using voice prompts to prepare it and drawing on the electricity stored in its batteries in times of high demand.

If Renault’s coin falls the right way, the Symbioz will eventually join the compact Zoe – tipped to come to Australia – and a battery-powered version of the Kangoo delivery van currently being trialled by Australia Post. Renault is keen to see what it can do to even potentially bring the Twizy to Australia if it can gain the government’s stamp of approval for it.

If the idea of a four-wheeled couch doesn’t appeal to you, thankfully Renault has pulled the wraps off its all-new Renaultsport Megane that sticks with hydrocarbons and reality instead of electrons and fantasy. 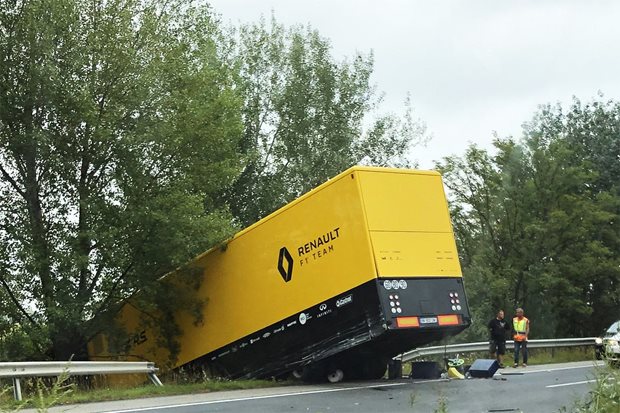