Despite Lamborghini’s attempt at maintaining a veil of secrecy over its upcoming 2019 Frankfurt Motor Show reveal, it was none other than the company’s own “Unica” customer mobile app that has given us the first glimpse of what to expect from the Sant’Agata car maker.

Posted by Instagram user bhp, the hybrid hypercar will be called the Lamborghini Sian, and based on the preview image, the model in question looks likely to be an Aventador-based special, rather than its replacement.

Hot off the press.... Lamborghini Sian is being announced tomorrow and the Frankfurt Motor show. #lamborghini #sian #newcar #announcement #bhp

While no technical specifications or performance figures have been quoted, online speculation is rife with rumours that the Sian will employ a hybrid system that will feature the use of the Aventador’s 6.5-litre atmo V12.

Some of the more speculative suggestions even mentions an 22kW electric motor being paired up to the Aventador SVJ’s 566kW V12 to put out a combined output of 800hp or 588kW.

As exciting as it sounds, these speculations run contrary to an earlier report where Lamborghini has mentioned that it has no intent of introducing a limited-edition hybrid model at the 2019 Frankfurt Motor Show.

The company instead have stated that its Aventador replacement will “debut electrification for the brand”.

Considering that the Sian looks more like an Aventador-based limited-edition model rather than a concept, and with the Aventador replacement set to debut in 2022, the Sian might be nothing more than another dressed up limited-edition special to see the Aventador off in its twilight days, much like how the Reventon was to the Murcielago.

Then again, as it is with the plans of many car makers, “Never say never”, and we will only know for sure when the doors open for next week’s 2019 Frankfurt Motor Show. 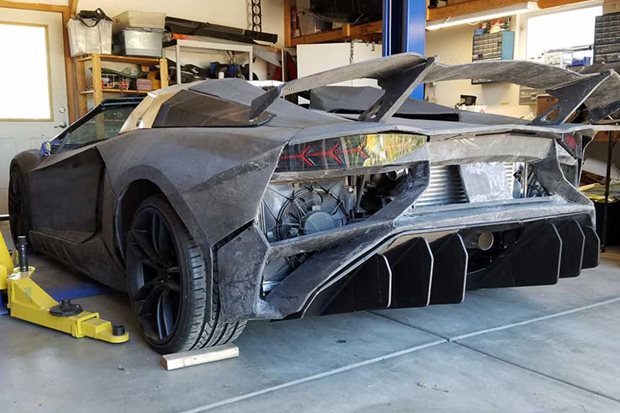