This is a Honda Civic, but it’s so far from the Civic you know. It’s got a V6 and a five-speed manual from an Acura CL (otherwise known as a Honda Accord), which is mounted behind the driver, and powers the rear wheels.

A rear-drive, mid-mounted V6-powered hot hatch sound familiar? This thing is straight-up Group B nostalgia. And you can buy it.

The 1984, or Gen 3, Civic here was built by a US hot rodder who was inspired by the Renault R5 Turbo, and you can actually buy his creation. 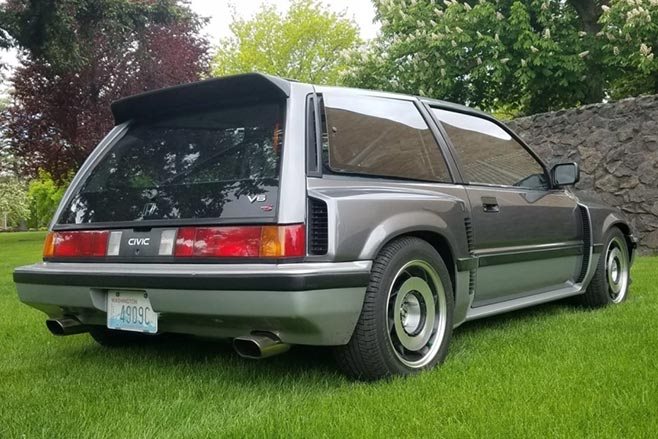 Andy Barcheck built this car in the late 1980s and early 1990s, before the car ended up being bought by its current custodian in 2008.

As the video at the top of this page reveals, the Honda J-series 3.2-litre V6 in the back isn’t the one Andy originally had in the car, but he’s seen it since the conversion and whole-heartedly approves.

In fact, he says it was built to handle more power and he’s glad it’s got it now.

Visually, the car is anything but standard. The Group-B-style widebody kit speaks to its mid-engine nature, while some updated elements like the lights give the car a less tired look.

Its turbine (salad-shooter, if you like) wheels are straight out of the 1980s in terms of styling, so suit the car well. 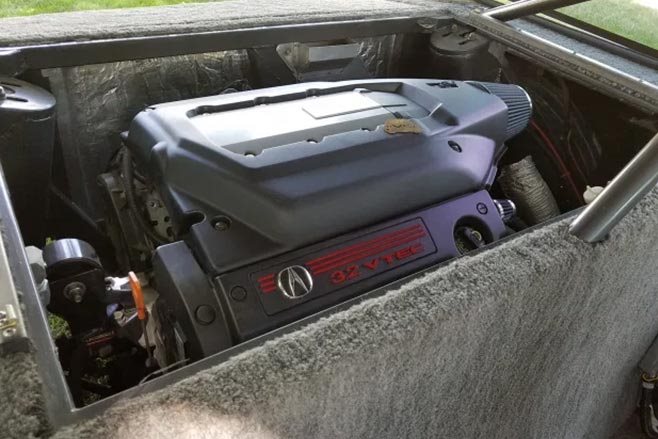 The brakes behind them are from a Chevrolet C4 Corvette, which is appropriate given the wheel style, while other modifications such as the fuel tank relocation and custom chassis are all due to the layout conversion.

Currently, the ‘Hondura’ V6 is up for sale on BringaTrailer, with four days to go in the auction.

Its current US$35,250 bid translates to around AU$47,600, though we suspect it’ll climb much higher than that. 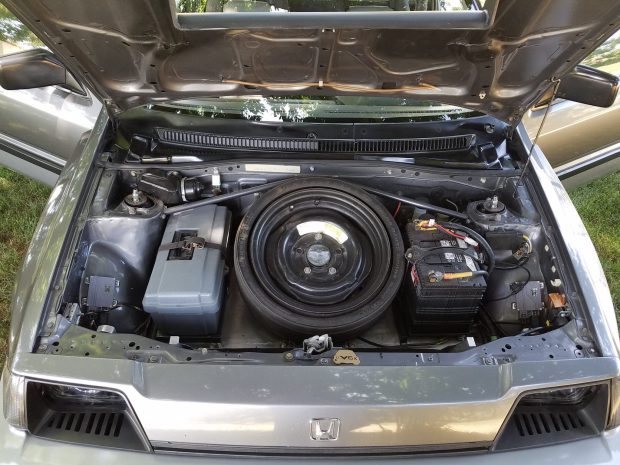 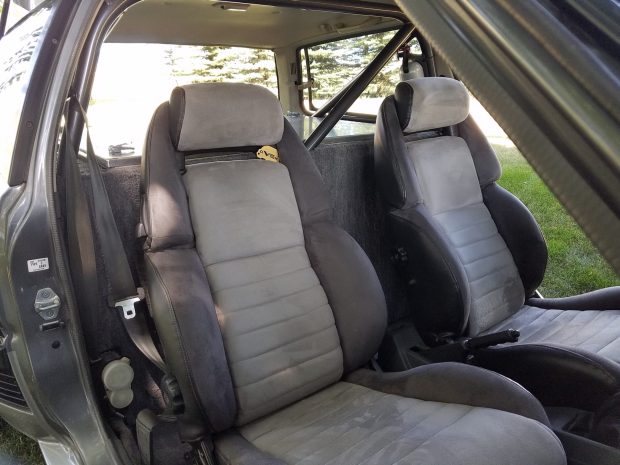 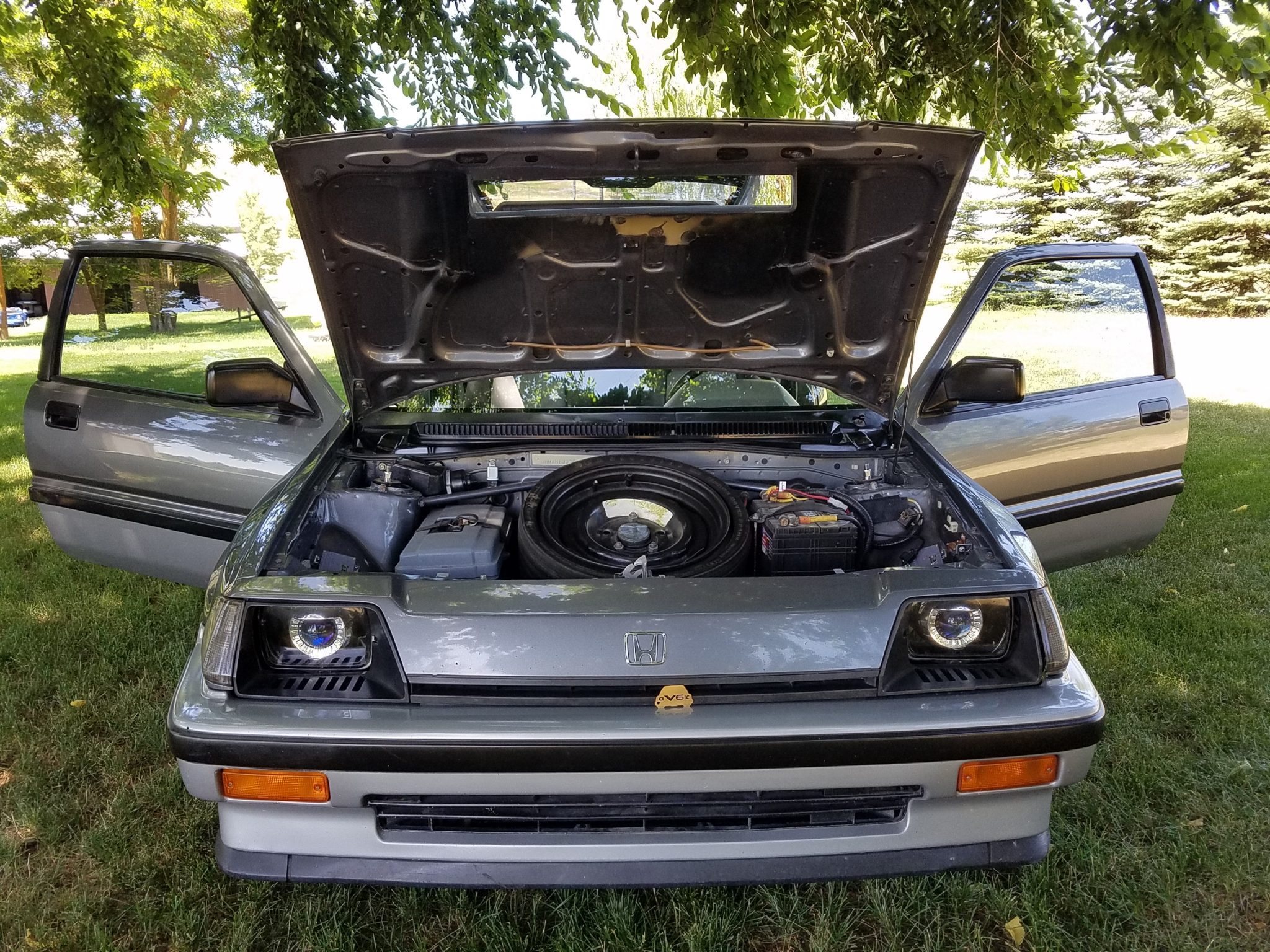 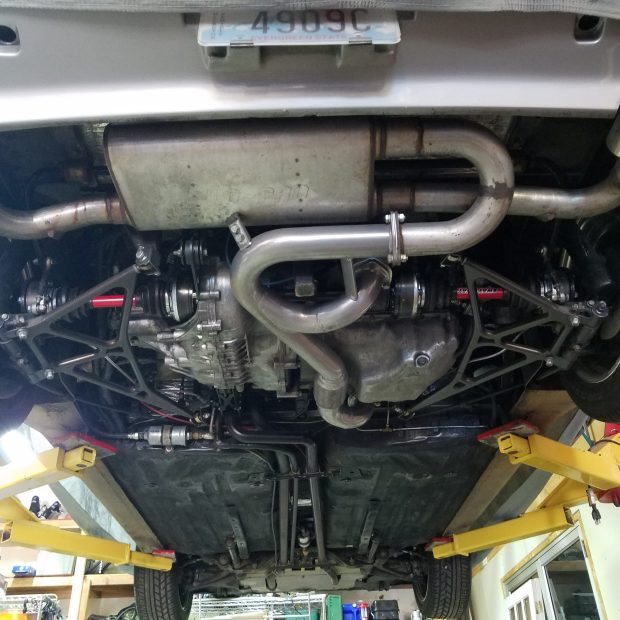 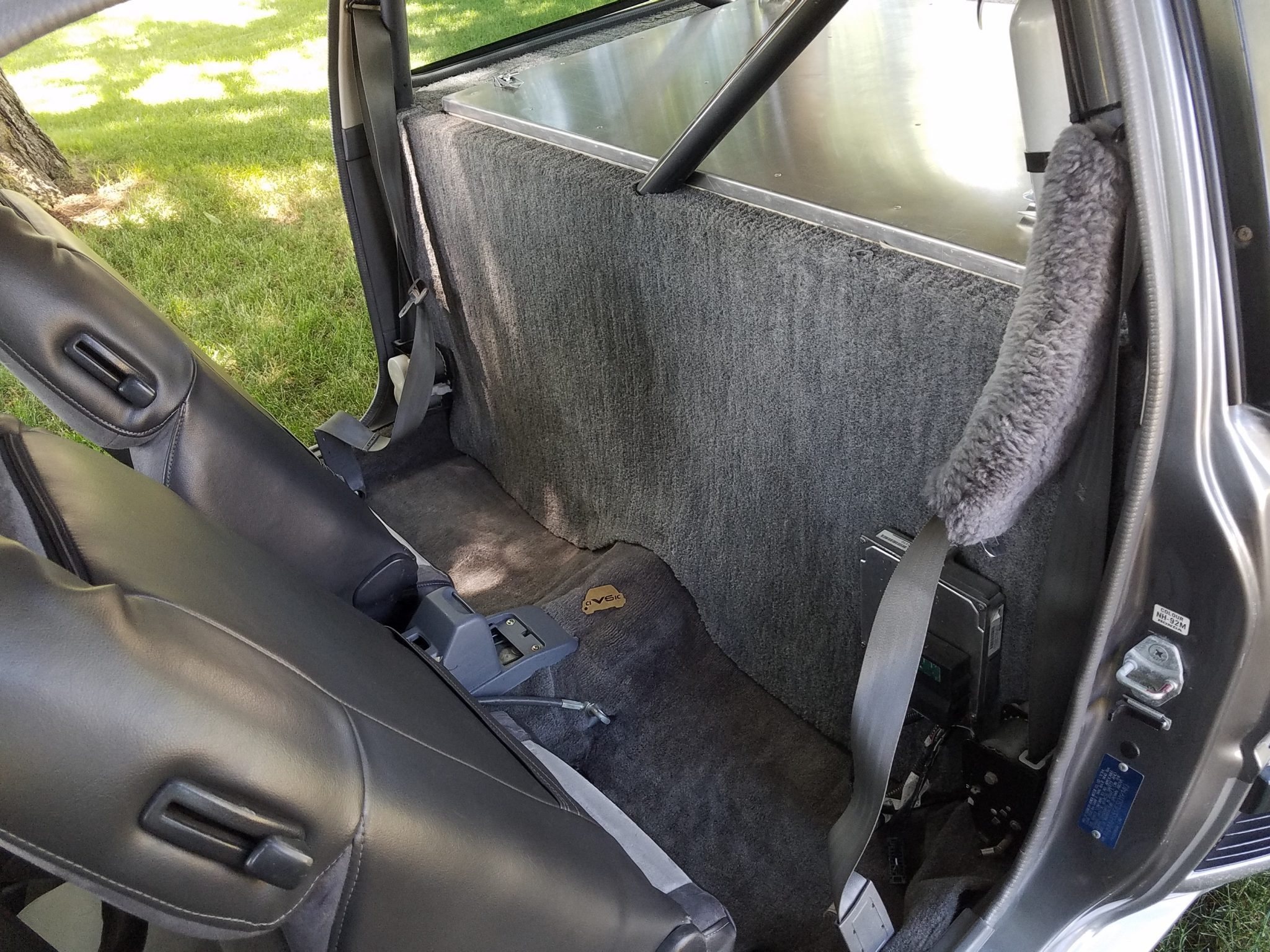 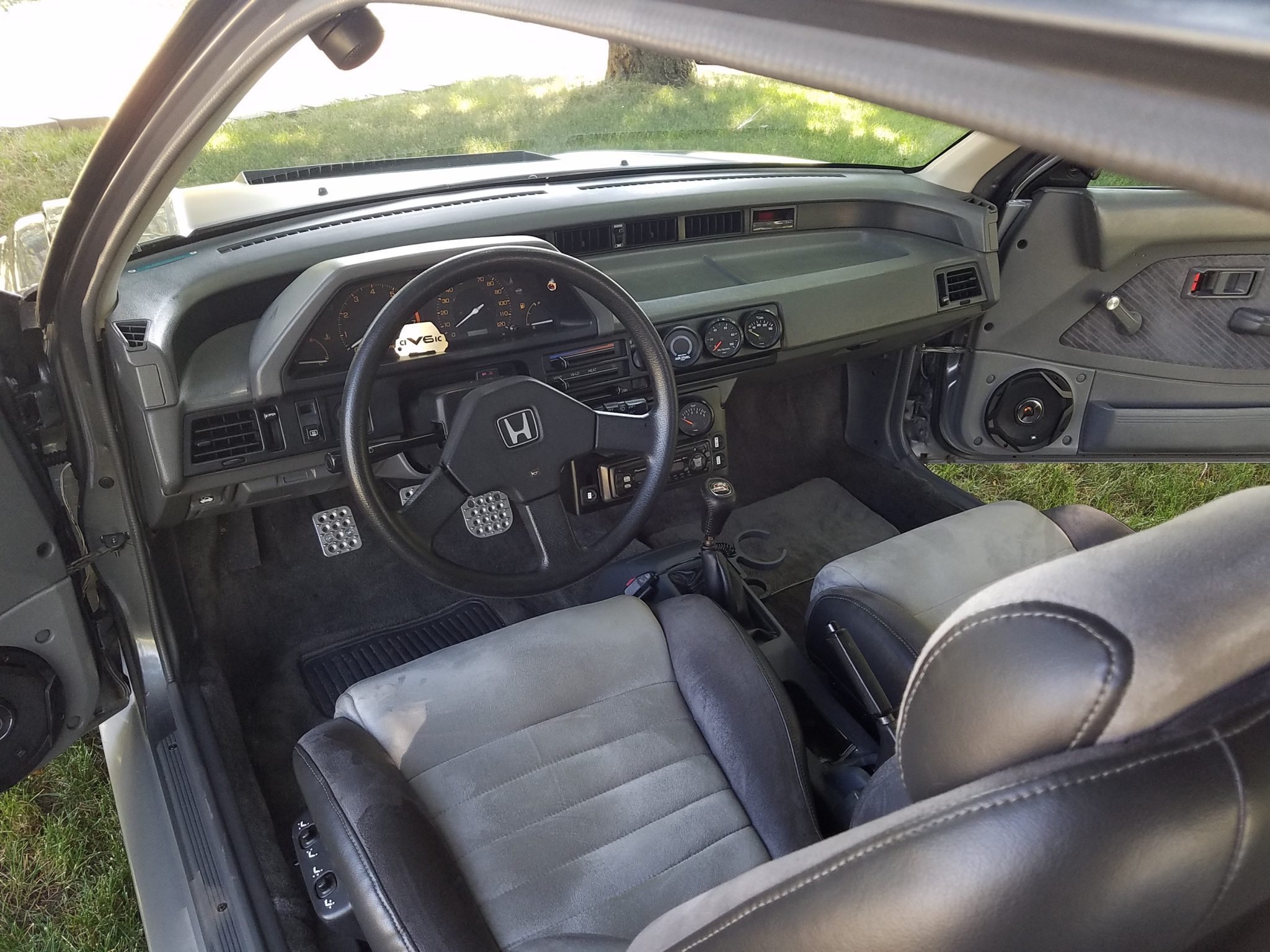 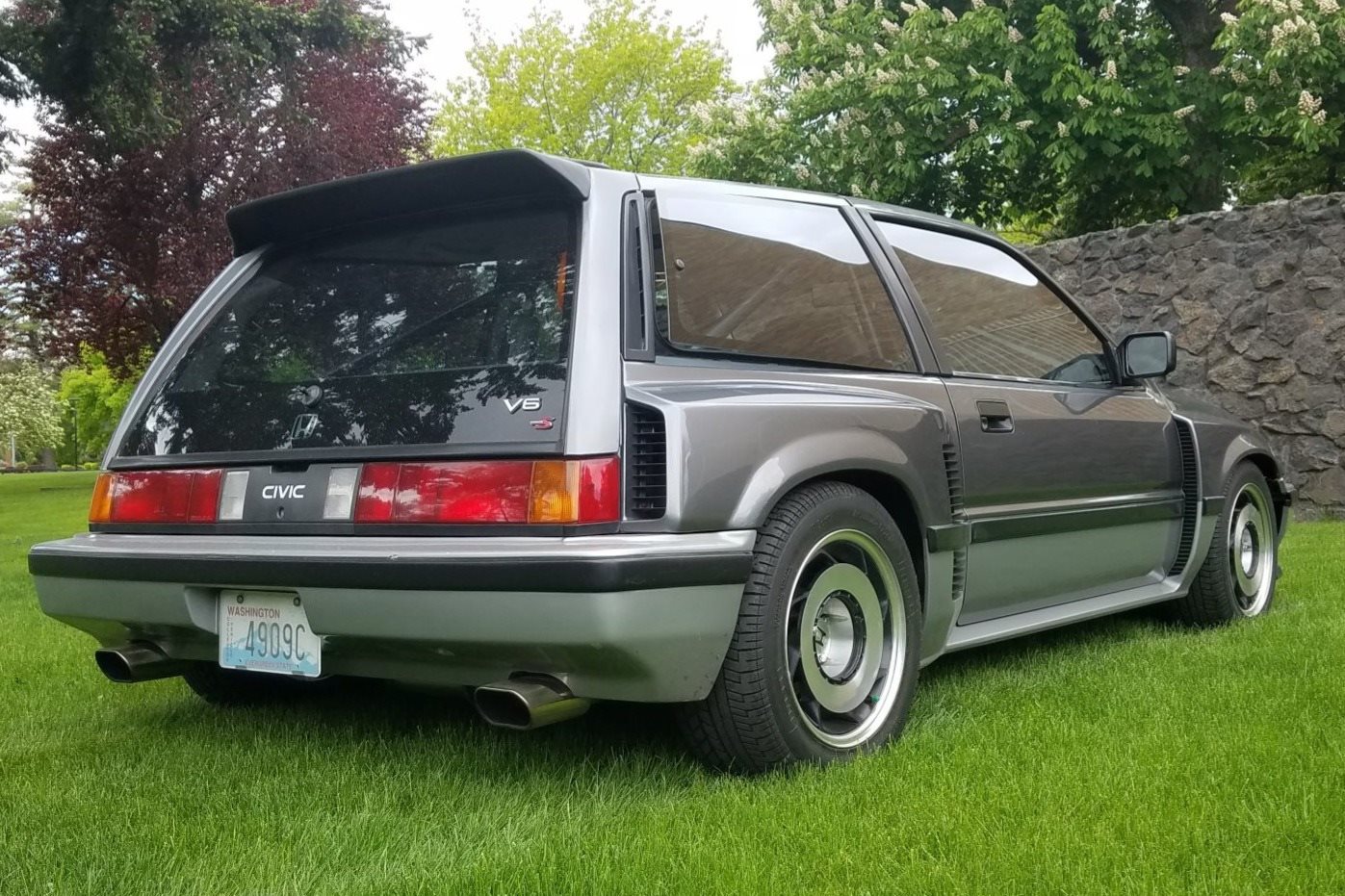