Is the Mitsubishi Triton about to add a “Predator” badge to its Aussie showroom?

MITSUBISHI could be the next brand to start swinging punches in the muscled-up trade ute brawl, hinting that it wants to bring out a version of its Triton named the Predator.

However, if it does enter the fray, the plumped-up Triton is expected to use a number of visual and off-road focused enhancements, just like the HSV-badged Holden Colorado SportsCat – rather than the seriously performance-oriented Ford Ranger Raptor’s muscled-up driveline.

Mitsubishi formally lodged an application for the Triton Predator trademark last week. A decision on granting the name to the Japanese car maker isn’t due until October, shortly before the highly anticipated, hi-po twin-turbo 2.0-litre diesel Ranger Raptor arrives in Australia. 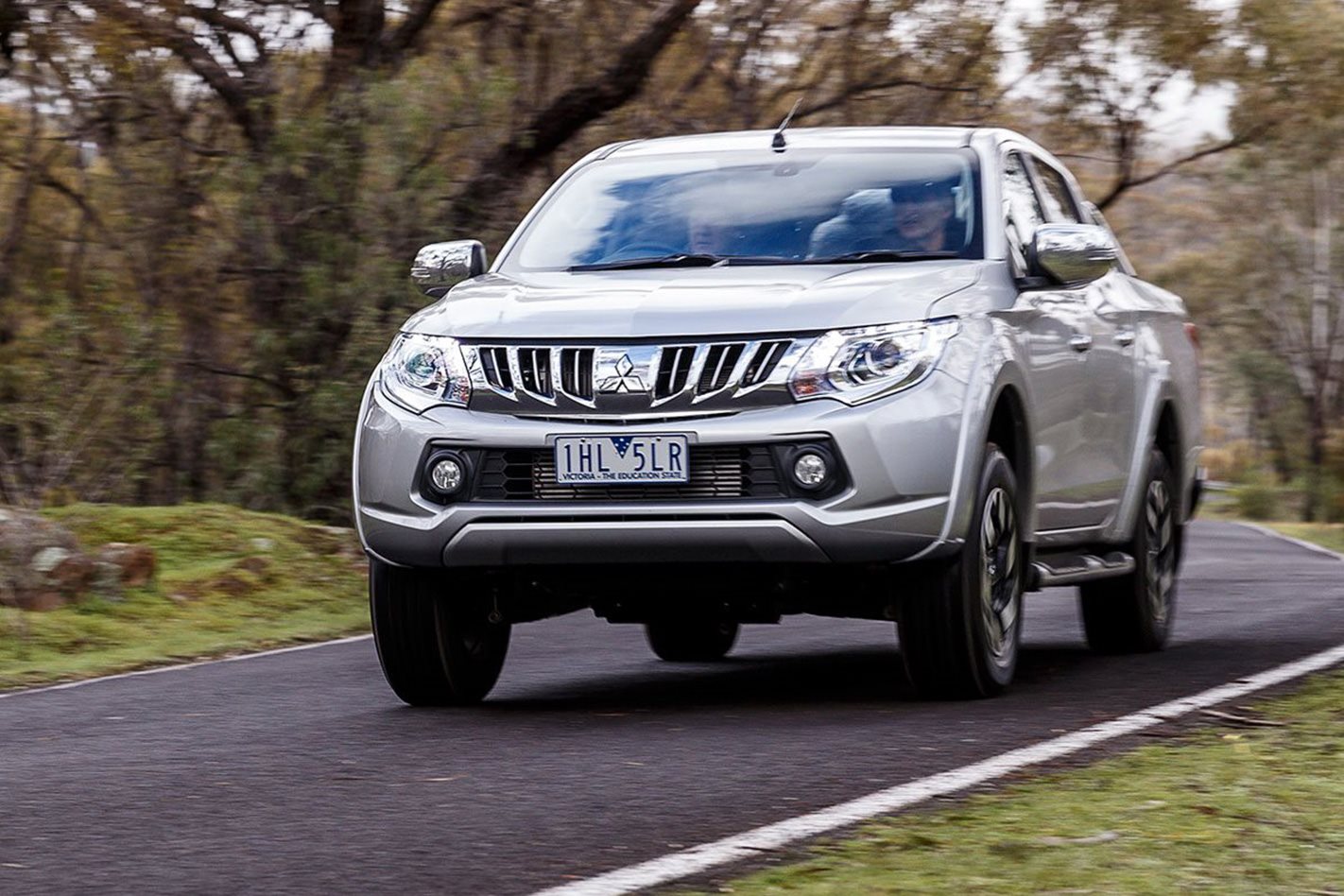 The trademark hints that at the very least, the Triton Predator could receive a more hardcore off-road suspension set-up. The more aggressive trade ute could also tap the talents of Finke Desert Race/Dakar Rally winner Toby Price, who is an ambassador for the brand and has also campaigned the Triton as part of a factory-backed team fighting for the debut SuperUtes championship.

The SuperUtes version of the Mitsubishi – based on a roadgoing entry-level Triton GLX – includes a controlled rear suspension with adjustable SupaShock dampers, a Tremac six-speed gearbox (keeping a H-pattern) and a heavy-duty clutch. The race ute’s 2.4-litre engine is also highly modified, including significant changes to the turbocharger including its intake manifold and intercooler, a larger radiator and a modified sump to provide around 260kW and 550Nm, well up on the standard ute’s 133kW/430Nm.

READ NEXT: 2018 HSV SportsCat makes its first pitch at buyers

Australia is fast shaping up for a top-end trade ute showdown. Joining the SportsCat and the Raptor soon are TRD-badged versions of the Toyota Hilux that will draw on visual appeal rather than underbonnet poke, the HSV-fettled Chevrolet Silverado that will fight for buyers against a number of other companies that import left-hand-drive versions of the light truck and convert them to right-hand drive, and the Mercedes-Benz X-Class that will add a more powerful 3,0-litre V6-engined version, to sell alongside the twin-turbo 2.3-litre four-cylinder version, late this year.

Volkswagen also has a 3.0-litre V6-engined version of the Amarok on sale in Australia, and has featured limited-run versions of the 2.0-litre utes – the V6 version will potentially soon introduce a special "Dark Label" edition featuring matte black exterior highlights that has been rolled out to four-cylinder models. Likewise, Isuzu allows buyers to add motorsport-inspired gear to their D-Max ute, including track-proven silicone hoses, a beefier suspension system and a sports exhaust.

The Ford Raptor Ranger will become Australia’s most expensive trade ute when it arrives later this year with a $74,990 price-tag. That makes it more expensive than the $65,000 entry-level HSV SportsCat, the $68,490 Volkswagen Amarok 550TDI and even the headline $72,000 HSV SportsCat+.  Once it arrives the high-end V6 version of the Nissan Navara-based Mercedes-Benz X-Class – which will sell at a significant premium over the range-topping, $64,500 four-cylinder version – is expected to stand near the top rung of the expensive tradies’ ladder.