Replacing the Cayenne S safety car for the rest of this year’s Supercars championship is the Porsche 911 Carrera 4S.

The all-wheel-drive Stuttgart ex-pat will begin its run of duties this weekend at the Townsville 400, where practice is already underway. 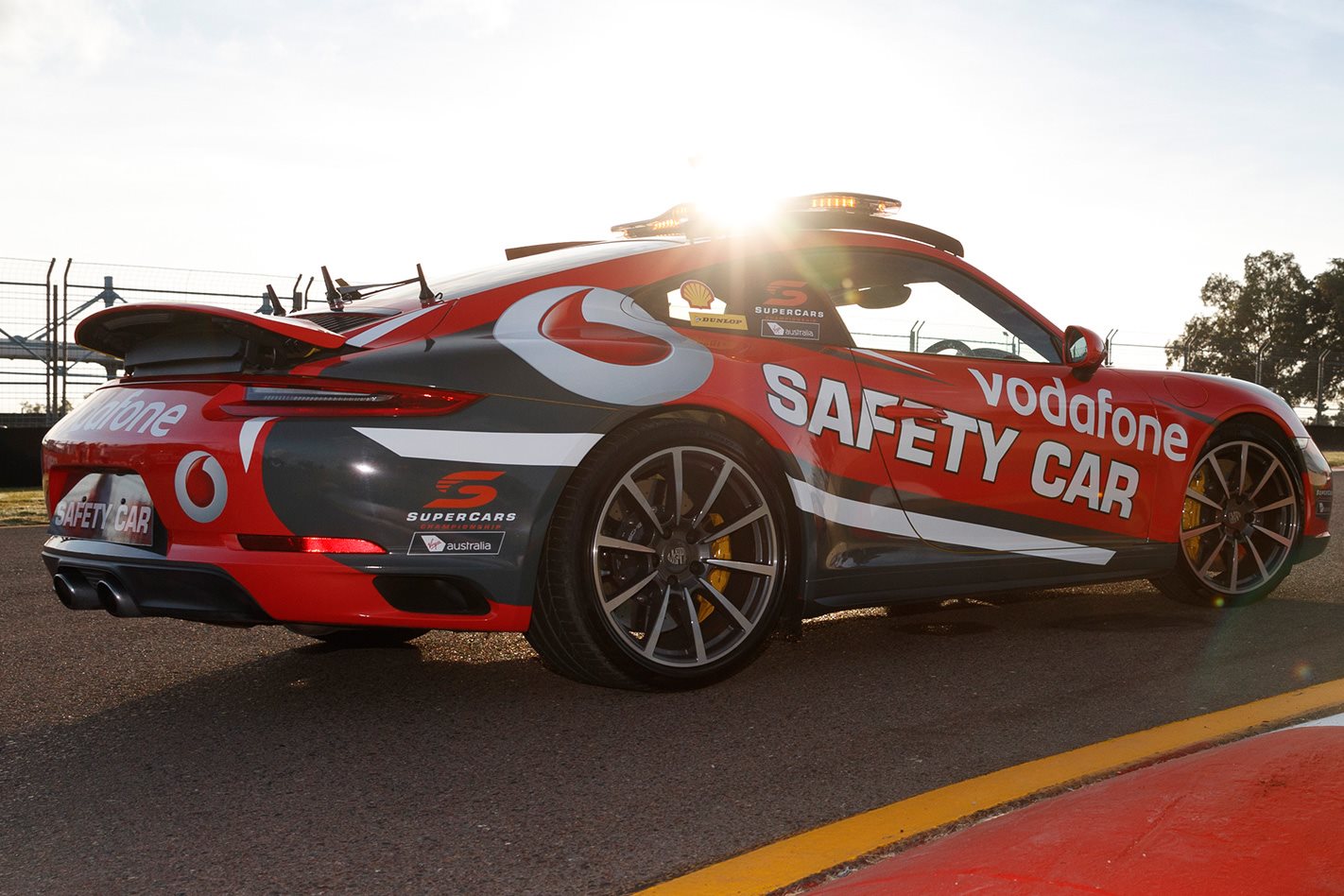 The current Carrera 4S pumps out 309kW and 500Nm thanks to its 3.0-litre flat six, which is helped along by two turbos.

With the 7-speed Porsche dual-clutch (PDK) and launch control, the Carrera 4S’s 0-100km/h dash takes a claimed 3.8 seconds, which Porsche says should be good for a “rapid exit of pit lane”.

The all-wheel drive system and adaptive Porsche ‘Active Suspension Management’ chassis in the Carrera includes rear-axle steering which comes from the 911 Turbo (and the GT3), which Porsche adds “provides a greater spread between fast paced sporty circuit and relaxed long-distance driving”. 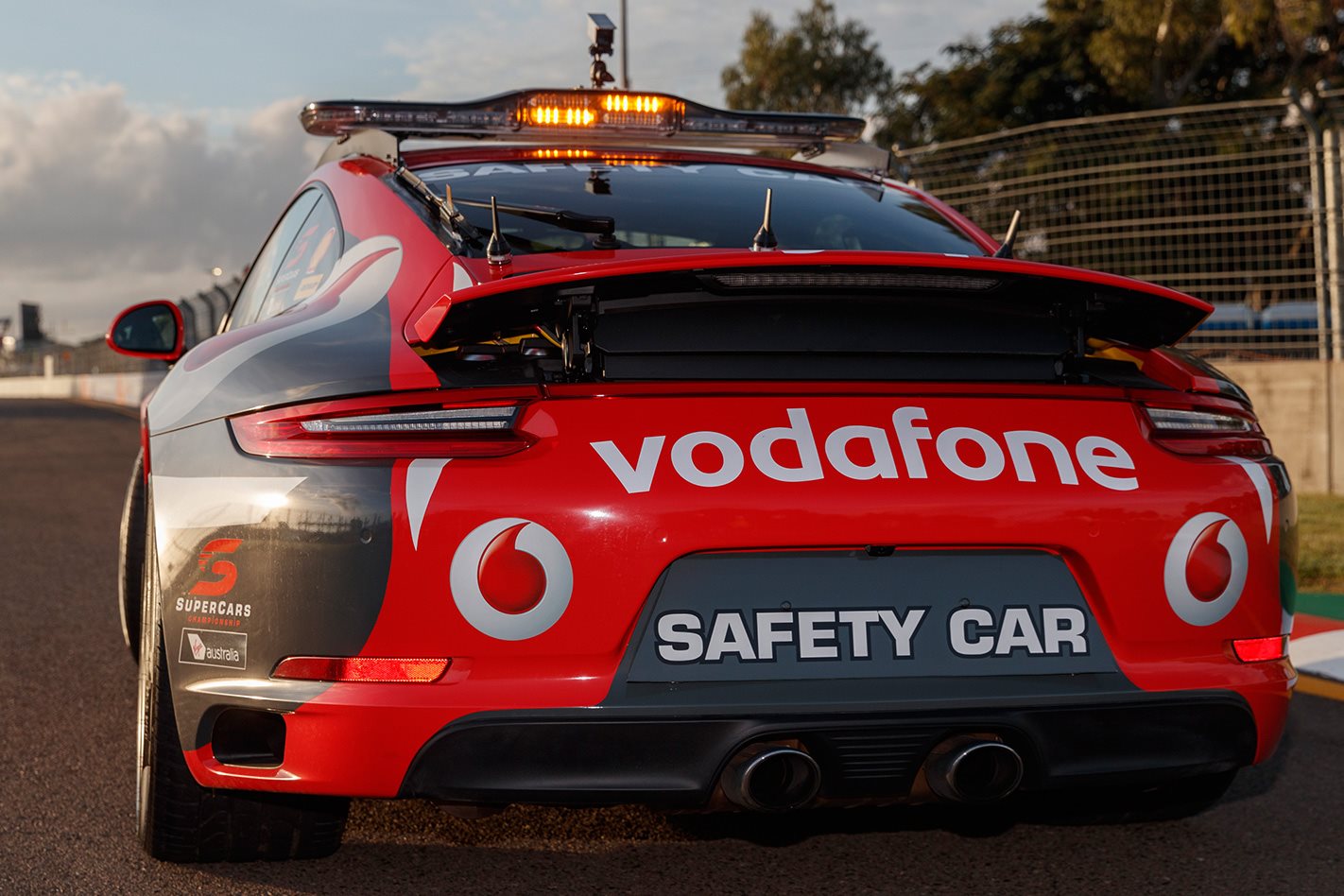 Not that we really want to see the Carrera testing out its long-distance ability on the track this weekend.

Porsche Australia director of PR and motorsport Paul Ellis says the 911 will be a perfect fit for Supercars, as the brand has long run side-by-side with the championship.

Opinion: What next for V8 Supercars

“We’re thrilled to supply the impressive all-wheel drive 911 Carrera 4S Coupe to Supercars for the remainder of the 2017 season,” says Ellis. 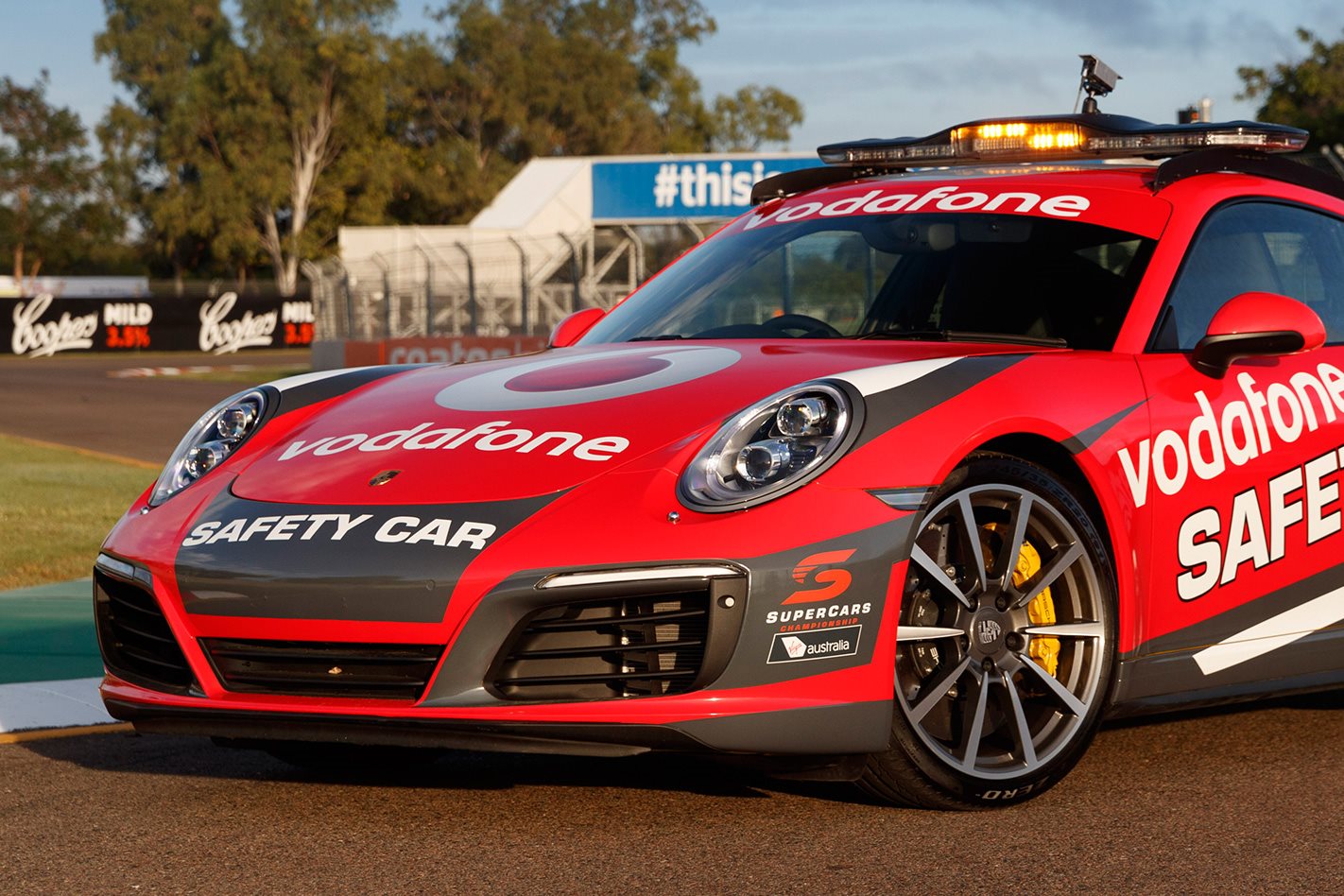 “It's great to showcase our most iconic sports car – the 911 – at the head of the Supercars field.

“The newest generation 911 Carrera 4S is a brilliant example of Porsche engineering and will be more than up to the task of performing its role as the Supercars safety car for the remainder of this season.”

Qualifying at the Townsville 400 starts early Saturday afternoon, before Race 13 at 4pm and a repeat of that on Sunday, with the Top 10 Shootout taking place before Race 14.