Social media is a great place to look for ideas for your next great 4x4 adventure.

We all dream about throwing in the job and setting off on the 4x4 adventure of a lifetime, don’t we? Don’t tell me I’m the only one.

The idea of setting off with no deadline, no real plans and not a care in the world sounds like paradise to me. Just pick your direction – clockwise or anticlockwise – and hit the road for a lap around Australia.

Australia has so many amazing places to explore and visit that you could travel around it your entire life and not see it all. And then there’s the rest of the world to explore!

Unfortunately, very few of us have the time or money to embark on such travels, and even those who do usually set themselves a time limit of some kind that they have to adhere to. A month, six months, a year; you’re only limited by your budget and sense of adventure.

Instagram is a great place to find inspiration for such long-term adventures as there are plenty of folks there sharing their own trips around the country and around the globe in their 4x4 vehicles. Two such folks that caught my attention are Grommy and Twain, and you’ll find them at @thealternateroad on IG. Actually, it was their Troop Carrier called Bruce that caught my eye first as it’s a great example of a well set-up expedition vehicle. Check out the feature on Bruce in the October 2019 issue of 4x4 Australia and follow their travels on IG. 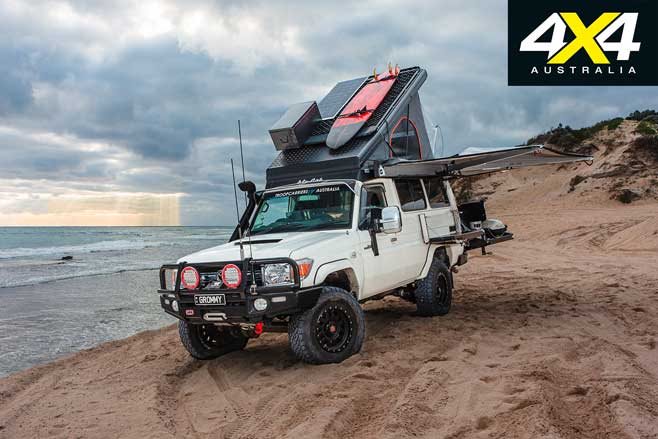 Another adventurous couple that I have been following on IG for a few years hail from the United Kingdom, but it’s their South American travels that I’ve been enchanted by.

@travel_beasts are also roaming in a Land Cruiser 70, but theirs is a mid-wheelbase 73 Series, so they’ve been forced to do things a little differently when living out of their mini-Troopy. At present they have the Middy back in the UK where a camper back is being manufactured from scratch and fitted to it, while many repairs are being done before they set off again on their next adventure. They sure do take the not-so-popular roads, so I’ll be interested to see where they get to next.

Wherever you find your inspiration, whatever your budget and even if you can only afford a long-weekend away from work, get out there and make the most of it.