Will your new Carrera S thump and slap around town? Um yeah, they all do that. Ain’t it wonderful…

I HAD A Porsche 911 recently, and took a mate for a drive. A smooth-as-butter black Porsche 911 Carrera S, with PDK transmission and Turbo wheels. They were the first things he commented on as we meandered along the Princes Highway in Melbourne traffic, stopping, starting and doing it all over again. “The ride’s pretty harsh,” he said matter-of-factly.

Wouldn’t have gone that far myself, but I saw his point. It’s a firm ride. That cabin is as tight as Donald Trump, and the steering wheel is a throwback to a simpler time when stereo and trip-computer buttons were standard fare on the spokes. 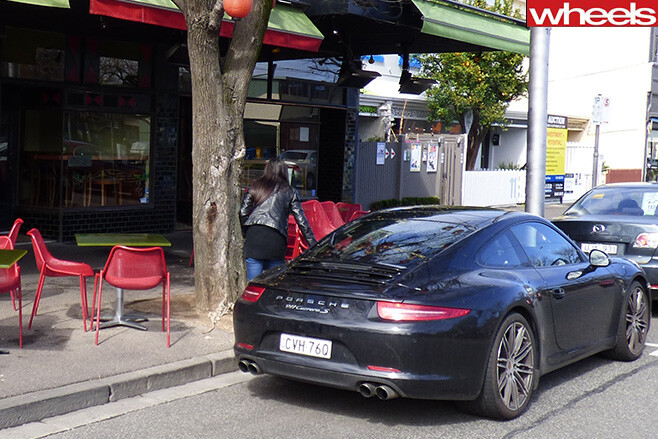 We parked in front of a fashionable coffee shop. The 911 looked right at home among stores selling overpriced baby clothes, and hipster barber shops. Walking back, caffeine in hand, I noticed that it didn’t even have keyless entry.

In fact, this car didn’t have shit. Not on paper.

“The funny thing is, most blokes who buy these cars are in their 50s,” says mate, “and they’ll never get near what it can do. So maybe they should soften the ride a bit, make it more comfortable.”

No way. That’s a bad idea. The 911 is The Car. It’s the machine people buy for what it can do and what it represents, not for what they can actually achieve in it. 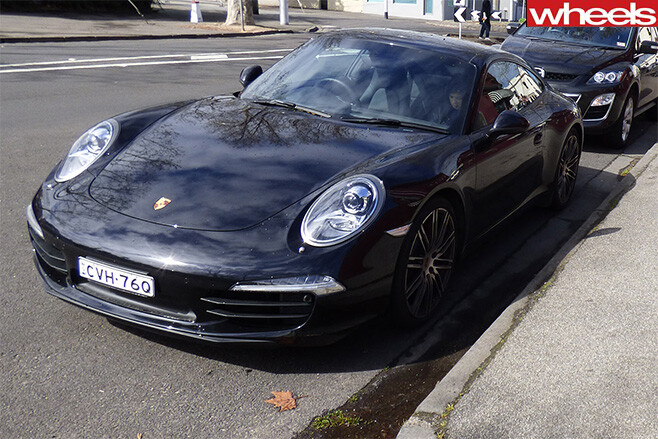 Fifty-shades-of-grey buys it because it’s a brilliant sports car, and because he’s seen Wheels slide the thing sideways at a track. He buys it because journalists rave on about purity, balance and cohesiveness. And not only in terms of the genuinely iconic Porsche’s design, but for its engineering and dynamics.

To soften the 911, to replace those chiropractor-backed wheels and springs with something as delicate as its owner’s spine, would be to destroy the 911’s essence. And, while that buyer may be far more comfortable in a Mercedes S-Class with airbag suspension to cushion his or her ego, an S-Class doesn’t garner the adoration, respect and lust that the Porsche 911 has earned. So even if it is not the ergonomic partner that some other luxury cars are, none of those can match the complete 911 package. 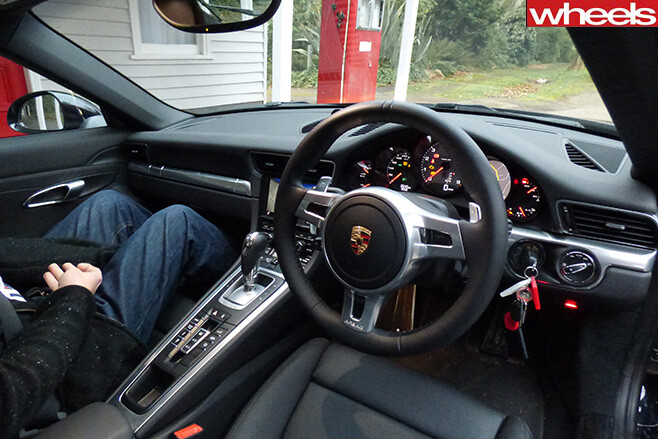 When was the last time you heard someone called an idiot for buying a 911?

In the UK recently, an editor of a particular magazine bought a 996 911 GT2. You know, the one with the fried-egg  eyes, my least favourite generation 911. Around the same time, another magazine’s buyer’s guide called the 996 the worst GT car Porsche had ever made. To me, that’s like debating Shakespeare’s worst play, or Usain Bolt’s least impressive gold medal. Yes, this black on black Carrera S costs $251K and has less equipment than cars one-fifth the price. I don’t care. Because, with the 911, it’s not about what it has. It’s about what it does. And I wouldn’t change any of it.

Porsche has confirmed a new generation of turbocharged engines will power the 911 into the future. Read more here.