Formula One suspension technology in a mass-production ute? You bet!

IT IS a read-it-and-weep story if you’re a Holden fan, and it’s called the Chevrolet Colorado ZR2. It’s a brand new off-road-modified Colorado ute made in the USA, but only for North American markets. Effectively it’s showroom and off-road custom all in one.

The core vehicle is our Colorado, diesel and all – a new engine to the US market – but it also comes with a petrol V6 teamed to a new eight-speed automatic. 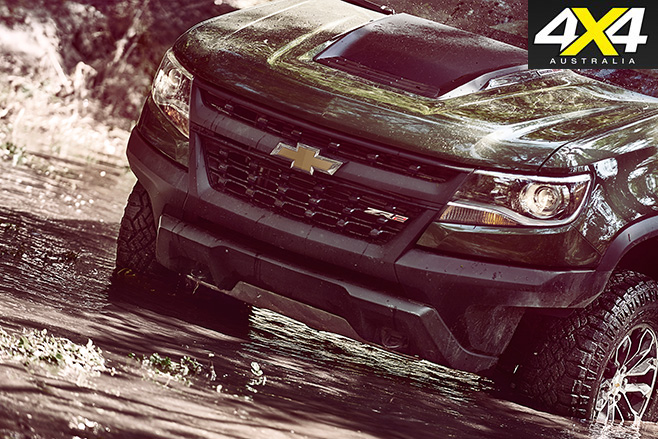 But that’s only the start of things. It also gets driver-switchable front and rear lockers, where our Colorado doesn’t even get a rear locker let alone twin lockers.

The ZR2 also gets Dynamic Suspension Spool Valve (DSSV) damper technology, which only a few years ago was the stuff of Formula One, specifically the Red Bull F1 cars that won the driver’s and constructors’ championships from 2010 to 2013. DSSV is also seen up and down the pit lane at the Le Mans 24 Hour and has been used in high-end sports cars such as the Aston Martin One-77, the Ford GT and GM’s own Camaro Z/28. 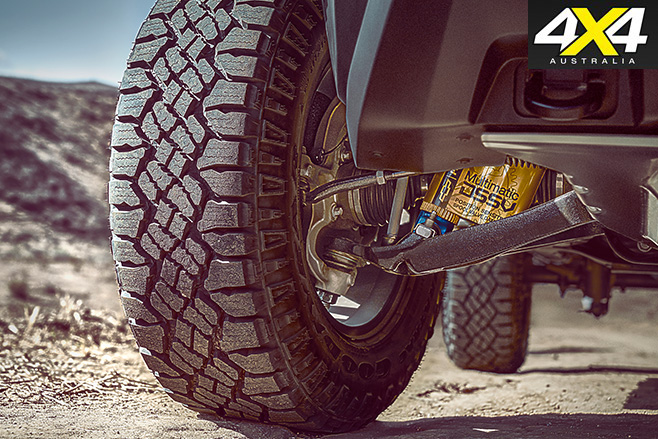 The DSSV technology comes from Multimatic, a Canadian engineering company that supplies the automotive industry with specialised parts and services. DSSV is notable for many reasons, not least for being relatively simple and very cost effective given the high level of sophistication. The fact that F1 technology of just a few years back can be made affordable for a production car tells the story.

The DSSV’s so-called ‘spool’ valves are small metal cylinders, roughly half the height of the common C-size battery, that replace the flexible shims used in conventional dampers to control the damping force. The cylindrical spool valves have various ports that control the flow of the hydraulic fluid and therefore the damping force. More importantly, the
shape and the size of these ports can be varied almost infinitely to produce the required damping force.

The machining of these ports is done using fine-control robotics. Multimatic has special software that allows the damping characteristics to be defined by numerical values, which are then used to determine the subsequent port machining in the spool valve. 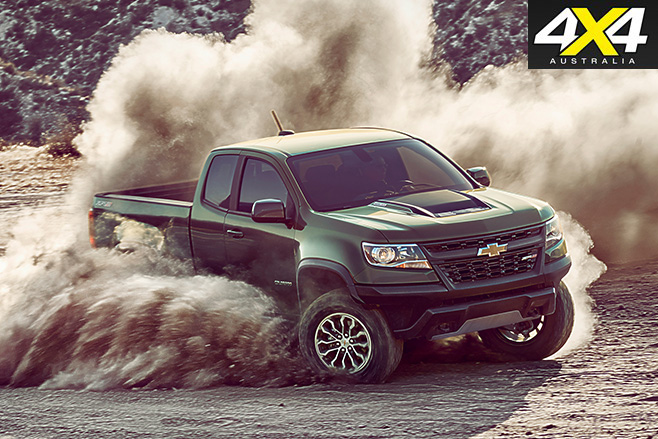 The client company, in this case GM, specifies the separate rebound and compression damping curves it wants as a starting point for suspension tuning, and Multimatic feeds that data into its software. In the case of the ZR2, Multimatic apparently then ran 15,000 simulations before a single part was machined, thereby reducing the real-world tuning and development time to a quarter of that normally required for a manufacturer to sign off on a suspension tune.

An added benefit of using these machined spool valves compared to flexible shims is that they are easily produced and have virtually no variation from part to part, which is a problem with conventional dampers where damping force can vary by up to 10 per cent between two supposedly identical dampers at mass-production tolerances. Typical DSSV dampers use one spool valve for compression damping and a separate spool valve for rebound damping.

The ZR2’s system builds on this by employing two different compression-damping spool valves, one for normal road use and a second that automatically comes into play for high impacts on the front end when landing off something like a jump or hitting a deep washout at speed. That means the suspension can be fine-tuned for both road driving and hard off-road driving without one compromising the other. 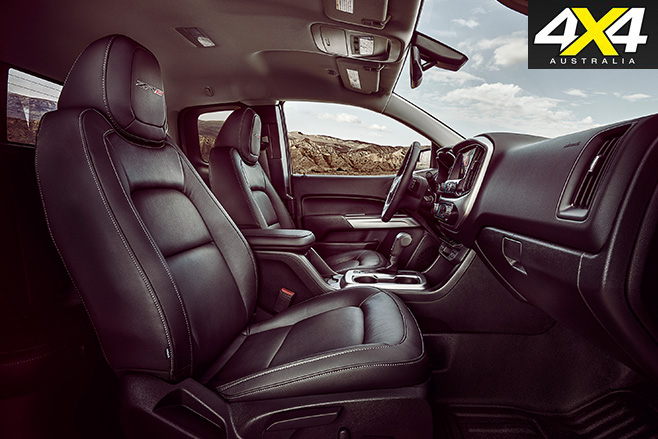 Interestingly, GM didn’t wish to use its electronically controlled ‘MagneRide’ variable damping system (see below) on the ZR2 as it is reportedly more heat sensitive and more complex than DSSV, which has no electronics and is less impacted by temperature and damper fluid viscosity.

Will all this come to a Colorado near you anytime soon? Probably not, unfortunately. The ZR2 is produced in left-hand drive for the US and Canadian markets. Our right-hand drive Colorado is built in Thailand. Not that they couldn’t build a ZR2 in Thailand given most of the parts are add-ons with only the lockers requiring re-engineering work. Better go complain to your local Holden dealer.

GM first introduced ‘MagneRide’ variable damping in January 2002 in its upmarket Cadillac brand and has since used it widely via various updates. The system was developed by UK-based automotive parts supplier Delphi Corporation, originally a spin-off from GM, but by that time a fully independent company in its own right.

By altering the electric current to the electro-magnetic coil, a magnetic field (of varying intensity) can be created, which causes the iron particles to cluster and restrict the flow of the damping fluid through the damper’s oil passages, which in turn increases the damping force.

As well as being able to vary the damping force almost instantaneously, according to the roughness of the road being traversed, the system can also provide a flatter ride by automatically firming up the suspension to counter body roll.