SPARE a thought for your 4x4’s tyres, if you will. They deserve it.

At open-road speeds – say 110km/h – the standard tyre fitted to something like a new Ford Ranger or Toyota Hilux rotates at 12.5 times per second. That’s 753 face-to-face ‘meetings’ for any point in the tyre’s contact patch with the road’s surface in every minute, or more than 45,000 ‘contacts’ every hour.

Drive your 4x4 for just six hours and that’s more than 250,000 ‘wear events’ your tyre has to cope with. If that’s not bad enough, much of the time your 4x4 is not just cruising along in a straight line but is accelerating, braking or cornering, which puts longitudinal and lateral loads on the tyres, creating even more friction and wear. The fact 4x4s are generally bigger and heavier than normal passenger cars doesn’t help either, nor does the fact 4x4s are often heavily loaded, which gives the tyres even more work to do.

On top of that, 4x4 tyres have to cope with road-surface temperatures in high summer in excess of 60°C without melting, and temperatures in winter of below zero in many parts without becoming hard and possibly brittle.

All this is, of course, before you head off-road, where 4x4 tyres then face a whole new world of torture as they battle with sharp rocks and tree roots all waiting to pierce a hole in the tread or, worse still, tear open a sidewall.

Most people probably think engine components that rotate or reciprocate at high speeds, most notably pistons and big ends, are the hardest-working parts of a 4x4, but it’s a close contest between these engine components and tyres.

And while tyres may look pretty simple and basic compared to modern powertrain components, they hide an amazing array of very sophisticated and ever-evolving technologies. Given the vast array of tyres on the market, deciding on replacement tyres for your 4x4 can be a daunting task. 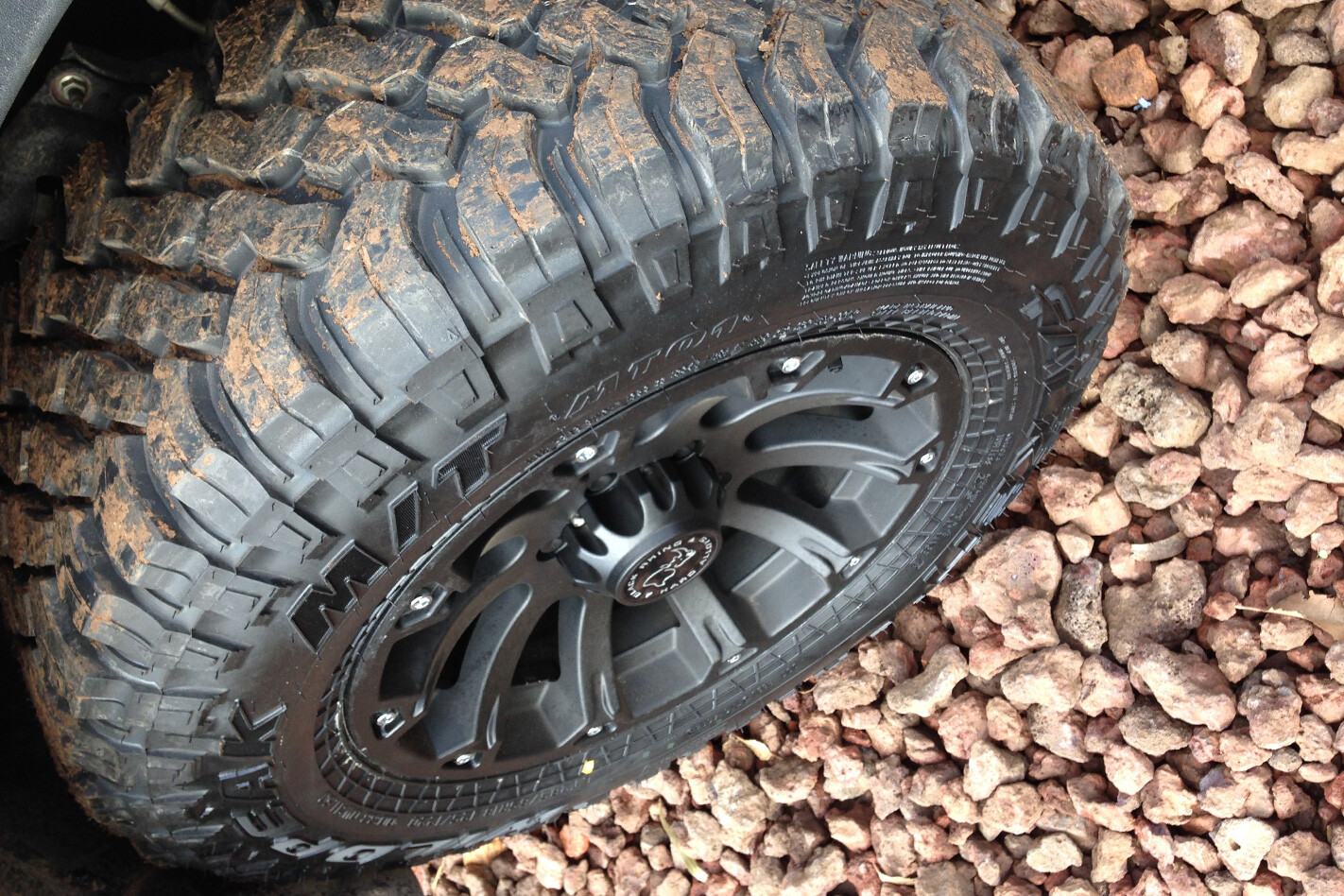 While most people seem to be most concerned with tread pattern, it’s just one of a number of factors to consider and one that tends to sort itself out anyway. After all, a HT (Highway Terrain) tyre isn’t much use on a 4x4 if you want to go off-road, and MT (Mud Terrain) tyres aren’t practical if you spend a lot of time on the road; given they are noisy, wear quickly and often don’t provide much grip on wet bitumen.

All of which leaves AT (All Terrain) tyres as the only practical choice for most do-it-all applications. It’s worth noting that most tyre manufacturers will rate AT tyres in terms of the balance between on- and off-road performance (generally as a percentage), so you can match this to your usage pattern.

Before you buy new tyres for your 4x4, it’s worth checking to see if you can fit smaller diameter wheels from a lower-spec model in the same range.

A smaller wheel means a taller tyre sidewall (so as to maintain the same overall rolling diameter) and a taller sidewall brings a number of significant benefits including a more comfortable ride, better damage resistance off-road, better air-down performance, and a generally cheaper purchase price. That’s because a lighter tyre doesn’t build up as much heat at higher speeds as a heavier tyre, and heat is a tyre killer (see: ‘Speed and Load Ratings’ breakout). For road-going and non-lifted 4x4s you’ll need to stick reasonably close to the OEM tyre size (for legal and clearance/fouling issues), but note that tyres with different size designations can still have the same rolling diameter.

A 235/65R17, for example, has the same rolling diameter as a 255/60R17, even if the latter is nominally 20mm wider. Just remember that with any given tyre size there will invariably be slight variations in the actual tyre size from one manufacturer to another.

Last but certainly not least is the issue of the construction of the tyre’s carcass, which can either be designated as either Light Truck or Passenger. Light Truck tyres will always have an LT in the size designation, while Passenger tyres will have either a P or nothing.

ALL tyres come with a load-rating index and a speed-rating index. What’s important here is that the load rating has to be matched or bettered when replacing a tyre, while the speed rating can be lower than the OEM (Original Equipment Manufacturer) tyre; although, requirements vary state by state.

Load and speed ratings are also related to each other, as the speed rating indicates the maximum speed for the tyre when carrying the load indicated by the load rating. A typical load rating for an OEM 4x4 tyre is 110, which means it can carry up to 1060kg.

A typical speed rating for an OEM 4x4 tyre is H, which is 210km/h. Speed ratings down to N (140km/h) are generally permissible when replacing the OEM tyres.

Finke Desert Race gears up for a monster long weekend