I came up with my own marketing slogan for Land Rover recently, ‘reliability is overrated, image is everything’.

We Defender owners are a masochistic lot; whether our vehicles are good runners or lemons, we still have to put up with a barrage of reliability jibes from Japanese vehicle owners.

It’s easier to say what a Defender isn’t, rather than what it is.  It’s not quiet, it’s not pretty, it’s not fast, and in some incarnations it’s not reliable.

But when it works it’s unstoppable. And it’s cool.

When I first visited Africa, in 1995, the majority of open-top safari vehicles and overland tourers were Defenders.

Land Rover was peaking.  The new Defender had been fitted with the reliable – yes, reliable - 200 Tdi engine which was followed by the even better 300 Tdi.

I was driving the Defender’s precursor, an old 1984 Series III at the time.  I dreamed of owning a 300 Tdi Defender and eventually I bought a 1997 model. 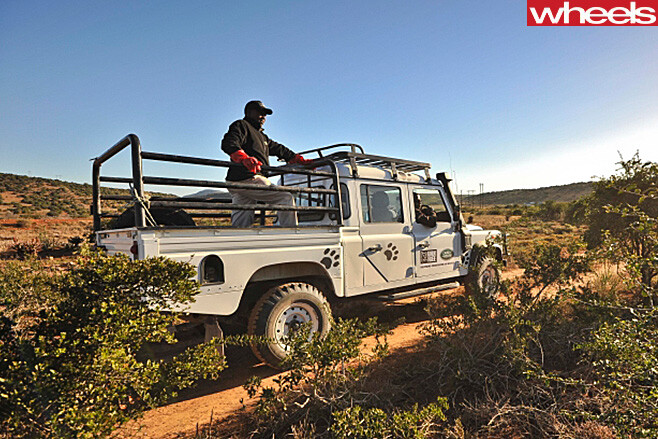 It was perfect for Africa.  It was basic, but had power steering.  It was fast(ish), comfortable with its four comfy coil springs, and any bush mechanic could fix it.  It’s still going strong.

And therein lies one of the problems which hastened the demise of the Defender – if they work, drivers don’t get rid of them.

With any other type of vehicle once it starts showing its age you eventually sell your old one and buy a newer, flasher, better version.

With a Defender, however, there’s no rust in that aluminium bodywork.  There’s little desire to update to a more modern vehicle, because the new model looked the same as the previous.

The other disincentive to buying a new Defender was that it was likely the next model would be worse, not better, than the previous.

Changes in ownership of Land Rover brought different engines and the need to comply with European pollution and safety regulations in the UK meant Land Rover tried to turn the Defender into a PC SUV in the same old body. While all this was happening Toyota was invading Africa and its secret weapon, the 70 series Land Cruiser, was made for the local market.  It had no electronics, wind-up windows, a reliable engine and, well, that’s about it.  In essence, the Japanese had played the British at their own game – and won.

The latest Defender, the Puma, gave so much grief that safari lodges petitioned Land Rover to do something.  Out went the ABS, automatic traction control and the problematic new 2.4 litre engine, and back went manual diff lock and a more reliable 2.2 litre engine.

It’s now, by all accounts, a good vehicle, but it was too little, too late to save the African market because the Defender is riding off into the African and Australian sunset.

Those of us who are slavishly devoted to the Defender will mourn its demise.  Our old vehicles will keep chugging along, doing what they were made to, and that iconic image of the ultimate safari vehicle will never die.

Tony Park (pictured above) is an unashamed Land Rover addict and the author of 13 thriller novels set in Africa.  His latest, An Empty Coast, is set in Namibia where, because of the salt-laden winds that assault that country from the Atlantic Ocean, aluminium-bodied Land Rover Defenders are still very much the vehicle of choice.