Performance-car tuners are turning to 4x4s

Manufacturers are being driven to create go-fast performance 4x4s

IT’S an interesting time we are in, as the increasing popularity of 4x4 vehicles - specifically utes - changes the dynamic of who is buying them and what’s on offer.

We’ve seen traditional performance-car tuners jump on the bandwagon with 4x4 utes from Tickford and Harrop, and now we see the Colorado SportsCat by HSV. Even MotoGP champion Valentino Rossi has put his VR46 brand on a Ford Ranger.

As four-wheel drivers, a lot of the stuff we see going on these vehicles seems silly, which is sometimes detrimental to the vehicle’s intent; that is, to drive off-road. Low-profile tyres on large diameter wheels, low-hanging plastic bumpers and gaudy bonnet scoops aren’t going to get you to your secret campsite off the beaten track. It’s indicative of the style of buyer that is now being drawn to 4x4s and, with the end of local Holden manufacturing, a company such as HSV has nowhere else to turn. Buyers who might have once looked at a HSV Maloo might be looking at a Ranger or Colorado now, and HSV has jumped in with its own offering. And if the stories are true, HSV’s parent company, Walkinshaw Performance, will have some wilder versions coming soon as well.

A performance 4x4 isn’t new, and Ford Performance has been doing it for years in the US with the F-150 Raptor. With a Ford Australia Ranger Raptor set to hit our showrooms later this year, we sampled the go-fast F-truck for a test in this issue.

But should we or vehicle manufacturers be encouraging faster vehicles out on off-road tracks? Most four-wheel drivers will say ‘no’, as our adventures are usually enjoyed at a more leisurely pace. Driving the F-150 Raptor on the tracks in the Mojave Desert revealed that having all that expensive, Baja race-inspired suspension technology at your disposal wasn’t just about going faster on the tracks; no, the King suspension under the Raptor allowed us to drive more comfortably and controlled over rough and rutted terrain, putting less stress on both the vehicle and driver for a safer delivery to our destination.

While we don’t think the Ranger Raptor Ford Australia is producing will have the performance of the F-150’s EcoBoost V6 or a V8 engine, we hope it will get some quality high-end suspension componentry to deliver a similar controlled ride for our local conditions. 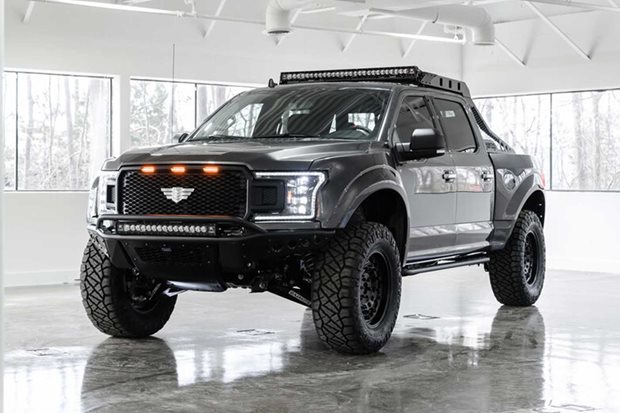