The development of a quad-turbo diesel at BMW has been rumoured for a while, but it now looks like a reality.

BMW has had a tri-turbo diesel engine in its X5 and X6 models for a few years, but the use of four turbos is the next step in multiple-turbodiesel engines.

What’s this got to do with your 4x4, you may ask? Well, probably not much at all right now, but it represents the leading edge of an automotive diesel engine technology – namely, the use of multiple turbochargers – that is becoming more of a fact of life.

Multi-turbo technology is, of course, already here in the Nissan Navara NP300, the Volkswagen Amarok, the Land Rover Discovery and in various Range Rover models, among others. Even the 4.5-litre V8 diesel in Toyota’s ubiquitous 200 Series has two turbos.

How BMW will arrange the four turbos on its 3.0-litre, straight-six diesel is anyone’s guess, as the X5’s current tri-turbo system is complicated enough. The new quad-turbo is claimed to produce 300kW and 800Nm – 20kW and 40Nm up on the current tri-turbo. This is an astonishing output for a 3.0-litre diesel.

Of all the current multiple-turbo systems, the 200 Series V8 is the simplest, as you’d expect, given Toyota’s reliability-first engineering philosophy.

Not that the 200’s engine doesn’t make good power and torque (now 200kW and 640Nm for the MY15 model) but it does that off the back of its big 4.5-litre capacity as much as it does off the back of having more than one turbo.

It’s easy to get confused about how all these multi-turbo systems work, due, in part, to the fact that different manufacturers often use the same name to describe completely different technologies.

Both Toyota (with its LC200) and Nissan (with its NP300), for example, call their respective systems “twin-turbo”. In reality, they are completely different arrangements, save for the fact that both have two turbos.

The LC200’s two variable-geometry turbos are twins. In fact, they are identical twins. More importantly, they work independently of each other in what is called parallel turbocharging.

Toyota’s V8, like most, has a wide, 90-degree ‘right’ angle between its cylinders, so the cylinder heads are well apart. One turbo shared between the two is always going to be a compromise.

The Nissan arrangement uses a smaller, higher-pressure turbo coupled with a larger lower-pressure turbo. The smaller, low-inertia turbo, which operates initially by itself, gives good off-idle and low-rpm response, because it doesn’t have a lot of mechanical inertia to overcome and can spin up quickly.

Volkswagen uses the same sort of arrangement in the Amarok as Nissan does in the NP300, but VW calls it ‘bi-turbo’. In our specification panels we also use the ‘bi-turbo’ tag for systems like those in the NP300 and Amarok, where there are two different turbos. This distinguishes them from systems like Toyota’s, where the two turbos are the same, or ‘twins’ of each other.

The Land Rover two-turbo system – as used in the Discovery, Range Rover Sport and Range Rover models – is similar to VW’s and Nissan’s in as much as the two turbos are different sizes and types, but Land Rover’s system works in a different way again.

The primary and main turbo is a medium-sized, variable-geometry unit that does most of the work, most of the time. For most driving it’s the only turbo used. At higher speeds and under heavy loads, a second, smaller, fixed-geometry turbo comes in to work alongside the primary turbo to provide extra pumping capacity. So, while this second turbo comes into play sequentially, it operates in parallel once up and running. Land Rover calls this system ‘parallel sequential’ turbocharging.

BMW’s tri-turbo system, the forebear of the new quad-turbo system, is effectively a combination of the Amarok/NP300 arrangement and the Land Rover system. The first two turbos of BMW’s three work as per the two of VW/Nissan system. From there the third turbo comes in at high engine speeds and loads, as per the second turbo of the Land Rover system.

Where BMW will go from there with its quad-turbo system is, however, anyone’s guess… 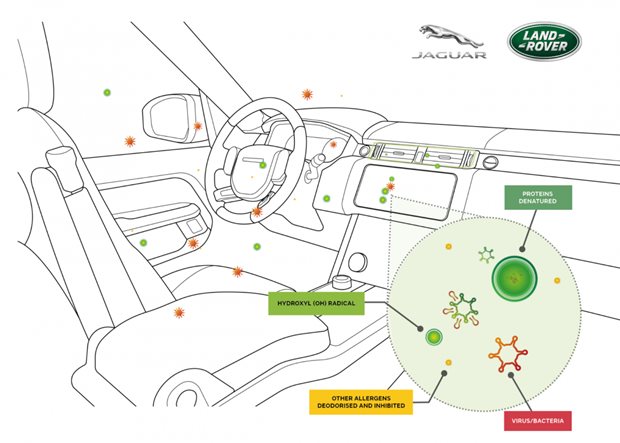