A FEW weeks ago I was driving through the Flinders Ranges with my mate Michael Ellem and his wife Gab.

We were on very familiar roads and tracks, having travelled through this spectacular part of the world many times over several years.

We were both towing trailers for a photo shoot. Hitched up behind Michael’s BT-50 was his mobile office, which comes in the form of a Jayco Basestation; while I was driving one of ARB’s well-set-up 200 Series Land Cruisers with a single-axle Lotus Off Grid van. 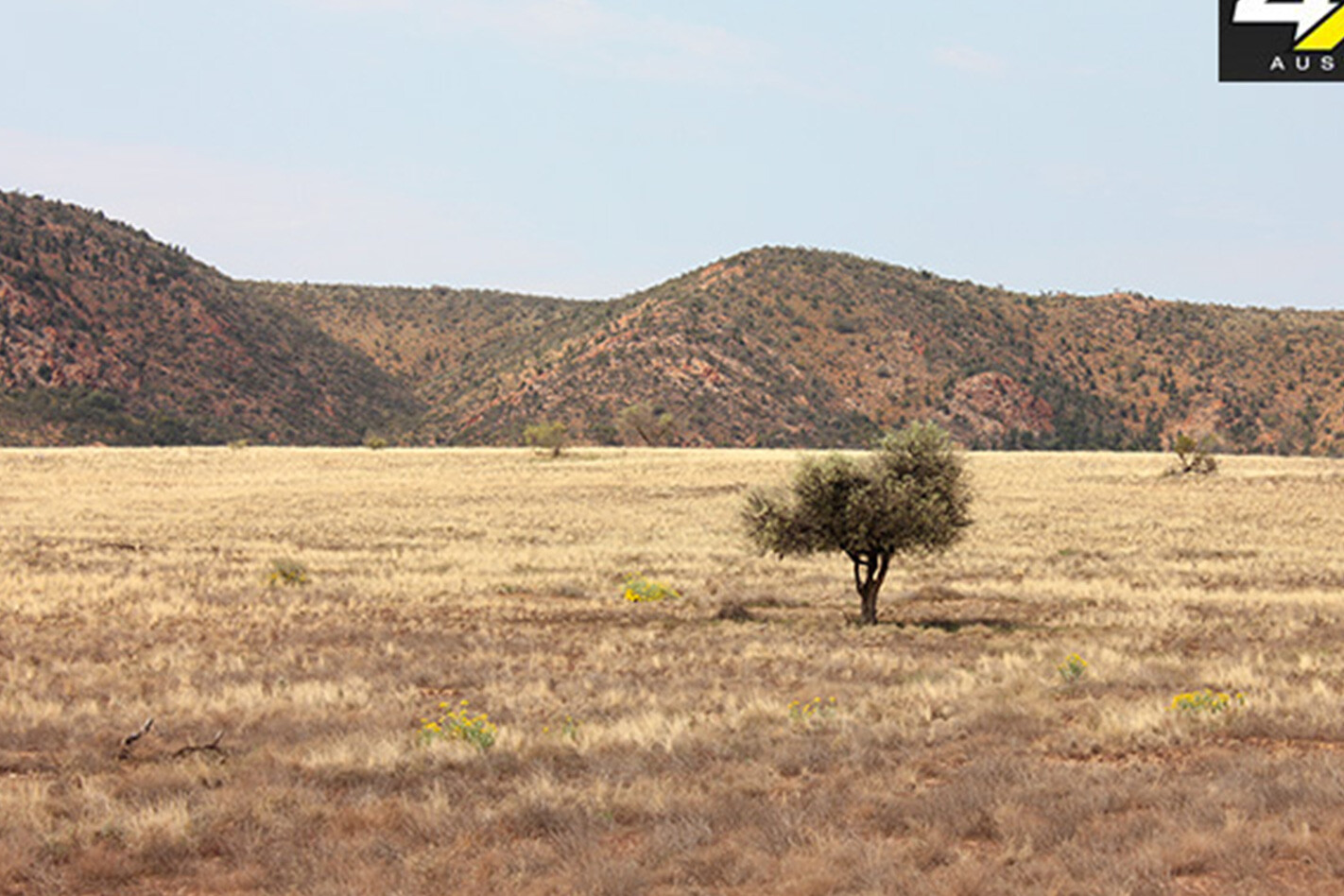 Now, you’d think towing a couple of big trailers would preclude you from going too far off track, but I can assure you, we found some nice out-of-the-way campsites.

Our first night was spent at Waukaringa Ruins, just 35km north of Yunta. Even though it’s situated on private property, camping is permitted within the vicinity of the ruins, which consist principally of the old Waukaringa Hotel. If you haven’t been here before, it’s well worth the effort, if for nothing else but to meander about the ruins and read about the ghost town’s interesting history.

The following day we worked our way through some truly beautiful country, along winding gravel roads to Hawker, where we arrived quite late and so decided our best option would be to spend the night in the caravan park. While the convenience of toilets and a hot shower was appreciated, we were looking forward to getting back out in the bush the following evening.

We spent the next day taking in some of the sites throughout Ikara-Flinders Ranges National Park. We dropped our camping fees into the box when entering the park and found a nice enough spot where both trailers would fit and there were no other visitors in sight; although, we could hear some other campers not too far away.

However, we found the perfect spot on the fourth night. After another day’s driving, we neared the western end of Parachilna Gorge as the sun dropped towards the horizon. We scoped out a couple of campsites by the river and had almost settled on one not too far from the road when Michael noticed a track leading up a small tributary on the other side of the creek. 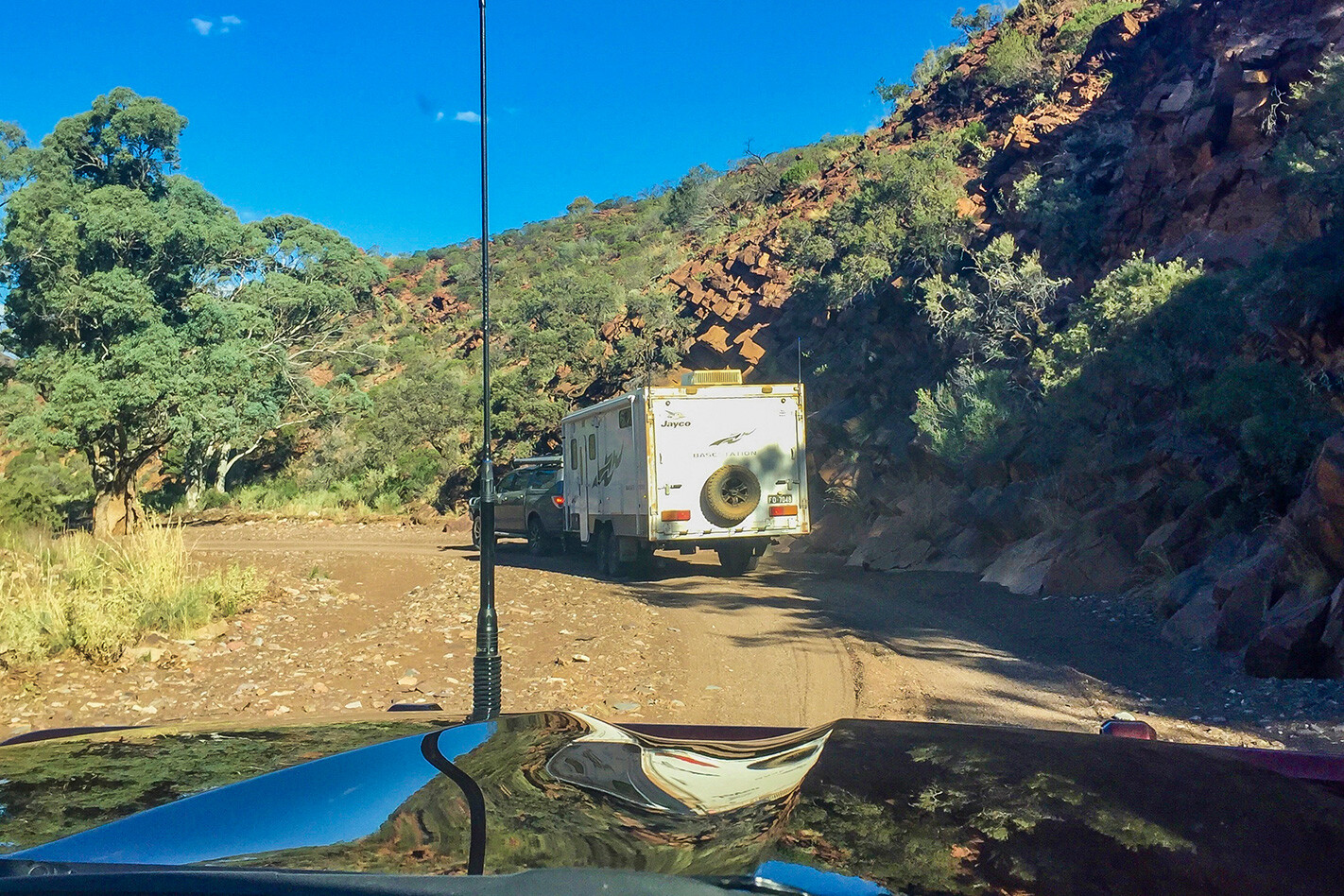 As we drove up the narrow gorge, sizeable trailers in tow, we started to wonder if we’d find somewhere suitable to turn around, let alone a decent spot to set up camp. To our surprise, we found both just a few hundred metres in.

There was still enough light for Michael and Gab to shoot some stills and video of the vehicle/trailer combos driving through the spectacular gorge, before we set about trying to find a way to access the slightly elevated campsite. Other than a tricky approach, it offered everything we needed: it was big enough, it was almost level, and it was covered in green grass.

Another vehicle drove up the narrow gorge as we were backing the second trailer into position; its occupants must have wondered why we’d bother trying to put two big vans into such a small and out-of-the-way spot. But once in-situ, we stood back and admired our handiwork. Yep, this was the perfect spot!

As well as being well away from the road through Parachilna Gorge, this campsite offered another very important feature: a steep rocky track that led to a grassy lookout where we could photograph some other items on our shot list. That rocky track also proved the perfect challenge for the 1/10th scale rock crawlers we had brought along on our mini Flinders adventure.

As the last light of the sun vanished and the Milky Way lit up the sky with its celestial magnificence, we reflected that this truly was the perfect spot. Solitude, a warm campfire, cold beers and RC crawlers… what more could you want?