Kayak fishing has been one of the fastest growing sectors of the angling scene here in Australia – and in many other parts of the world – for at least a decade now.

Interestingly, this phenomenon shows little sign of slowing. Sales of kayaks and related paraphernalia continue to boom, marking this as one of the strongest niches in the marine and boating industry.

I must admit that I’ve been a little slow to embrace the whole kayak thing. I spent lots of time sitting (usually with a wet bum) in various old-school style canoes throughout my early fishing career, and I was delighted when I could finally afford to graduate to a real boat. Don’t get me wrong: canoes have their place and I’ve enjoyed some wonderful times in them, though once you’ve fished from a craft that’s sufficiently large and stable to stand up in – especially one with a raised casting deck – it’s very hard to willingly go back to the low, cramped, unstable, and often wet confines of a canoe.

There were other factors holding me back from kayak fishing, too. One was a perception that many kayak fishers, as well as those who catered to their equipment needs, seemed to be missing the whole point of simple, minimalist boating. Some of the kayak rigs I saw on the water, and in magazines or videos, had more fruit hanging off them in the way of electronics and accessories than my 4.8-metre trailer boat! Some even required dedicated trailers just to get them to the water’s edge and more than half an hour of fiddling, tweaking and setting up before they were good to go. Wasn’t portability and ease of use supposed to be the whole point of ’yakking?

Then there were some of the people involved in the kayak fishing scene. Apologies in advance for generalising, but I have hunch that a disproportionate number of them drive Volvos, drink soy lattes, have kids named Tiffany and Sebastian, and own flash, imported pushbikes, not to mention too many items of lycra clothing. In fact, for a couple of years, I disparagingly referred to these kayakers as cyclists of the sea. 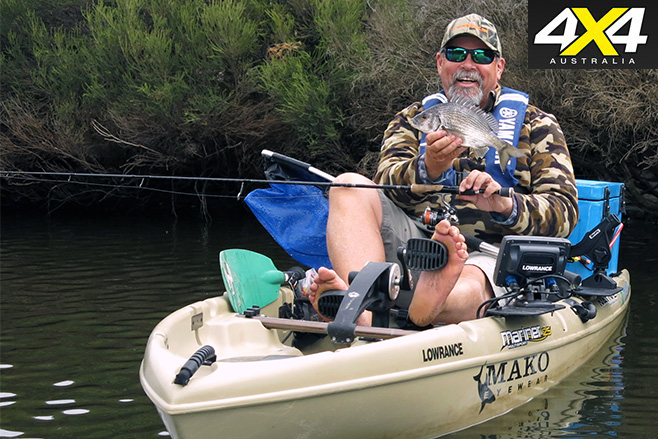 I’m sure you get my drift. Just as a handful of cyclists with a certain attitude give the rest a bad name with an I-own-the-road mentality and a penchant for pedalling en masse in front of heavy traffic, so too there’s a sub-set of kayakers who look down their noses at all other watercraft users. Unfortunately, they don’t do their cause, nor their fellow enthusiasts, a lot of good.

So, I’m sure you’ll understand that I was more than a little bemused when my good lady Jo not only organised herself a kayak to fish from, but also picked up one for me. Oh, the shame…

For almost a year I staunchly resisted temptation (for want of a better word). However, a recent road trip that required us to leave the boat at home effectively forced me into the dreaded kayak…

And you know what? I had a bloody great time! We fished the lower Murray River between Mildura and Renmark for several days, then caught the ferry across to Kangaroo Island where we explored a bunch of the island’s secretive and wild little estuaries.

I caught golden perch and Murray cod on the big river (including a whopping great cod just over a metre in length – a new personal best) as well as bream, salmon and mullet on KI. To be honest, I had a ball and didn’t feel too disadvantaged at all by being confined to the kayak.

It helps that we both have state-of-the-art Native Watercraft pedal-powered set-ups that leave their occupant’s hands free for fishing. I can see this nifty sit-on vessel becoming an increasingly important part of my overall fishing life in coming years, though I staunchly refuse to wear anything made from lycra. 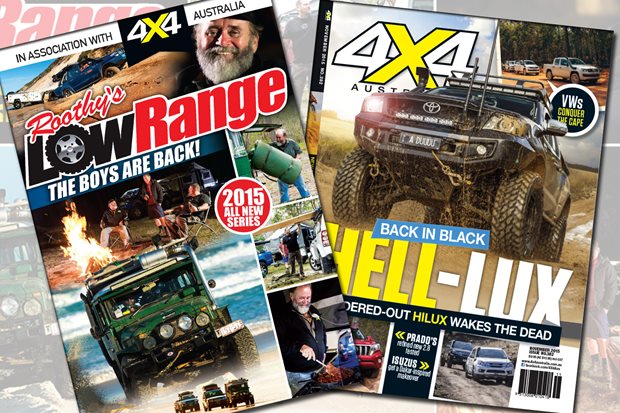 With the recent edition of John Rooth to the 4X4 Australia team, our November issue will include a bonus DVD for you to enjoy! 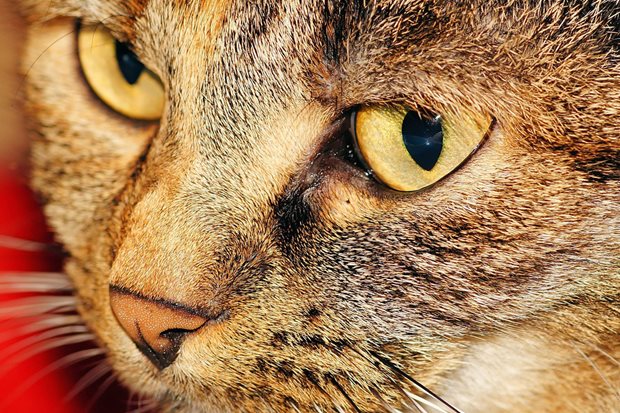 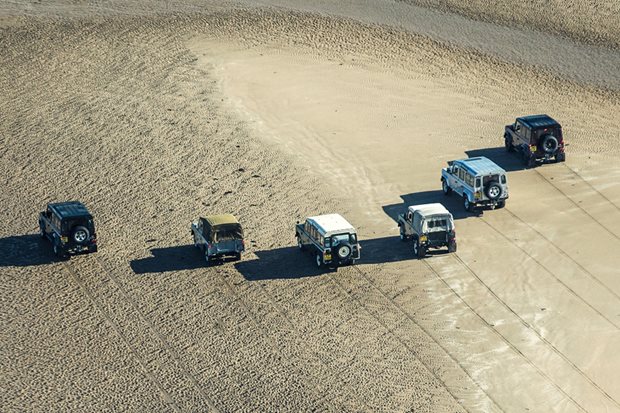