Is a bigger rig better when it comes to towing a heavy load?

THE quoted towing capacities of the current crop of 4x4 utes have become chest-beating exercises for the carmakers’ marketing departments.

It appears that if you can’t quote a 3500kg capacity then you’re not in the game, and some companies have pushed up their ratings in recent times just to seem relevant. Even usually conservative Toyota has upped the ratings of the Hilux to 3500kg, but that’s only for the manual transmission – the auto has to make do with 3200kg.

Yet, as revealed in our tow and load test in the November issue of 4X4 Australia, the Hilux feels comfortable with three tonnes on the back; some of the other utes shouldn’t go near that weight. 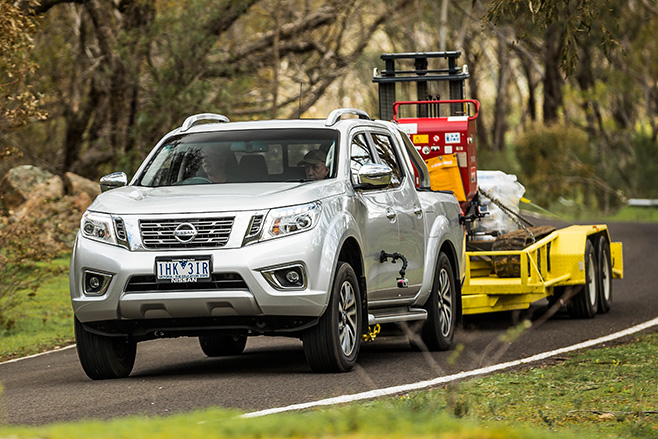 In some ways the results were as expected: bigger is better when it comes to towing and load carrying, and a bigger, heavier vehicle powered by a large capacity engine and riding on a long, stable wheelbase will always come out the winner over anything running smaller and lower specifications.

The vehicle whose performance we were all keen to see tested was the D23 Nissan Navara. As the only ute here with a coil-sprung, multi-link rear end it was the stand out. As it turned out, it stood out for all the wrong reasons. Nissan should be applauded for offering the option of rear coils on its ute to appeal to family and recreational users, but it seems it should also offer the option of leaf springs across the model range.

That’s the vehicle many recreational buyers who need to tow boats, horse floats or caravans will want if they are considering a Navara, and they’ll want it in [Nissan Navara] ST-X specification, too. It’s something Nissan Australia should seriously be thinking about if it wants to remain competitive in this popular segment.