We the public may soon more getting more cameras, more fines and lower speed limits, but are they really the answers to our road safety debate?

Road-safety experts, politicians and police clearly perceive statistics, and even reality itself, at a different level to the rest of us, because rather than seeing the rising road toll as a sign that their fierce policies of enforcement are not working, they claim it as proof that we need more of the same.

The figures are stark. The national road toll reached a four-year high of 1300 in 2016, with the number of people dying on roads in Western Australia rising 20.6 percent, and Victoria 15.9 percent.

In Victoria, the state that’s unquestionably poured the most high-profile effort into reducing road trauma, the figure for the calendar year 2016 was 291. The last time the toll was that high was 2009 (when it hit 290).

The disturbing comparison, though, is that in 2009, there were 1.3 million ‘safety camera’ fines issued in Victoria, (raising over $236 million, which grew to almost 1.5 million cameras in 2016, and more than $356 million in revenue. 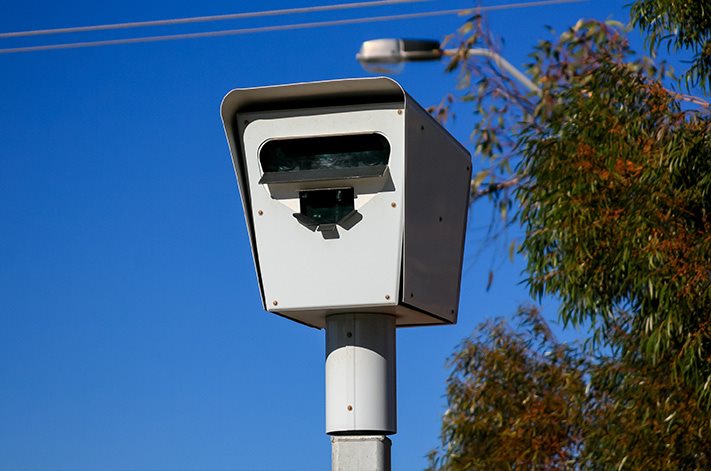 So, enforcement is up, but Victoria has the same road toll, which might suggest it’s time to try something other than ‘Speed Kills’.

Sadly, in a series of interviews with the people who battle and investigate road trauma, Wheels discovered that what we’ll be getting is more cameras, more fines, lower speed limits – down to 80km/h for country highways – and, where possible, wire fencing replacing lane markings on two-way roads, to stop overtaking.

You might not be surprised to hear that the Victorian experts are not looking to Germany as the example of world’s best practice – which has a lower rate of road fatalities per 100,000 head of population per year than us (we’re at 5.4, Germany is 4.3) – but Sweden (a remarkable 2.8). 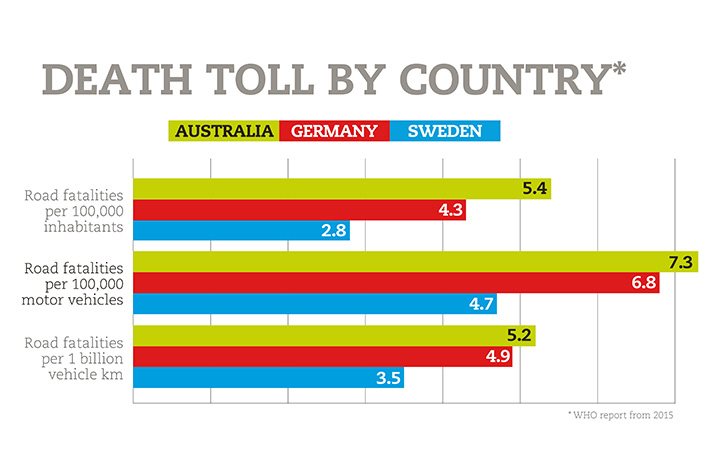 The authorities realise that some change is necessary, of course, which is why their new slogan is Towards Zero, which genuinely means they think we can defy physics and reduce the road toll to nil, while still moving around in heavy steel objects at speed.

The policy is best exemplified by the Traffic Accident Commission’s description: “We no longer accept that it’s inevitable that people die or be seriously injured just because we have a road transport system.”

While NSW is also adopting the slogan, roads minister Melinda Pavey says her State has long taken a different approach.

But Ms Pavey believes people don’t like hidden cameras and see them as pure revenue raising. 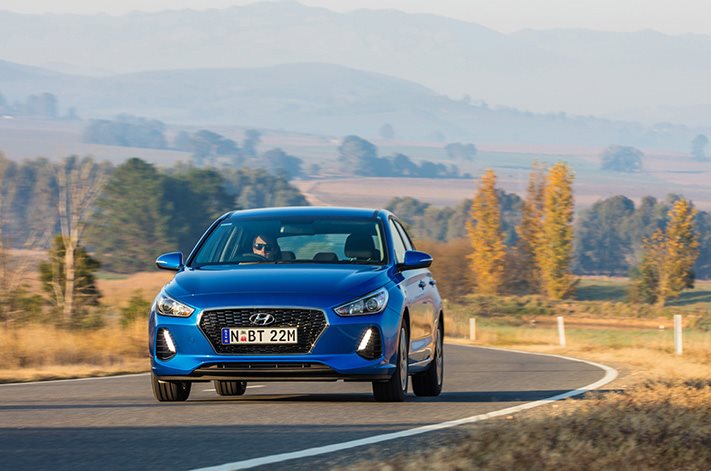 “Our approach has always been to have cameras in the most dangerous spots, and to tell people they are there, and I think that’s better than sneaking up on people, because we want to take the community with us on this,” she said.

“And it’s not just speed, it’s a whole range of things. We need to look at fatigue, and behaviours, because I think we’ve got a real problem with attitudes to safety. It’s about education, about respecting other road users and changing attitudes.”

Among those who take Towards Zero more literally is Stuart Newstead, associate professor at Monash University’s Accident Research Centre and one of the country’s leading statistical experts on road trauma.

“Even though we have a lot of enforcement now – and people won’t like to hear this – the fact is there’s probably room for a lot more,” Newstead says.

“Enforcement is a key aspect, and I know a lot of enthusiasts don’t like it, but all the research shows it has been effective, particularly speed cameras, which people like the least.”

Newstead also raised a concern that, while the road toll does rise and fall (and with the number of cars and drivers on the roads constantly rising, even keeping the toll the same is an achievement), “the long-term trend in serious injuries has been going slightly up for a very long time, and we really need to start focusing on that, because it’s the area that costs the community the most.”

“We know that enforcement changes driving behaviour and cultures, but it does take time,” Fryer explained. 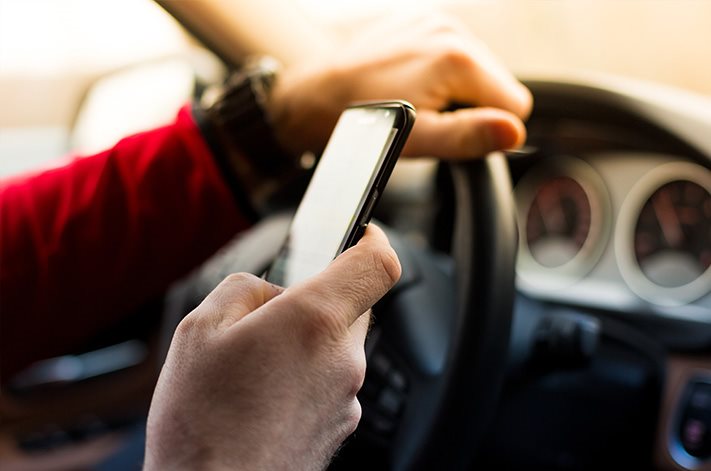 A 2017 nationwide survey by the Australian Automobile Association Survey asked motorists why they thought the national road toll was rising again, and the number-one reason – chosen by 79 percent of respondents – was drivers being distracted by mobile phones.

Fryer genuinely believes it’s possible that we’ll reach his goal of a zero road toll in his lifetime, but only with the help of autonomous cars. His highway patrol unit recently took delivery of an Mercedes-Benz E-Class, because he’s very keen to evaluate what its technology offers.

“We lost 1300 people on Australian roads in 2016; that’s more than 3.5 people every single day; it’s a church chapel overflowing with grieving families and friends,” he said.

“Is the cost of mobility 1300 people dying? It can’t be, so zero has to be our aspiration.

“I think the kind of vehicle autonomy we’re starting to see now, is what will get us to zero.”

While some argue that our open-road speed limit of 100km/h is out of date and was set when cars were nowhere near as safe as they are today, Fryer believes it is often too high.

“Should a country road have the same 100km/h limit as the Tullamarine Freeway? That’s a discussion we need to start having with the community, because if we start dropping some of those limits we’re going to see fewer deaths on our roads.”

The real force behind Towards Zero are people like the TAC’s senior road safety manager, Samantha Cockfield, who says she’s the sort of person who’d never received a traffic violation in her life, even before she started her job.

“Humans, no matter how well intentioned, will make mistakes, and we have to develop a system that allows people to survive those mistakes,” she said.

“What we know is that, in a modern car, a head-on collision is survivable at speeds of 70km/h, so our starting point (for a new speed limit) could be 80km/h.”
Cockfield points out that as many as 50 percent of fatal accidents in Australia are on country roads, and predominantly involve people crossing the centre line into head-on collisions. 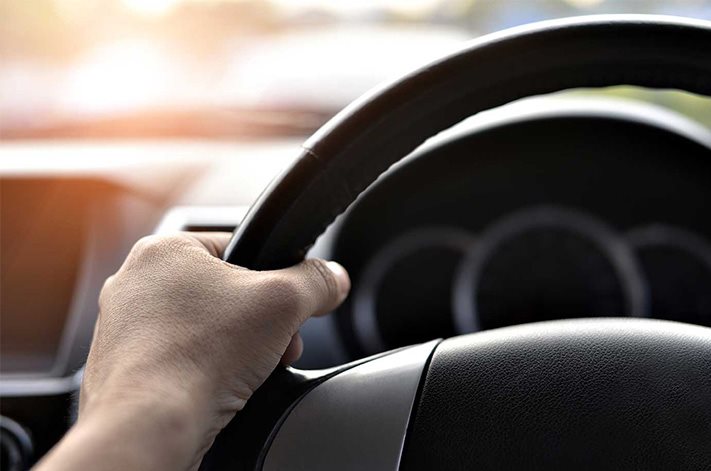 Of the 291 fatalaties in Victoria last year, 151 happened on rural roads, 67 occurred with drivers driving in opposing directions, while 69 involved drivers veering off a straight road.

Aside from lowering speed limits, Cockfield says we need to redesign our roads to prevent overtaking.

“And that’s why we’ll be seeing more wire barriers, which they already use a lot in Sweden, where they’ve had great results,” she adds.

There are some people who are questioning the worth of the Towards Zero approach, like Edward O’Donohue, the Victorian Opposition’s spokesman on roads.

“Towards Zero is a laudable objective but when the trend is an increase in deaths, and we’re getting further away from zero, it’s even more important that we critically examine current polices,” O’Donohue said.

O’Donohue is also in favour of more widespread and improved driver training, as used by countries like Germany.

“We should be looking to benchmark ourselves against the best in the world when it comes to driver training, and the best way to get a licence is something that should be examined,” he added.

Unfortunately, most experts we spoke to demurred on that idea.

The TAC says “the jury is out” on whether classroom education is useful at all, while Newstead says “we’ve been wholly unsuccessful when it comes to high-level driver training” and that while Germans might have success with demanding people be able to drive before getting a licence, “the licencing authorities here don’t want to limit mobility in that way”.

Deaf ears of government
Back in 2010, a Mercedes-Benz road-safety expert, Dr Ulrich Mellinghoff, caused controversy by suggesting 140km/h would be a safer limit on Australian roads.

Behind closed doors, though, he caused more consternation among politicians at a safety forum, when he told them that, in his experience, there are three methods for reducing road trauma; better licensing, better roads and safer cars.

“The car companies have delivered their end of the bargain, but you, as a government, have utterly failed your population when it comes to the other two,” Mellinghoff told them.