Motor sport has a habit of finding wisdom too bloody late.

The cry went up all the way to Formula One. Something had to be done.

We’ve heard it all before.  Older F1 followers will recall the 1977 South African Grand Prix, when driver Tom Pryce was nearly decapitated by a fire extinguisher carried on to the track by a flag marshal, who also died.

Way more recently, Felipe Massa was hit by an errant spring from the car ahead.

But this time it seems something will be done. A 37-year-old gentle giant with a wife and kids, Wilson was a much loved figure in IndyCars.  That he was an innocent bystander when race leader Sage Karam spun and clouted the wall way up ahead didn’t save him.

The nose cone from Karam’s car flew through the air like a missile and slammed into Wilson’s helmeted head.  He didn’t stand a chance.

Motor sport has a history of acting positively (mostly) in the emotional period soon after the death of a popular driver.

Head and Neck Support (HANS) devices and improved seats got the nod when Dale Earnhardt, NASCAR’s most popular driver, was killed in 2000.

The 1994 deaths of Ayrton Senna and Roland Ratzenberger prodded rule makers to protect the drivers' heads and necks.   Raised cockpit sides and padding were mandated in 1996.

By 1994, racing cars were already immensely strong, built as they were of carbon-fibre and Kevlar. Senna would have walked away unhurt from his 135mph impact had he not been unlucky enough to be hit by his wheel.

Neck injuries are a huge risk to a racing driver in heavy impacts. The torso is tightly strapped within a strong survival cell, and the head is protected by a helmet.  But the neck was particularly vulnerable until the adoption of the HANS device across most forms of motor sport. 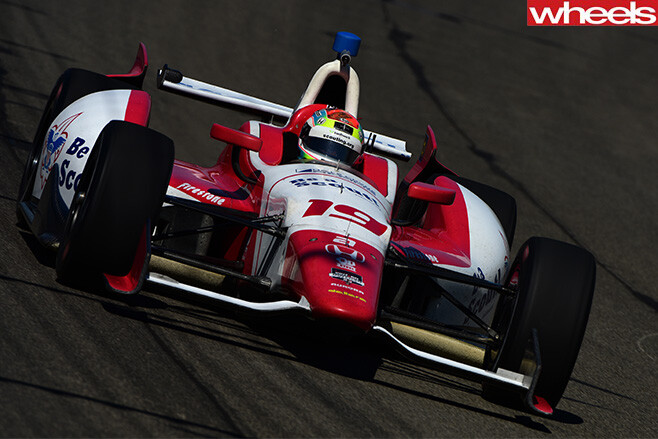 For many years, the FIA has insisted on the installation of black box-style crash data recorders inside cars, allowing a significantly thorough scrutiny of wrecks.

Changes have also been made to track design, which boosted safety but unfortunately led to a welter of boring modern layouts.

Other safety measures, including fighter-jet style canopies, have been considered, as have a forward roll bar to deflect wheels.

Senior F1 figures apparently rejected these measures, citing their unsightly appearance and the fact they confronted the philosophy that grand prix racing is for open-cockpit, open-wheel, single-seater racing cars.

Now, following Wilson’s death, questions are rightly being asked about what more can be done.

Should the nose cone that flew from Karam’s car have been tethered?

With their abundance of aero accessories, are the current IndyCars too quick to shed body bits when hit? "These cars are inherently dangerous with the open cockpit like that, head exposed," said Hunter-Reay. "Maybe in the future we can work toward some type of [canopy]. We've seen some concept renderings of something that resembles a canopy. Not a full jet-fighter canopy, but something that can give us a little protection but keep the tradition of the sport."

Old-style racers haven’t necessarily agreed though.  It has been an unbreakable tradition that open wheel racing offers wind in the face (or helmet).

But many active drivers have called for greater safety measures while not dismissing tradition.

Sebastian Vettel said he’s definitely not a fan of closed cockpit open wheel cars.  “But now [after the Wilson tragedy] something must be done.” Vettel doesn’t believe closed cockpits are the answer but thinks the sport’s rule makers can do better. 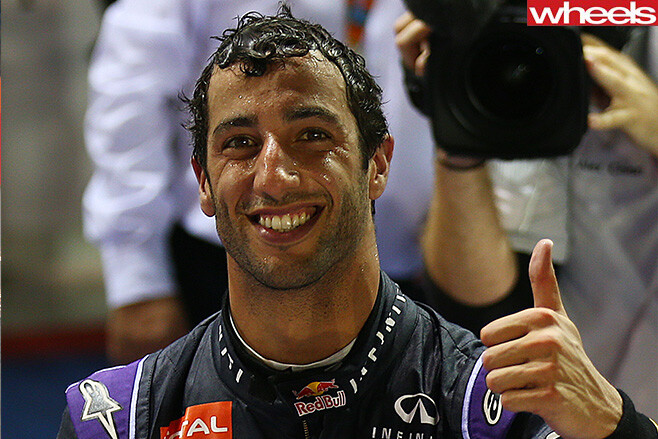 Daniel Ricciardo commented that while the death rate is very low in modern open wheel cars, he doesn’t care about such statistics:  “Something must be done.  We must do whatever we can to make it safe.”

Testing has been conducted on cockpit canopies for some time now, and was stepped up last year after the Suzuka crash that left F1 racer Jules Bianchi in a coma that lasted nine months until his death last month.

But some insist a cockpit cover is a potential death trap, with scenarios of being trapped in a burning car cited as a reason to keep the status quo.  Heat is another issue.

Motor sport has evolved from the crazy Decade of Death when F1 drivers were being buried way too often.  Things are better today, but as we’ve seen, far from ideal. Change must come, hopefully before another family has to deal with a fatality

Felipe Massa rolls in his Williams last year. Some fear that drivers could be trapped in closed cockpits.

Tragedy has also hit exciting young Darcy Ward, the 23-year-old Australian speedway rider who won the 2009 and 2010 World Under-21 Championship.  Ward has serious back injuries after clipping the rear wheel of another rider and firing headlong into a track fence during a Polish league meeting.

The incident has left Ward with no lower body feeling.  Doctor Robert Zapotoczny says, “The case is difficult, but there is a glimmer of hope. Hope you cannot take from anybody. Now Darcy faces a very, very intensive process of rehabilitation; psychologically and physically."

"Racing is fun, but people are not supposed to get killed," Letterman said.