A mid-life facelift for the BMW i3 compact electric car adds a more athletic variant to the four-strong line-up.

The BMW i3 arrived in Oz in 2014, and other than a battery upgrade in 2016 hasn’t seen much by way of running improvement, until now. The BMW i3S is a decent step on and introduces a ‘driftable’ traction control system that’s on its way into the rest of the BMW line-up. 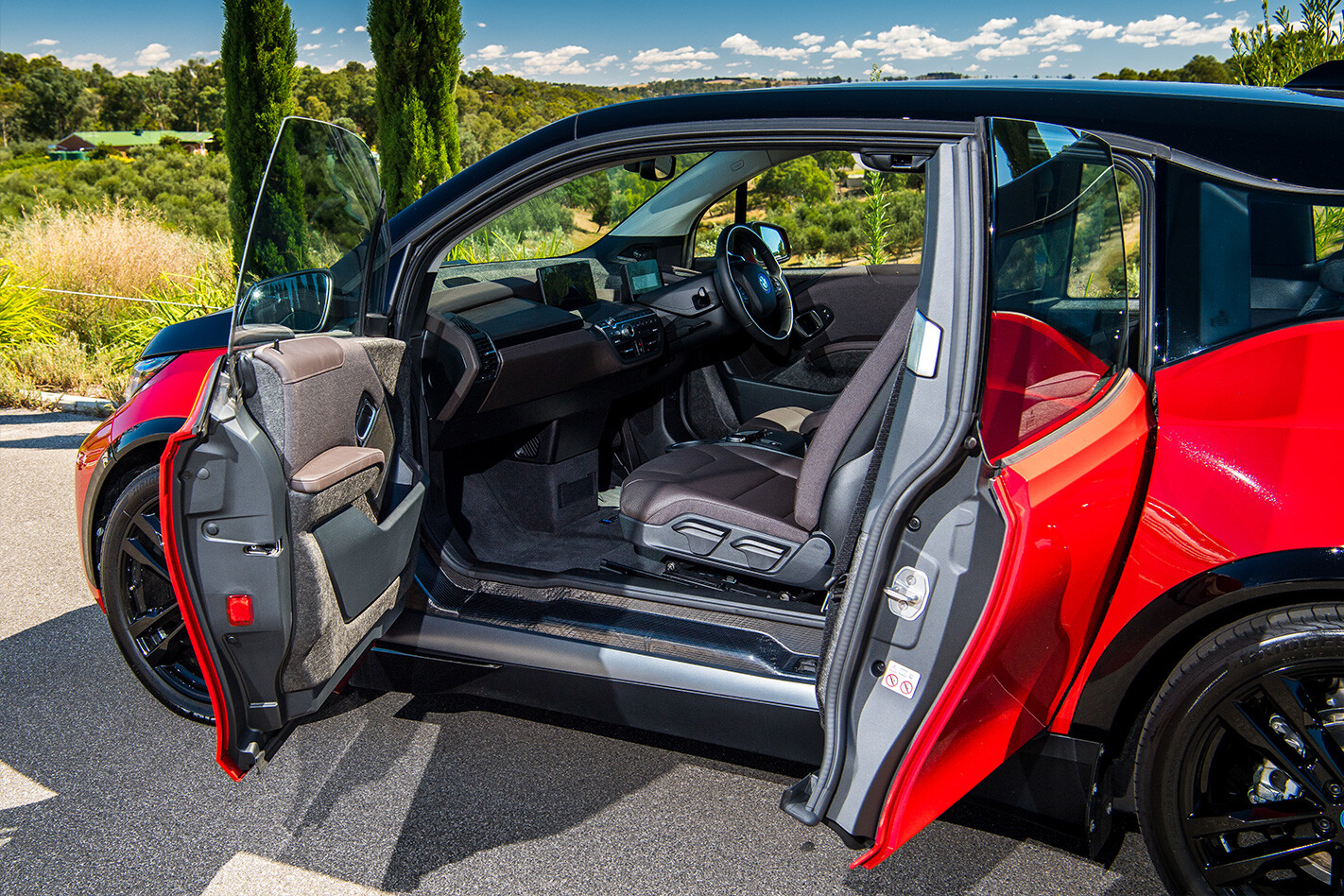 The Nissan Leaf is the most obvious one, but the old model is no longer available and the new one isn’t yet here. Then there’s the Renault Zoe that’s only available to fleet buyers. Other than budget-stretching Teslas, the BMW i3 is it as far as pure EVs are concerned.

BMW’s sharpened i3S is even livelier than the already engaging i3 and it looks better, too, which makes the relatively meagre $1200 price premium over the regular car easy to swallow. But the i3 is starting to show its age in areas such as active safety, so the circa-$70K price tag is becoming harder to reason with even though the i3S admirably upholds the fun-to-drive, eco-friendly credentials. 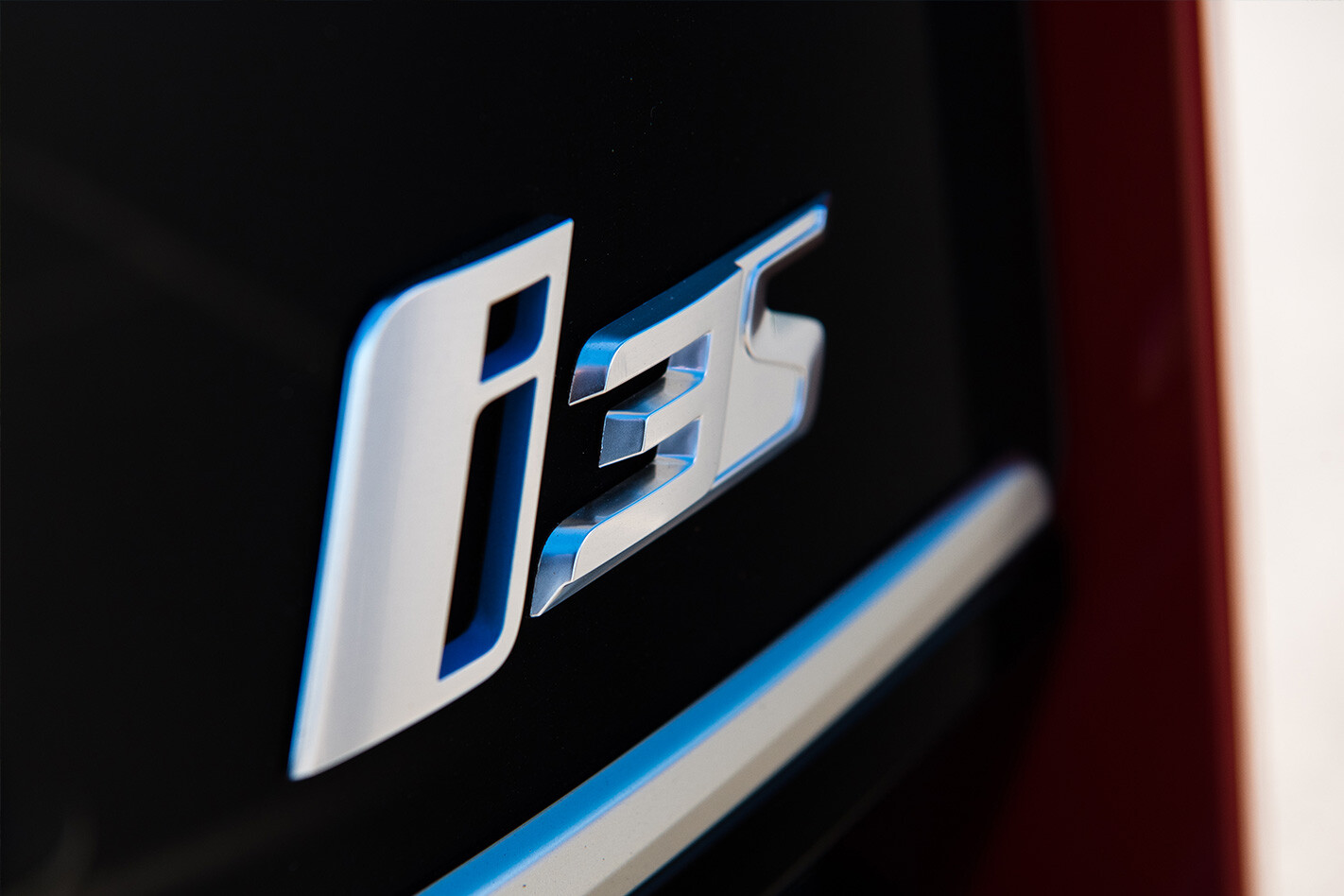 HOW’S this for a reality check. Right now, private buyers in Australia shopping for an electric car (that isn’t a $100K+ Tesla) have just one choice: the BMW i3. While the rest of the industry tramples over itself to blow more smoke about future EVs, the pioneering i3 is getting on with it, and has been since 2014.

In 2016 a 94Ah/33kWh battery upgrade boosted the WCOTY-winning EV’s range, and now this mid-life facelift introduces a sportier variant called the i3S in battery electric (BEV) and range-extender (REX) formats at a $1200 premium over the regular i3 models. 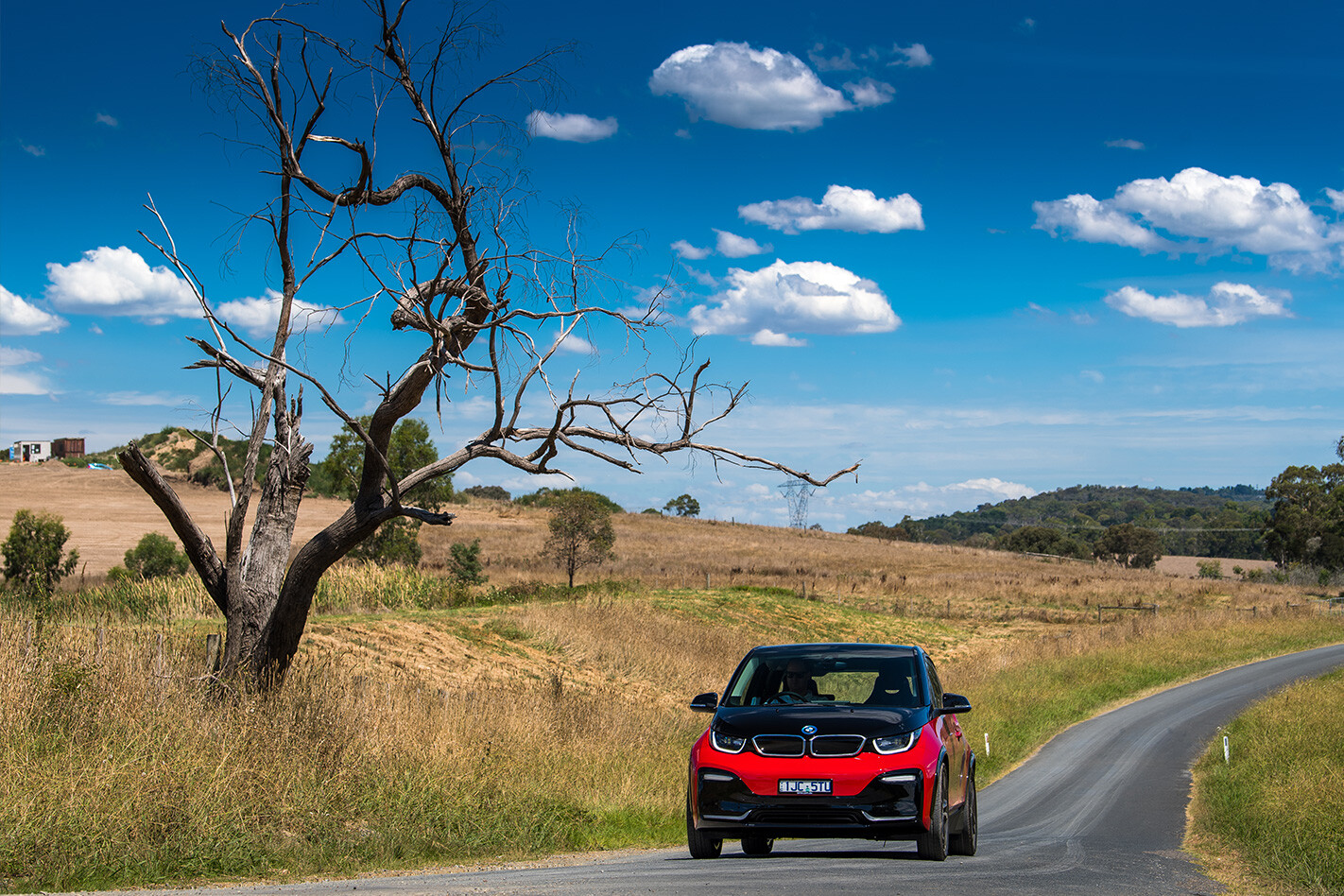 Peak outputs rise by 10kW and 20Nm to 135kW and 270Nm, but a more important change is in how it delivers performance. The electric motor spins to 11,000rpm, as before, but can now serve up more of its power beyond the 6000rpm point where the old i3 electronically tapered off. Zero to 100km/h acceleration improves by almost half a second to 6.9sec, with immediate, addictively grin-inducing step-off thrust that feels quicker than the numbers suggest.

A new Sport mode sharpens throttle and steering sensitivity in what was already an alert and agile car. A passive sports suspension is standard, lowering the i3S by 10mm using model-specific springs, dampers and anti-roll bars. The ride is firm and sends thumps through the carbonfibre body even at low speeds, but the pay-off is an i3 that’s raring to change direction on tyres that are 20mm wider and run on inch-larger wheels. 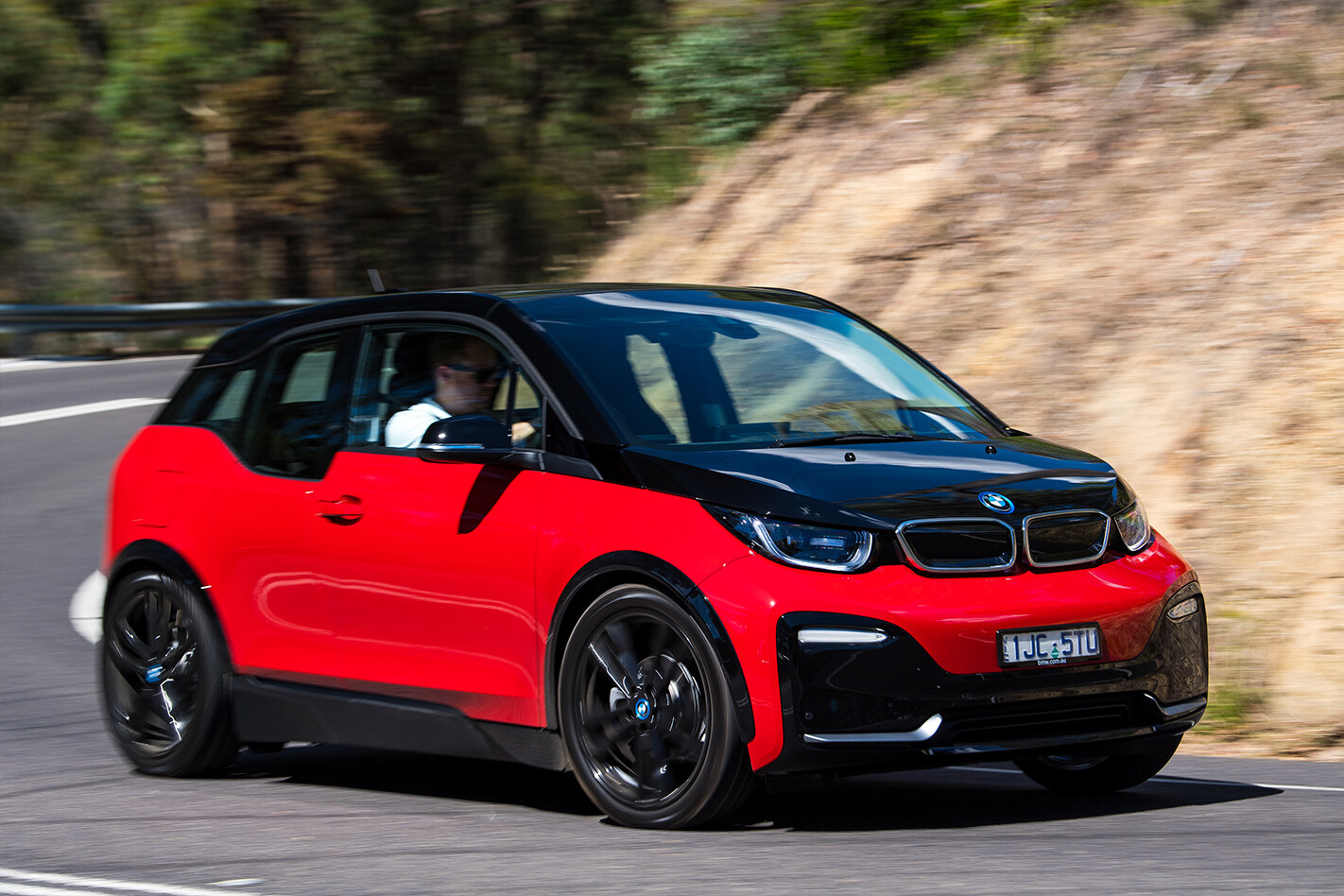 Those 175/55R20 front and 195/50R20 rear hoops are still skinny for aerodynamics, but don’t think that means a lack of grip. The i3S hooks into corners with only a hint of understeer before the deftly calibrated dynamic stability control intervenes. BMW intends to roll out this faster-acting DSC set-up to the rest of its line-up, and even suggests the prospect of mild drifts in the i3S.

Inside is where the eco difference is emphasised. A wider, higher-resolution 10.25-inch screen ‘floats’ above the sculpted dashboard displaying BMW’s latest iDrive 6 infotainment system. Sadly at this price, the i3S misses out on some active safety tech such automatic emergency braking and lane departure warning. Distinguishing the i3S in traffic are revised front and rear bumpers, fully LED lighting and bodywork that’s 40mm wider to fit over the car’s broadened track. 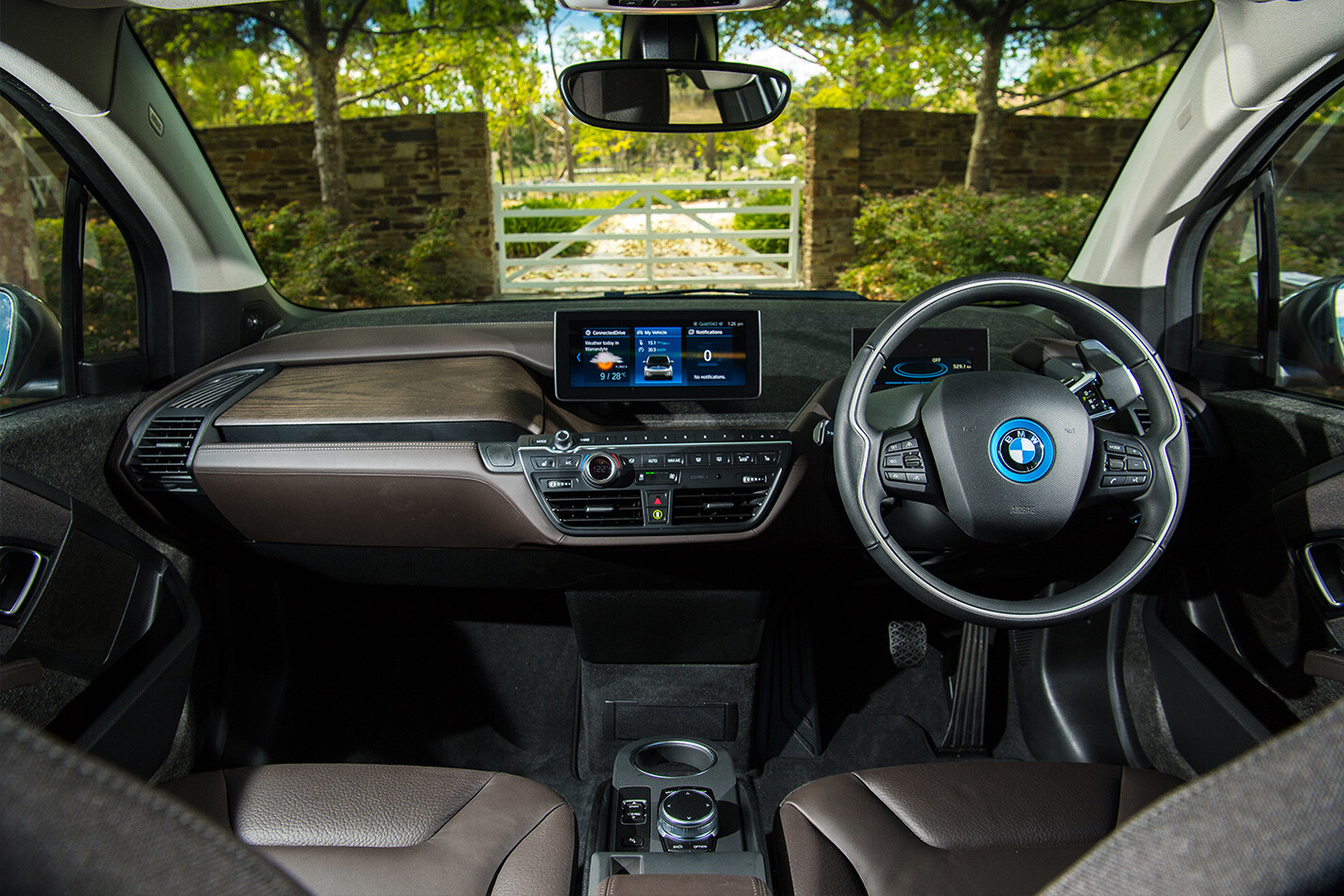 Charging should now be more convenient with BMW switching to the Type 2 CCS plug used in Europe and chosen by local operators as the standard for Australia’s emerging EV infrastructure. An 80 percent charge using a conventional domestic plug takes 15 hours, with the optional BMW-branded Wallbox ($1750) halving that. Claimed real-world range is 200km for BEV models and 330km for REX variants.

Vincent van Gogh died having sold just one painting, and though BMW has clearly sold more than one i3, there’s still a chance the fun-loving talent of this electric city car won’t gain the widespread recognition its owed until it’s no longer in showrooms and battery-powered driverless pods dominate the landscape. It’s a great car, and that would be a real shame. 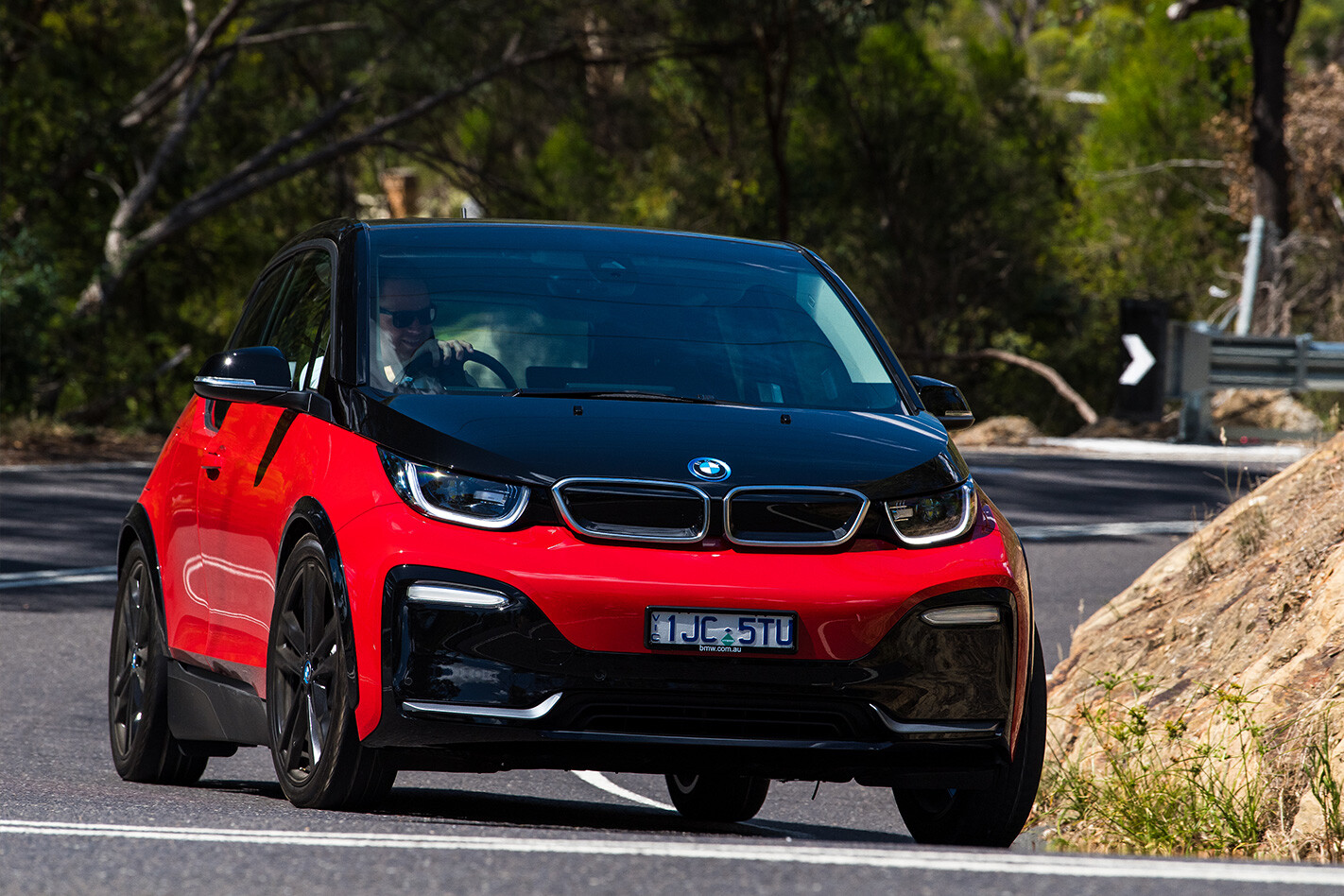