The magic of Performance Car Of The Year is that there are no truly bad cars. Any contender present has rightly earned its spot on the shortlist, an achievement in itself.

This was especially apparent with the Ford Fiesta ST, which shocked all in attendance of our week of testing at the end of 2020 with its unmatched fun-per-dollar factor. Indeed, at $32,290, the humble Fiesta was the cheapest car in at this year’s PCOTY, and yet its keys were as hotly contested at the brekky table as those of far more expensive competitors.

While that asking price represents a $6000 increase over the previous generation, you’re getting a whole lot more kit for the money. Overseas, the Fiesta ST comes in three variants, plus an additional optional performance pack, but the Australian model (whose launch was delayed by almost a year as Ford Oz hashed out its packaging) comes fully loaded: heated Recaro seats, Bang & Olufsen sound system, Michelin Pilot 4S tyres, Quaife LSD – the lot! 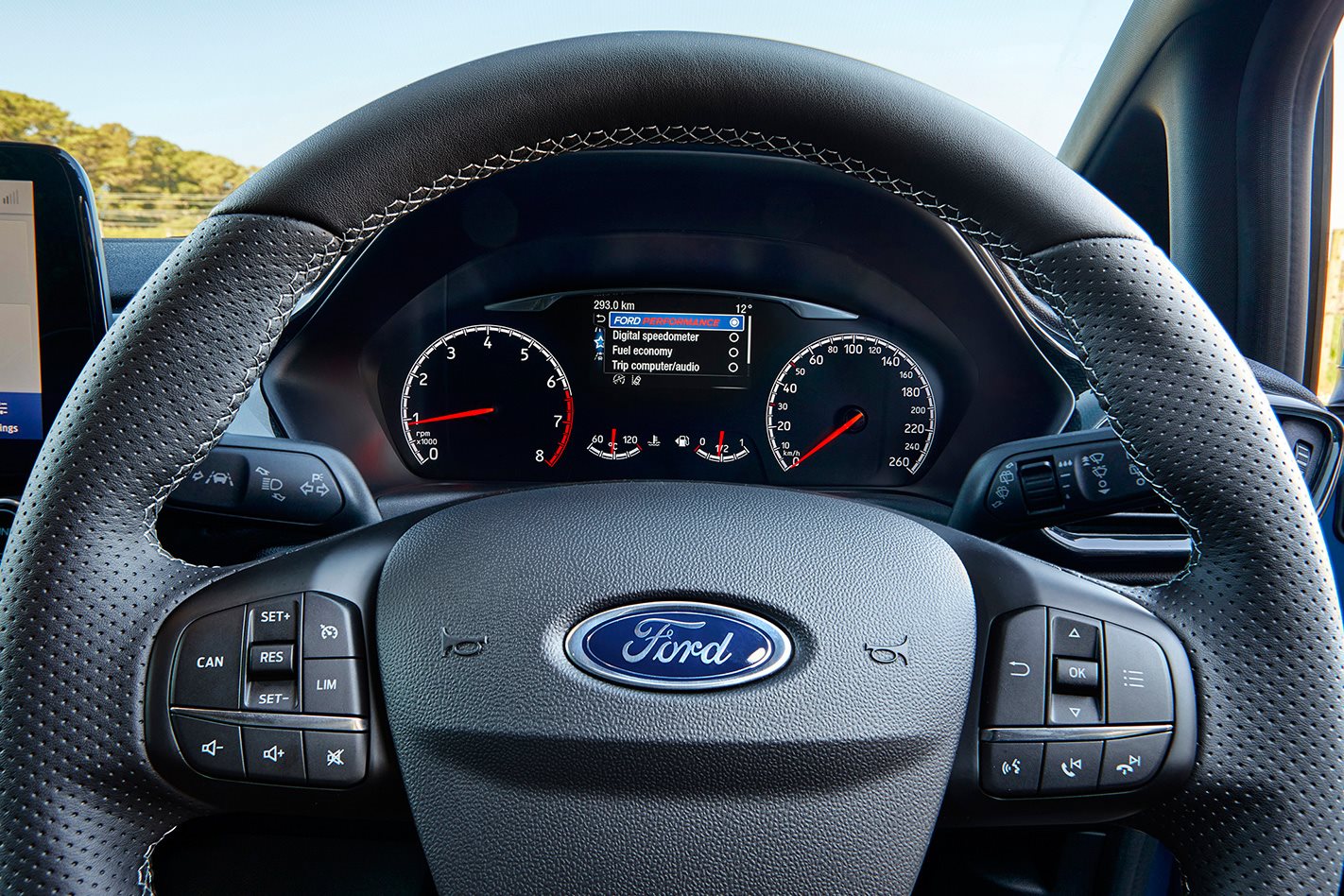 Overall, it’s a far nicer car and feels much more premium than the outgoing model. The cabin is much more ergonomic thanks in part to a lower seating position, and is a much nicer place to be than the old sixth-generation’s cabin of basic materials and smorgasbord of buttons. You also get keyless entry, an 8.0-inch touchscreen with smartphone mirroring and Ford’s SYNC3 system, plus a heated leather steering wheel, auto headlights; and autonomous emergency braking, blind-spot monitoring, lane keep assist and forward collision warning - all usually a part of an optional safety kit in overseas markets.

Initial impressions are good then.

Hit the starter button, and the throaty 147kW turbocharged three-pot rumbles into life. It has a surprisingly vocal note, certainly not obnoxious or egregious by any means, but it’s there and gives hint to the car’s pugnacious nature. It’s a fairly tractable little unit with a surprisingly wide power band, and peak torque (290Nm) arriving at 4000rpm. 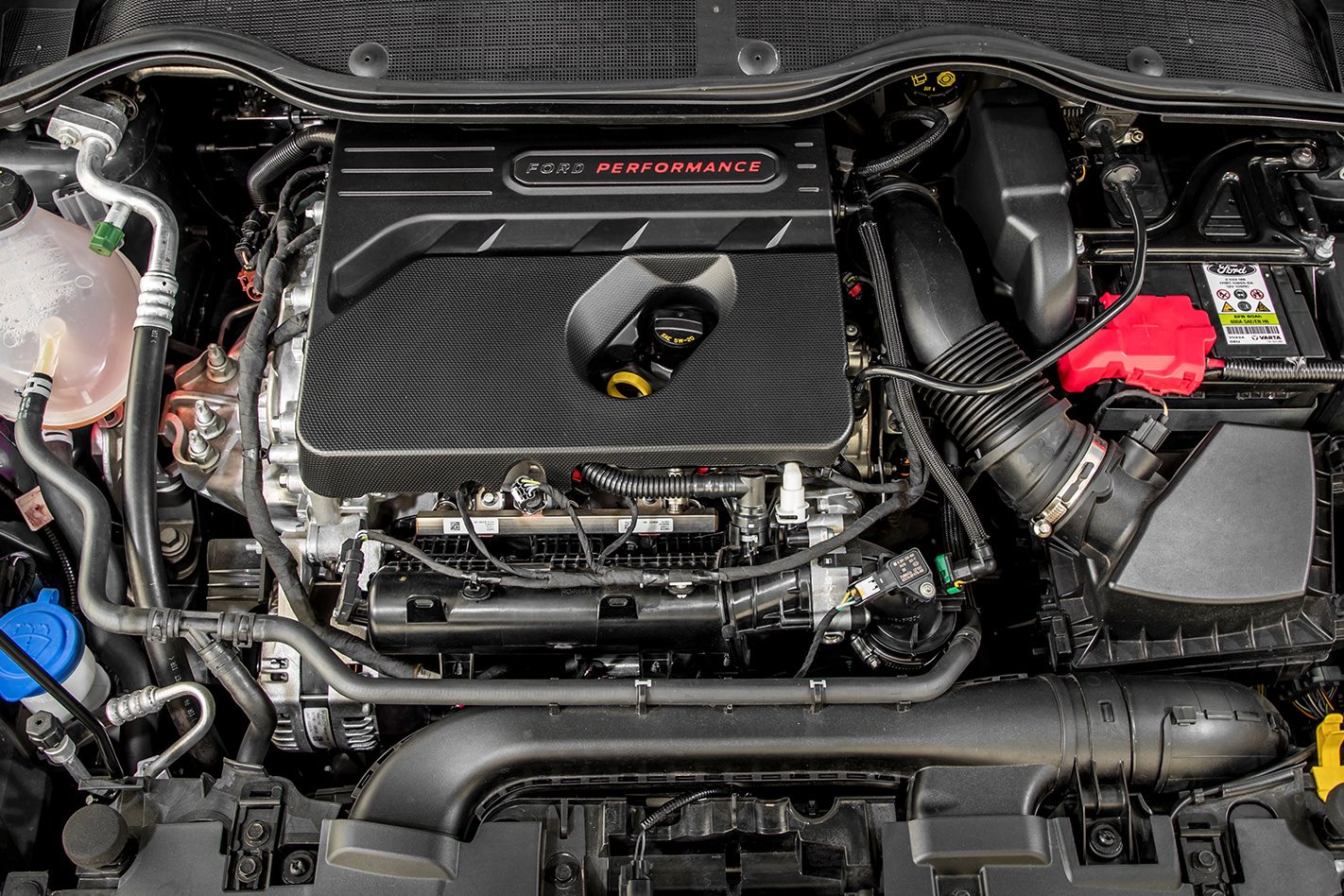 The clutch action has a nice weight to it, and the pedals are well-spaced apart for heel-and-toe shifting – although at low road speeds I’ve found you have to be carrying quite a pace and quite deep in the brake stroke to get a good ‘heel’ in. The shift action is light and direct with a short throw. The gearbox may not be as ‘click-clack’ sharp as, say, a Civic Type R - but beneath a thin layer of slush, you do find clearly defined gates and shouldn’t be missing shifts.

The brakes have a very strong initial bite however, beyond the initial grab, perhaps lack a little feel in trail braking or transient braking circumstances. Initial rebound can be a little harsh on speed bumps or larger pots in the road, however these are more keenly felt by rear passengers. There is an underlying compliance to the ST however, and offers an attractive duality in its ability to simply be a Fiesta when the inner-city speed limits call for it. But when the metro speed limit goes bush, and Melbourne’s grid-like street system turns into tight Victorian mountain hairpins, the feisty Fiesta comes alive.

READ NEXT: Performance Tested - Exactly how quick is the Ford Fiesta ST in the real world?

Steering is very nicely weighted, communicating well through the pleasantly sculpted heated steering wheel, through to a razor sharp and accurate front end. Once you edge towards where you think that threshold of grip and understeer is; more steering angle, more throttle, earlier; you quickly learn that the Fiesta’s mechanical grip levels are significantly beyond what you may have initially thought. 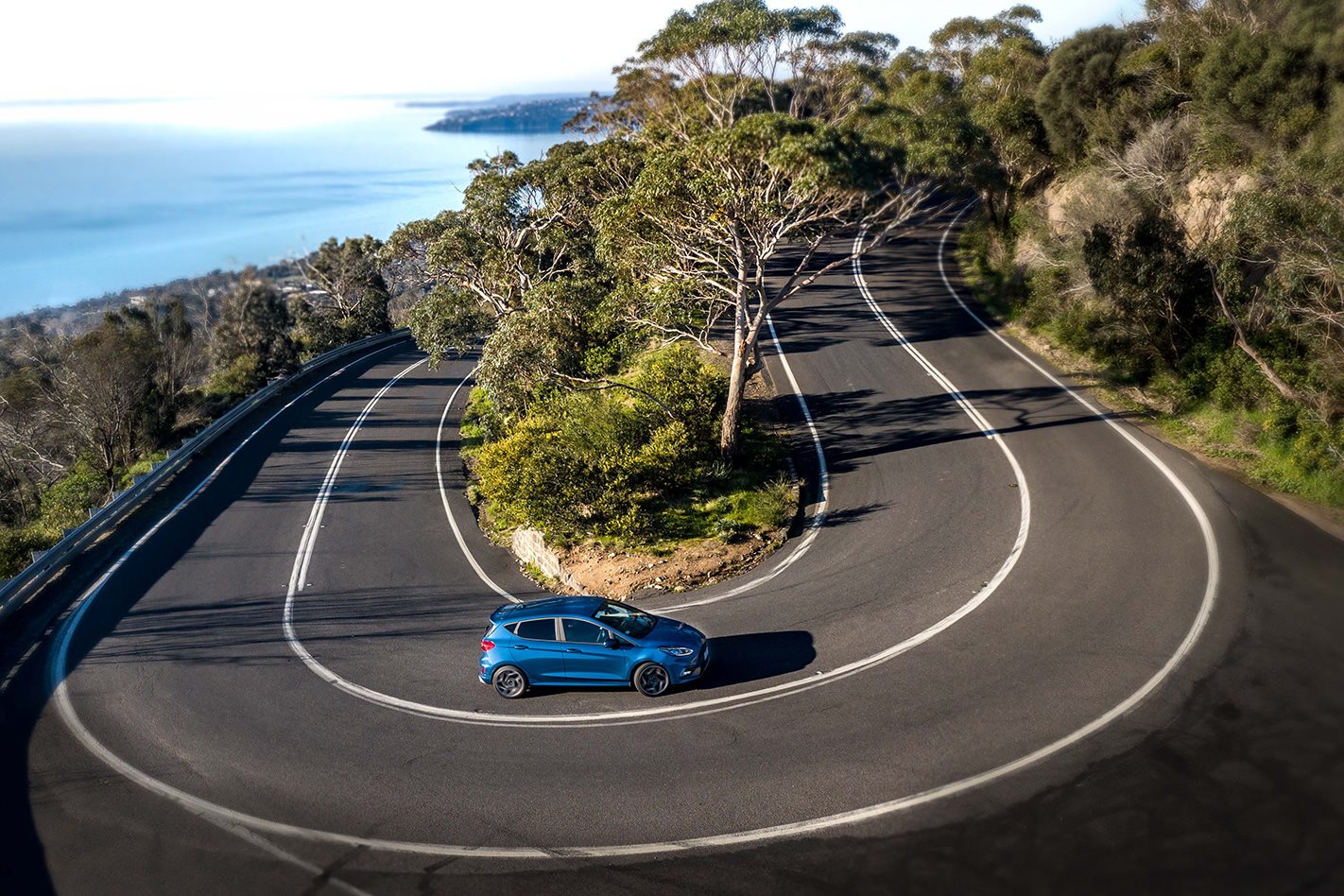 There is some occasional force feedback through the steering if you power on early enough out of a corner as its front paws scramble to pull forward 1217kgs of heated hatch. But on the tightest of twisties, you’d be hard pressed to find a car - at any price point - that would walk away from the Fiesta ST. Editor Enright anecdotally spoke of one PCOTY moment, of having to turn the effort up a bit in an A45 S in order to catch back our resident madman Scott Newman at the wheel of the Fiesta ST.

And even if you do find a car as capable in the bends, it would be harder again to find one more fun.

It’s a supremely impressive hatch that scores tremendously well on first impressions. But the open roads of PCOTY may as well be another world and the harsh reality of getting stuck behind caravans and Friday afternoon traffic on the way home from our week of testing was a sobering return to earth.

Will the Fiesta ST continue to impress as it graduates from a week-long fling to a live-in companion? Thankfully I’ve got the entire hustle and bustle of the holidays to find out! More to come. - AA 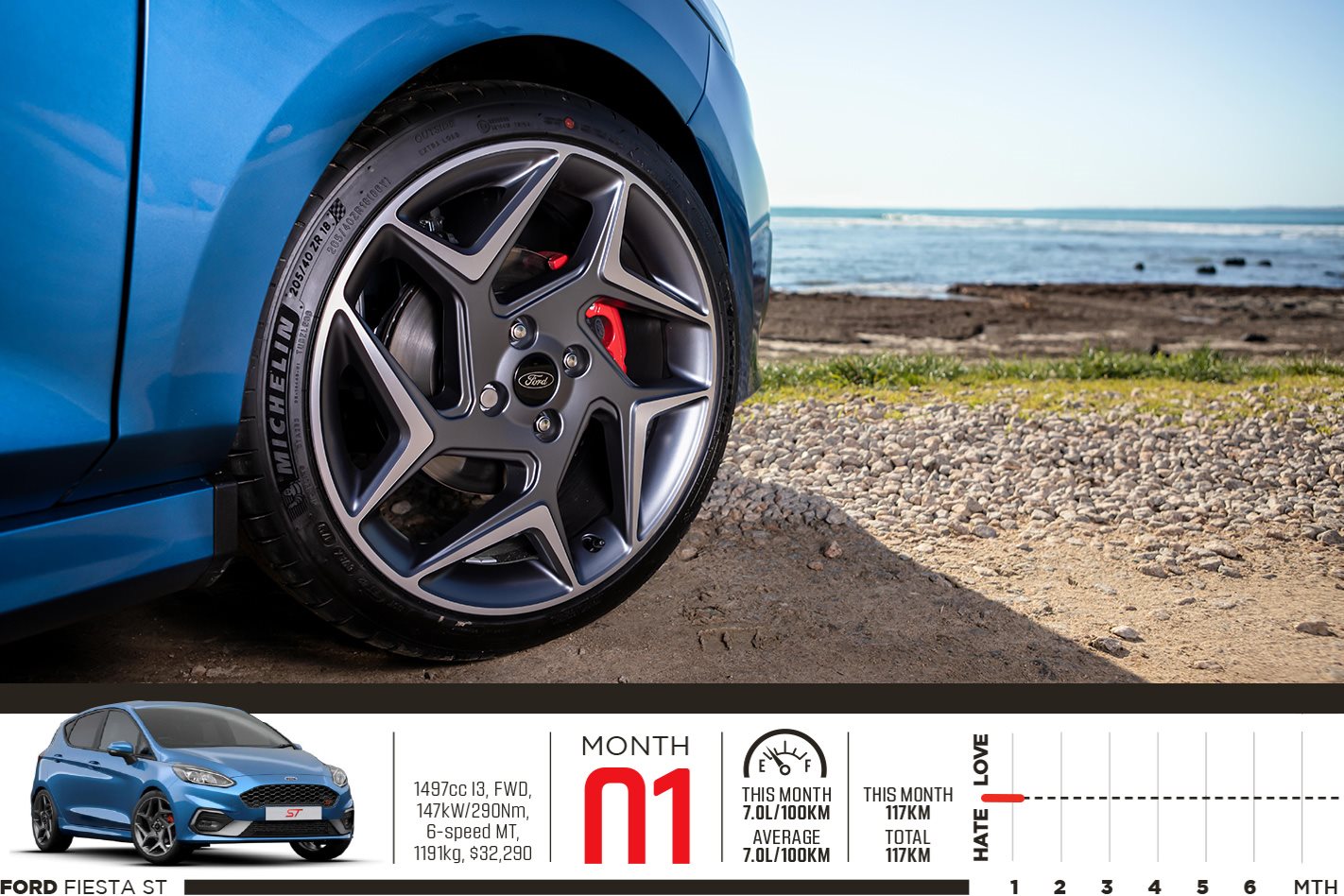