The remark from one judge on the Ford Fiesta ST sounded as casual as it was controversial. “I reckon,” he said between swapping cars on the road loop, “that Fiesta ST might have the best steering here.”

Granted, this was before we got stuck into the big-money stuff, but the claim gave us something to chew. How could a turbocharged front driver that costs $32,490 come anywhere near the purity, purchase and feedback found in cars that cost so much more? 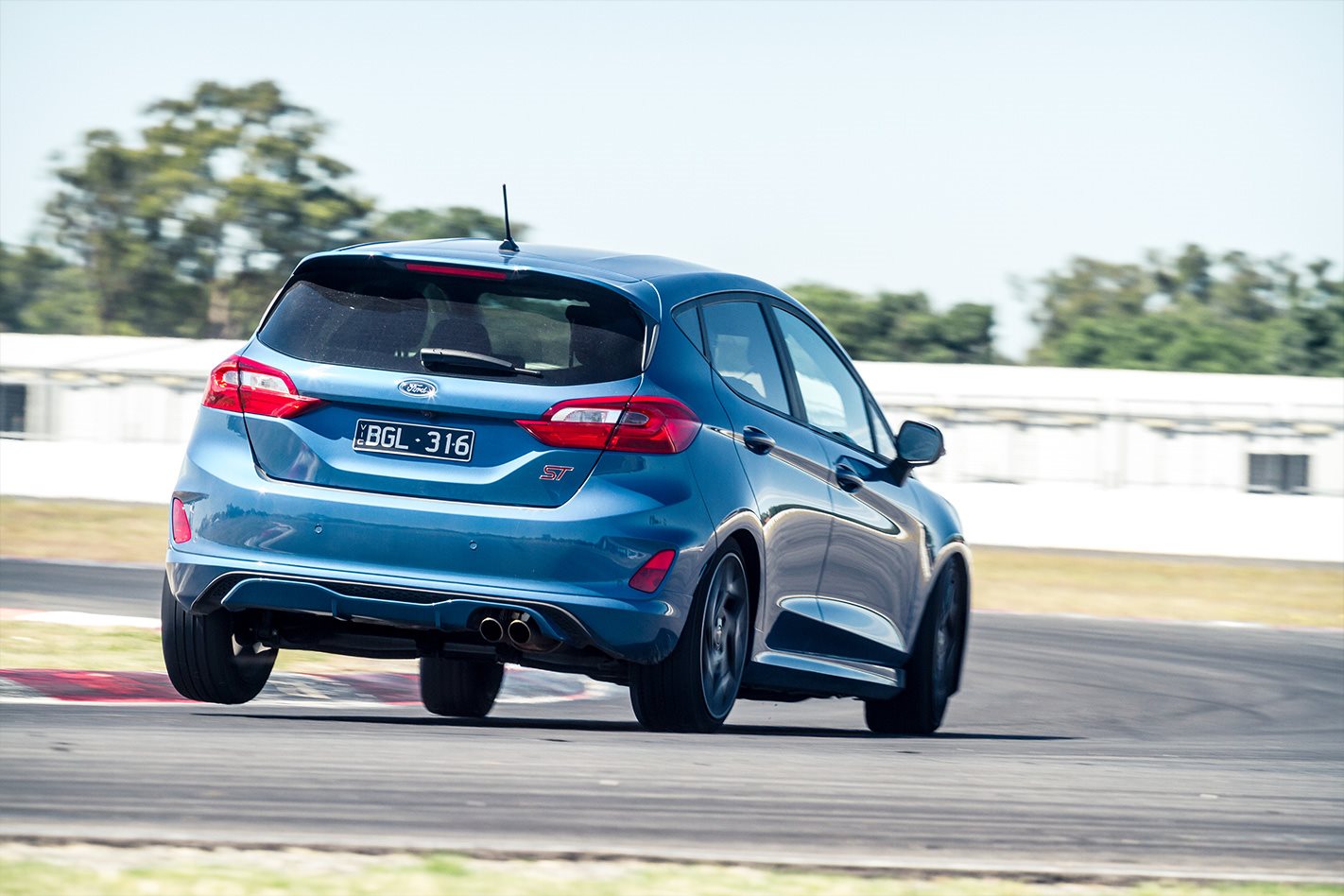 You can only strap into its chunky Recaro seats to find out. After all, figures would never do a car like this justice, so it needs to enchant you in other ways. But boy, does it deliver from the front seat.

Back to the topic, the steering is ultra-fast, locking on to your target with an almost instinctual immediacy. It’s also accurate, but it’s the action, linear in how it loads in weight and texture, which feels like your palms are dragging along the ground.

Throttle no longer corrupts the front-wheel-drive experience as much, either, now that a new Quaife ’slipper keeps grunt in check. Mind you, 147kW and 290Nm aren’t much, even among rivals outside of PCOTY, and the Fiesta ST was the slowest car by every measure. But the turbo three-cylinder makes meaningful progress and felt adequately geared to keep much faster cars in view on our road loop. 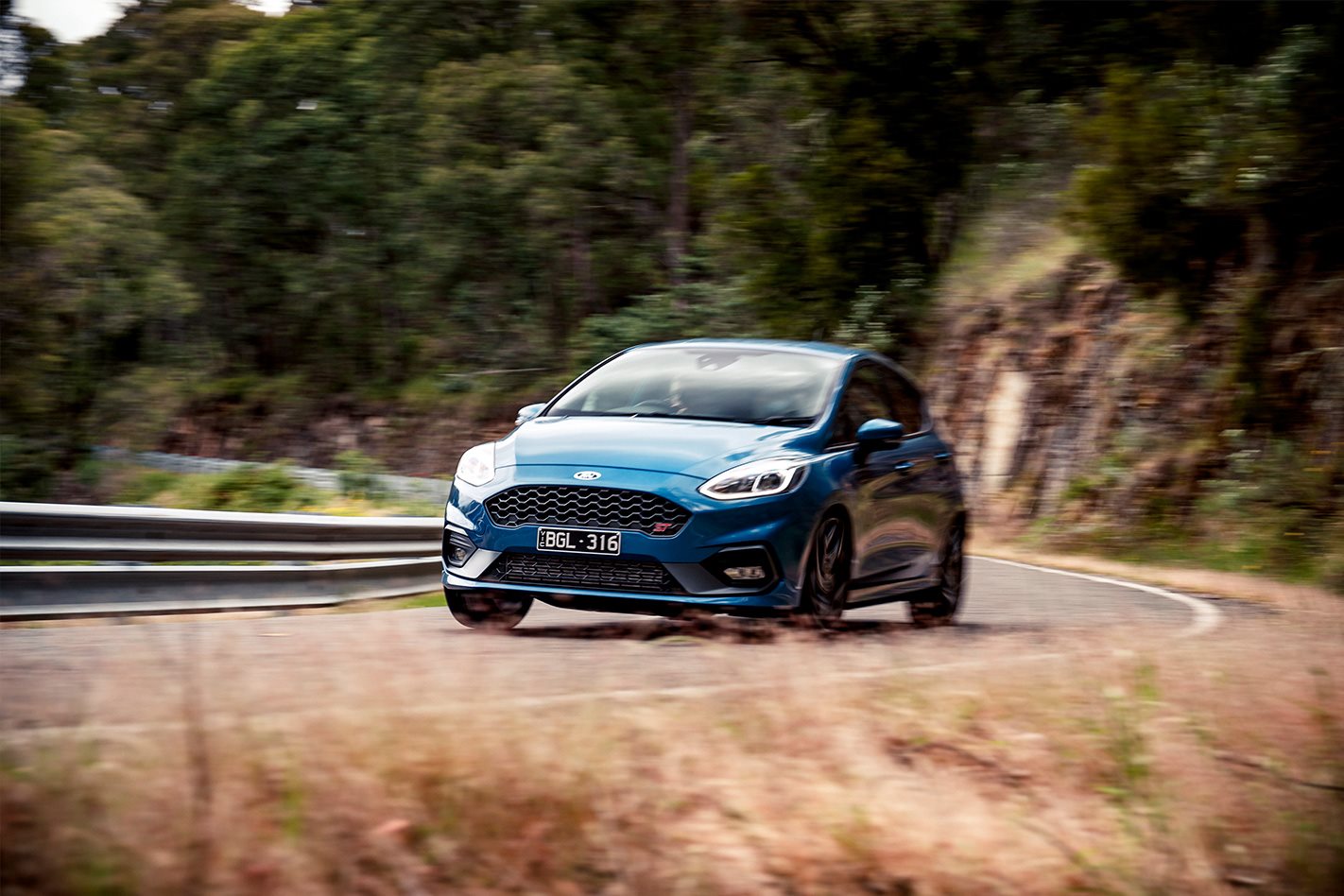 Crucially, it’s how the steering and throttle communicate with the Fiesta ST’s chassis that enlivens the recipe. The torsion-beam rear setup still loves to activate, rotating the ST nicely when you’re sending it into corners, but it’s so much more progressive and soft-handed than before.

The six-speed manual shifter, as well, only engages you more, and while it’s not the last word in slickness, it’s vital to feeling integral in the whole effort.

You’re never in danger of the ST doing something unexpected, which goes a long way to building a rapport you can exploit on winding roads. And it’s this improvement on accessibility compared to its predecessor that speaks volumes on how it’s dispatched a Porsche Cayman GTS 4.0 and Audi R8 V10 this year.

Yes, the Ford Fiesta ST still rides with the absorbency of bricks on 18s and sounds under-baked from the outside, but it is a car you ‘get’ by the first corner and every one after that. Long may it live. – LC 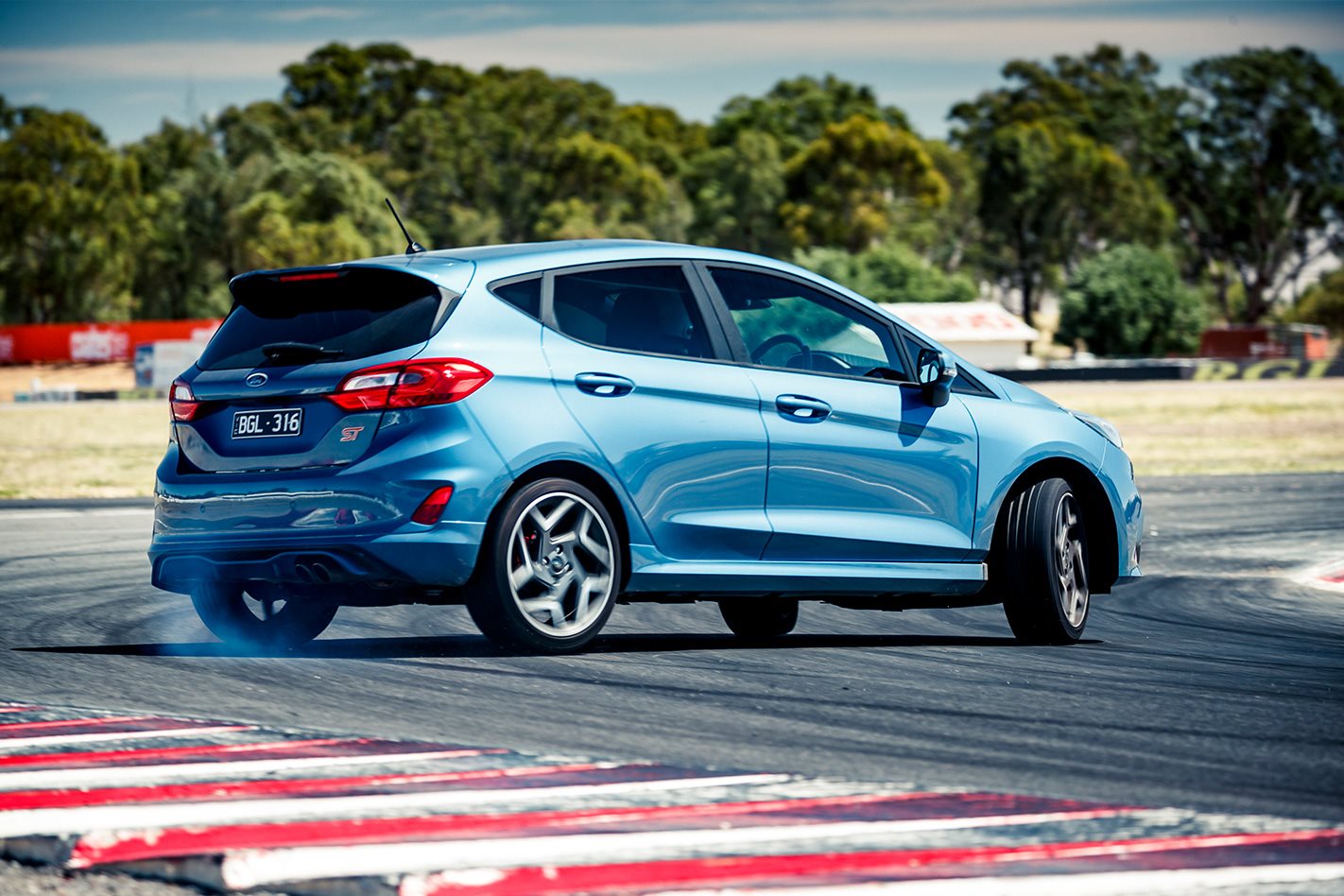 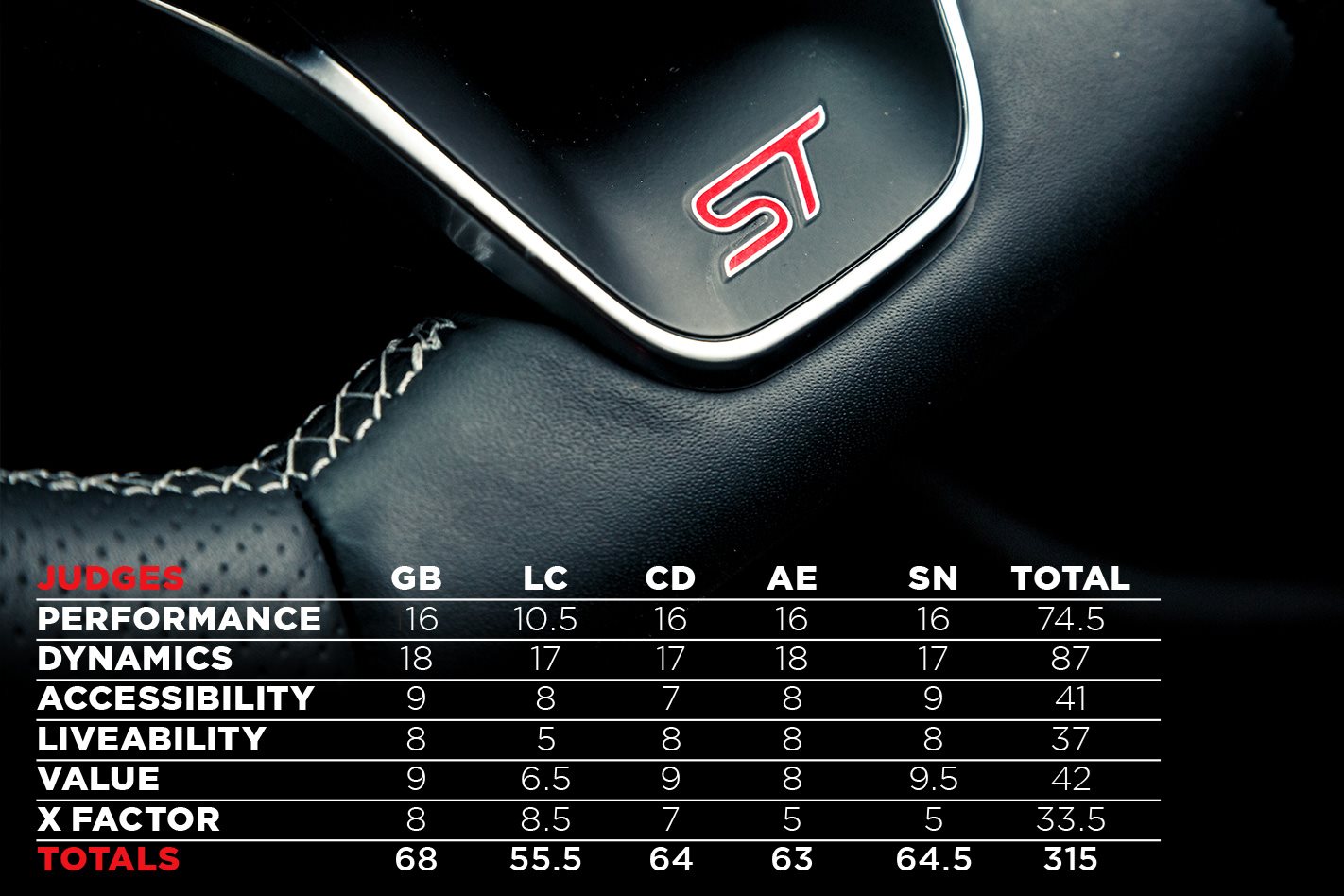 Butler 3rd
So much fun in such a small package

Cordony =5th
Will dent some big egos on mountain roads, and rattle bones on bumpy ones

Enright =4th
Throws the Yaris’ shortcomings into stark relief. Adjustable, eager and gets better the harder you push it – $32K well spent

Newman 3rd
Brakes aside, a triumph. All the car many could need or indeed want