THE Ford Bronco might be one of the classic American 4x4 vehicles, but there was a time in its 55-year history when they were made and sold in Australia.

Well, they were assembled here, at least, in Ford’s local factory between the years 1981 to ’87. But with a selling price of around $15,000 the Bronco was priced like a Range Rover in Australia, so it was never a huge success while the four-wheel drives from Datsun and Toyota were prominent.

Graham Cottam remembers the Aussie Broncos well and sought out a tidy example when he was looking for a 4WD in recent times. 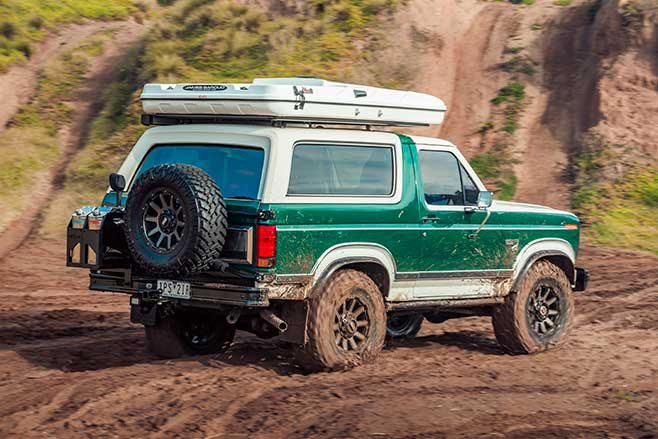 “I always liked this model back in the ’80s,” recalls Graham. “The Bronco has a good reputation as a vehicle that can go anywhere.”

Graham found this 1983 Bronco XLT with a surprisingly low 60,000km on the clock and in very good condition.

“It had been resprayed and had a very clean chassis,” he says. “Someone had spent a lot of money on it before I bought it.”

DESPITE its good looks, the Bronco still needed some freshening up to get it to what you see here. The Australian Broncos were fitted with Australian-made engines, either the in-line six-cylinder or the 351 Cleveland V8. This one has the V8 and it was rebuilt by Lakeside Automotive in Melbourne. 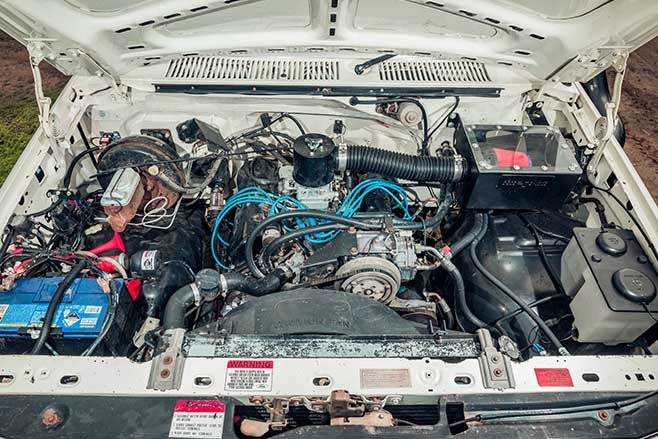 Bored .30-through and fitted with new pistons, a Crow camshaft package, fresh 2V heads and a Holley four-barrel carb, the ‘Clevo’ now makes around 350 horsepower to motivate the vintage Ford like never before. The transmission is a GM TH700 four-speed that was fitted by a previous owner, and the part-time 4x4 system remains the original Ford/Borg Warner setup. Front and rear locking diffs were fitted by a previous owner.

While the Bronco might have been popular in the USA where it maintains a strong aftermarket support base, its appeal and lifespan here in Australia were limited, so getting the right parts for one locally is a bit more of a challenge.

“I considered importing gear from the USA,” says Graham, “but shipping costs proved prohibitive and then COVID came along and threw shipping into chaos. Fortunately I found Tom and Jay at All 4 Fabrications and I couldn’t be happier with their work.” 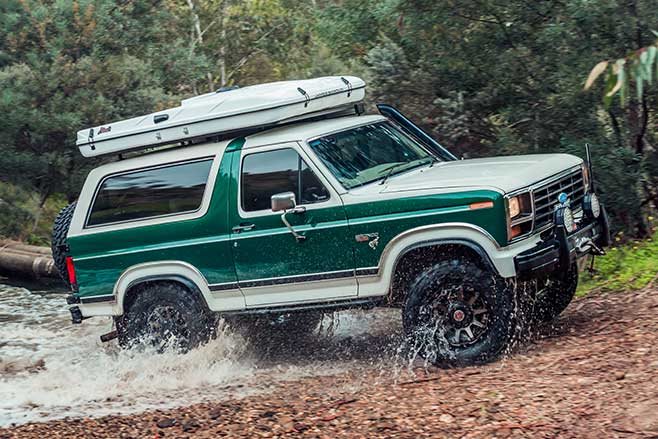 Tom and Jay took the typical Aussie approach of, if you can’t readily access something for a build just make it yourself, and they set about fabbing up custom bar work and accessories for the Bronco.
“Pretty much everything on it is custom made,” Tom told us of the build.

Starting at the front, the original bumper was modified to accept a winch cradle, and light and aerial mounts. These are now home to a Warn winch, Bushranger Nighthawk LED lights and a GME antenna.

All 4 Fab custom rock sliders run down the flanks of the Ford to protect the sills from off-road damage, while the rear bumper was strengthened and modified to accept a spare wheel carrier and swing-out jerry-can holder.

All the custom bar work has been powdercoated for protection against the elements with Abraze Away blasting, cleaning up the products before Jager Coatings applied the powder. 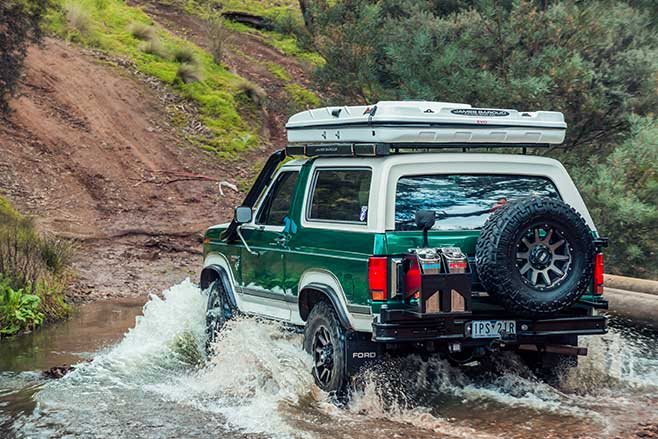 The four-inch snorkel exiting through the front ’guard is also the work of All 4 Fab, and the boys also whipped up the custom airbox with a pod-style filter and adaptors to the Holley carb.

The custom work didn’t end there, though, with the boys fabricating the roof rack and a storage system for the rear of the cabin. The rack carries the James Baroud rooftop tent and it is, in turn, supported by a custom roll cage in the rear of the vehicle that mates up under the roof.

Also in the rear is a roller-drawer setup that houses the second battery controlled by a REDARC unit among other travel essentials, with an MSA drop slide and 65-litre Waeco fridge on top. A custom switch panel provides control of the LED internal and external work lights.

BRONCOS might have been considered good off-road vehicles by American standards, but they never really clicked for the local version of outback touring we do here. Graham has improved his rig’s ability to take on rough tracks by fitting 35-inch Trail Grapplers on 18-inch wheels.

The third-gen Broncos of the ’80s had a unique front suspension that Ford called a Twin Traction Beam (TTB) design. While previous generations simply had a coil-sprung live axle, the TTB was independent but tried to keep the axle travel of a live setup by splitting the axle in two long sections that pivot at the outside ends; the axle supporting the right-hand side wheel pivoting on the left-hand side of the chassis and the left wheel axle on the right. 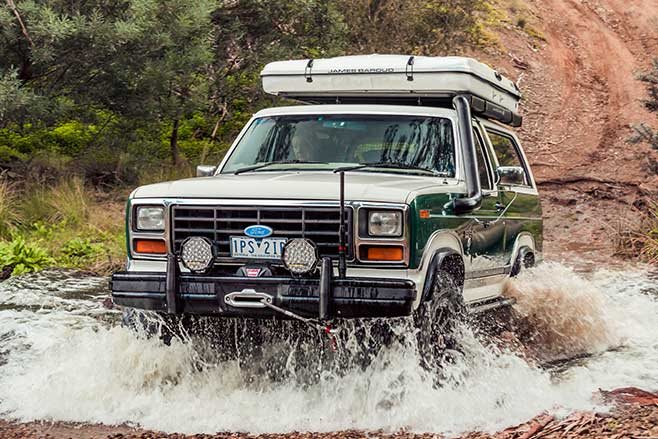 The axle leading to the right-side wheel also housed the Dana 44 differential, while a uni-joint in the left side axle allowed it to travel independent of the right. That’s the gist of the TTB idea, but it worked well and is still used by many vehicles in off-road racing today.

This relatively unique design didn’t pose too many problems when it came to upgrading the suspension on Graham’s Bronco. The two-inch-taller coils at the front are controlled by EFS Elite Series shocks, while another pair of EFS shocks are at the back working with reset leaf springs. Carrolls Springs also added an extra leaf when resetting them to help carry heavier loads over rough country. 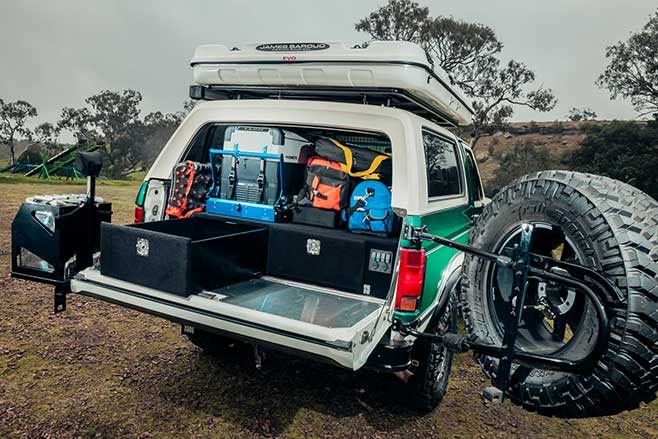 While the updated suspension certainly improved the ride quality of the Bronco, it is still a relatively short wheelbase vehicle so the Broncos are known to buck a bit. Graham rides comfortable, though, in a pair of leather seats adapted from the local FPV Pursuit Falcon. An Alpine sound system and GME UHF radio add a bit of modernity to the retro rig.

While the Bronco might not be everyone’s cup of mud, we expect interest in these older models to increase as they become classics and the forthcoming 2021 model revives the nameplate. Graham has created a great example of the breed for himself and it’s one that should be capable of taking him wherever he wants.

“Driving the Bronco around relaxes me,” he told us. “Maybe I’ll tow a caravan around Australia with it when I retire.” 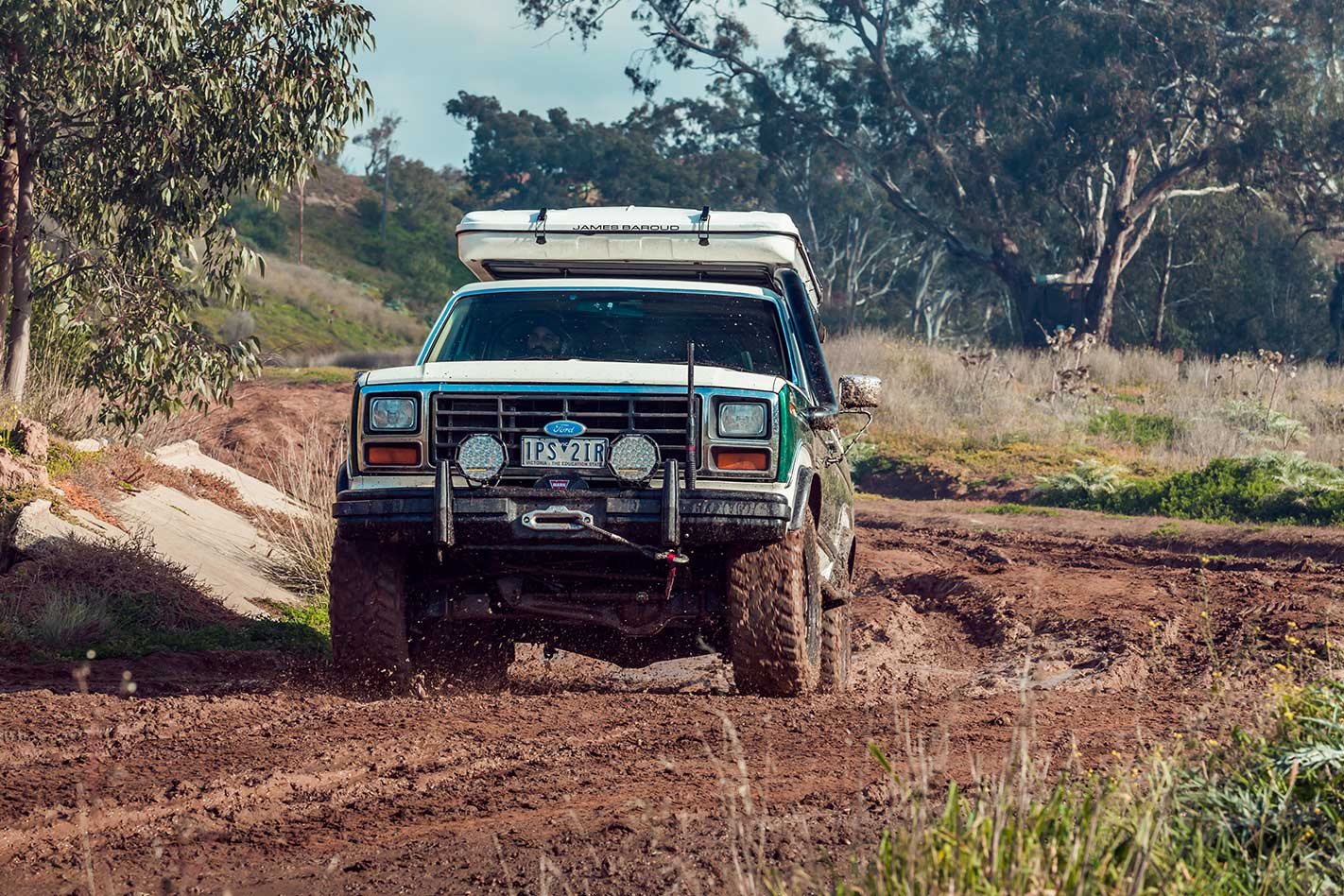 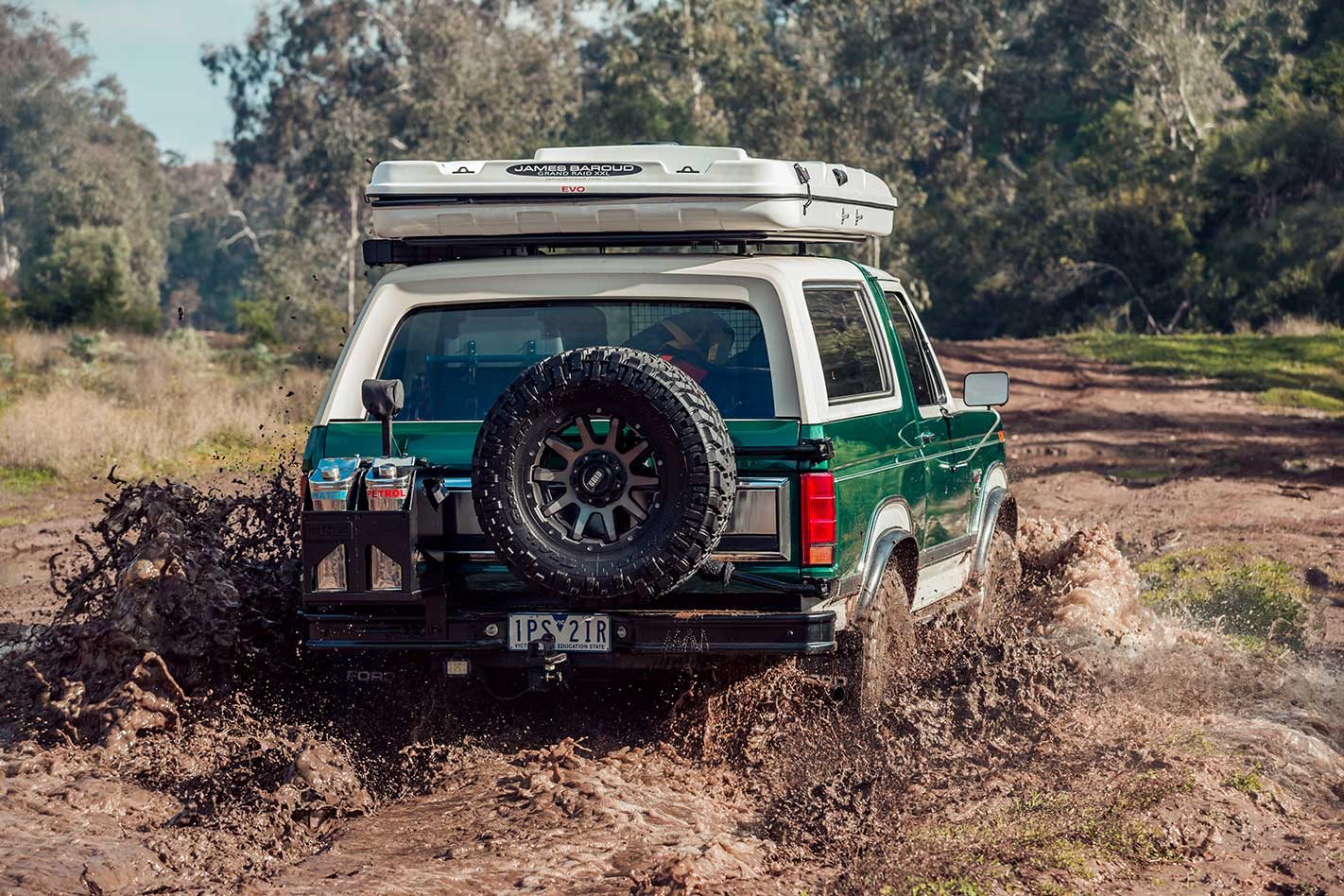 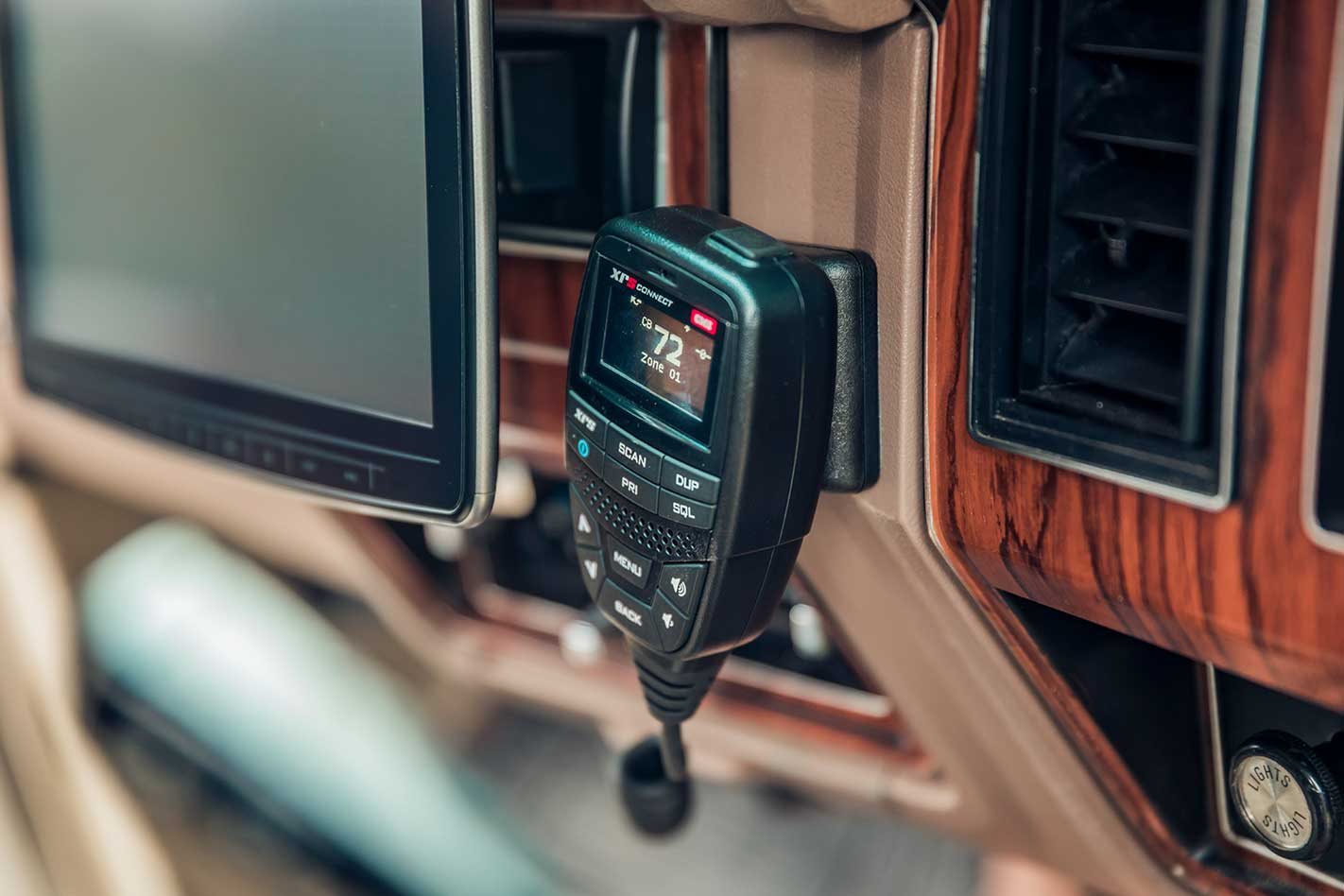 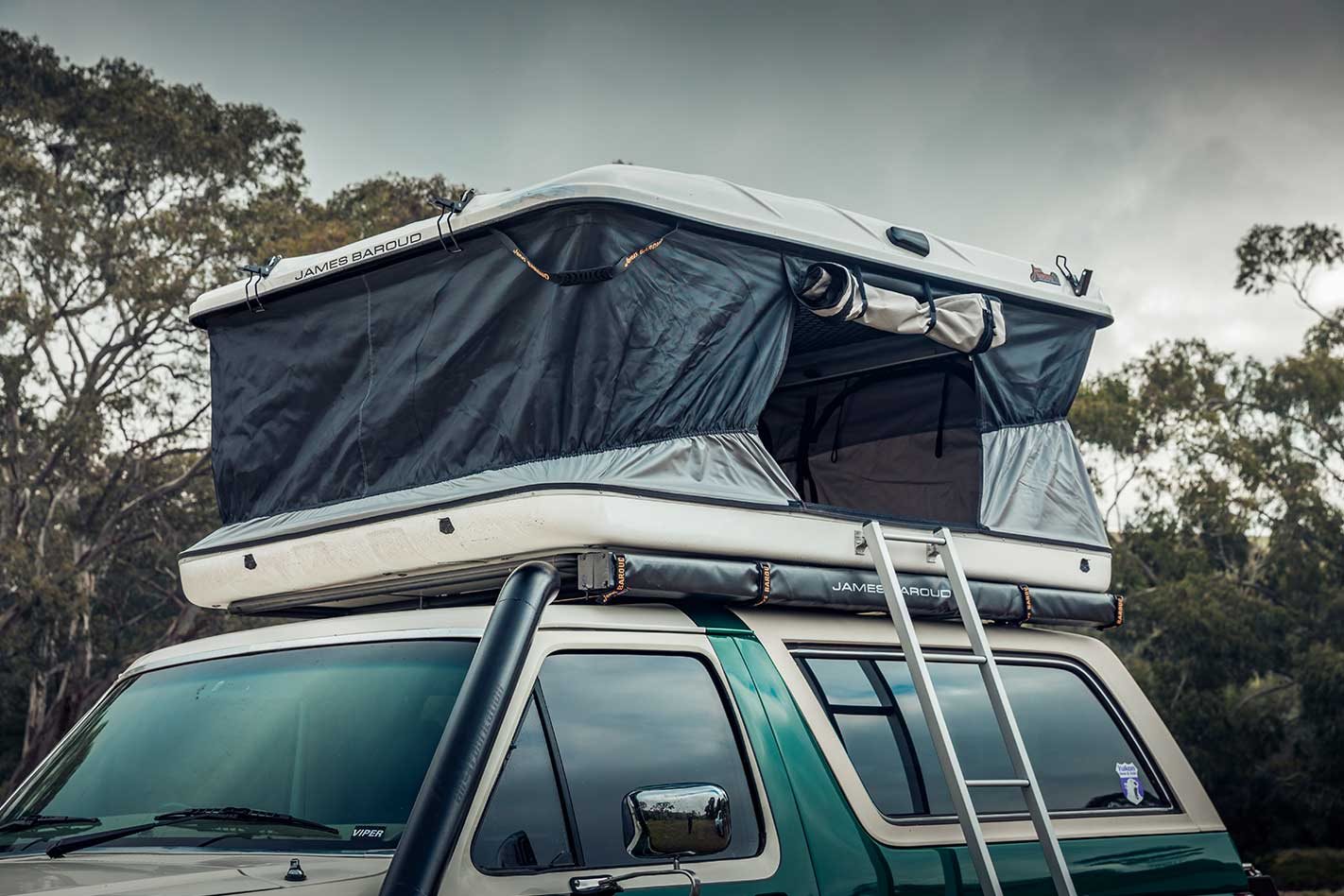 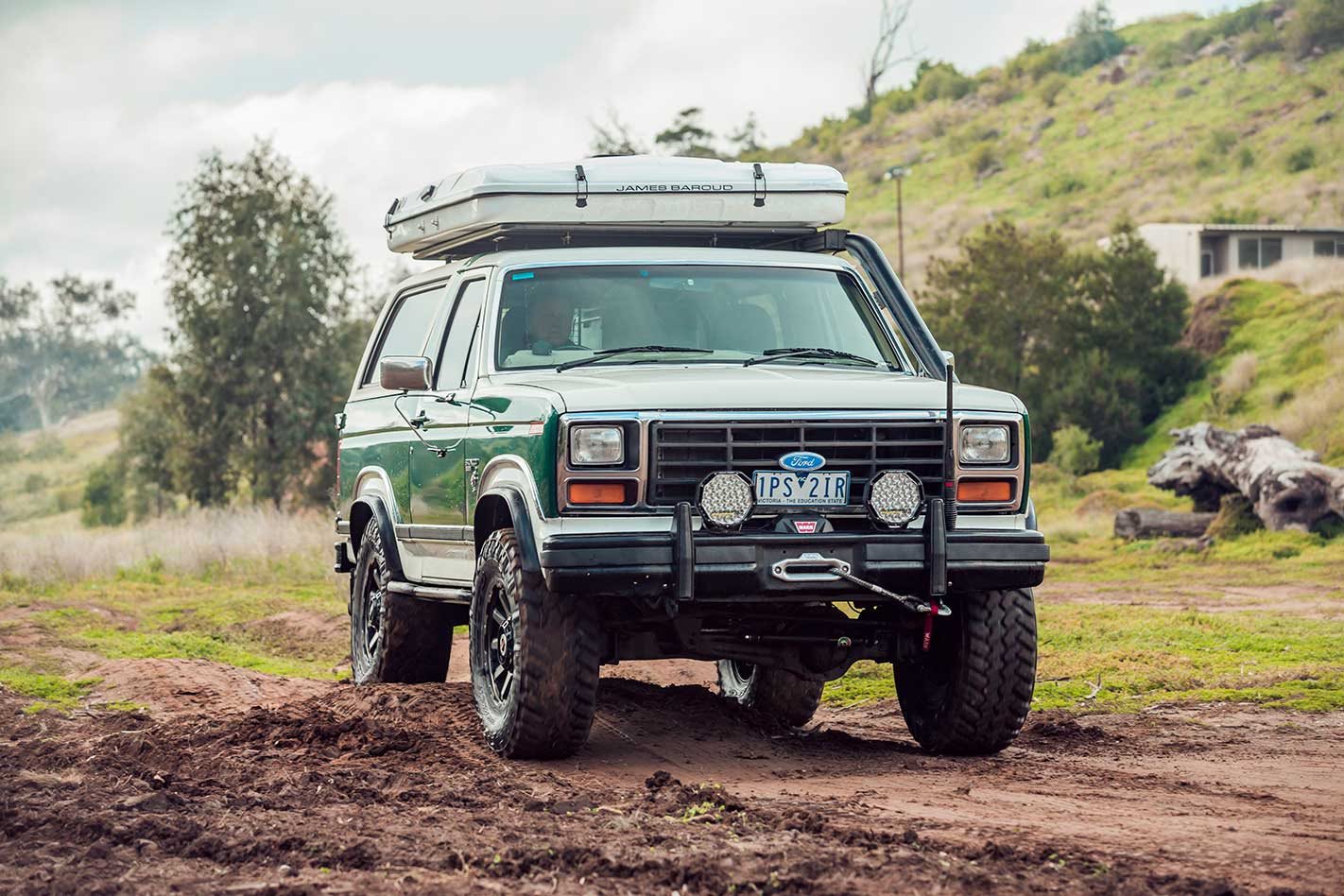 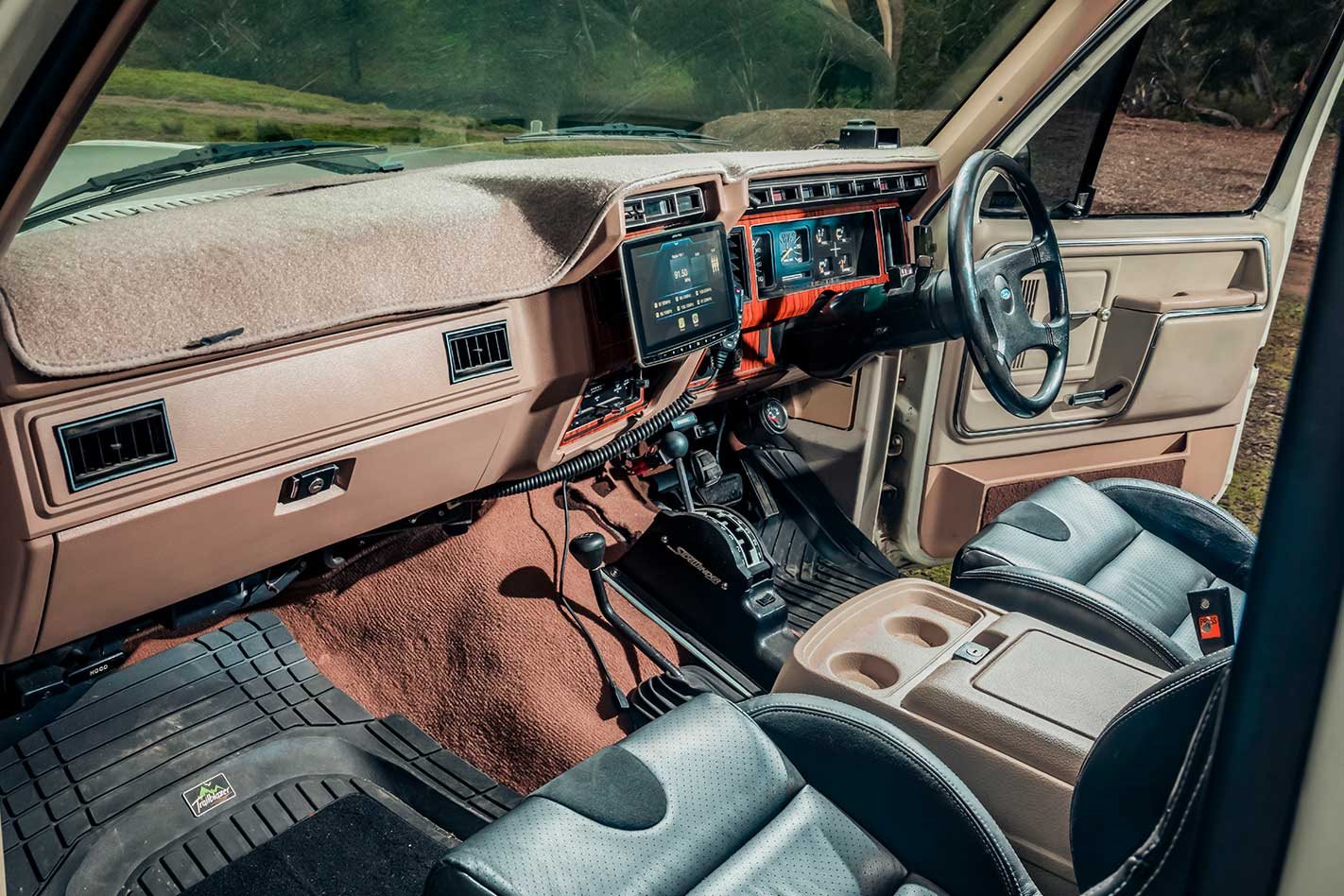 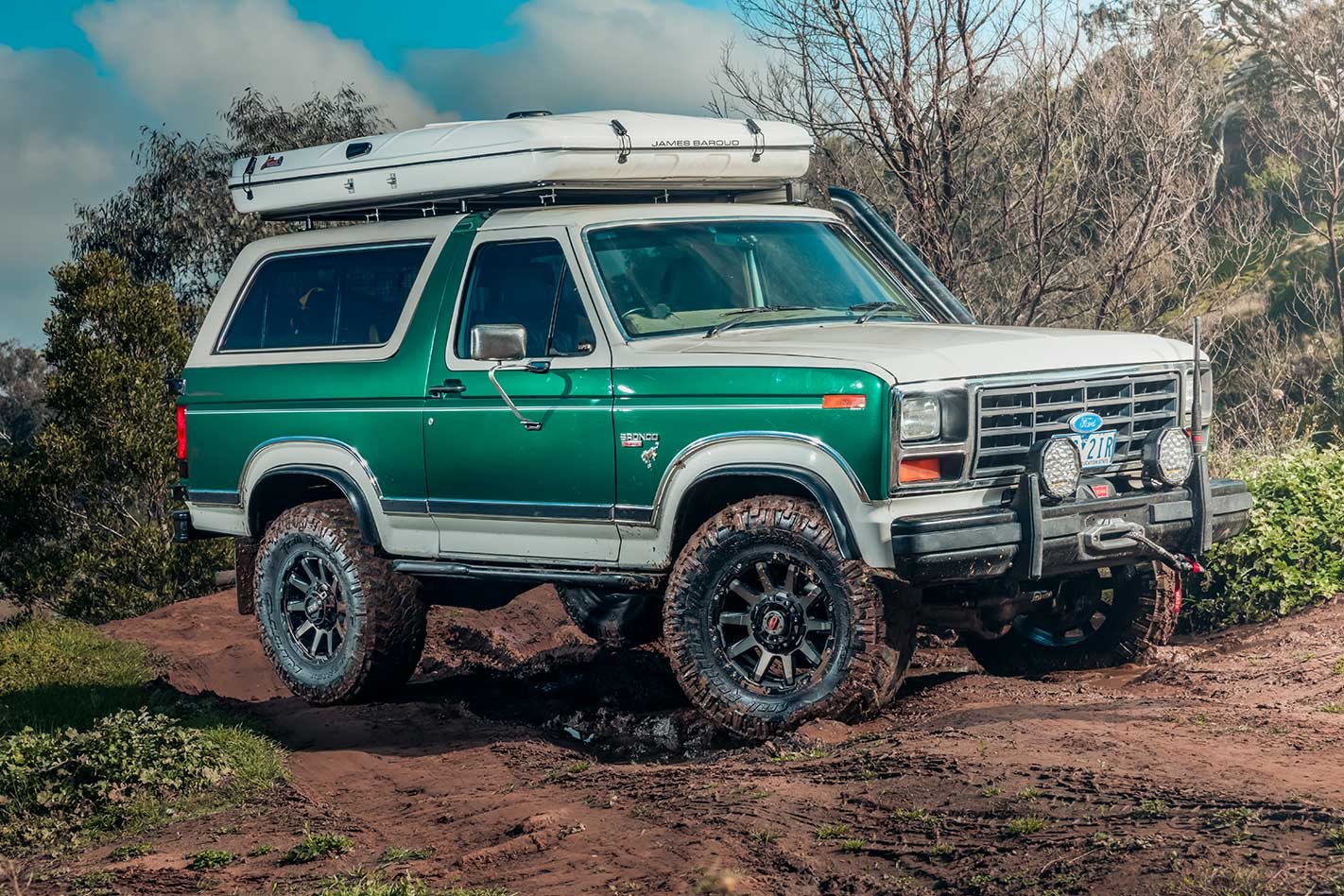 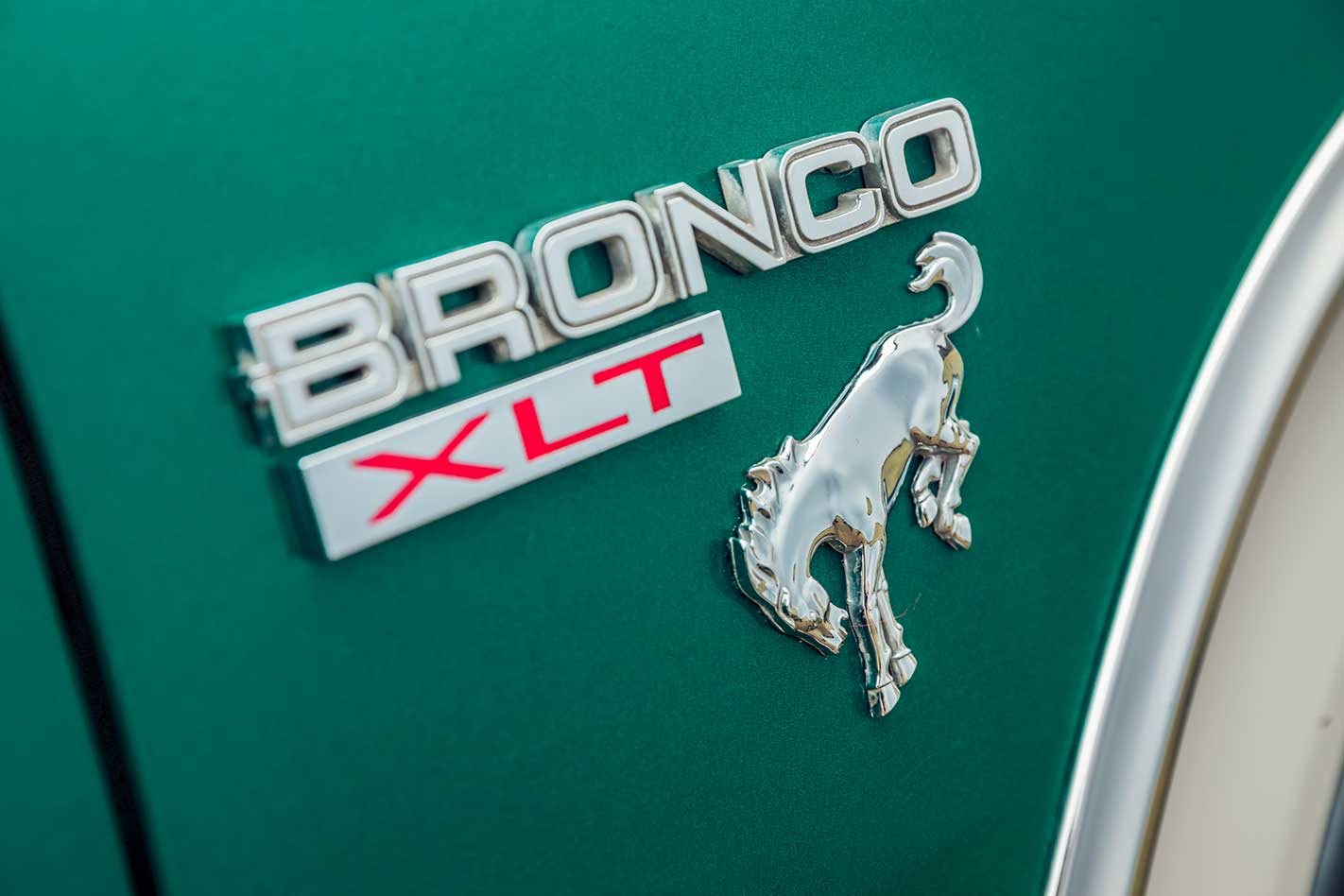 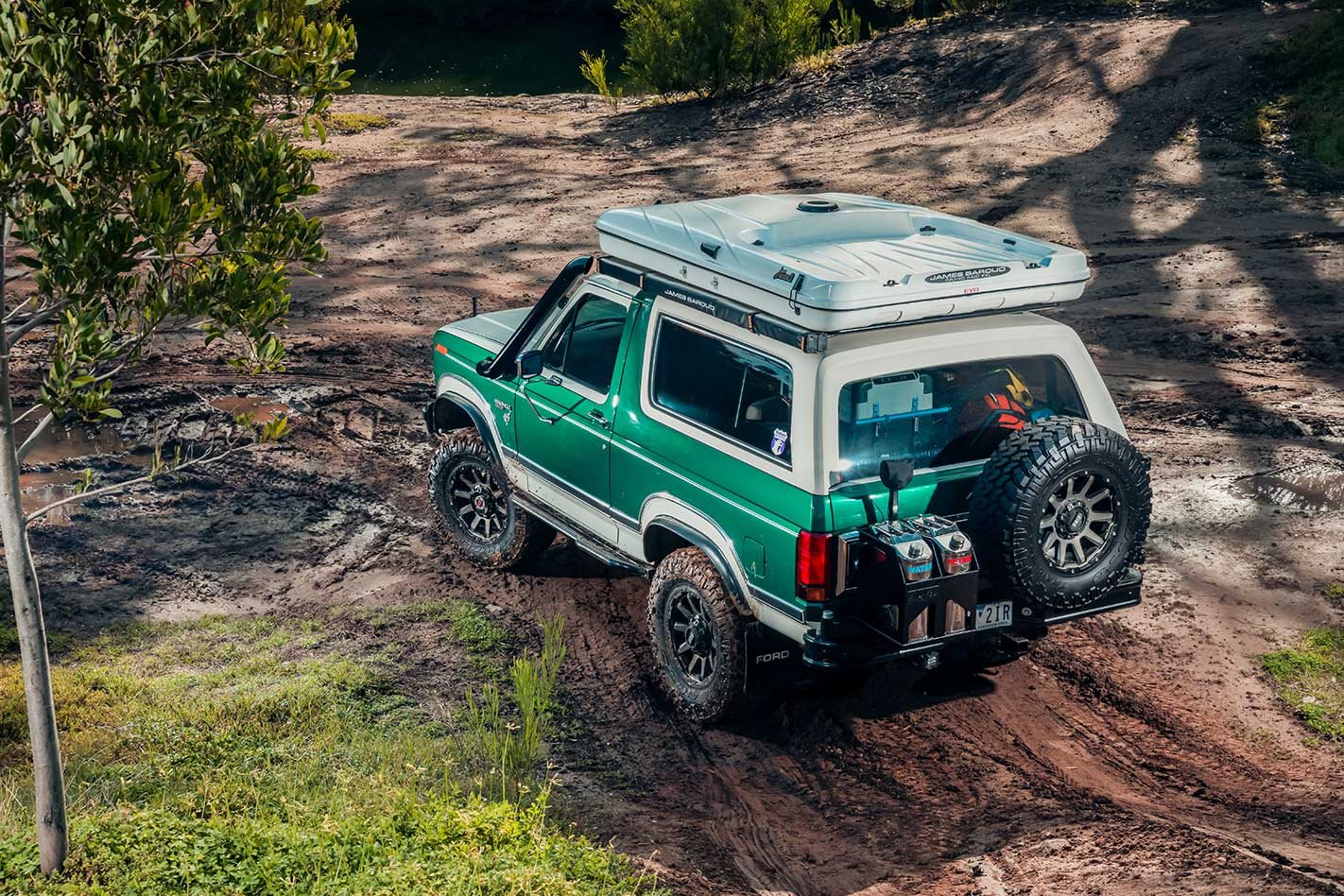 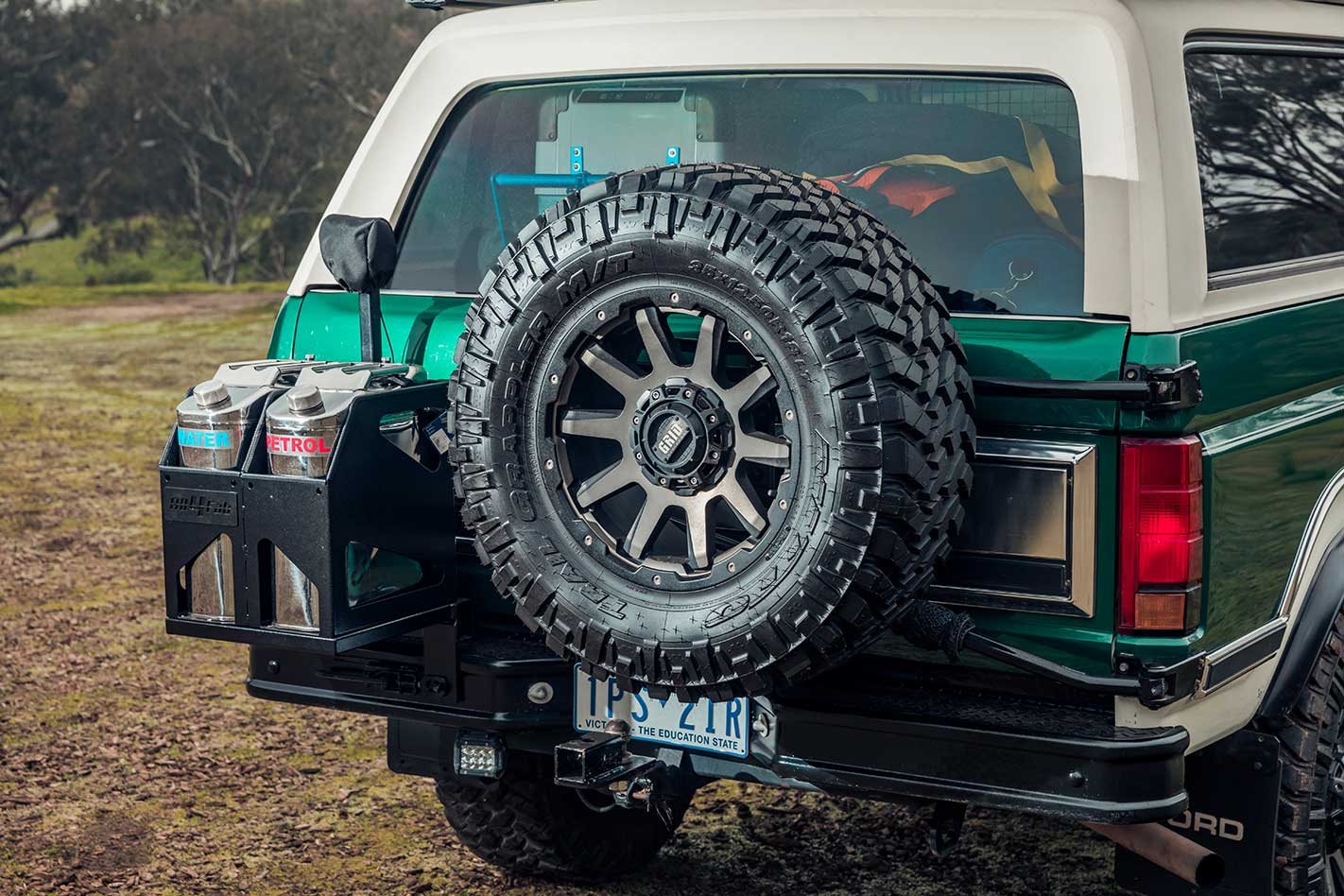 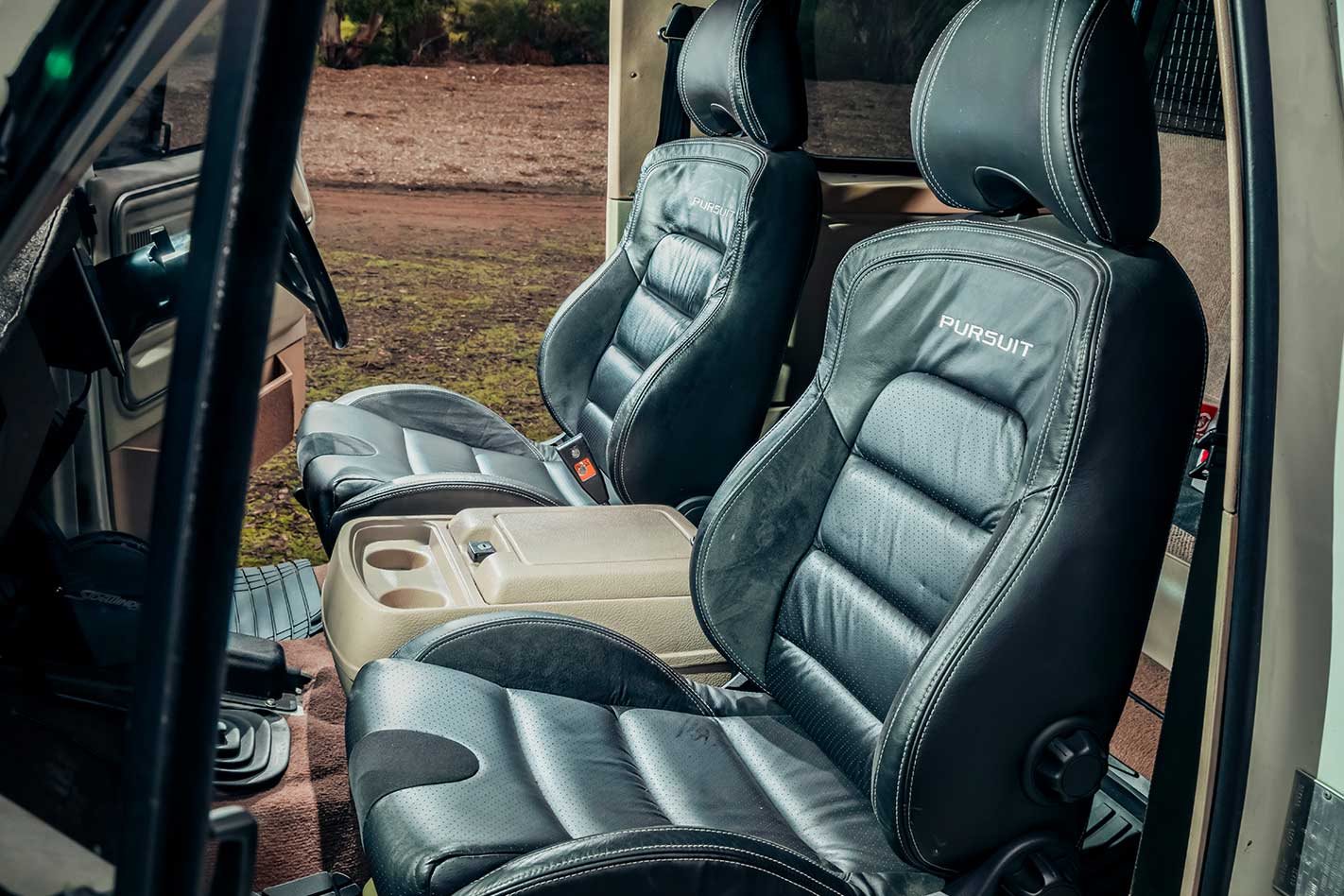 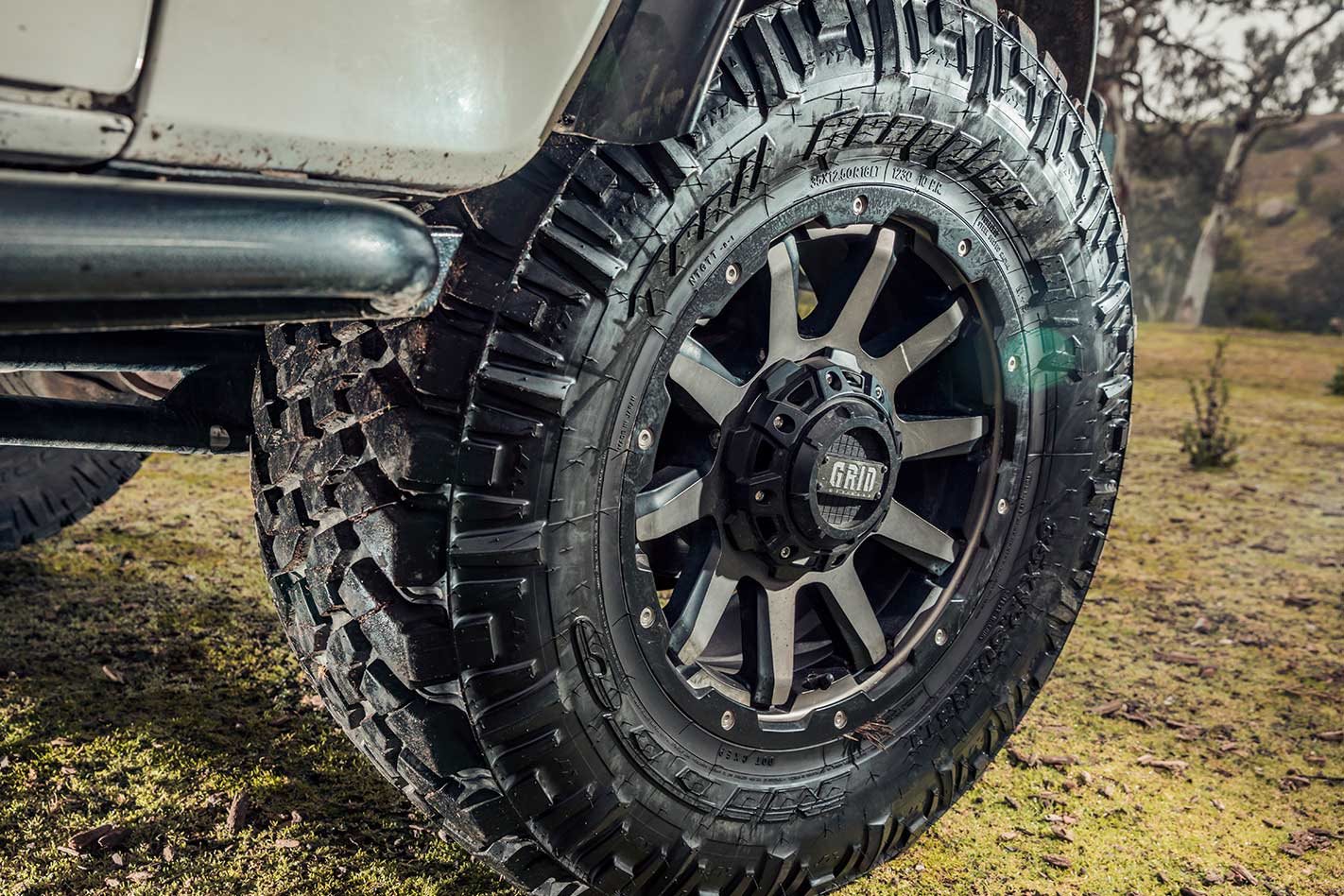 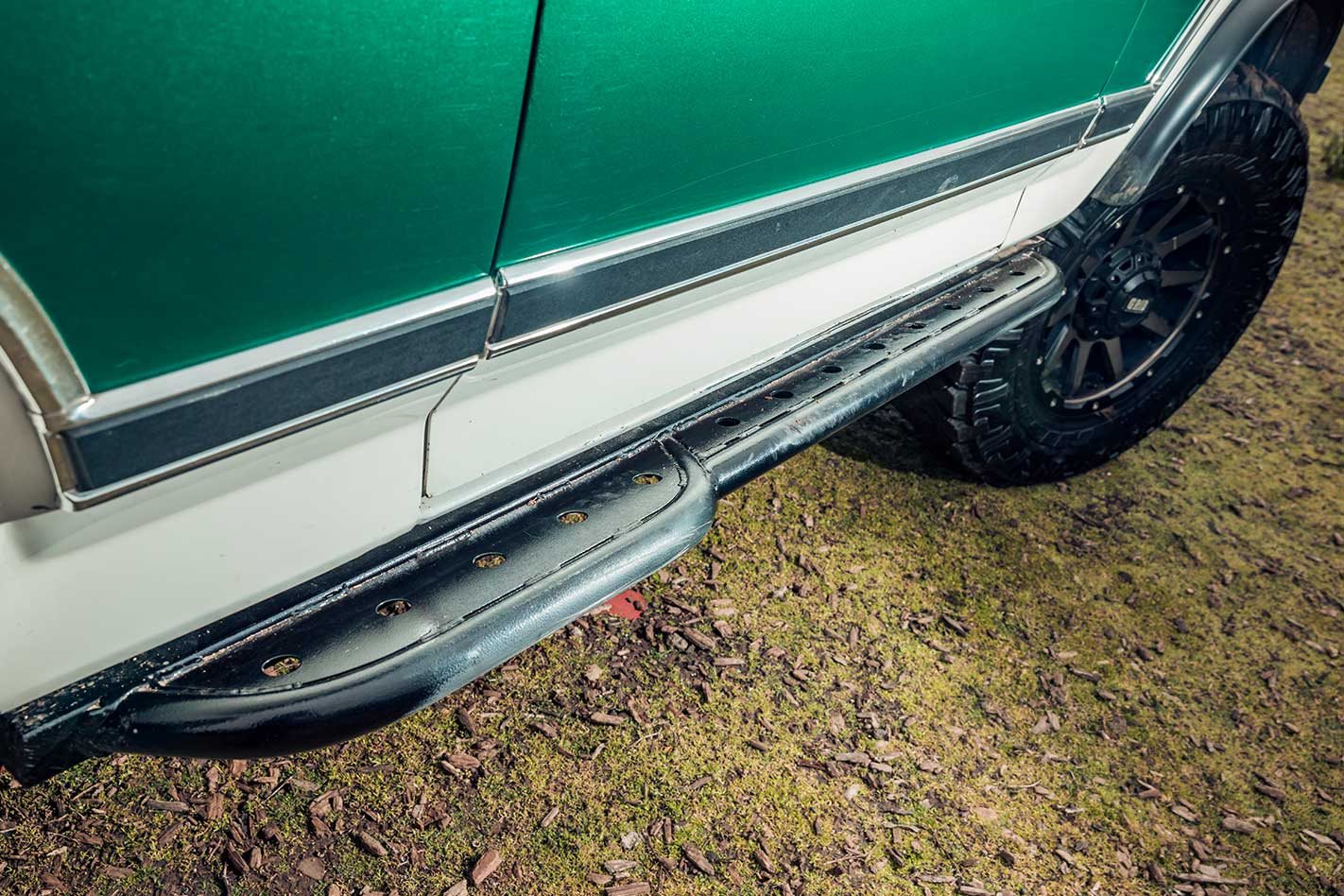 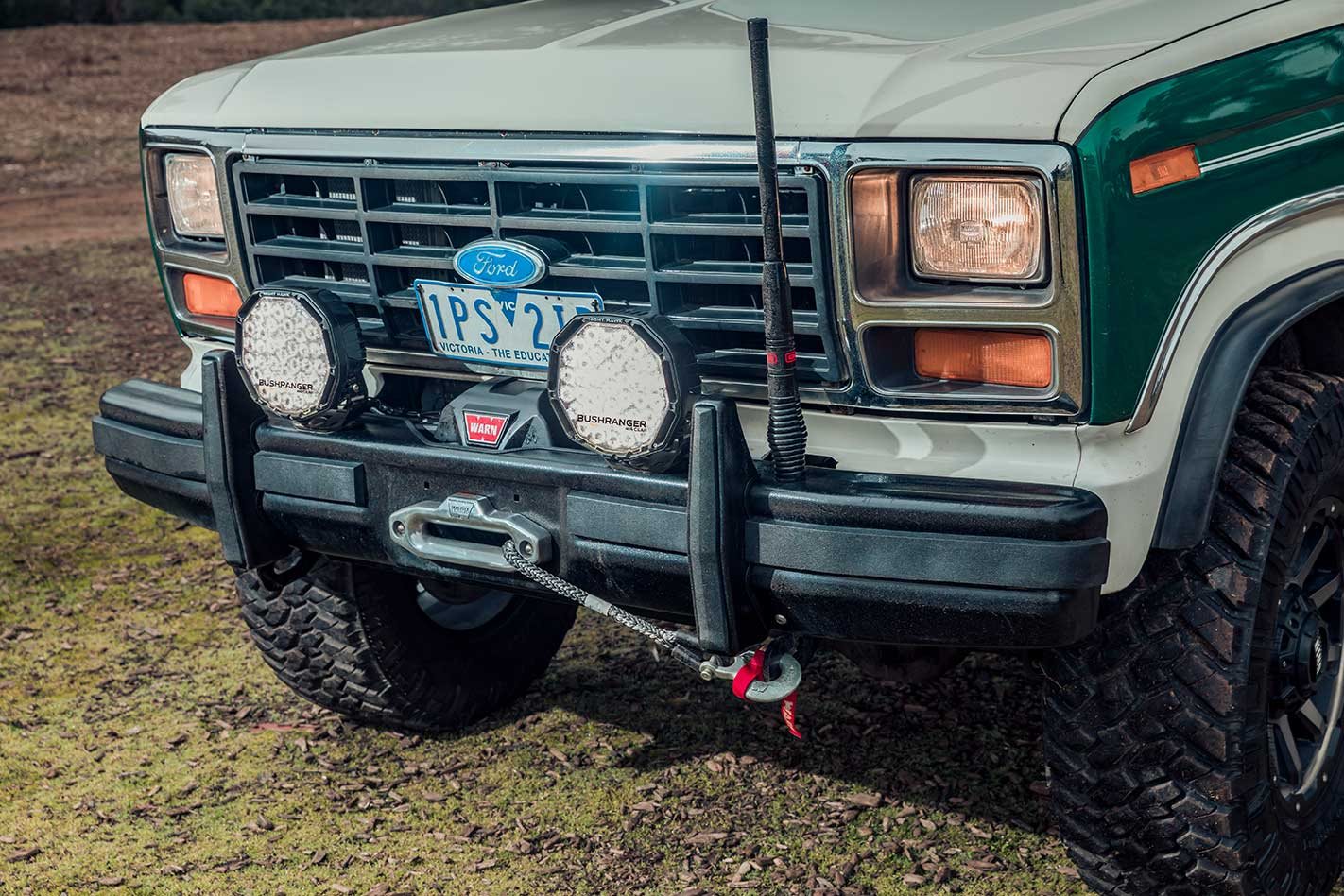